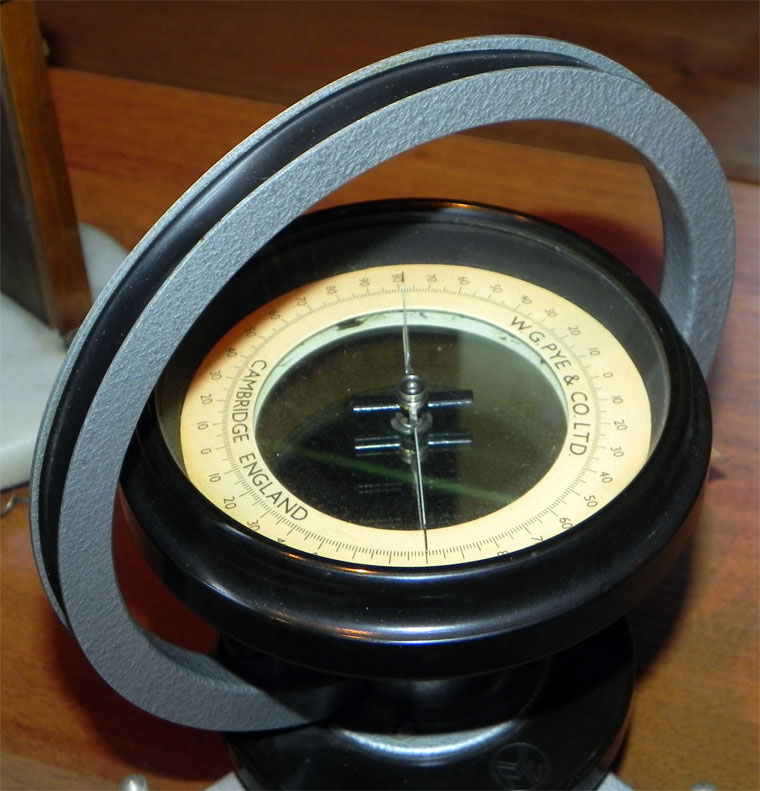 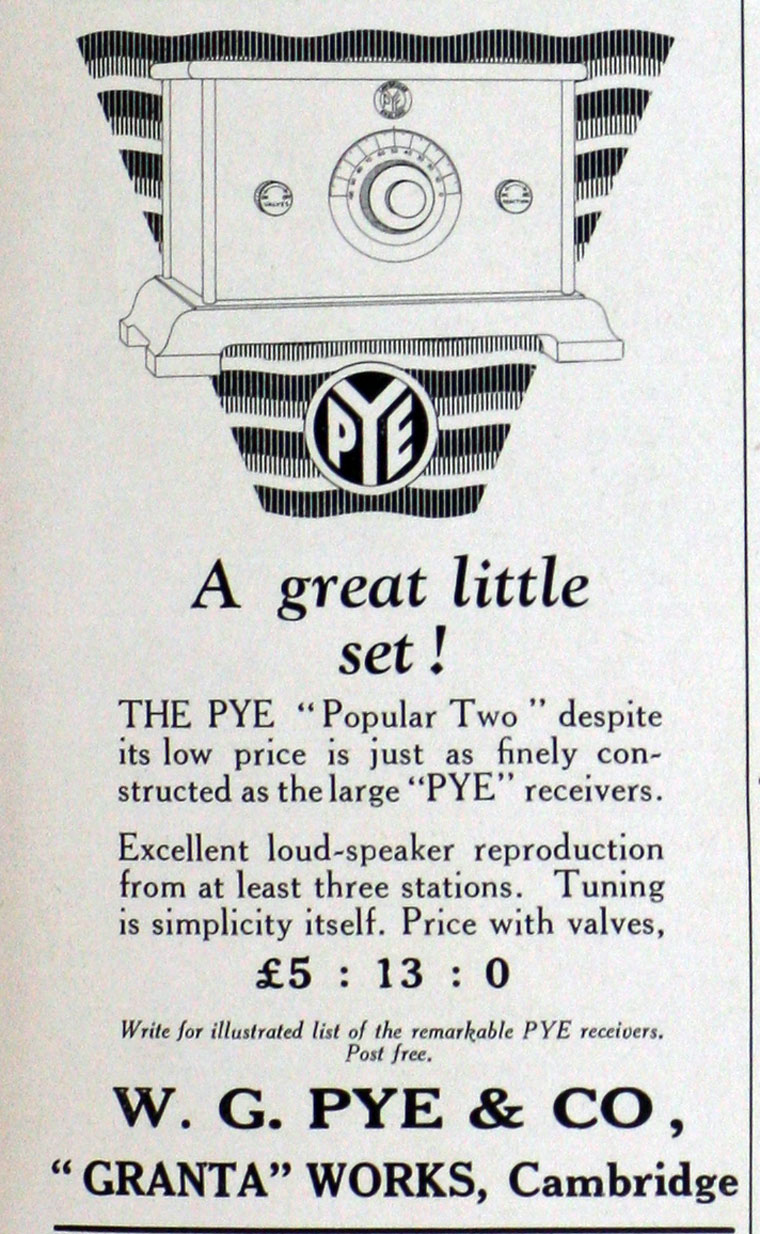 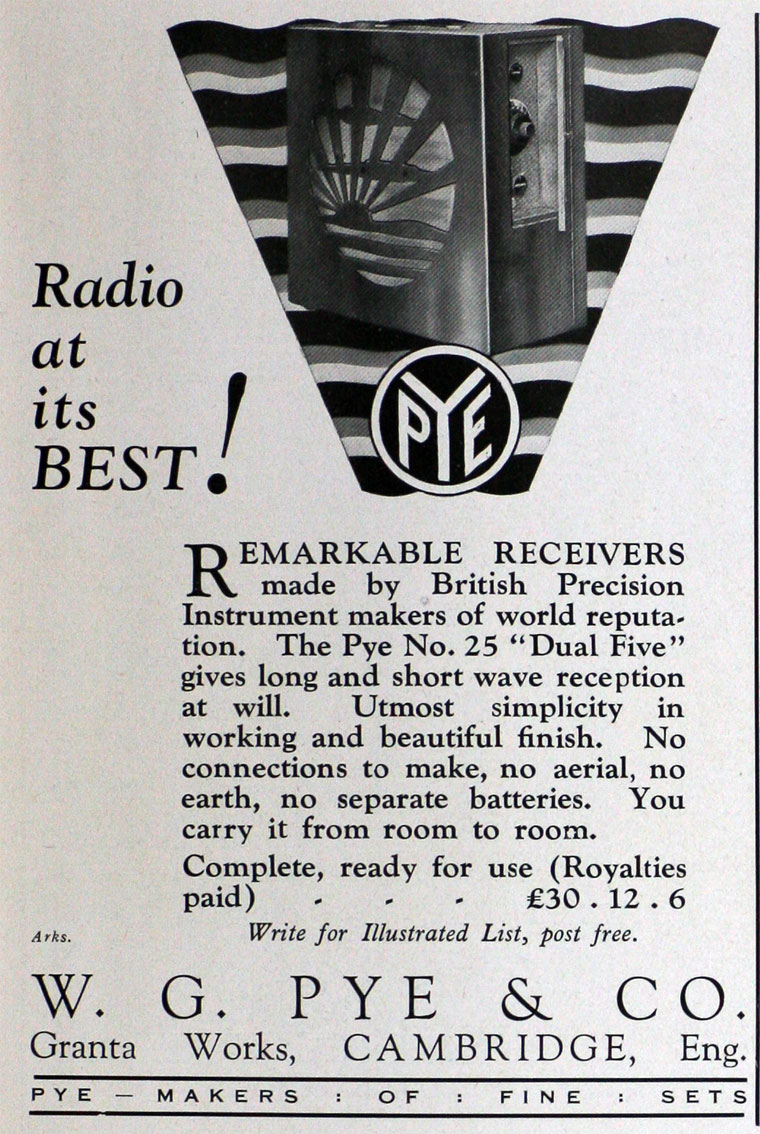 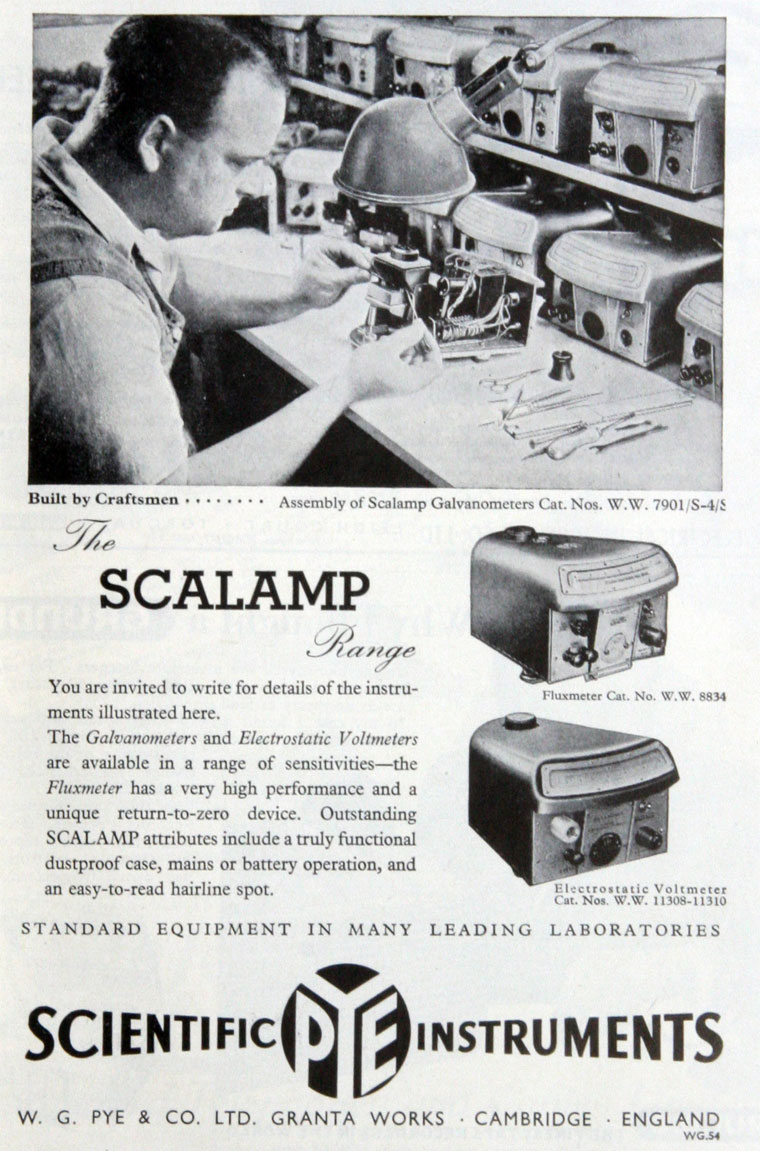 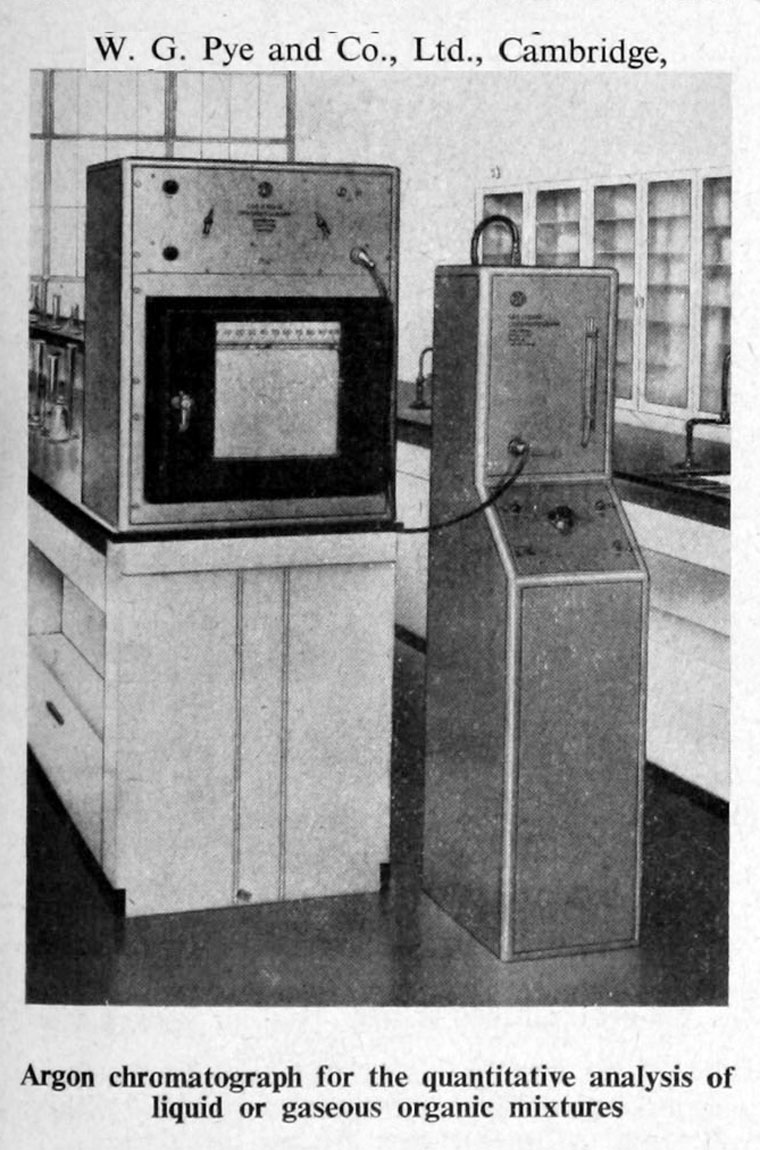 1909 "NOTICE is hereby given, that the Partnership which has for some time past been carried on by William George Pye and William Thomas Pye, under the firm of "W. G. PYE, AND CO.," at Granta Works, Mill-lane, Cambridge, in the trade or business of Scientific Instrument Makers, was this day dissolved by mutual consent."[1]

1914 By the outbreak of World War I, the company employed 40 people manufacturing instruments that were used for teaching and research. The war increased demand for such instruments and the War Office needed experimental thermionic valves.

The manufacture of these components afforded the company the technical knowledge that it needed to develop the first "wireless" (as early radios were called) when the first UK broadcasts were made by the BBC in 1922.

1922 A radio branch was formed by T. A. W. Robinson. The company started a wireless components factory at Church Path, Chesterton and the series of receivers that it made were given positive reviews by Popular Wireless magazine.

1924 Harold Pye, son of the founder, and Edward Appleton, his former tutor at St. John's College, designed a new series of receivers which proved even more saleable.

1928 W. G. Pye offered the radio branch of the business to Charles Orr Stanley who borrowed £60,000 from the bank having demonstrated a portable radio to them[4]. Pye Radio Ltd was formed to acquire the radio business[5]; Stanley went on to establish a chain of small component-manufacturing factories across East Anglia.