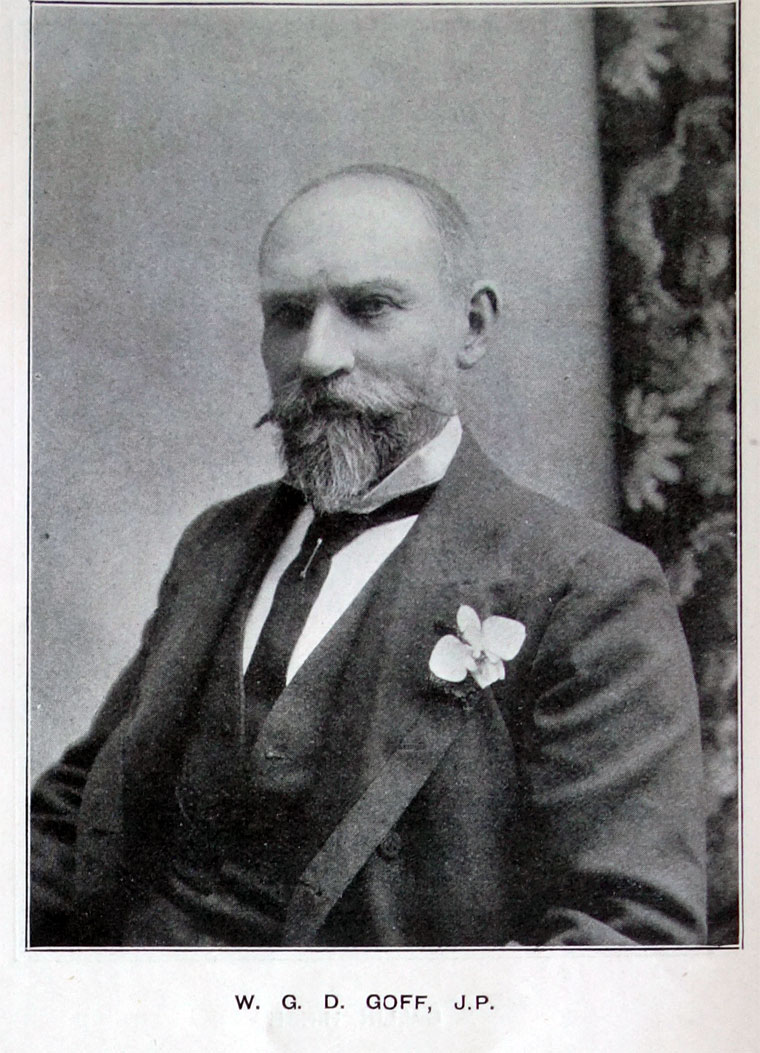 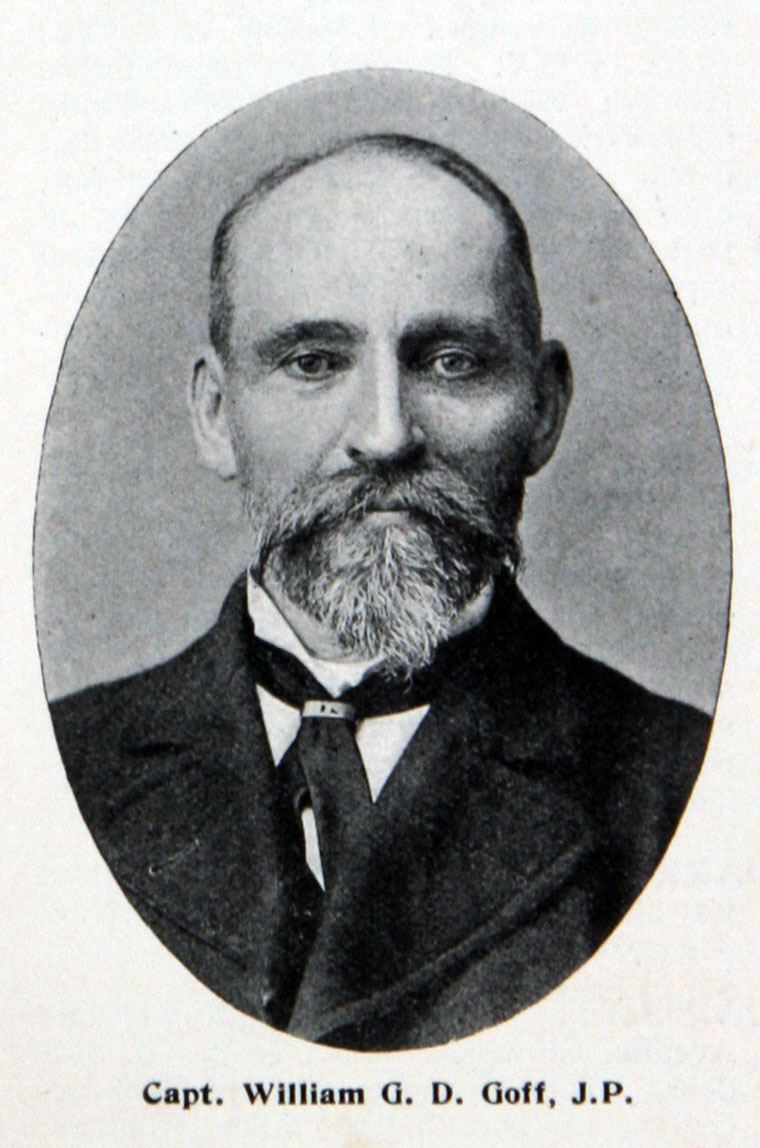 1904 GOFF, Capt. W. G. D., Glenville, Waterford, Ireland. Cars: Motor bicycle, de Dion motor tricycle, Oldsmobile, 12-h.p., 16-h.p., 18-h.p. Napiers. Total distance travelled since becoming a motorist: 25,000 miles (since 1897). Principal aim in furthering automobilism: As an amusement, both healthy and useful, and calculated to develop an industry which will eventually, like the bicycle industry, be of great benefit to all classes of the community. Is chairman of the Irish Automobile Club, and captain in the Motor Volunteers. Clubs: Kildare Street (Dublin), Constitutional London), A.C.G.B. & I. (Founder Member). [1]

1909 President of the Irish Aero Club

1917 Obituary [2]. Born 1838. Married 1866 to Anna Hassard. Son Herbert W. Goff (born 1870). One of the founders of the Dunlop Pneumatic Tyre Co of which he was chairman for many years. Chairman of the Irish Automobile Club.

GOFF, W. G. D.- Born in 1838, and a graduate of Trinity College, Dublin, Mr. W. G. D. Goff was for two years in the 2nd Dragoon Guards (Queen's Bays). Amongst his principal pursuits and amusements are yachting and shooting. In the former both his sailing and steam yachts have achieved very considerable successes in the sporting events of 1883 to 1896. In the latter, as a member of the Irish rifle team, he represented Ireland in many important events, amongst which may be mentioned the "Elcho Shield" competition as one of the most important he has taken part in. Since 1897 motoring has claimed Mr. Goff's attention, when he started with a Beeston motor tricycle. Amongst his subsequent cars were a 6 h.p. Panhard, a De Dion tricycle, Oriel tricycle, one built by Peare, of Waterford, and also a quad by the same maker, both of which are yet in constant use. Amongst later cars owned are 9 and 16 h.p. Napiers, a 10 h.p. four-cylinder Panhard, and the latest addition a 12. h.p. Napier. As is well known amongst automobilists, Mr. Goff is Chairman of the Irish Automobile Club, and a founder member of this Club.