Grace's Guide is the leading source of historical information on industry and manufacturing in Britain. This web publication contains 143,385 pages of information and 230,039 images on early companies, their products and the people who designed and built them. 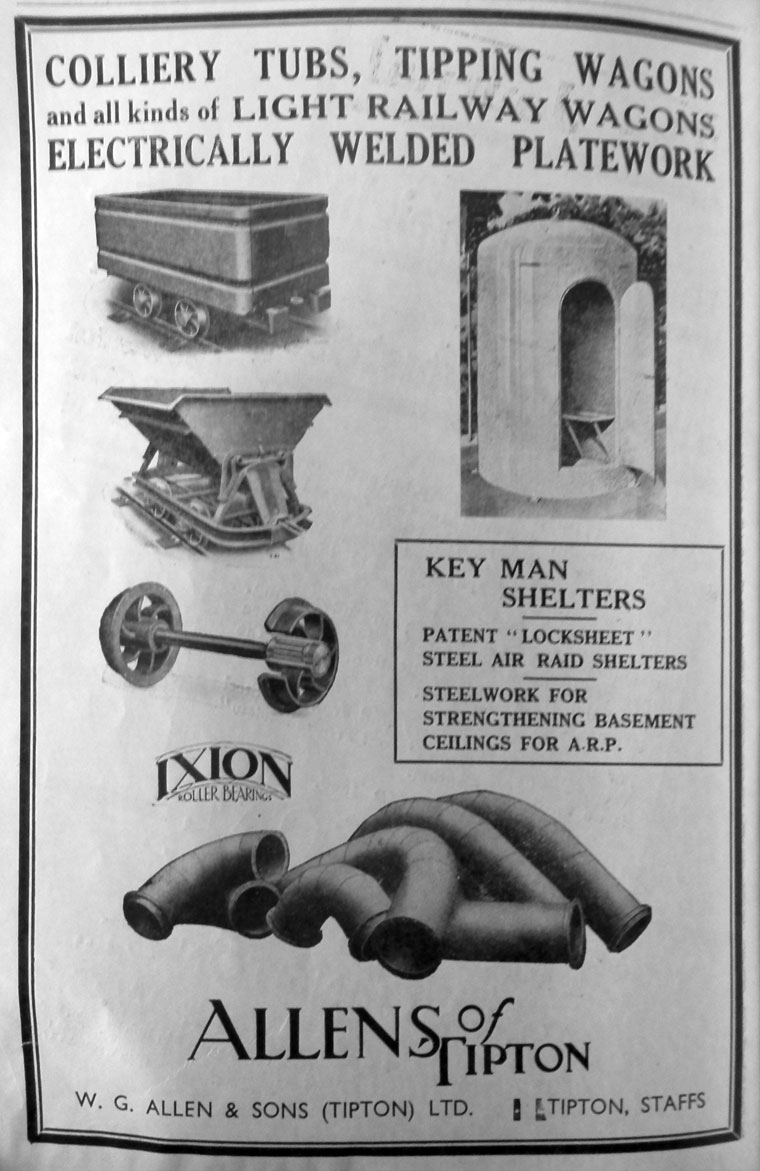 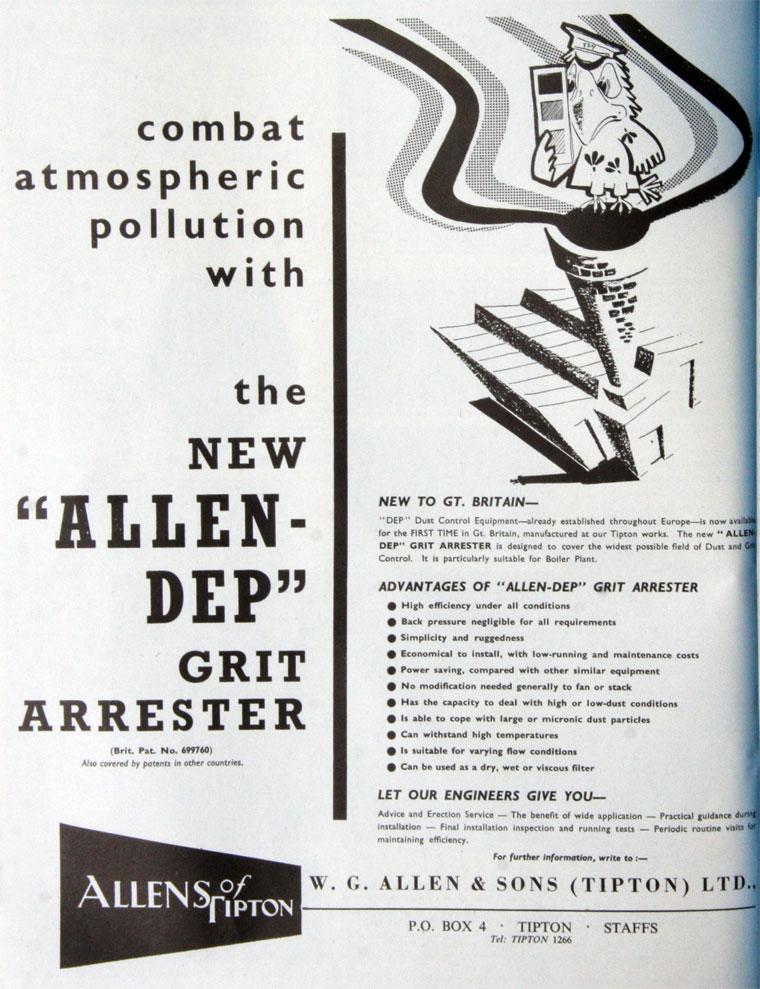 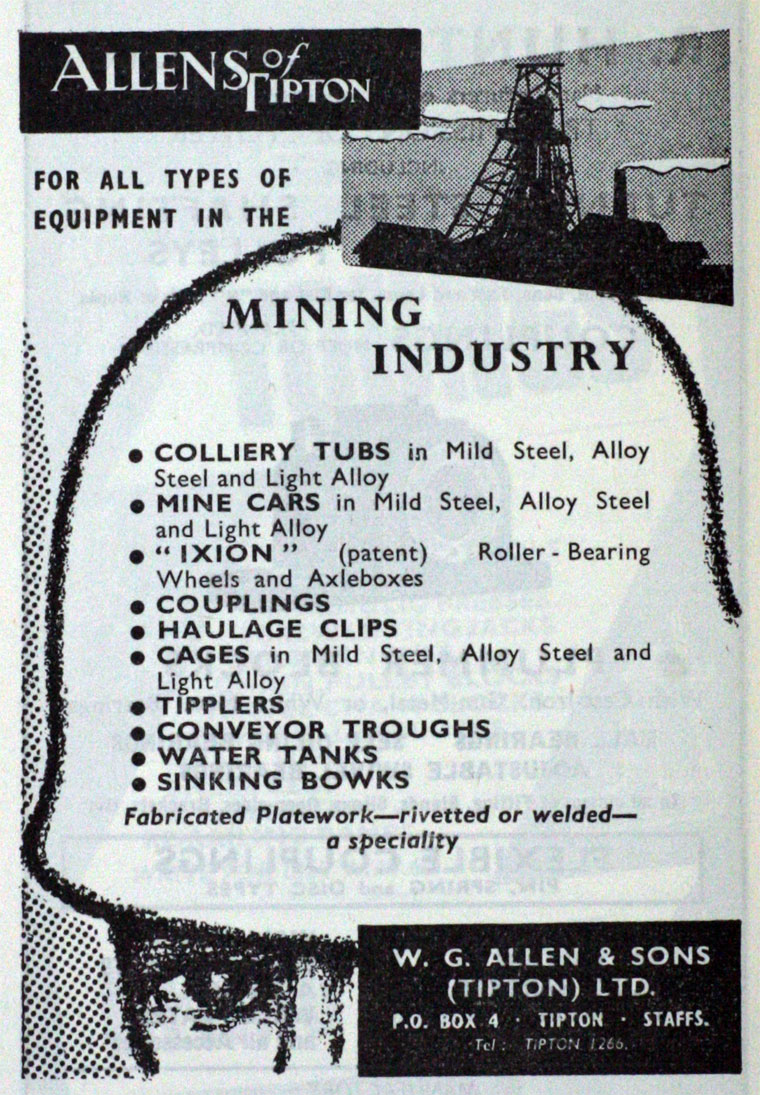 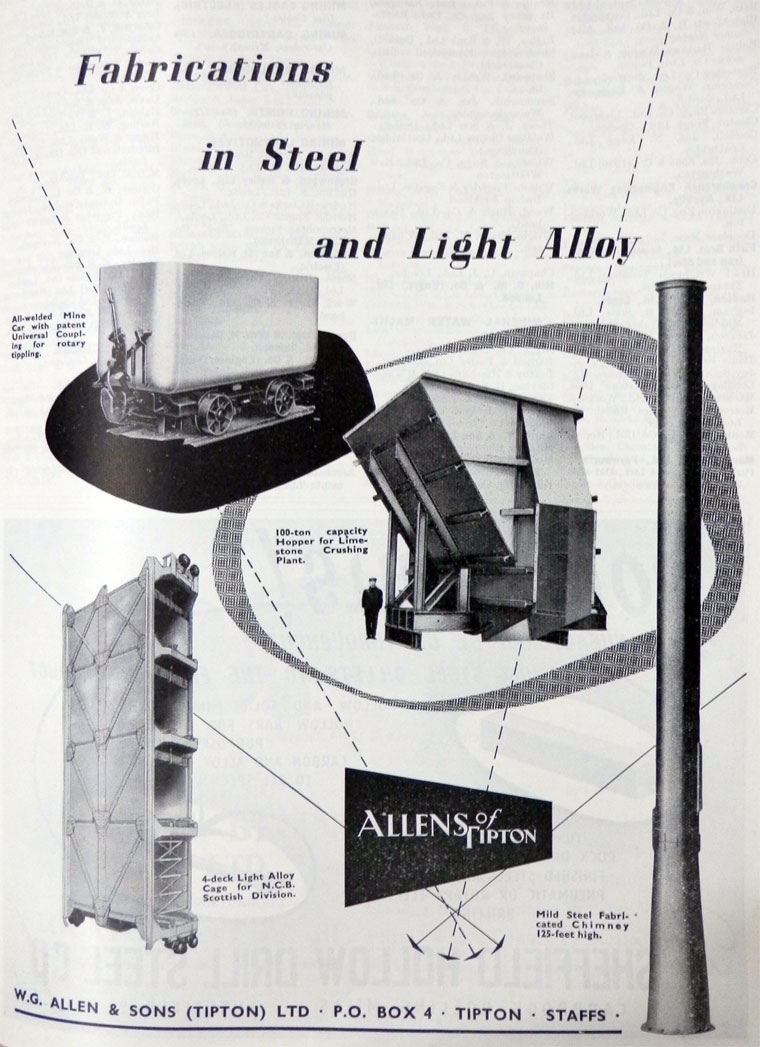 1939 Company made public. The company made pit tubs, light railway plant, welded steel work, boilers and a variety of other products[3]

1949 Arthur Dyson M.I.C.E. was chairman in place of Albert Weddell who had recently died[4]

Allens of Tipton was part of the W. G. Allen and Sons (Tipton) Group

1970 The company was involved in central heating and engineering; the Allens of Tipton subsidiary had made a loss[8]