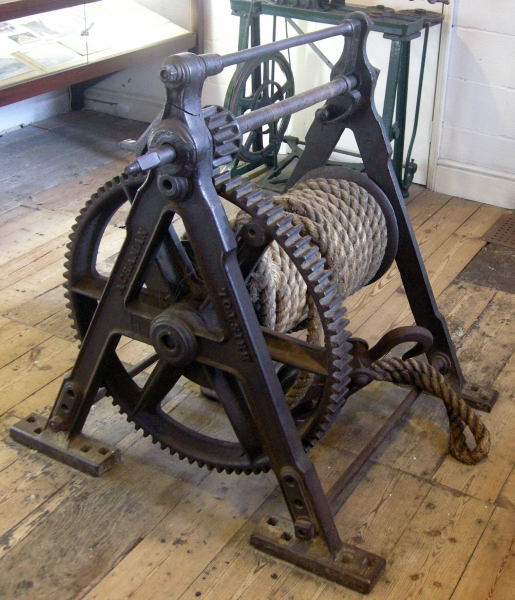 W. D. and W. E. Acraman hand winch at the Museum of Bath at Work

Exhibit (hand winch) at the Museum of Bath at Work‎. 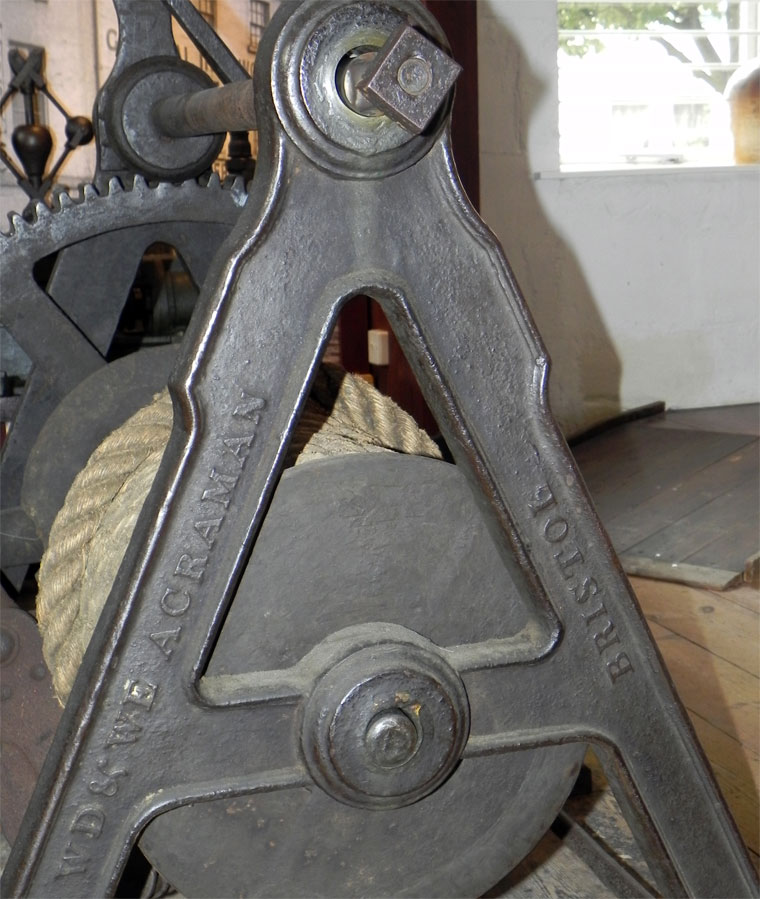 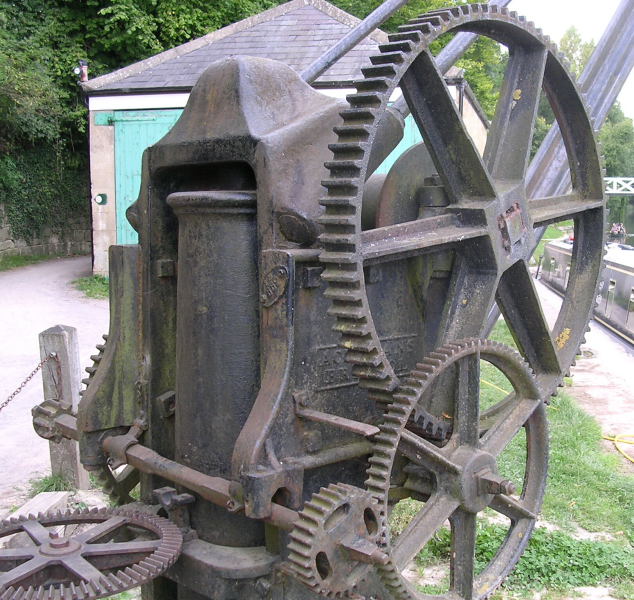 Acramans crane at Dundas Aqueduct near Bath, dating from 1825

Successors to Acraman and Sons??

By the 1830s it had become D. E. and A. Acraman (Daniel, Edward and Alfred Acraman, iron and tin plate merchants, wholesale ironmongers, iron and brass founders and engineers, Patentees and manufacturers of patent proved chain cables and anchors, Shalder's patent fountain pumps [2]

The business was ultimately to become Acramans, Morgan & Co

1827 Produced a cast iron swing bridge 'at the bottom of Clare Street' in Bristol, 'the first ever cast in this city'.[3] This would have crossed the Floating Harbour to connect St Augustine's Parade with Broad Quay. This part of the harbour has long been filled in.