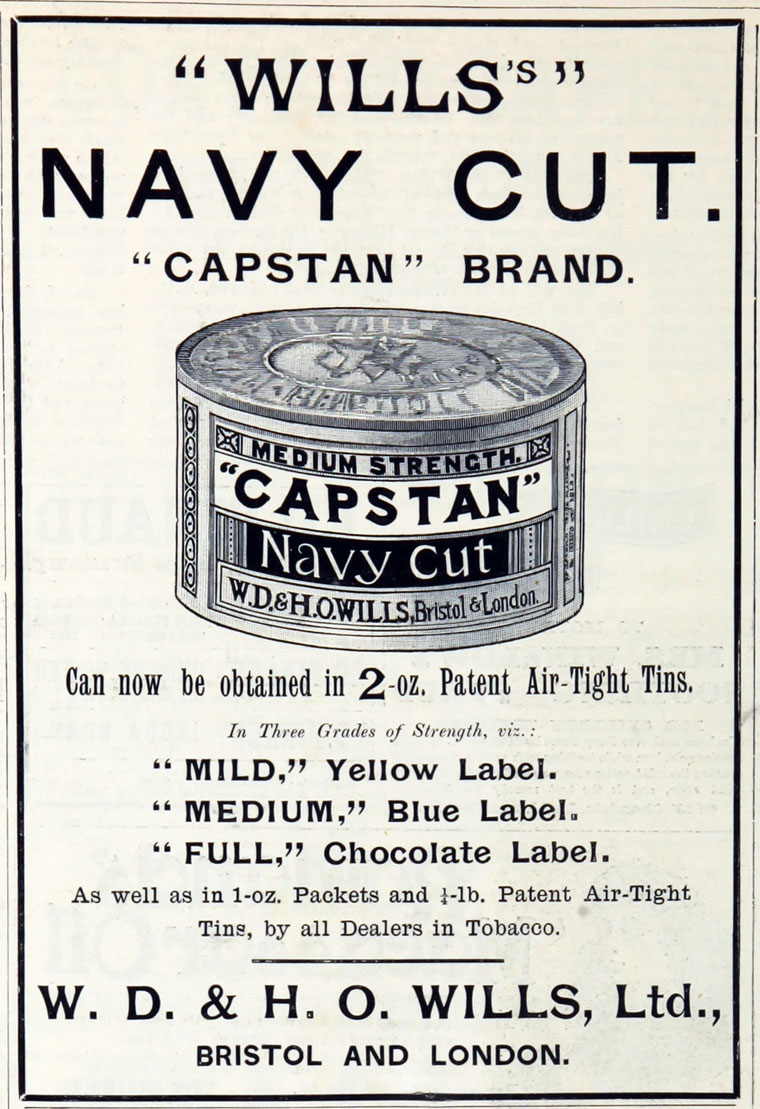 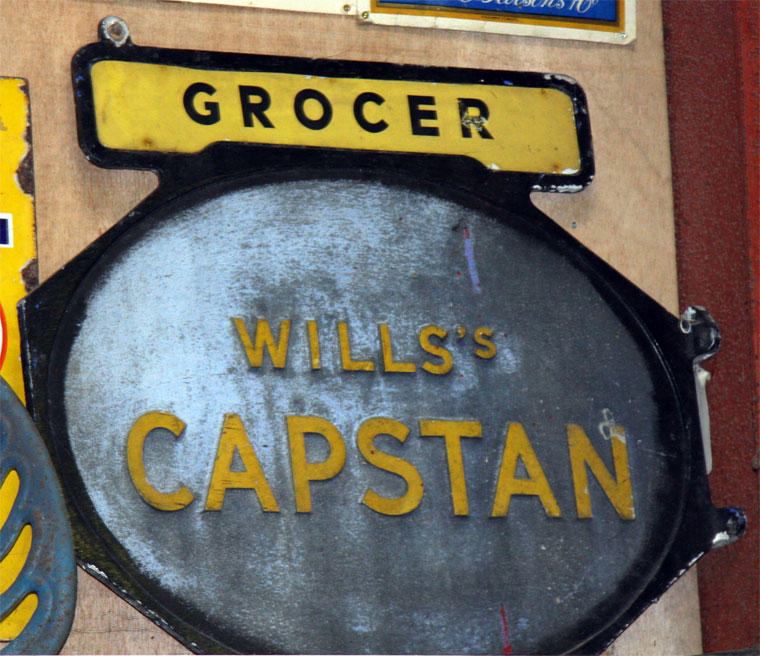 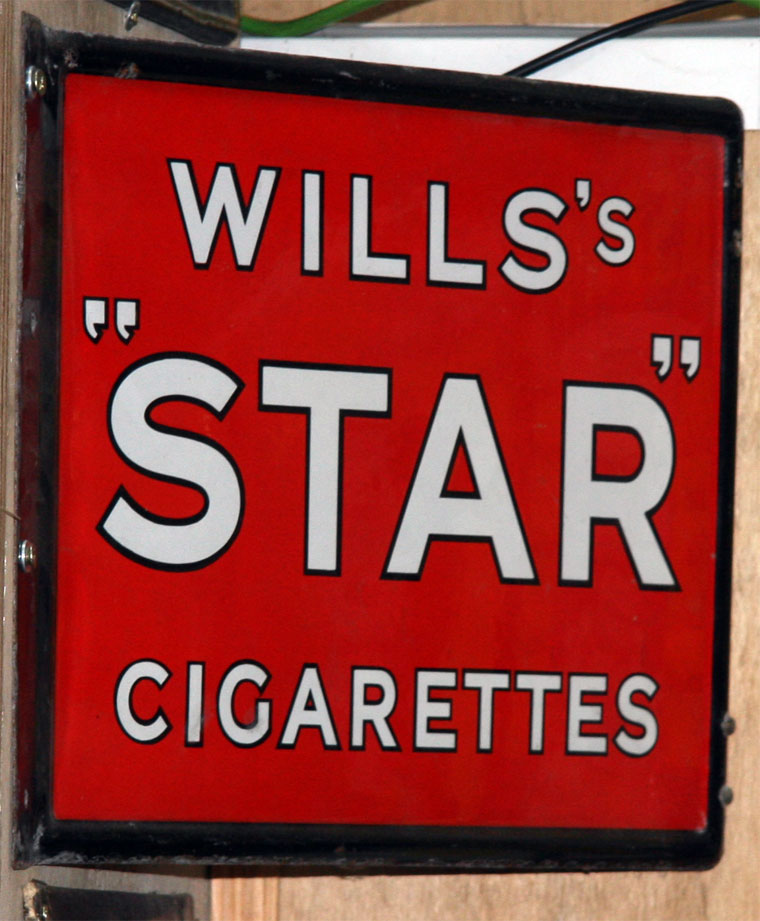 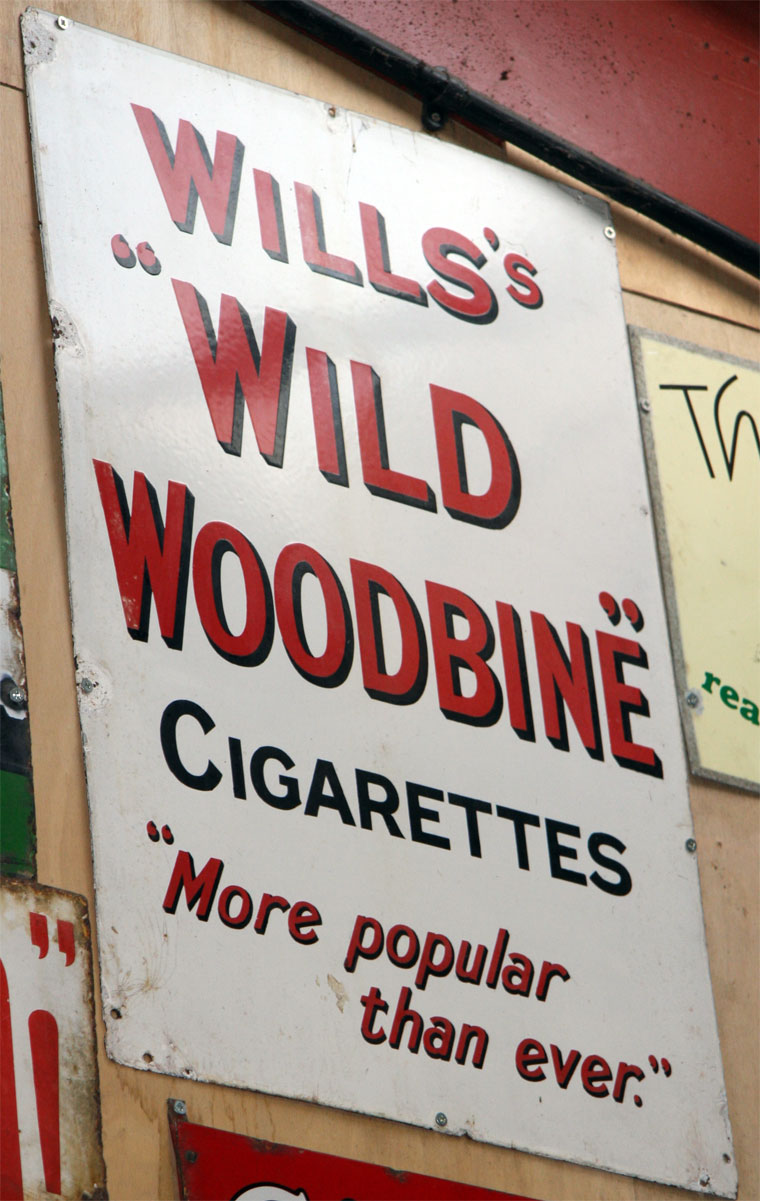 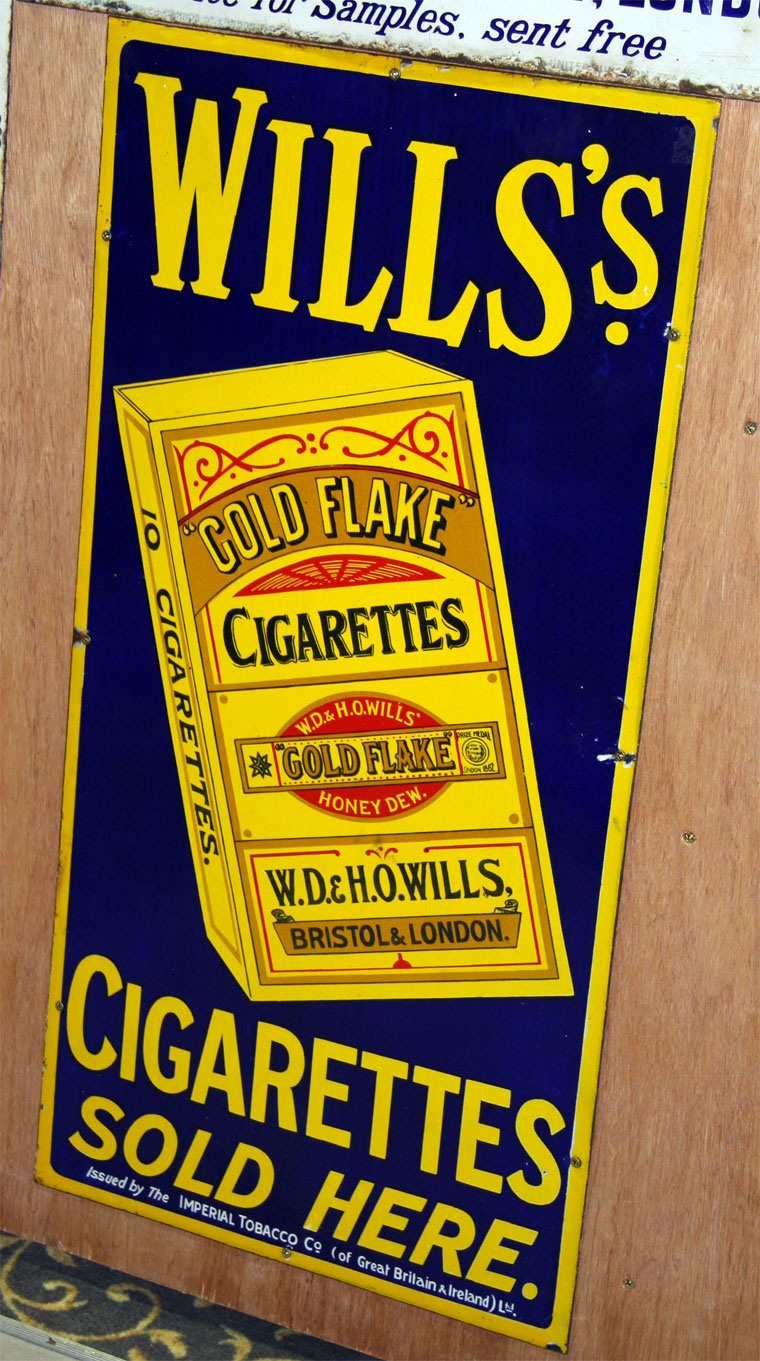 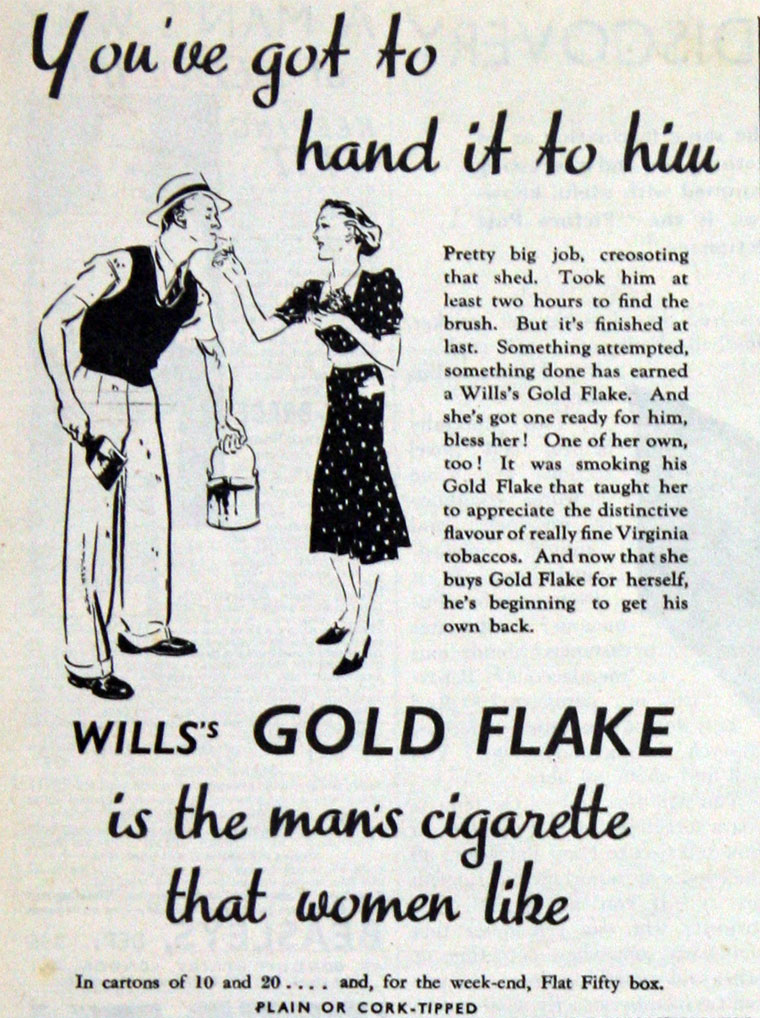 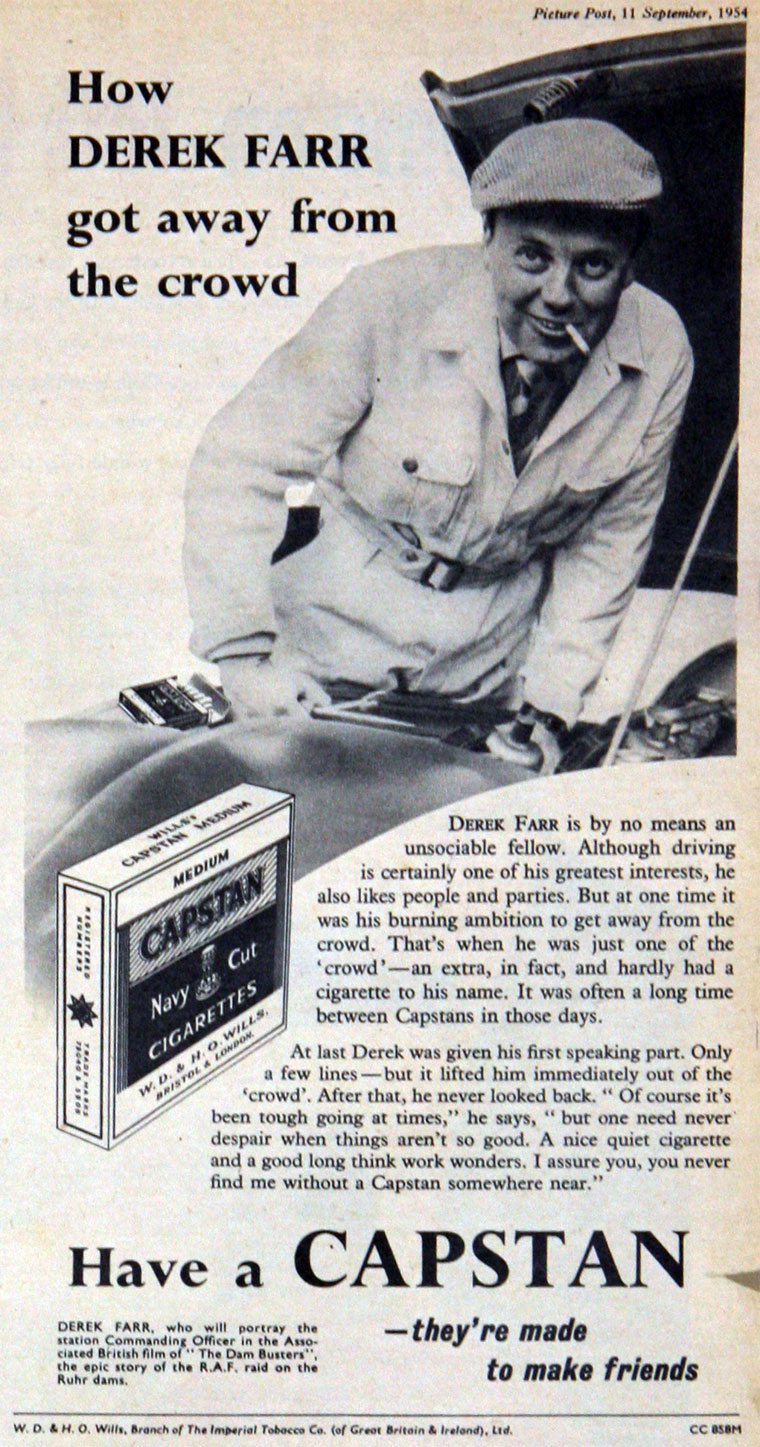 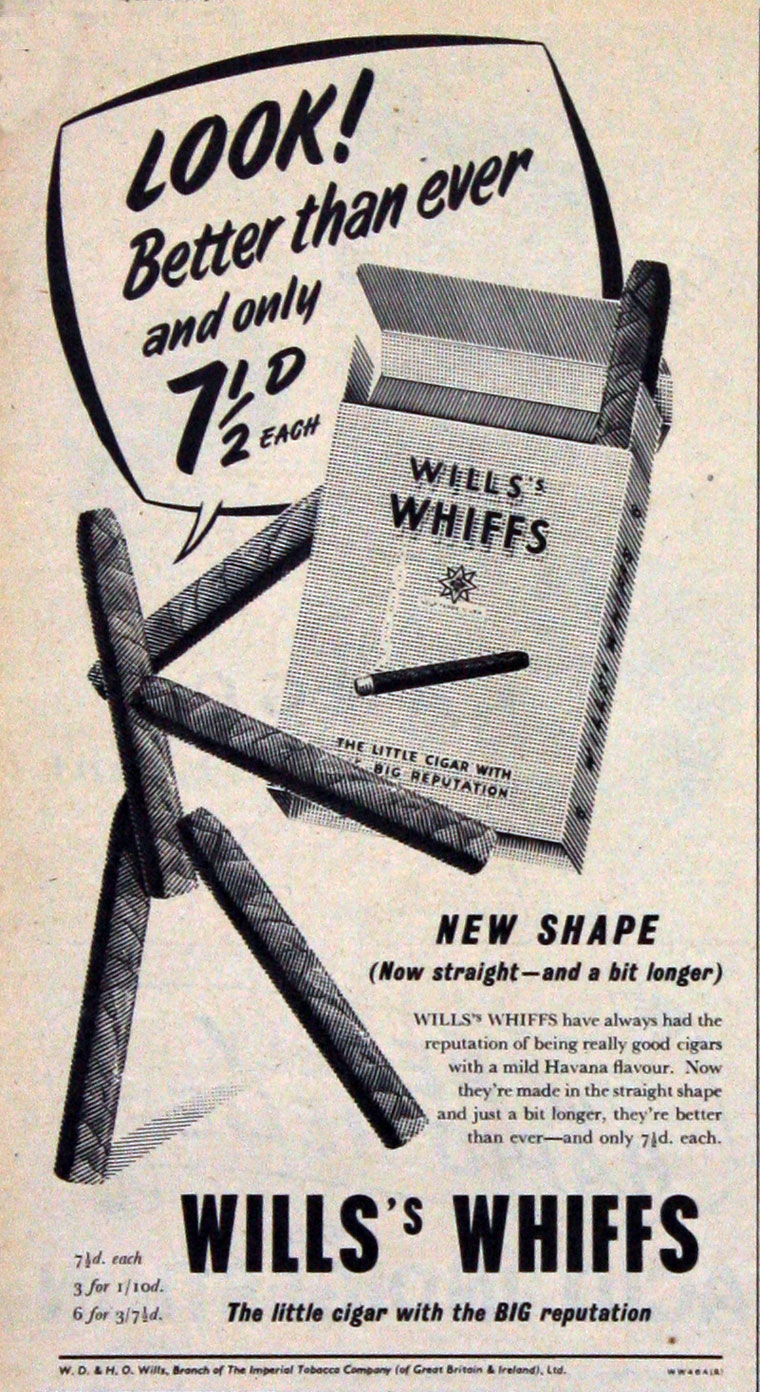 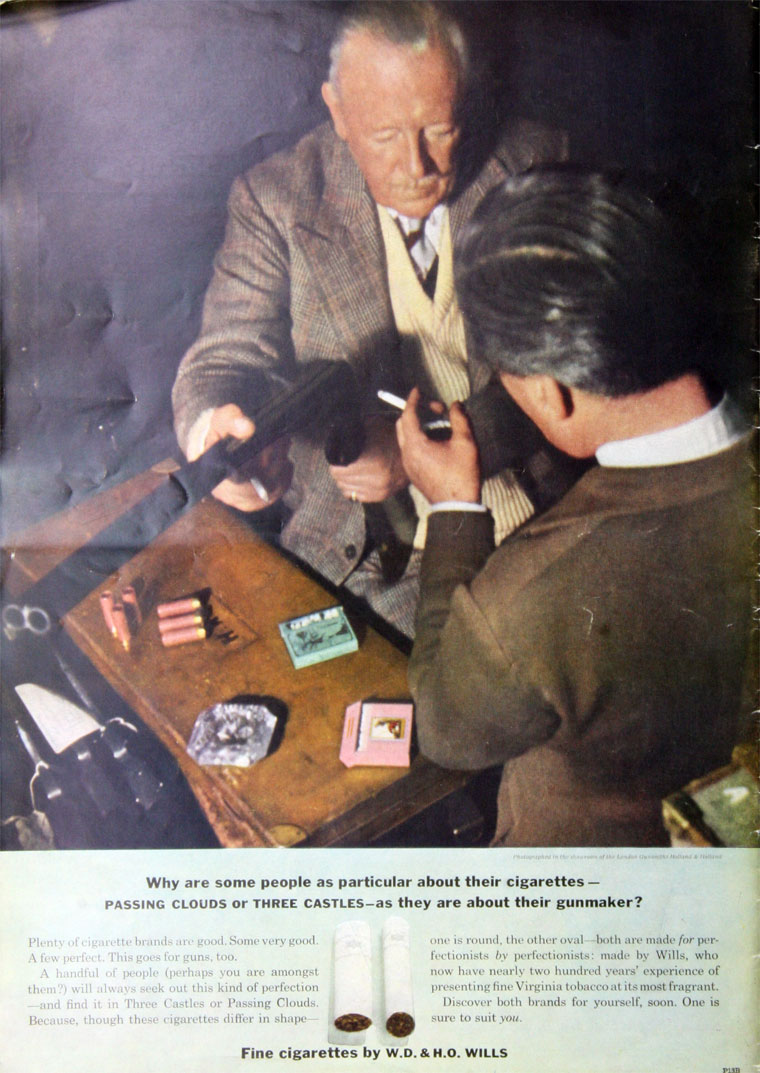 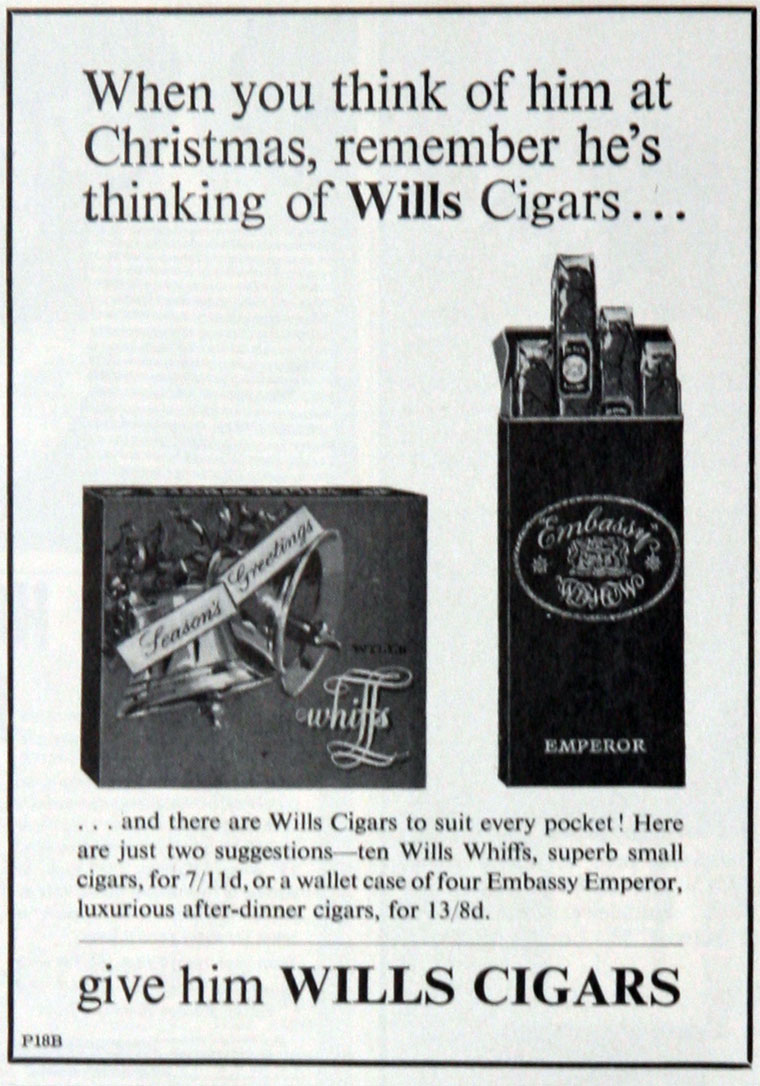 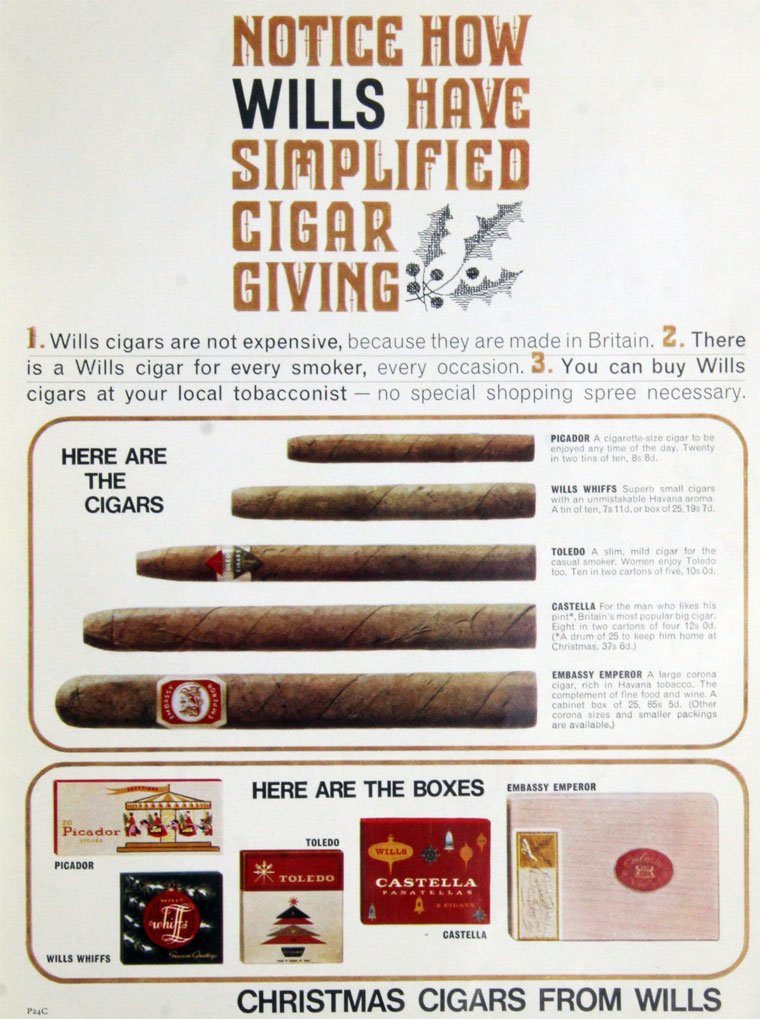 Wills of Bristol, maker of tobacco and tobacco products.

1786 The company was founded as Wills, Watkins and Co by Henry Overton Wills and his partner Watkins, who opened a shop in Castle Street, Bristol.

1789 After the retirement of his partner, it became Wills and Co

In 1826 his two sons, William Day Wills and Henry Overton Wills II took over the company.

1870s The company led the way in branding.

In 1894 Capstan Cigarettes a brand of unfiltered British cigarettes made by Imperial Tobacco was launched.

The company had factories and offices not only in Bristol, but also in Swindon, Dublin, Newcastle and Glasgow.

1962 "Embassy" was relaunched with coupons.

The last member of the Wills family to work in the company was Christopher, the great-great-grandson of H. O. Wills I. He retired as sales research manager in 1969.

1974 The largest cigarette factory in Europe was opened at Hartcliffe, Bristol and closed in 1990. The large factory and warehouse buildings remain prominent buildings on Bristol Harbour, though they have now been converted to other uses, such as the Tobacco Factory Theatre.

1986 The Newcastle factory closed and stood derelict for over a decade, before the front of the Art Deco building - which was preserved by being Grade II listed - reopened as a block of luxury apartments in 1998.

1988 The Wills brand was withdrawn in Britain.