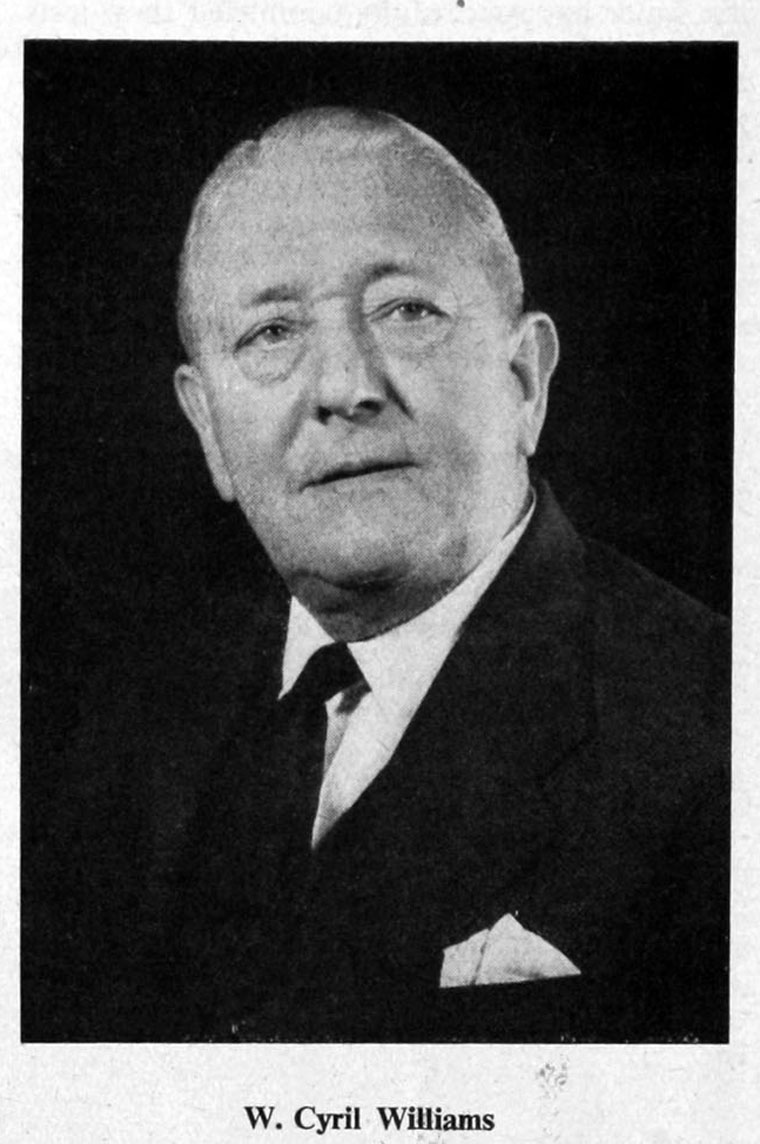 THE British locomotive industry has lost one of its distinguished members by the death of Mr. W. Cyril Williams, which occurred on March 5 at the age of sixty-nine.

He was a director and former sales director of Beyer Peacock and Co., Ltd., and was a past president of the Institution of Locomotive Engineers. Mr. Williams began his railway work in 1906 with an apprenticeship to the Natal Government Railways where his training, apart from the general workshop course included running shed, signal department, footplate and drawing office experience.

After army service throughout the first world war, Mr. Williams went to the U.S.A. and Canada in 1919, on behalf of the South African Railways, where he was responsible for the inspection of locomotives, wagons and other railway equipment. After one year there he came to London and acted for a short time as advisory engineer to the South African Railways. Subsequently he returned to duty in South Africa on the staff of the assistant general manager in Durban.

Up to the year 1923 Mr. Williams was principally engaged on special engineering test duties, in particular with locomotive performance, and was associated with the early tests of the Garratt articulated locomotive.

In 1923 Mr. Williams joined Beyer Peacock and Co., Ltd., and returned to this country as the firm's London representative. As such he was a pioneer in the promotion of British export trade in locomotives, and was an enthusiastic advocate of the advantages to be obtained by the introduction of the Beyer-Garratt articulated locomotive.

In due course he was appointed sales director of Beyer Peacock and Co., Ltd., and in 1945 was elected to the board. During the second world war his wide experience and knowledge of overseas railways was freely drawn upon by the War Office and the Ministry of Supply, and he actively participated in the work of his company on armament and locomotive production for the war effort.

Over the past thirty-one years Mr. Williams had travelled on railways in all parts of the world including the whole of the African continent and the South American continent.