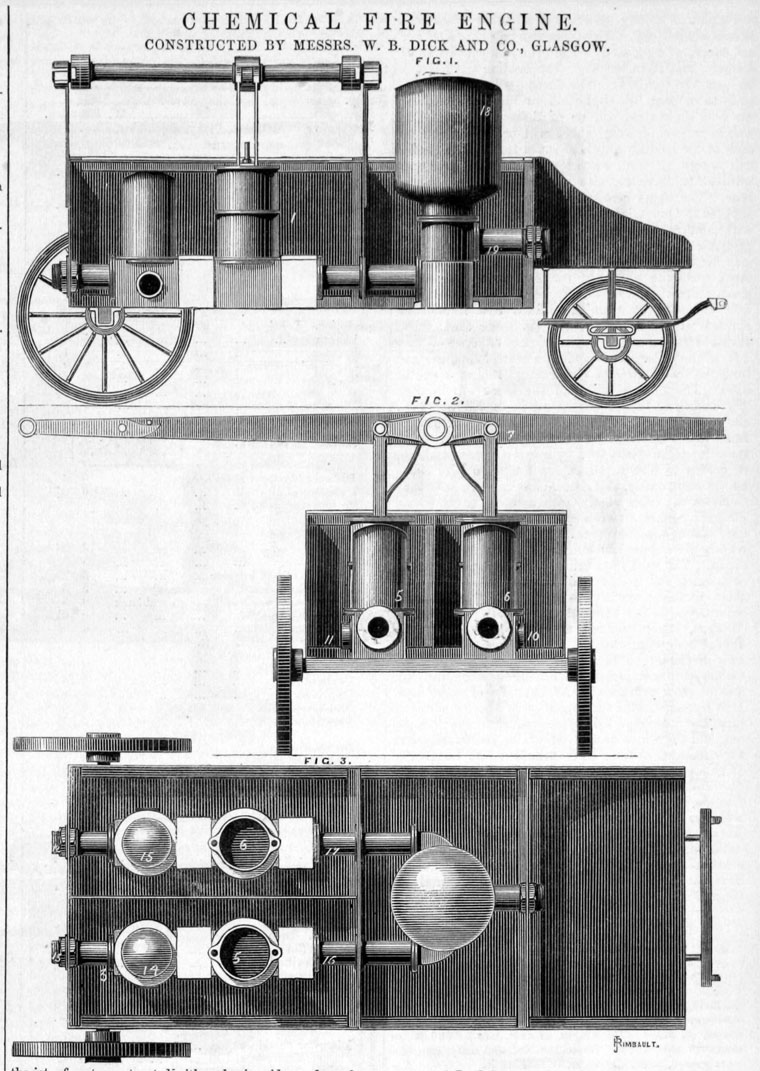 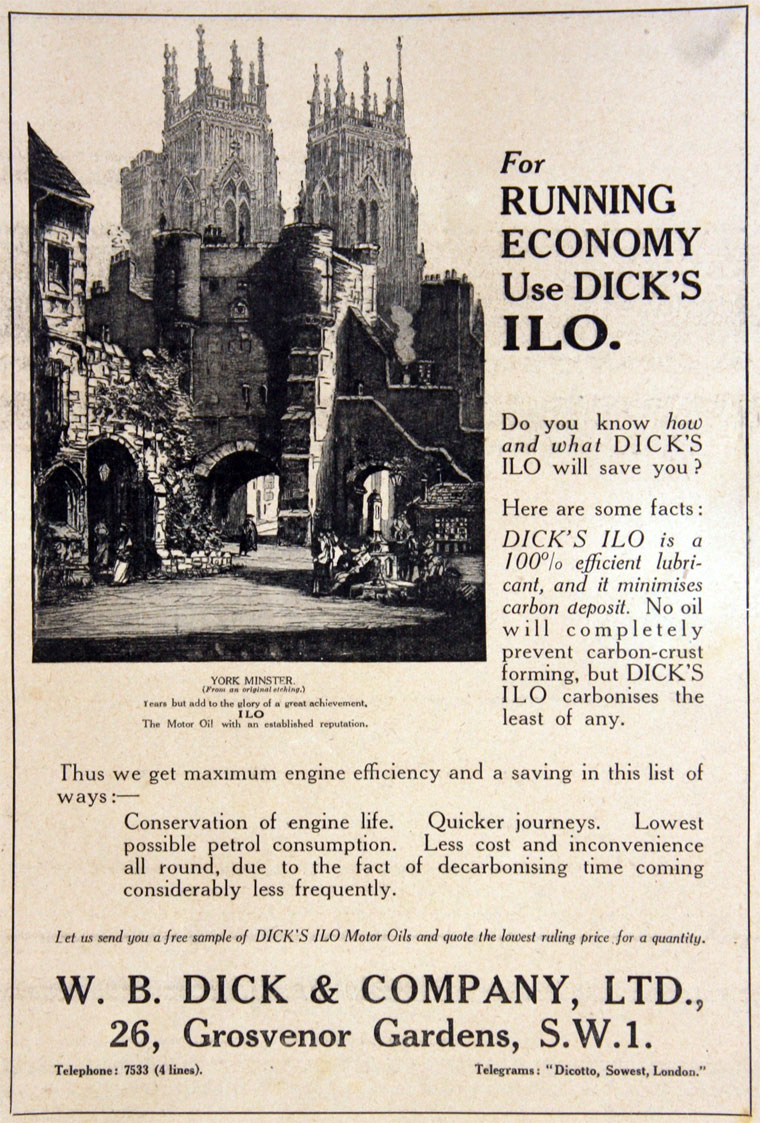 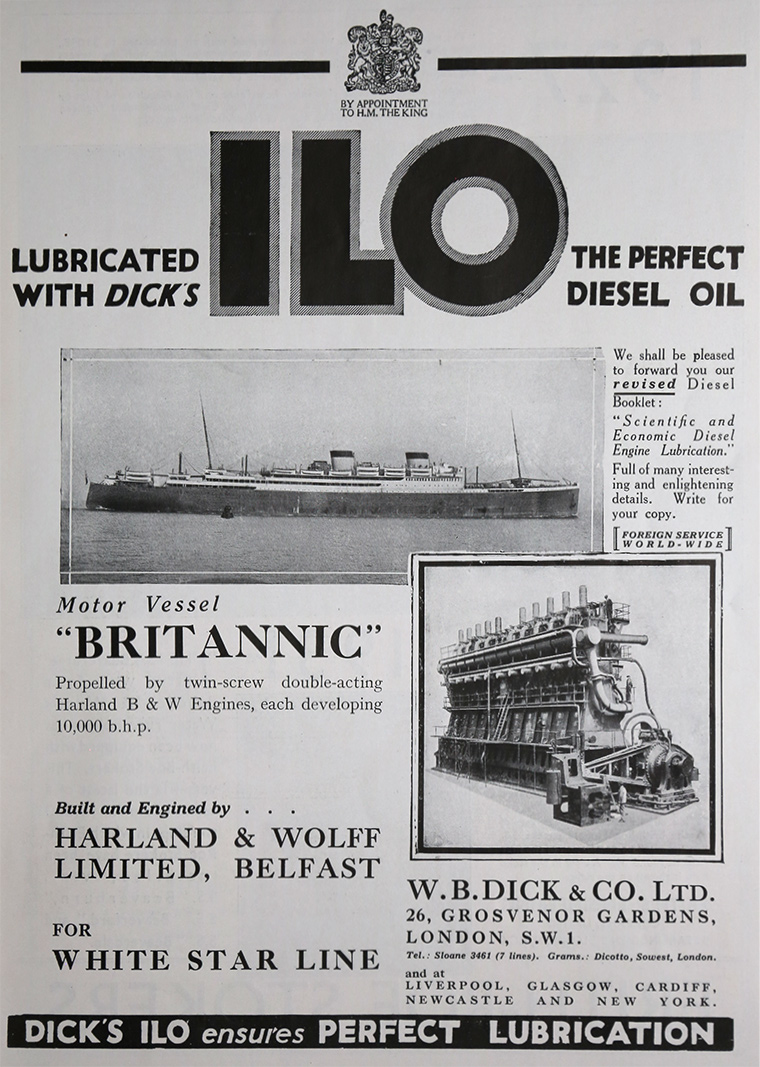 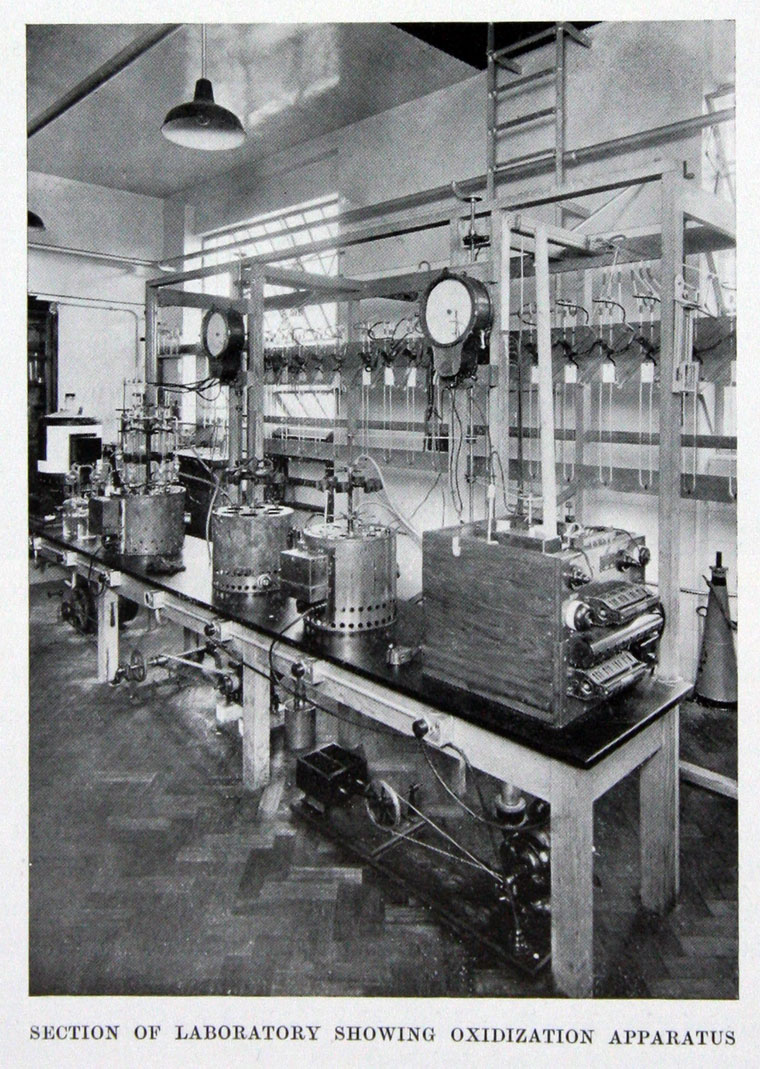 1856 (James Young) is suggested [3] and [4] to have first produced paraffin oil on Dick's premises in Glasgow. Young had been involved in paraffin extraction from natural sources at Alfreton from 1847-50. Subsequently he was involved in producing paraffin from coal at his works at Bathgate from 1851. Later authors consider this claim relating to Dick to be poorly founded.[5] and [6] not least because it is not clear that Dick's business was involved in oil merchanting until a later date, so the situation is far from clear.

1859 Dissolution of the Copartnery Concern of MORE and DICK, Manufacturers of Rivets, etc., at the Clyde Rivet Works, Glasgow, of which the Subscribers were the sole Partners, on the 1st day of January last, by mutual consent. The Subscribers, William B. Dick and Margaret Bruce Dick or Kerr, who now carry on the Business under the Firm of W. B. DICK & Co,, will receive and discharge all debts due to, and pay all debts due by the Firm of More & Dick, contracted before and since the Dissolution.

1875 Branch works established in London with depots in Newcastle-upon-Tyne, Cardiff, Barrow-in-Furness and Hamburg.

1882 W. B. Dick and Co of Leadenhall Street, London were contractors for the South Staffordshire and Birmingham District Steam Tramways; representatives at the launch ceremony were W. B. Dick and Mr Kerr[8]

1883 Dick, Kerr and Co was formed by spinning out the rail and tramway activities from W. B. Dick and Co with John Kerr.

1886 Private corporation registered to take over the business.

1896 The company was incorporated, to acquire the business of the company of the same name, oil refiners and anti-fouling paint manufacturers[10]. Subsequently, there was a public issue of shares[11]. Supplied oils, etc to railway companies, ship owners, mill owners and engineering works.

1936 Converted to public company; issue of ordinary and preference shares[13]. The main products were ILO and Dixol lubricants.

1937 Refiners and specialists in manufacture of lubricants. "Ilo" Lubricants. [14].

1945 C. C. Wakefield and Co, whose main business was in the motor trade and aircraft industry, acquired W. B. Dick and Co which was a complementary business in oils for shipping, electrical and other industries[15].

1955 Major Cyril Dennis, director of W. B. Dick and Co which was the principal subsidiary of C. C. Wakefield and Co, retired from executive offices[18].