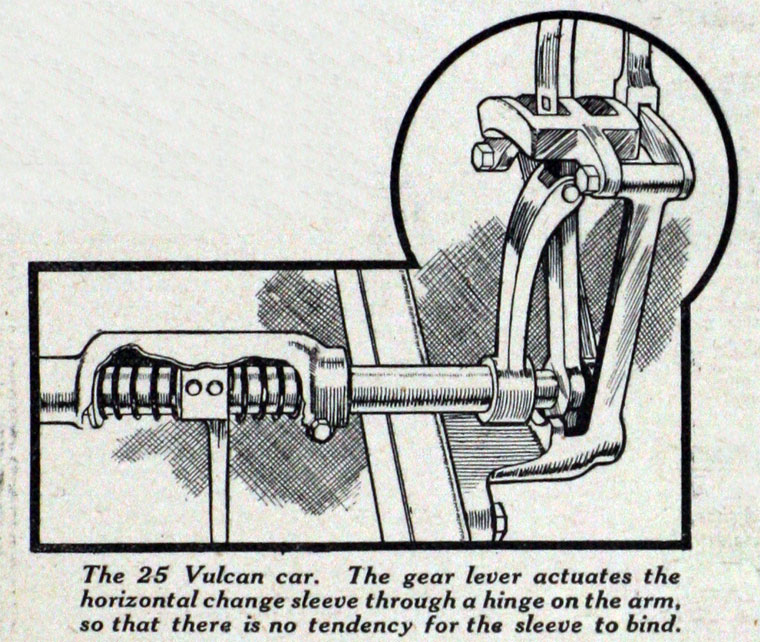 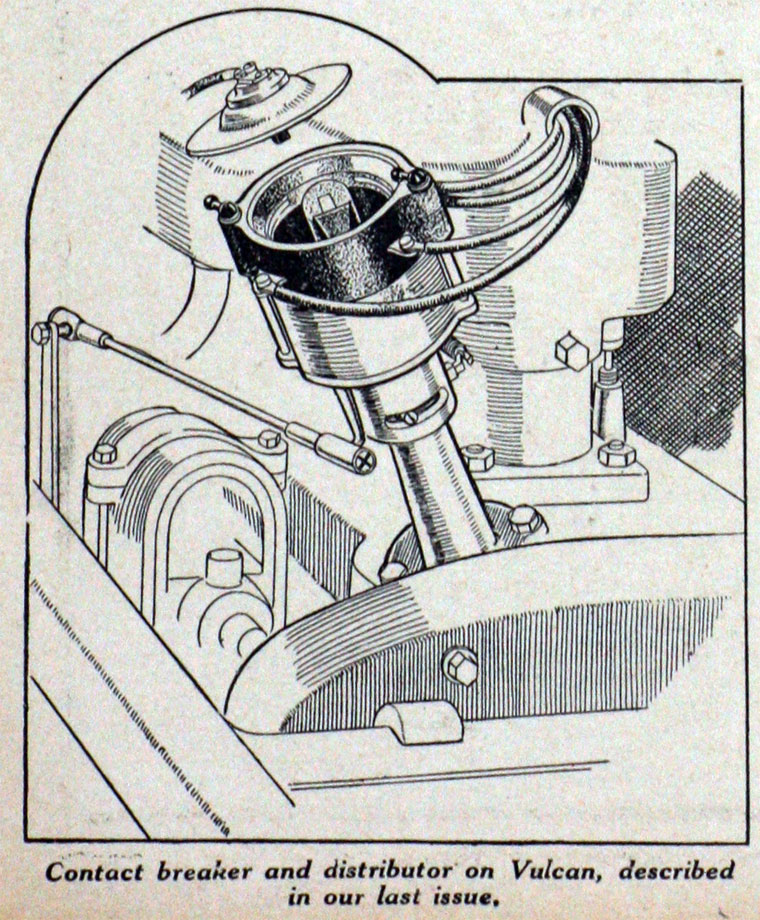 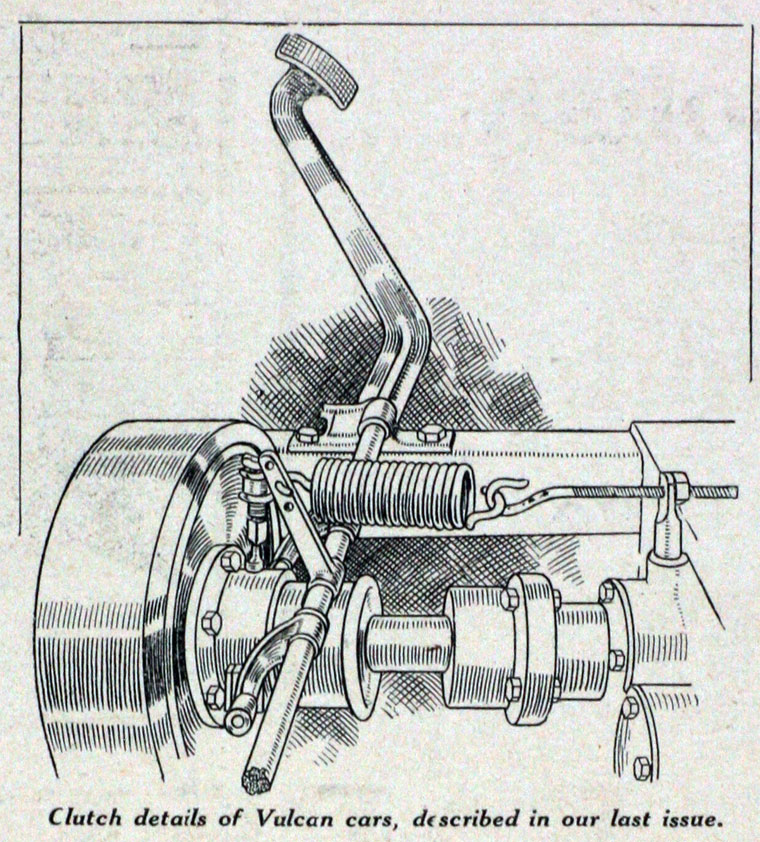 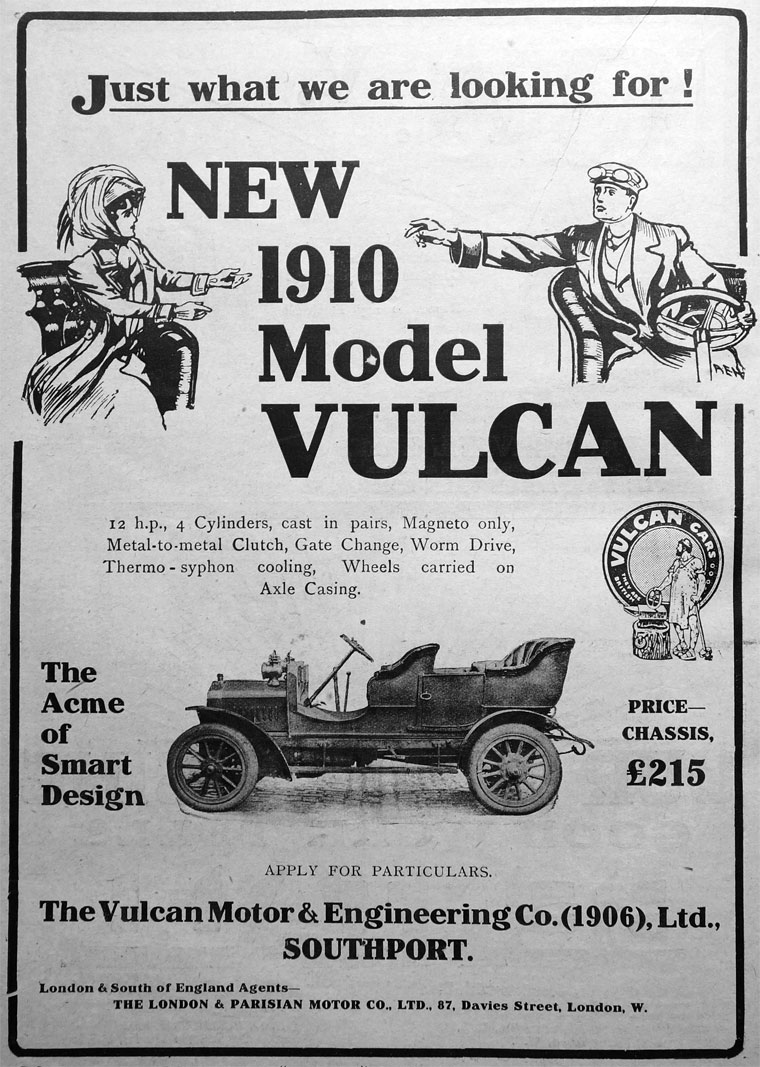 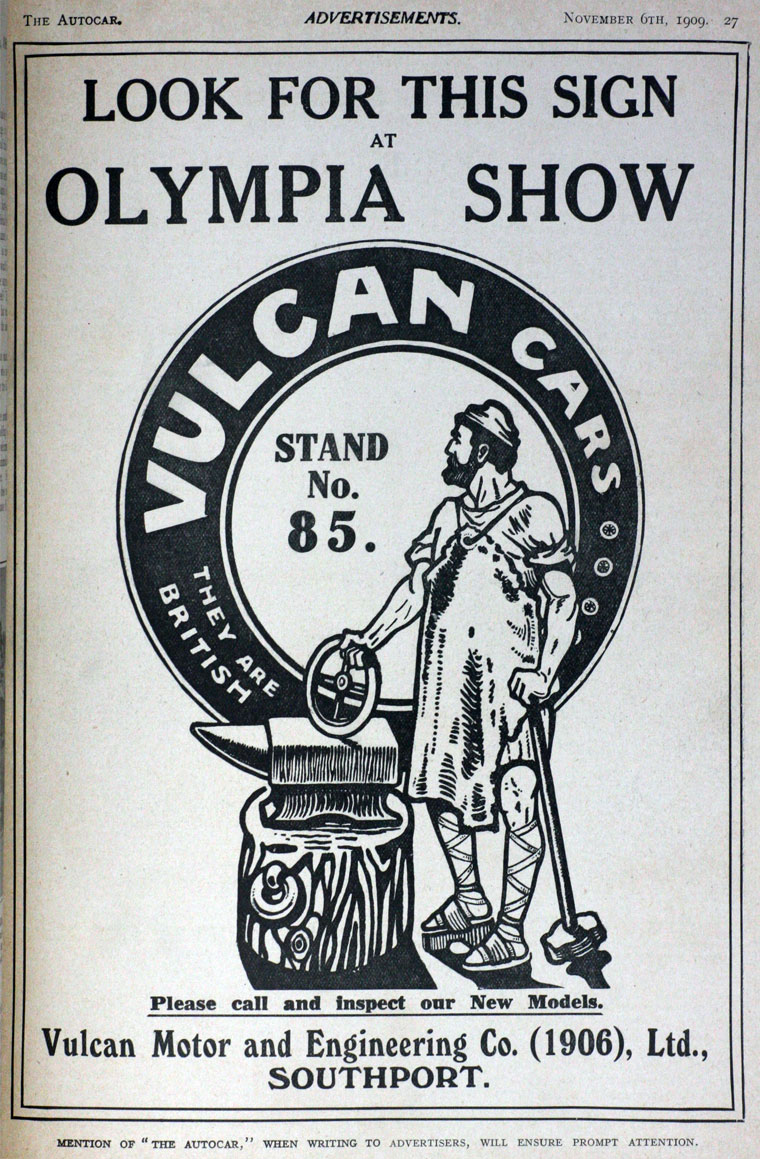 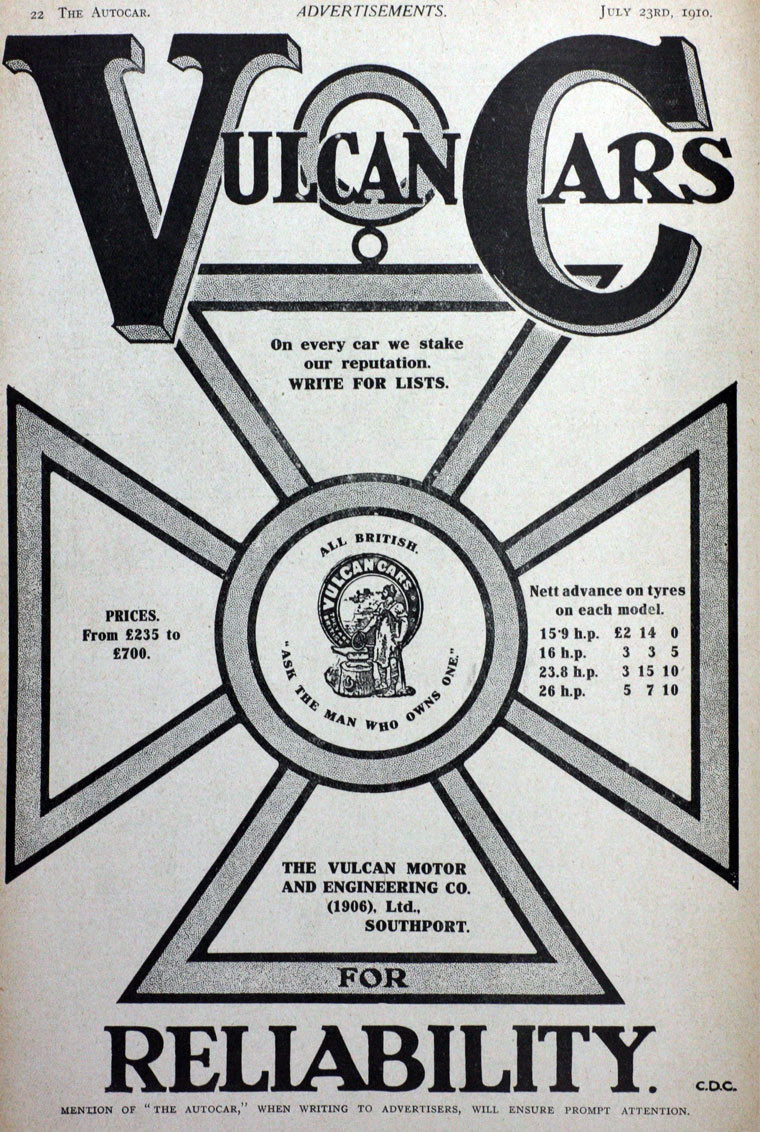 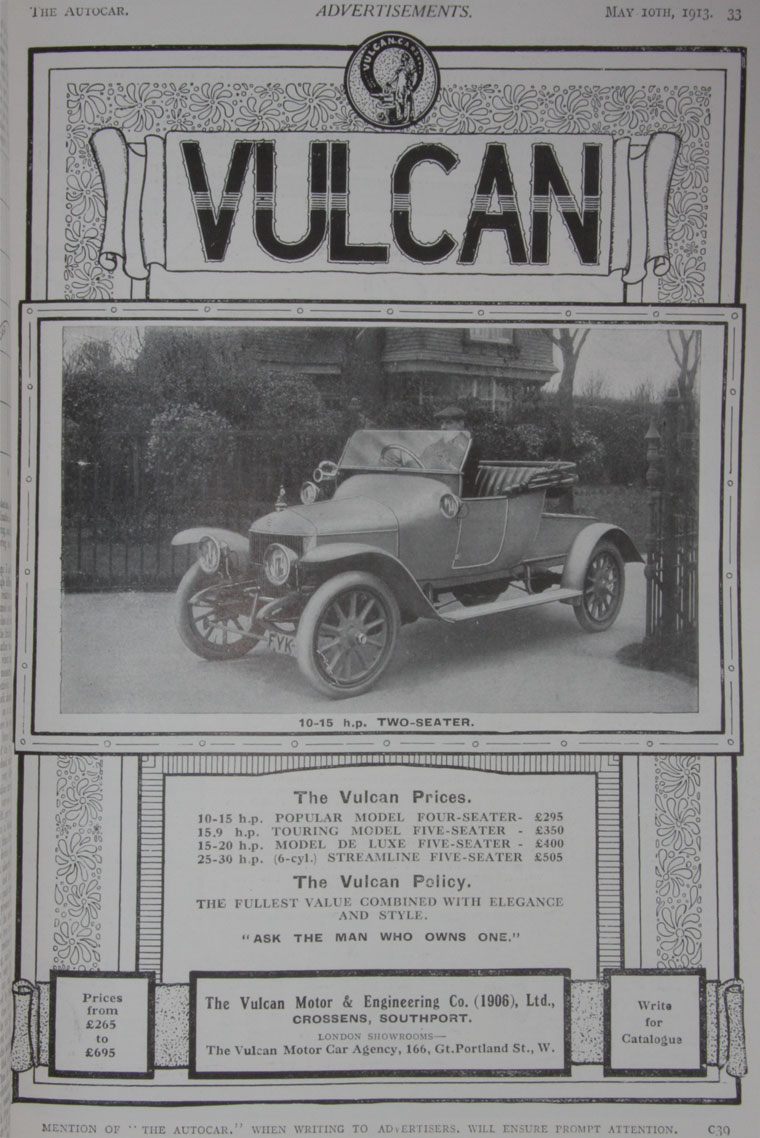 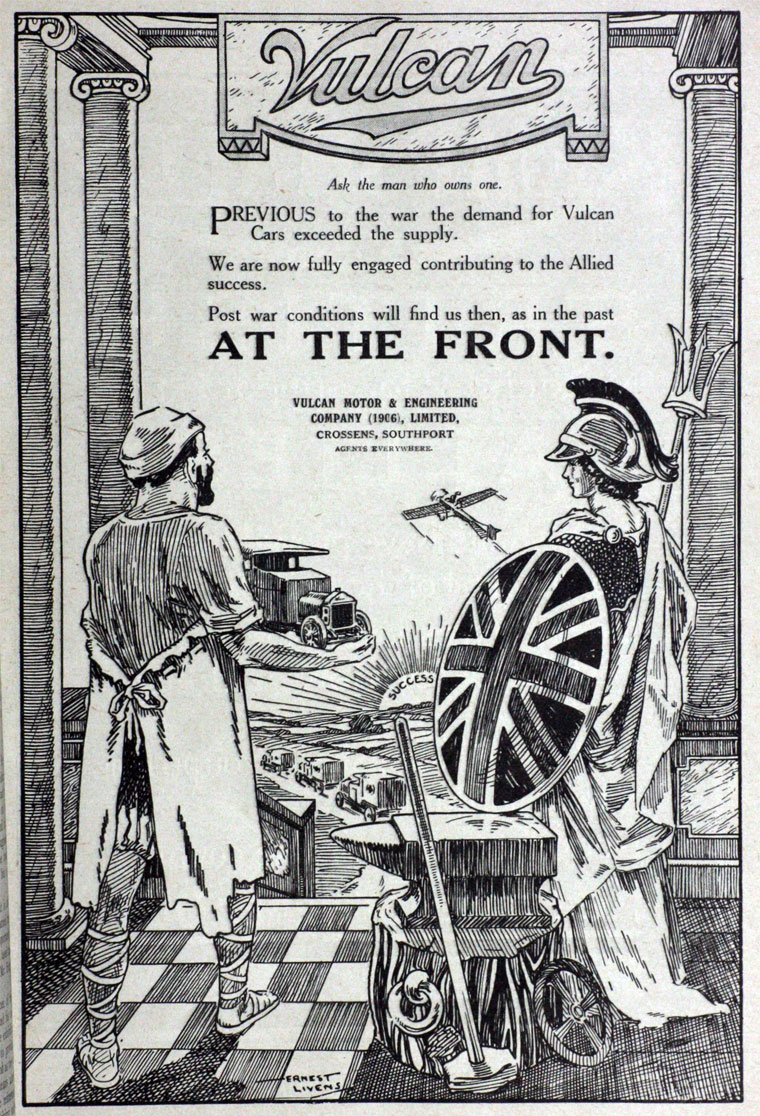 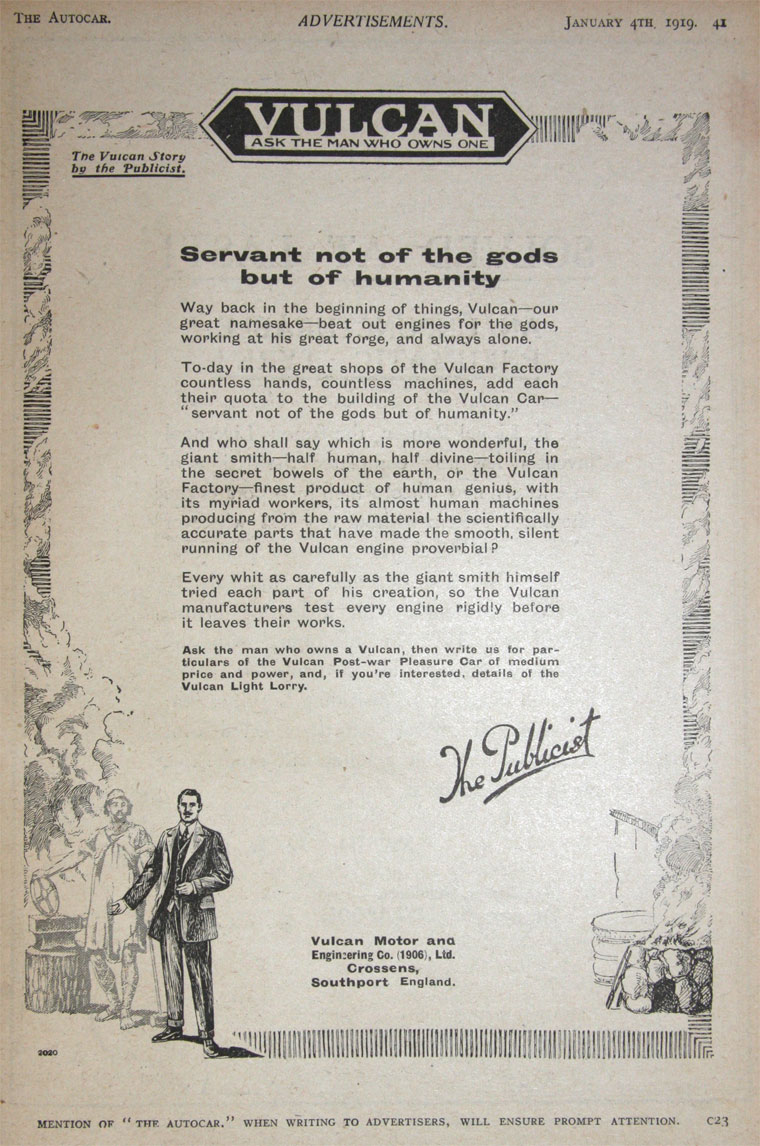 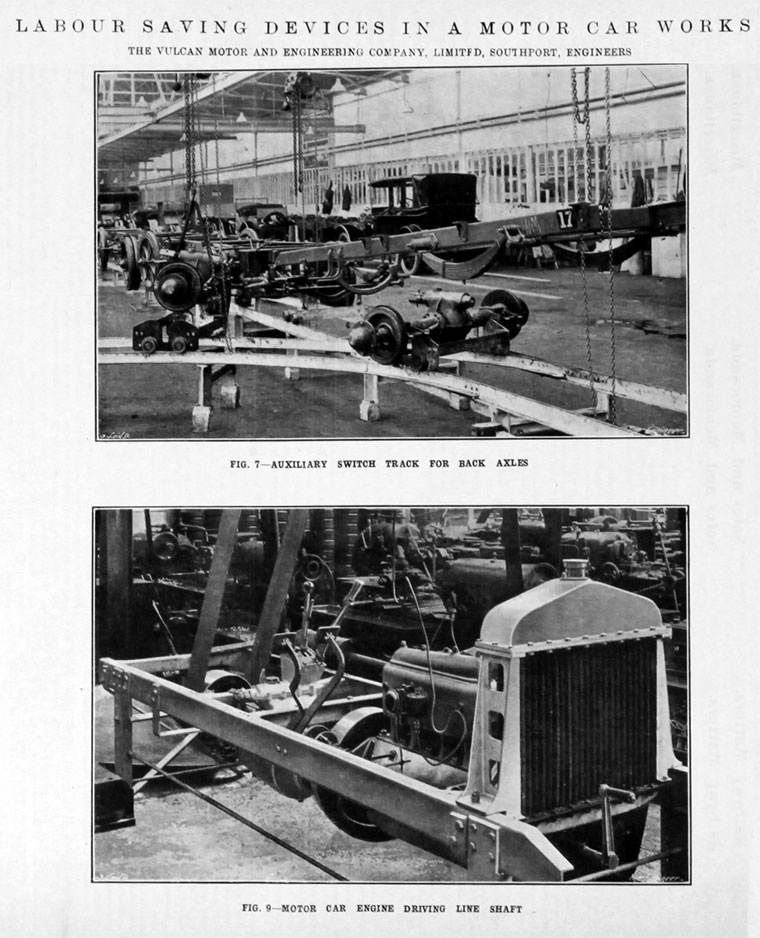 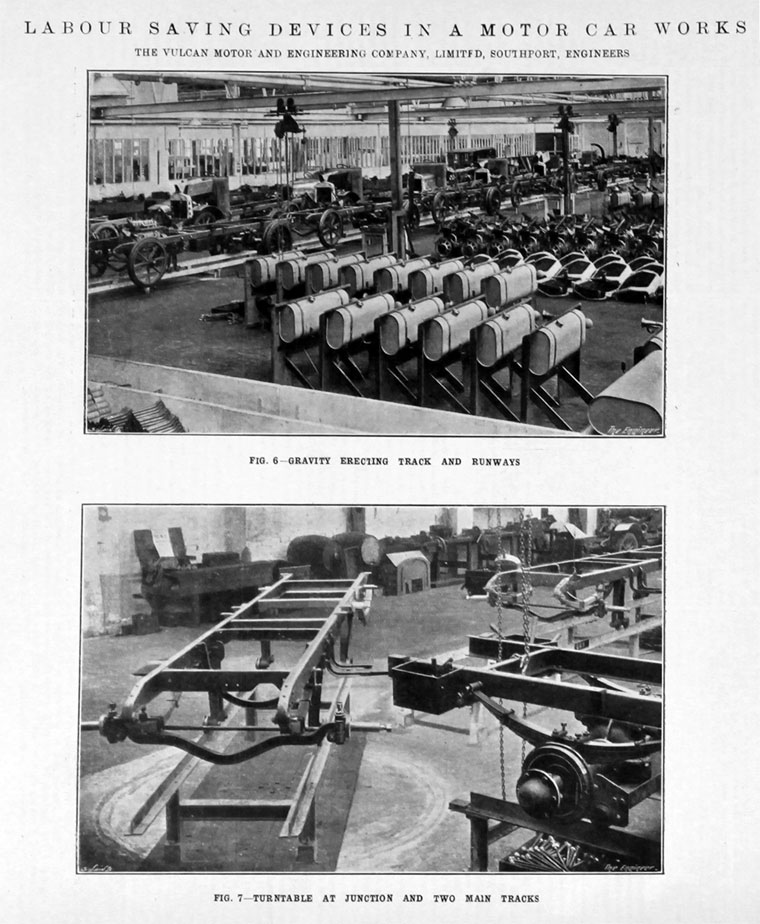 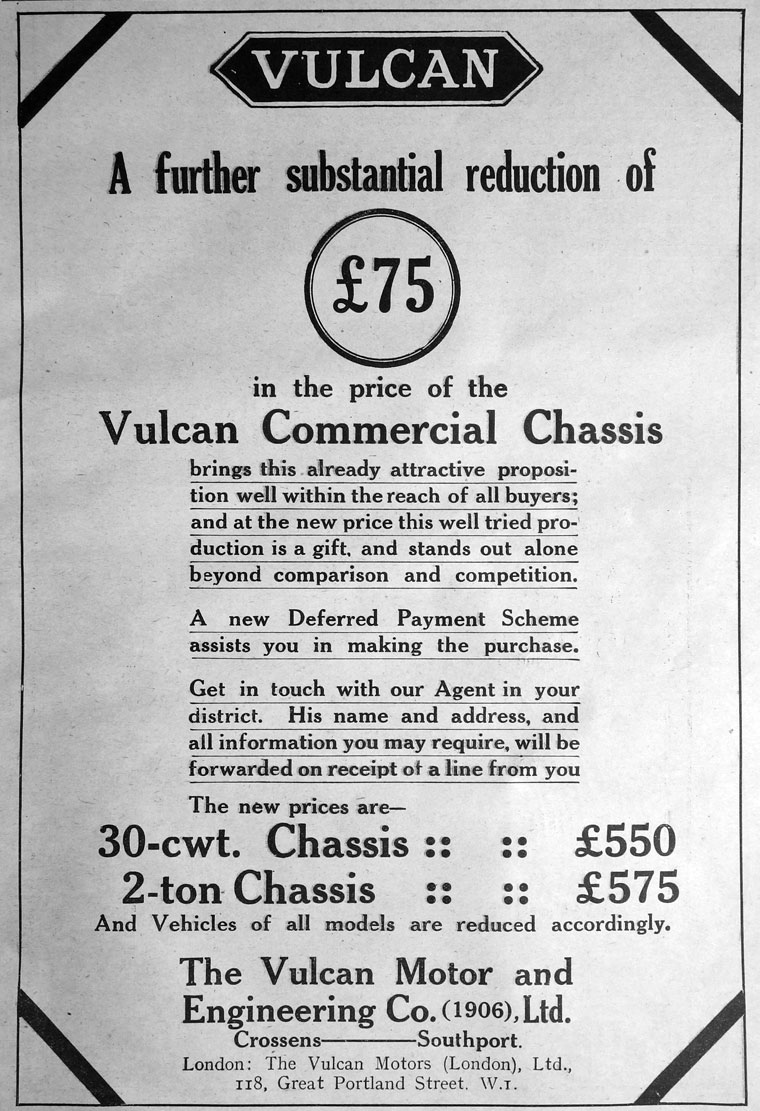 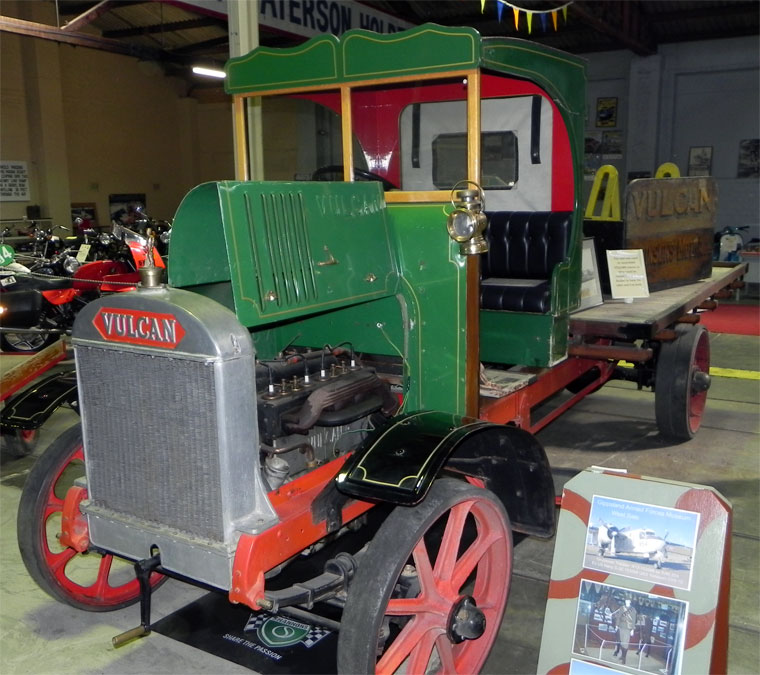 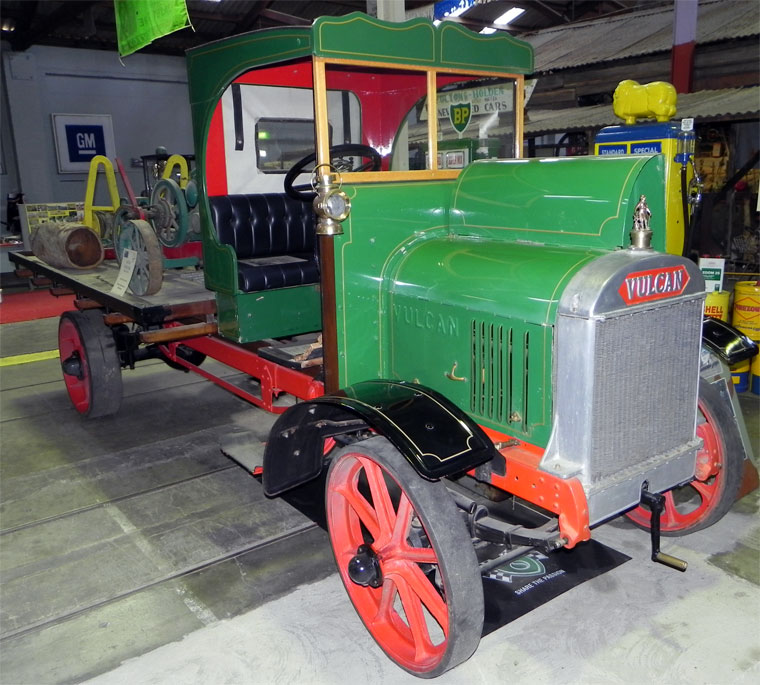 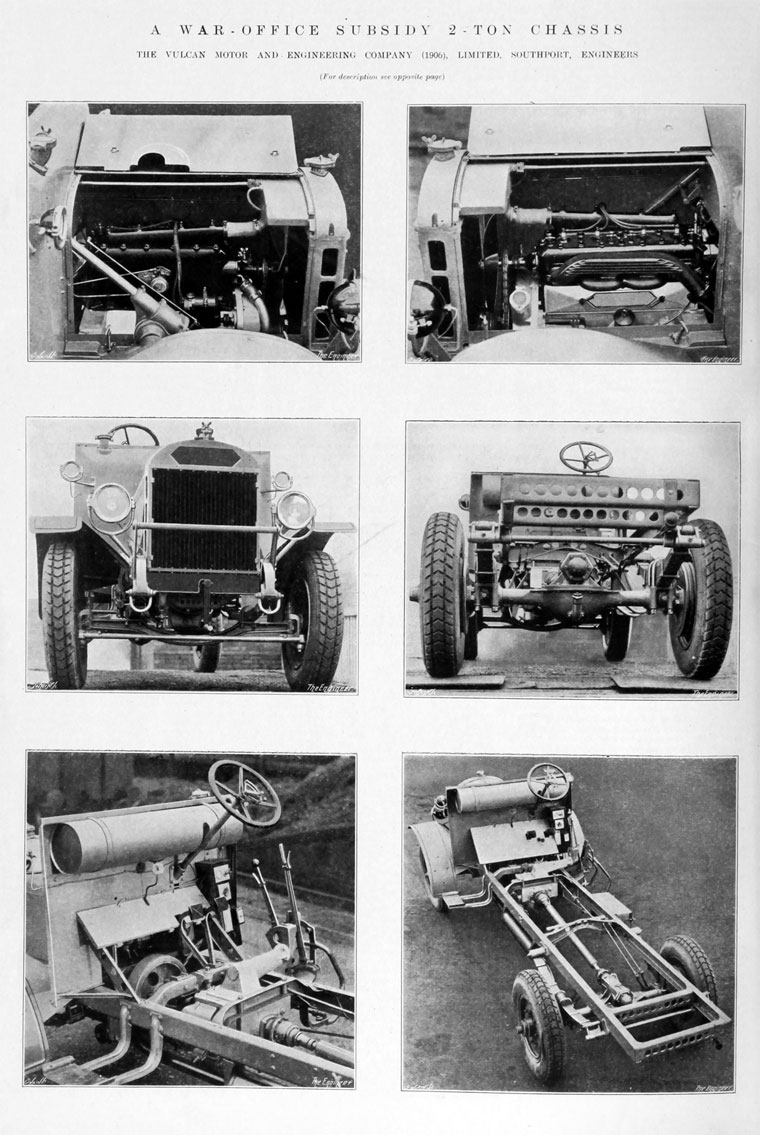 Vulcan Motor and Engineering Co of Crossens, Southport made cars from 1902 until 1928 and commercial vehicles until 1953.

1905 The company moved from Yellow House Lane to Hawesside Street both in Southport.

1906 A van version of the twin with large 4.8 litre 6 cylinder models and a move to even larger premises at Crossens, Southport with a change of company name to Vulcan Motor and Engineering.

1907 Proposal to reconstruct the company. Thomas Hampson is Chairman and the registered office is Hawesside-street, Southport.[2]

1908 January. First AGM of Vulcan Motor and Engineering Co (1906) held with Walter Hamer as chairman. Company hampered by lack of room in Hawesside street. They have greatly improved their 14-hp car.[3]

At the outbreak of World War I the ranges consisted of the 2.4 litre four-cylinder 10/15, the 2.6 litre 15.9, the 3 litre 15/20 and the last of the old sixes, the 25/30. As a sign of things to come a 30 cwt truck was also offered. During the war the factory concentrated on munitions. In 1916 the Hampson brothers left the company and it was reformed as Vulcan Motor Engineering (1916) under the control of C. B. Wardman.

During WW1 they assembled planes for Airco

1918 the company bought Southport F.C. which was renamed Southport Vulcan - becoming the first club to take a sponsor's name.

1919 Harper Bean acquired 75% of the company under a complex cash and shares deal and went into the British Motor Trading Corporation with the intention that Vulcan be responsible for commercial vehicles, however car production continued.

1919 Harper Bean was formed as a public company to bring together a number of interests in car manufacturing, including 60 percent of the shares in Vulcan Motor and Engineering Co[6] [7].

1922 twenty-seater buses were introduced on the two ton chassis; trucks were also produced. Many of the trucks were aimed at the municipal market - road sweepers and refuse trucks sold well.

1928 Financial problems; C. B. Wardman resigned and, officially, no more cars came from Southport but some badged as Lea-Francis may have been made.

From 1930 production was solely of trucks and buses.

1931 the company went into receivership but the receiver managed to keep production going until 1937.

1937 The entire share capital was acquired by J. Brockhouse and Co which would use the Vulcan works for general engineering but would take steps to maintain production of the Vulcan chassis[10] which they did by selling the rights to the motor vehicle side of the business[11] to Tilling-Stevens of Maidstone, Kent. Vulcan Works was renamed Brockhouse Engineering (Southport)[12] See Vulcan Motors