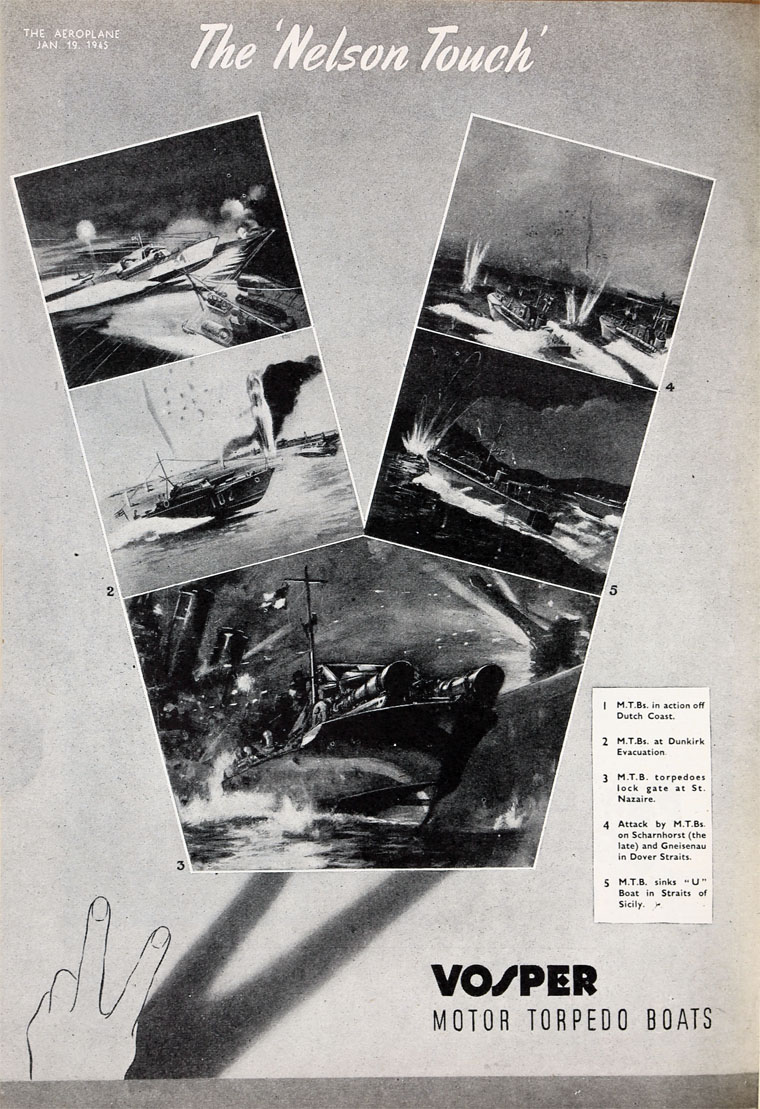 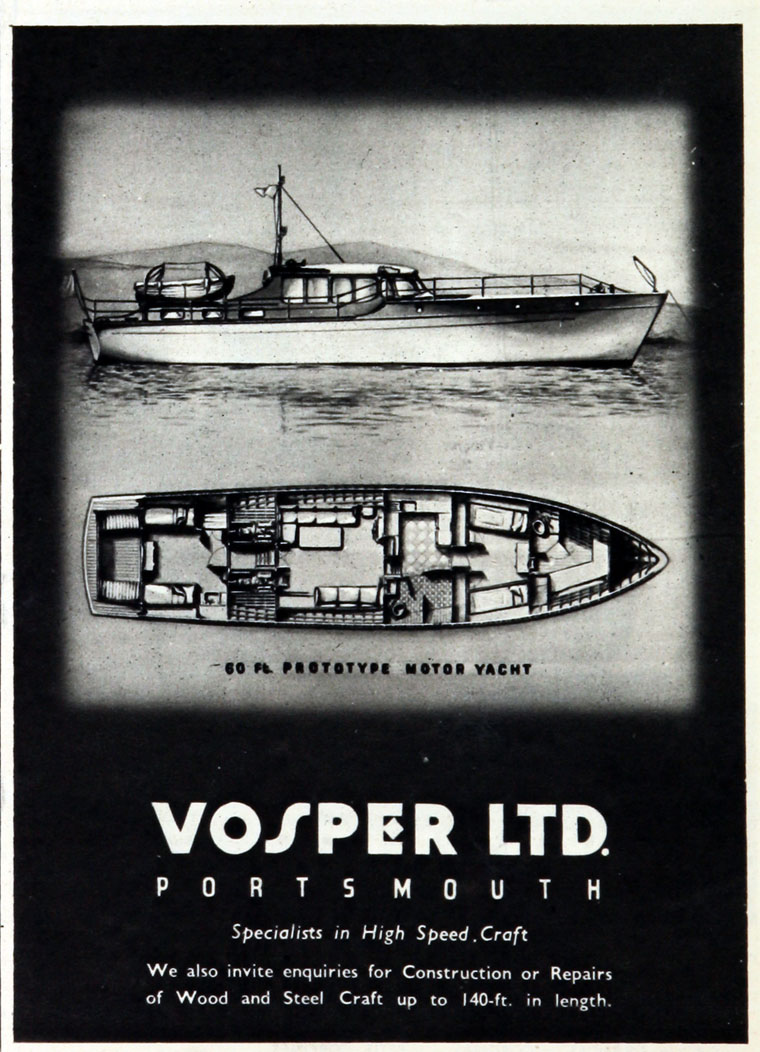 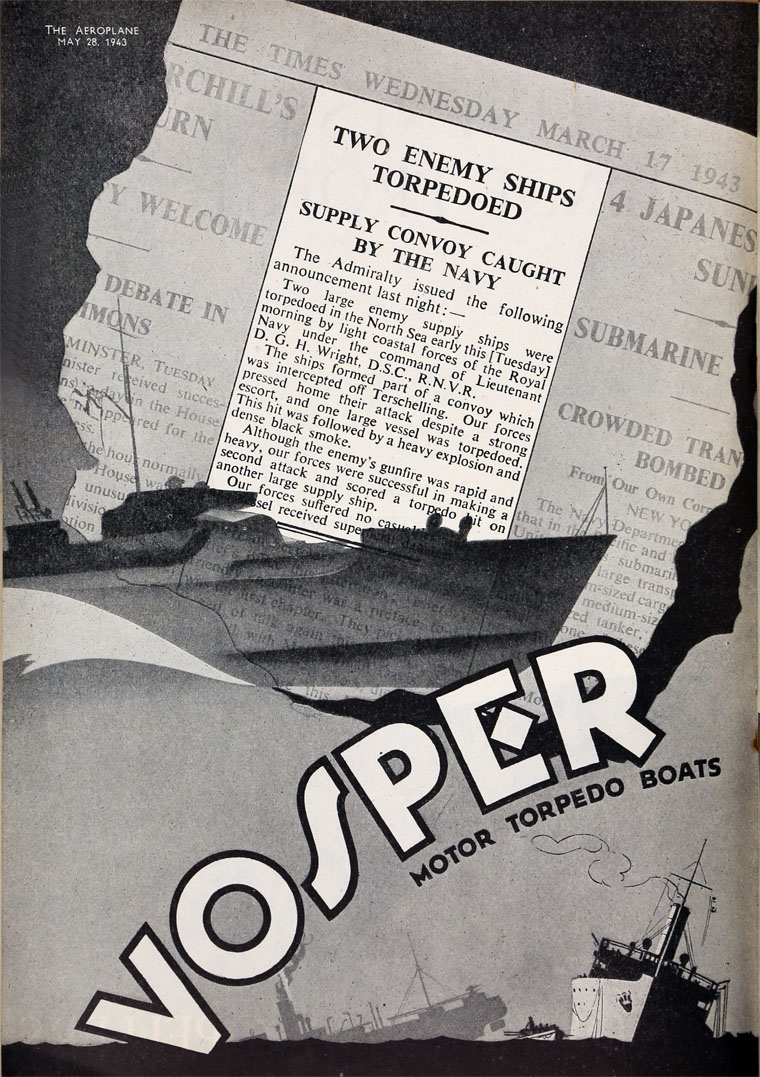 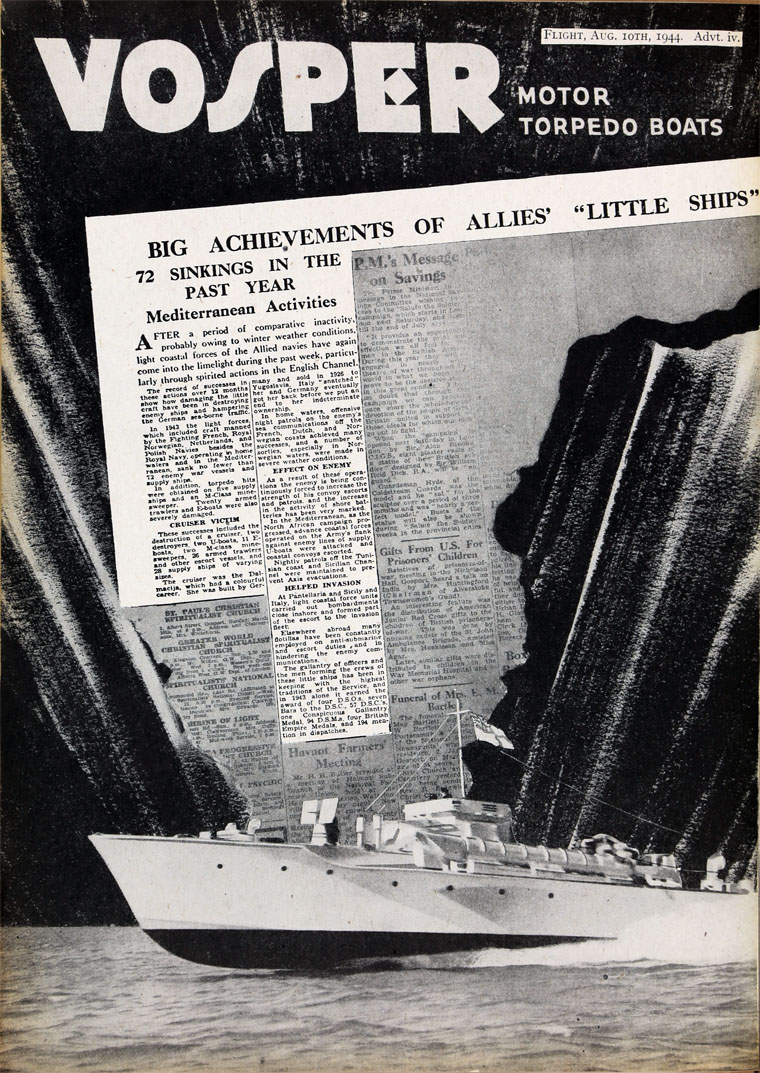 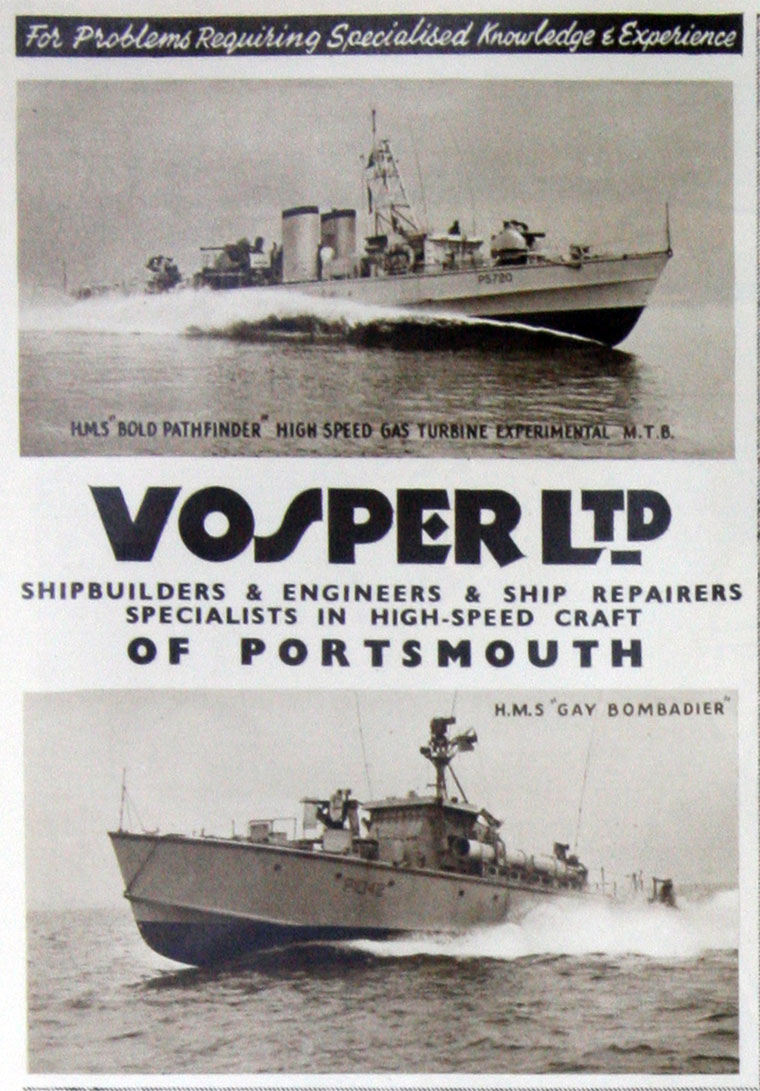 1936 Vosper and Co became listed as a public company, known as Vosper Limited

WWII Vosper became famous as the builder of small (60 to 70 foot) un-stepped planing hull-form naval Motor Torpedo Boats (MTB) and Motor Gun Boats (MGB) for the Royal Navy in World War II. The original boats had a length of 68 feet and were based upon the prototype MTB 102, which survives to this day as a museum piece. Vosper's designs were widely emulated, and were also elaborated into high speed launches for the Royal Air Force, for rescuing the crews of ditched aircraft.

Post-WWII Vosper's wartime experience and accumulation of expertise led to a postwar concentration on high speed fast attack craft, for which they developed a novel "hard chine" V-section hull-form, incorporated in the postwar development MTB 1601, capable of 43 knots.

1958 This pioneering hull and propulsion work reached its peak with the then revolutionary Brave class of 1958, powered by the Bristol Siddeley Proteus engine. The Brave class utilised special Vosper-developed "super cavitating" propellers, later developed to allow speeds of up to 58 knots to be developed.

1960s the company began to produce larger vessels, especially for the many emerging navies of post-colonial countries, including the Mark V or Alvand class frigate, with VSEL, for the Iranian Navy.

1966 Vosper by itself was unable to produce craft of sufficient size so, in 1966, a merger with Thornycroft provided the shipbuilding capacity and experience to produce the larger vessels being designed by Vosper.

The new group was known as Vosper Thornycroft, and continues trading in Woolston, Southampton as VT Group. The former Vosper designs were developed by the new company into the Mark 10 or Niteroi class frigates for the Brazilian Navy and subsequently elaborated into the handsome and pioneering Type 21 or Amazon class frigate for the Royal Navy, the first major Royal Navy warship built to a private design since World War 2.