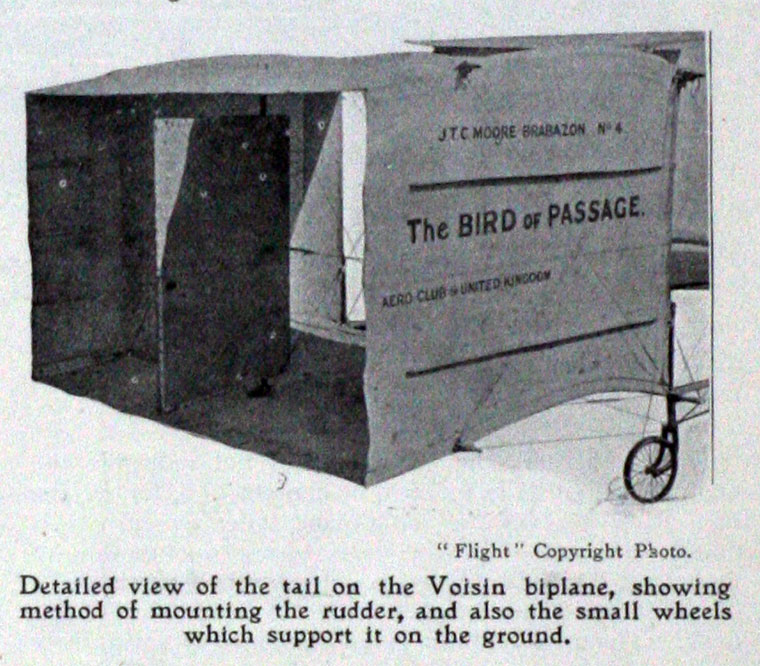 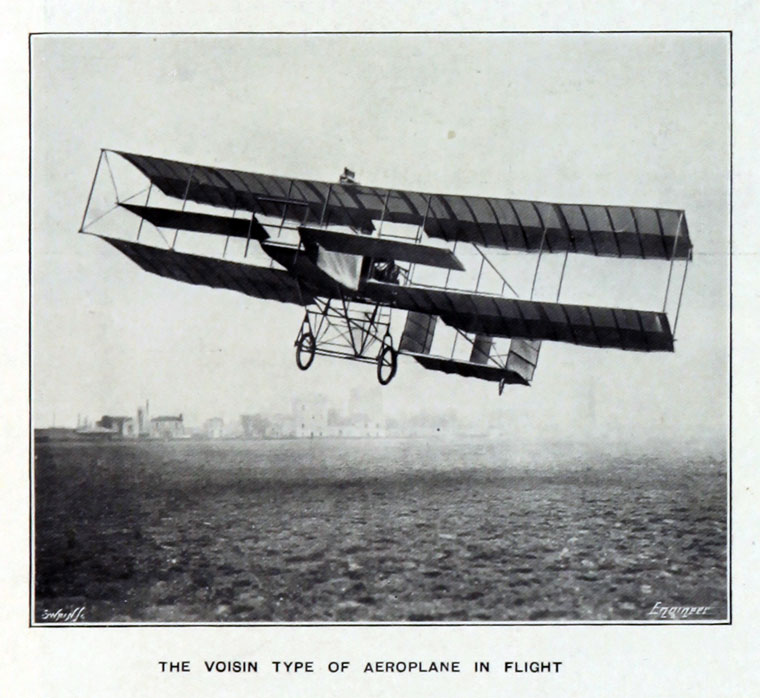 French makeR of aeroplanes and light car imported into the UK.

Henri Farman did much to popularize the Voisin biplane, which was a sturdy and dependable machine despite its limited and generally difficult controlability. In this aircraft he performed Europe's first 1 kilometre circle in January 1908 and set later records for cross-country flights.

1910 The Voisins developed the Canard Voisin which had its main wings at the back. With the addition of floats, it also became the first seaplane of the French Navy. The Canard was equipped with a 60HP Anzani radial engine (among others).

WWI Major expansion into military airplanes, notably the Voisin III, which was widely used for spotting and bombing; the firm's name was changed to Avions Voisin.

After World War I Gabriel Voisin abandoned aviation, citing the trauma of the military use of his more advanced airplanes during the war in addition to the, then embryonic, demand for civilian aircraft. Gabriel Voisin turned to luxury automobile manufacturing under the marque of Avions Voisin until 1958. His early cars were some of the finest luxury vehicles in the world, with unique technical details. Many of them won in competition.