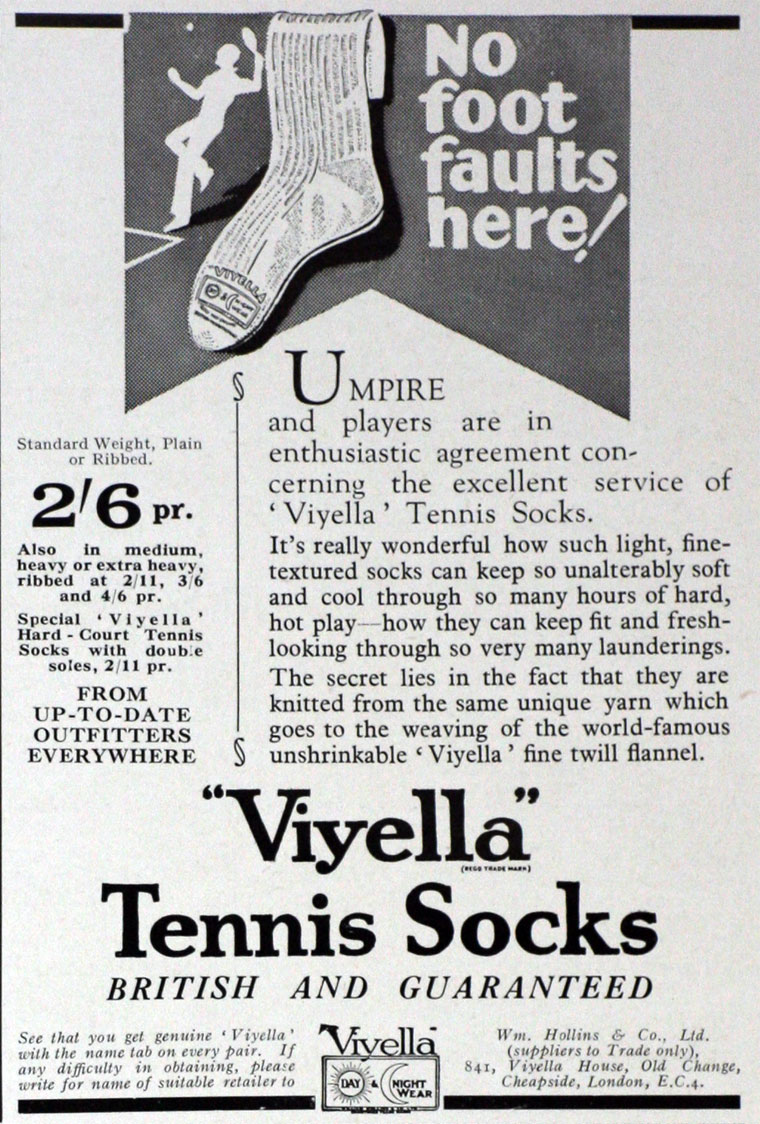 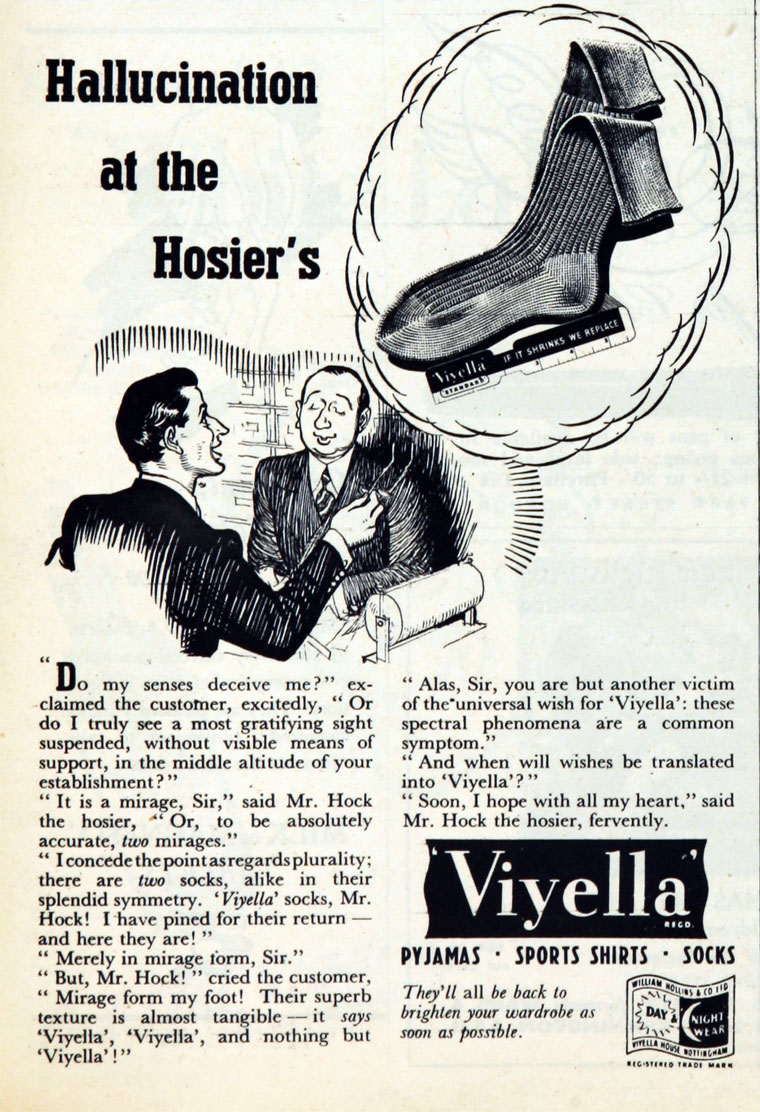 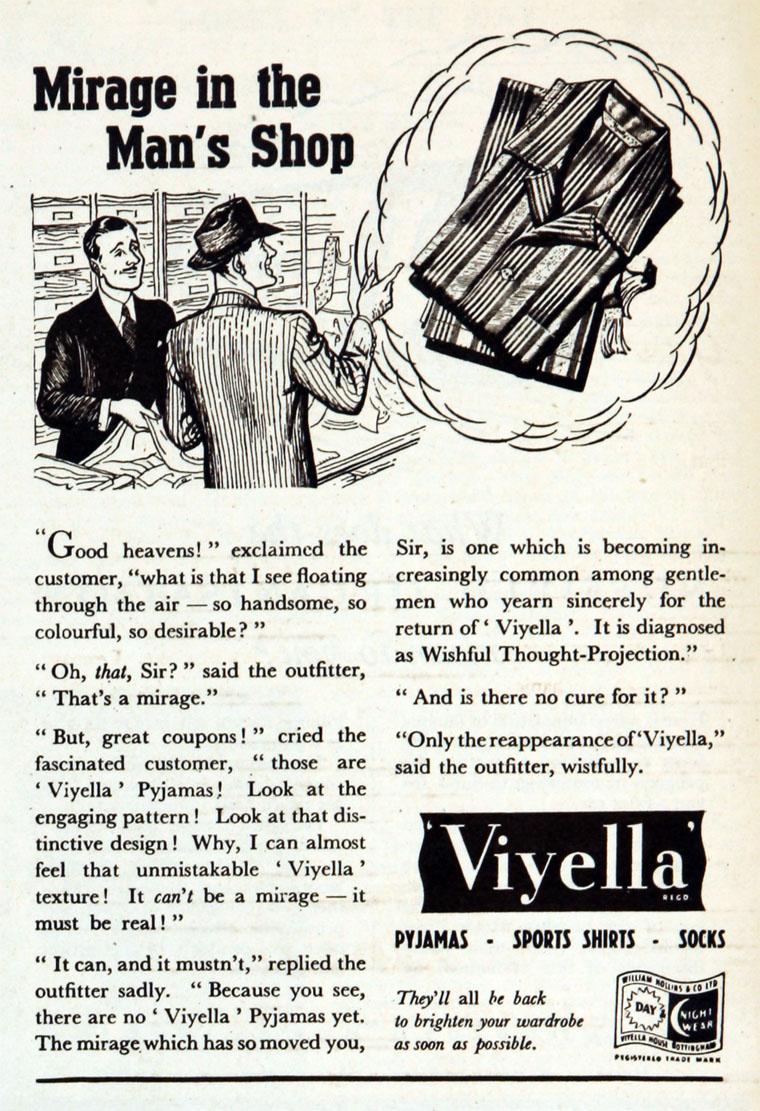 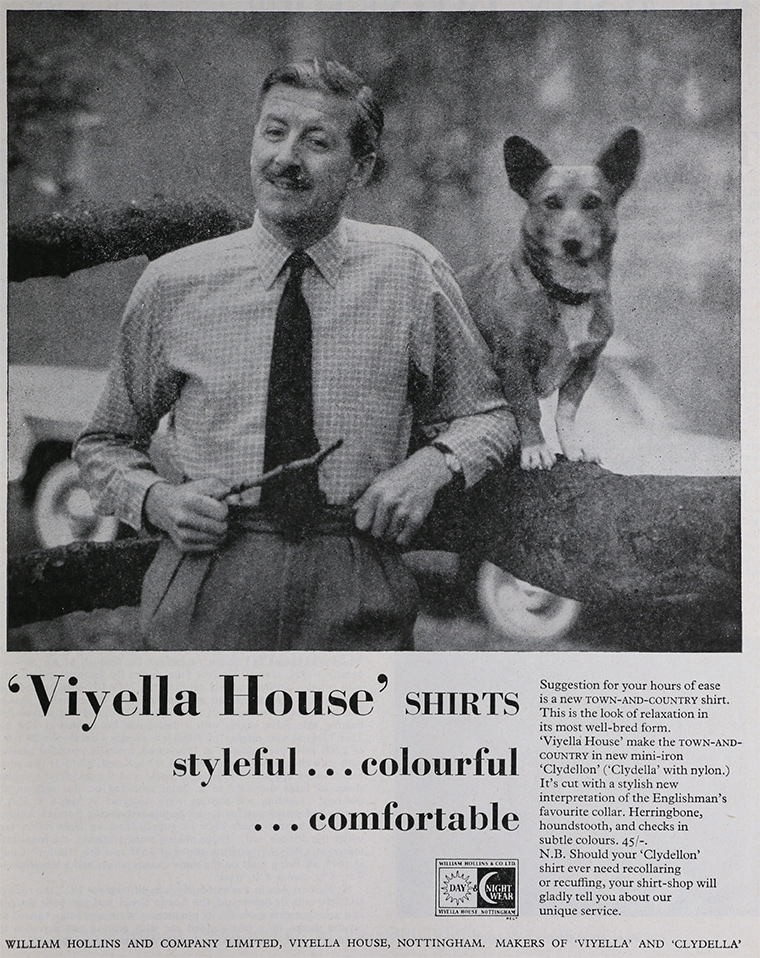 1893 Viyella was a blend of wool and cotton first woven in 1893. It was made of 55 per cent merino wool and 45 per cent cotton in a twill weave, developed by James and Robert Sissons of William Hollins and Company, spinners and hosiers. It was the "first branded fabric in the world".

1894 The brand name was first registered as a trademark. It soon covered not only the original fabric, to be sold by the yard (piece goods), but also clothing.

1961 After a merger, Hollins became Viyella International, led by Joe Hyman, who in the next few years acquired a series of related companies, with Viyella growing to be one of the biggest textile businesses in the UK, owning 40 factories across the country.

1967 Viyella repurchased the shares held by ICI and repaid the loan; special arrangements for purchasing dyestuffs and sourcing fibres were discontinued.

1970 ICI acquired Viyella and, later in the year, Carrington and Dewhurst, forming Carrington Viyella of which ICI owned c.80 percent[4].

After a few years as Carrington Viyella and then Vantona Viyella, in 1986 the company owning the Viyella brand became Coats Viyella.

2003 Sold the Viyella fashion retail business to Richard Thompson for £1. Weeks later he re-sold Viyella to Harold Tillman. The brand name Jaeger was also sold. Viyella Ladieswear has since added home furnishings to its range of goods.