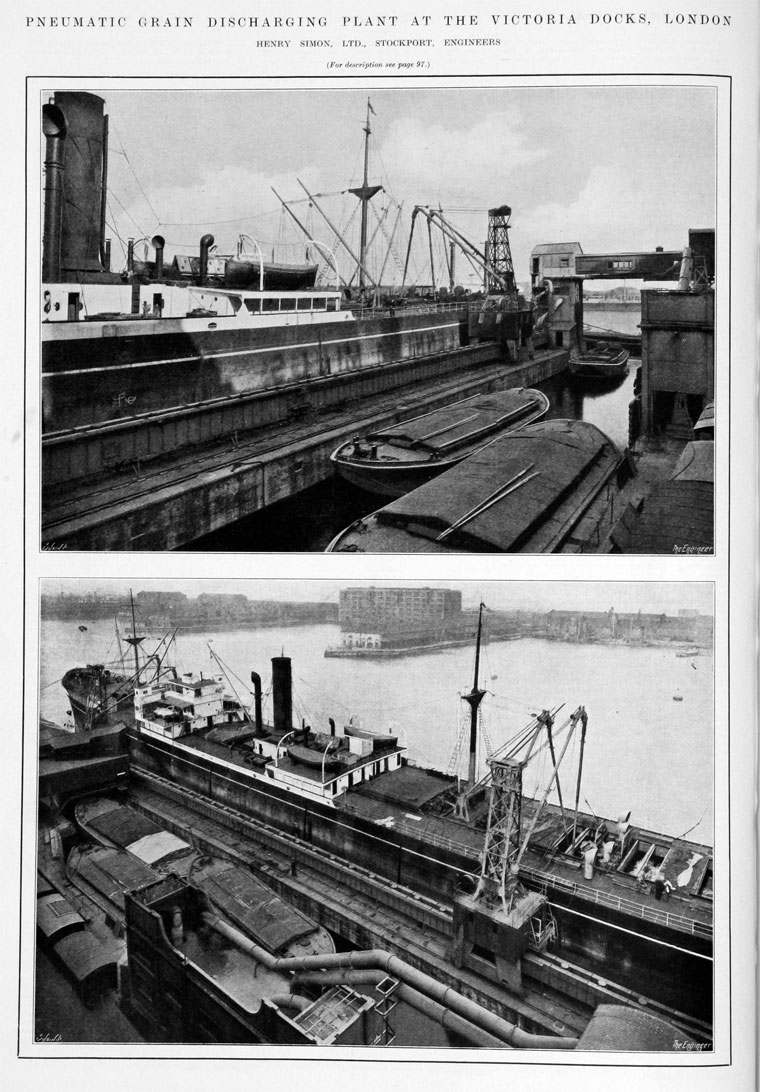 About the middle of the nineteenth century the increasing size of ships led to additions being made to the Port of London's facilities and changes in its administration.

1850 A company was formed and an Act of Parliament obtained for construction of a dock downstream from the existing docks, one that would be more convenient for vessels with deeper drafts - the Victoria Dock

1855 Constructed by Peto, Brassey and Betts; the new dock incorporated several new features - for example, jetties projected into the dock from the main quays, to speed up delivery of cargoes which were sorted into barges on the opposite side of the jetty. Also the Victoria Dock was the first in the Port to be designed for use with steamships, the first to be directly connected with the railway system and the first to be equipped with hydraulic machinery.

1874 the London and St. Katharine Docks Company decided to construct the Royal Albert Dock as an extension of the Victoria Dock, which acquired the prefix "Royal".

The dock occupied 200 acres, of which 90 were water with quay berths for 27 large steamers, as well as for smaller vessels, and for steam colliers at four derricks. It was entered from the Royal Albert Dock through a canal; whilst the passage from it into the river was by means of a tidal basin of 16 acres, and a canal and lock.