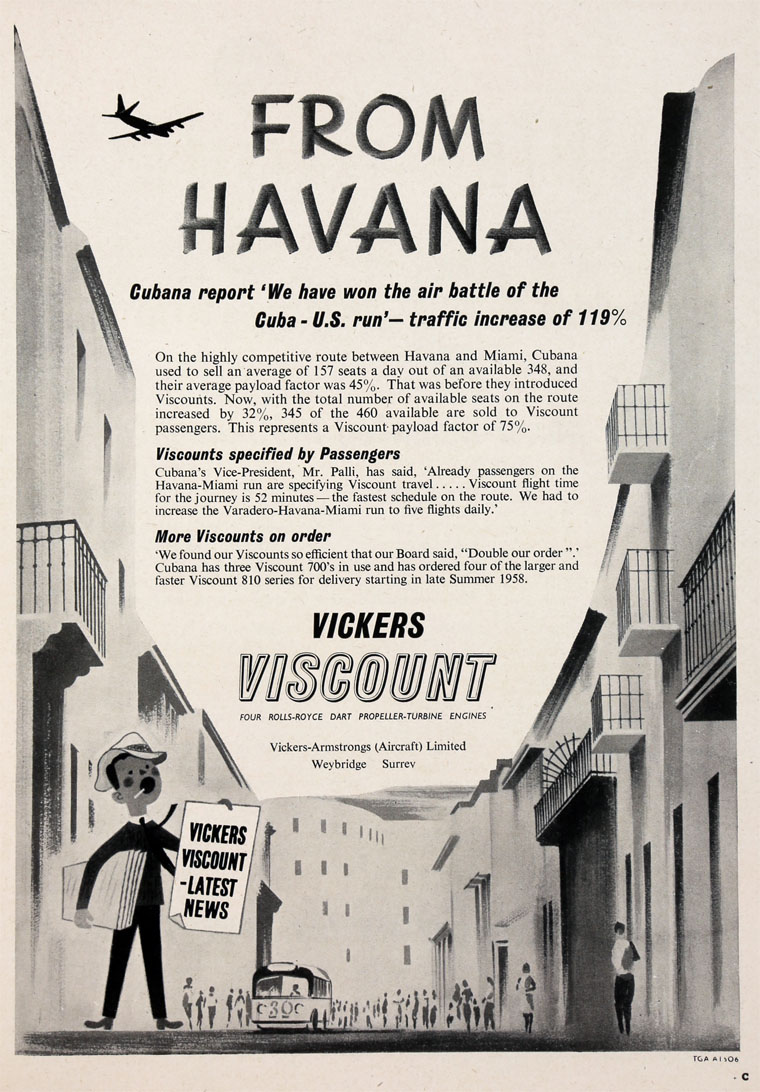 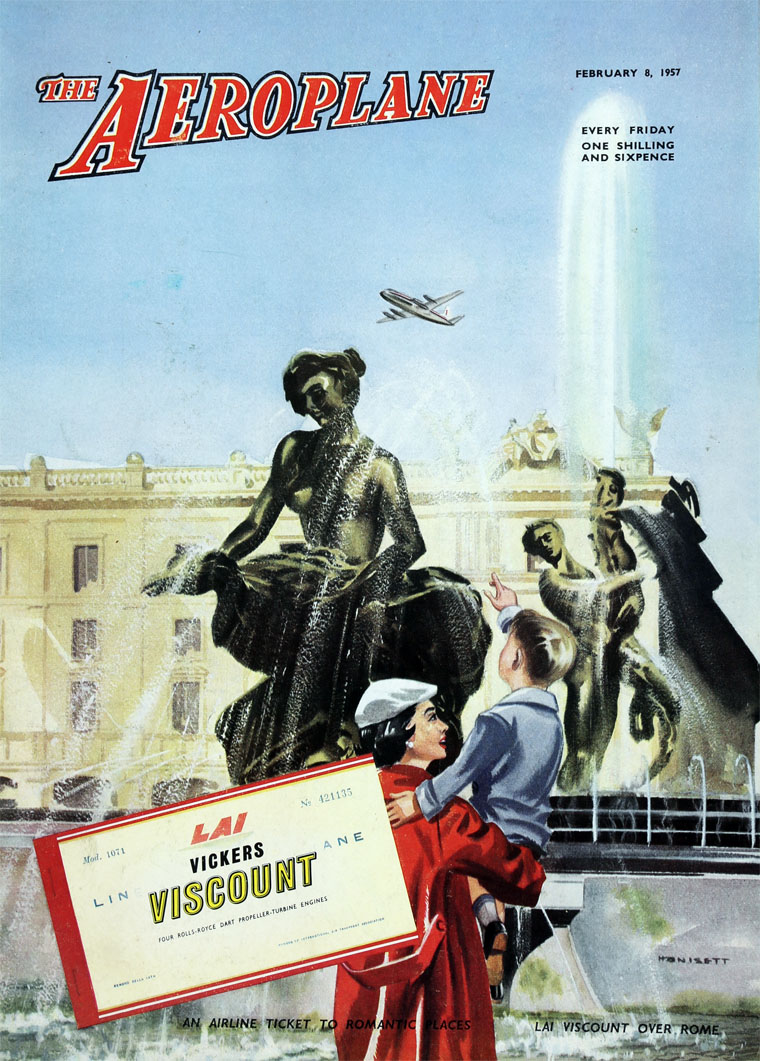 The Vickers "Viscount,", was the first propeller turbine airliner to go into service.

In response to the Brabazon committees' recommendations for a medium-range European airliner, Vickers-Armstrongs produced the Vickers VC2, powered by four propeller-turbine engines.

The Type IIB used Rolls-Royce Dart engines and was the first use of a pressurized cabin in a British transport aircraft. It was named Viscount. The prototype was first flown on 16 July 1948.

It was initially rejected by BEA as being too small, so Vickers produced an enlarged version.

The second prototype was adapted for experimental test flying with the Rolls-Royce Tay pure-jet engine and was used by Boulton Paul Aircraft for the development of electrically-signalled, power-actuated flying controls for the Valiant V-bomber then in early stages of development. The Viscount was thus the world's first transport aircraft to fly with such a control system and pioneered the use of "fly-by-wire" controls, later universal in civil and military aircraft.