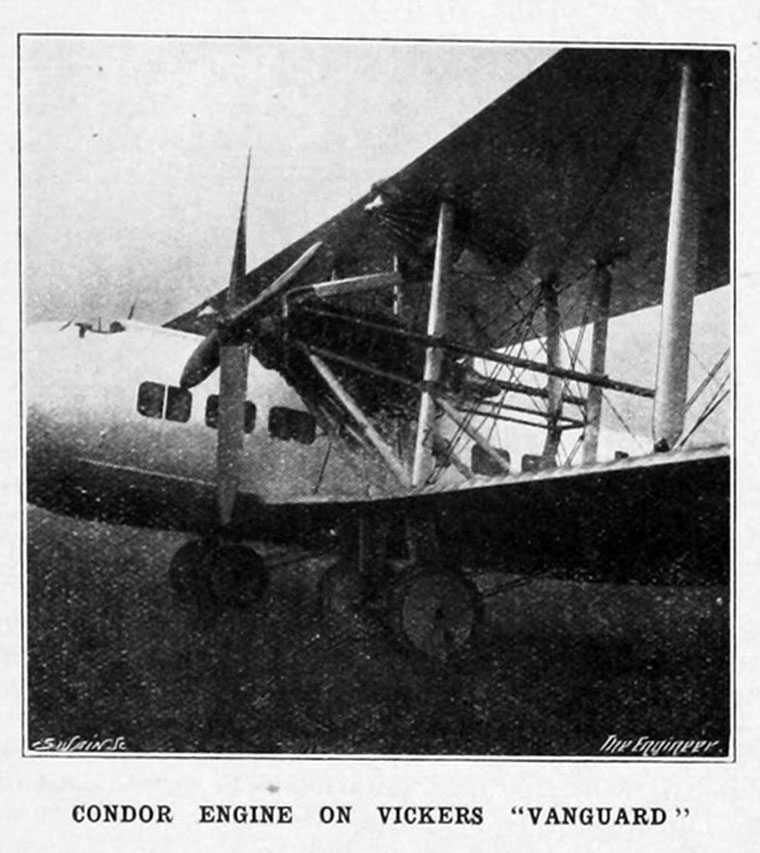 Note: This is a sub-section of Vickers Aircraft.

The Vickers Vanguard was a 1920s British airliner developed by Vickers from the Vickers: Victoria. It was a 22-passenger twin-engined biplane, originally built for the Air Ministry as the Type 62 and powered by two 450 hp Napier: Lion engines.

1925 It was re-engined in 1925 with two 650 hp Rolls-Royce Condor IIIs and re-designated the Type 103. When it was handed over to Imperial Airways in 1925 it was described as the World's largest passenger aeroplane.[1]