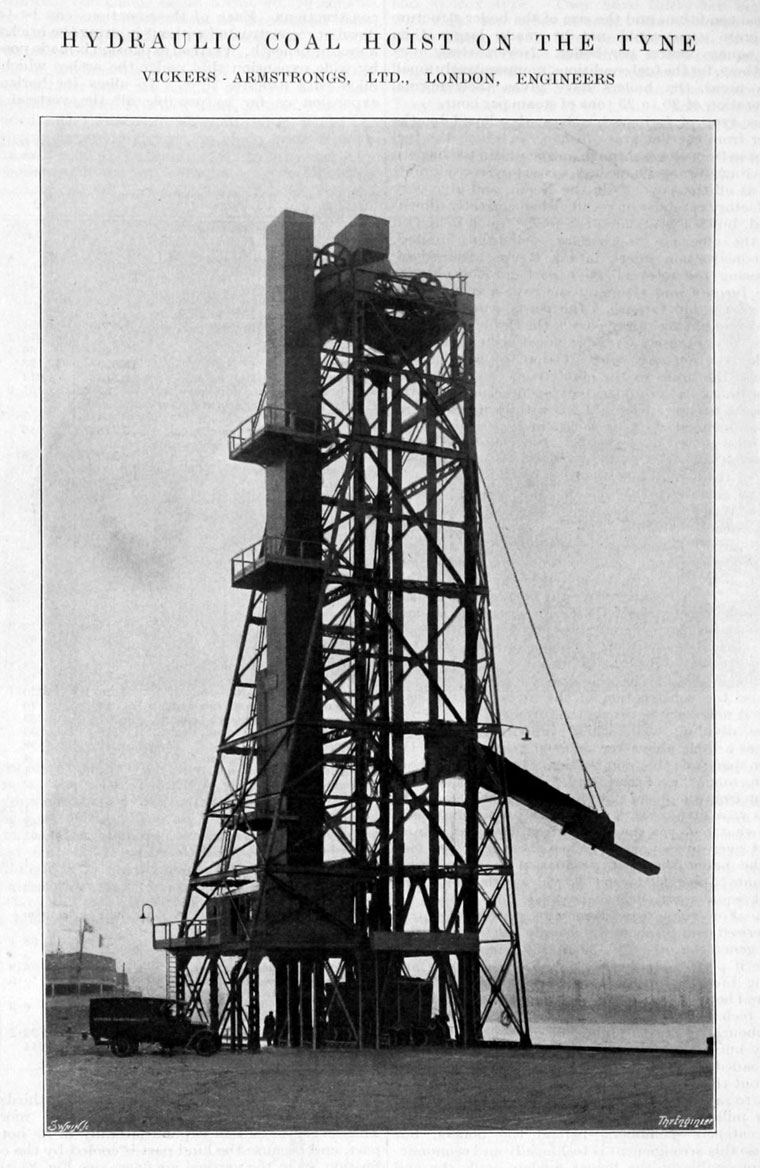 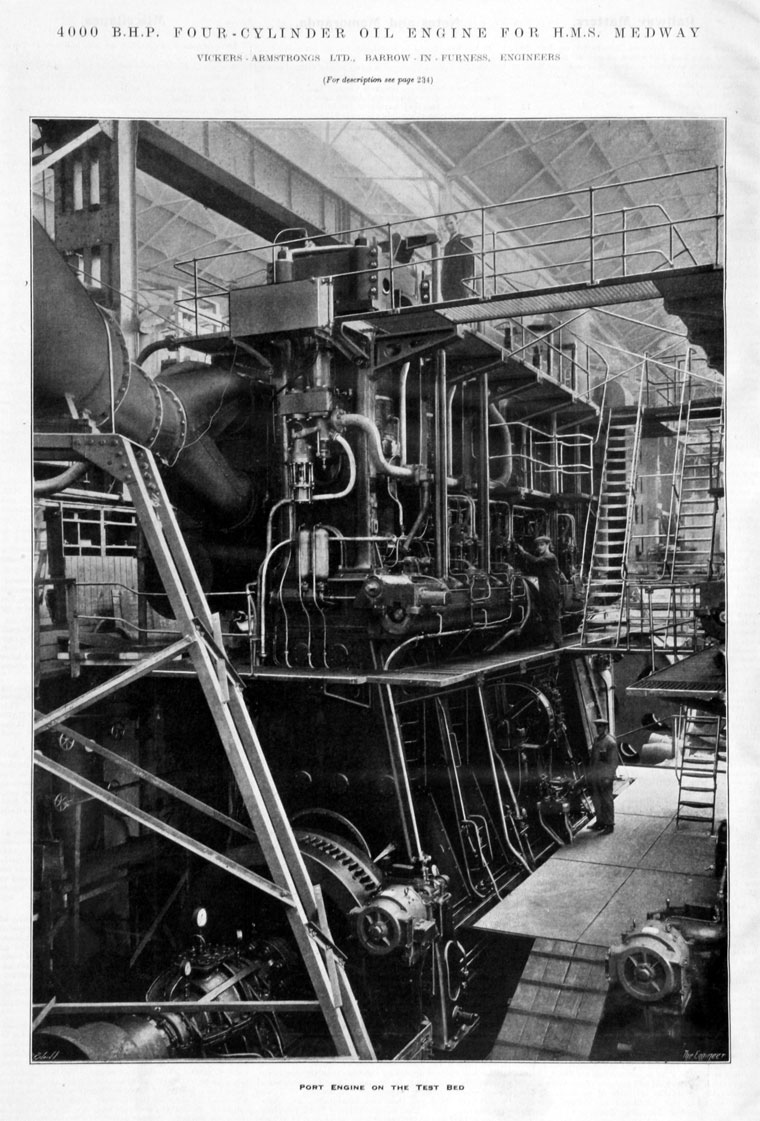 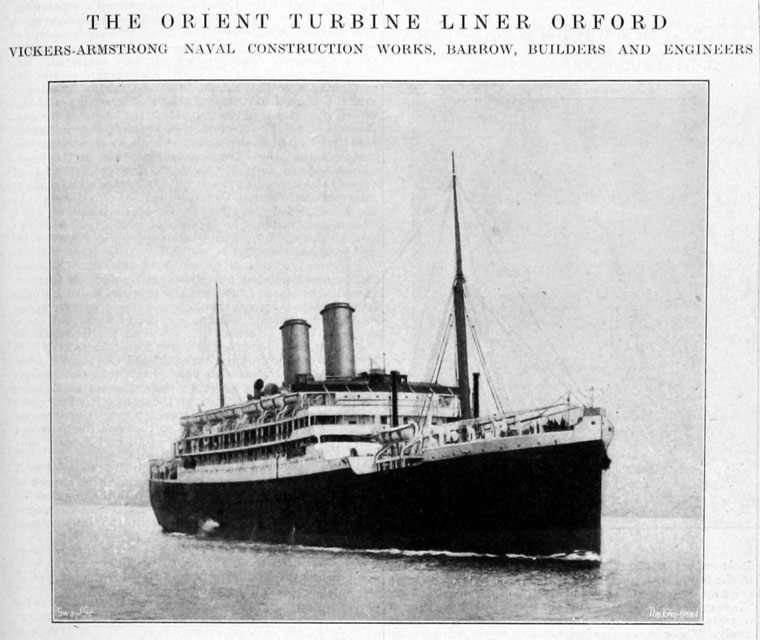 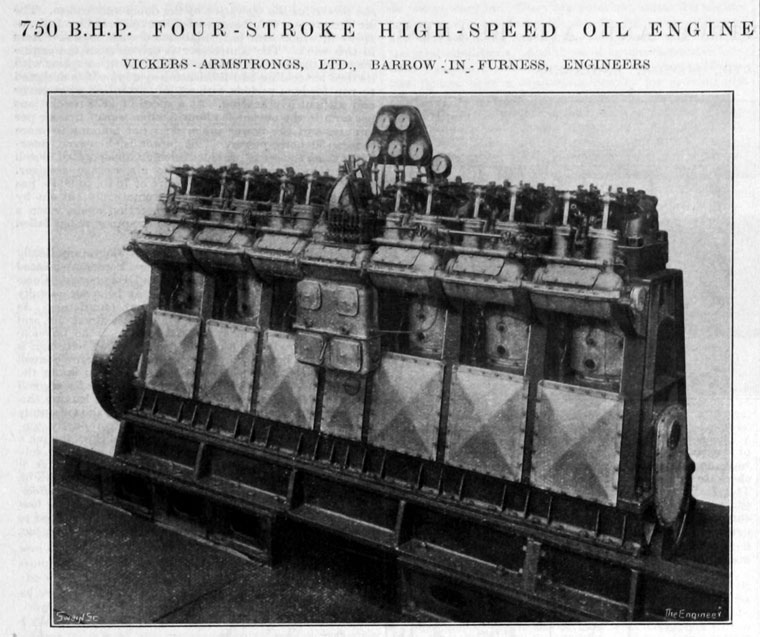 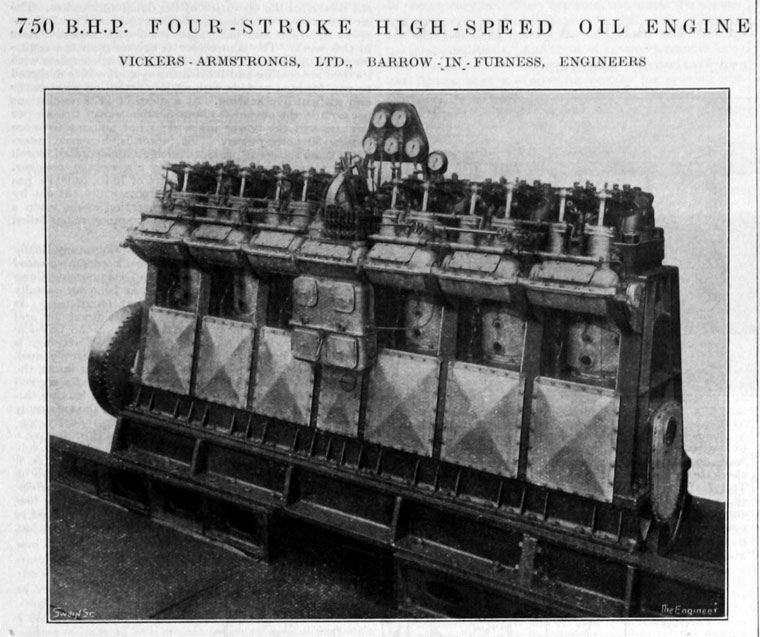 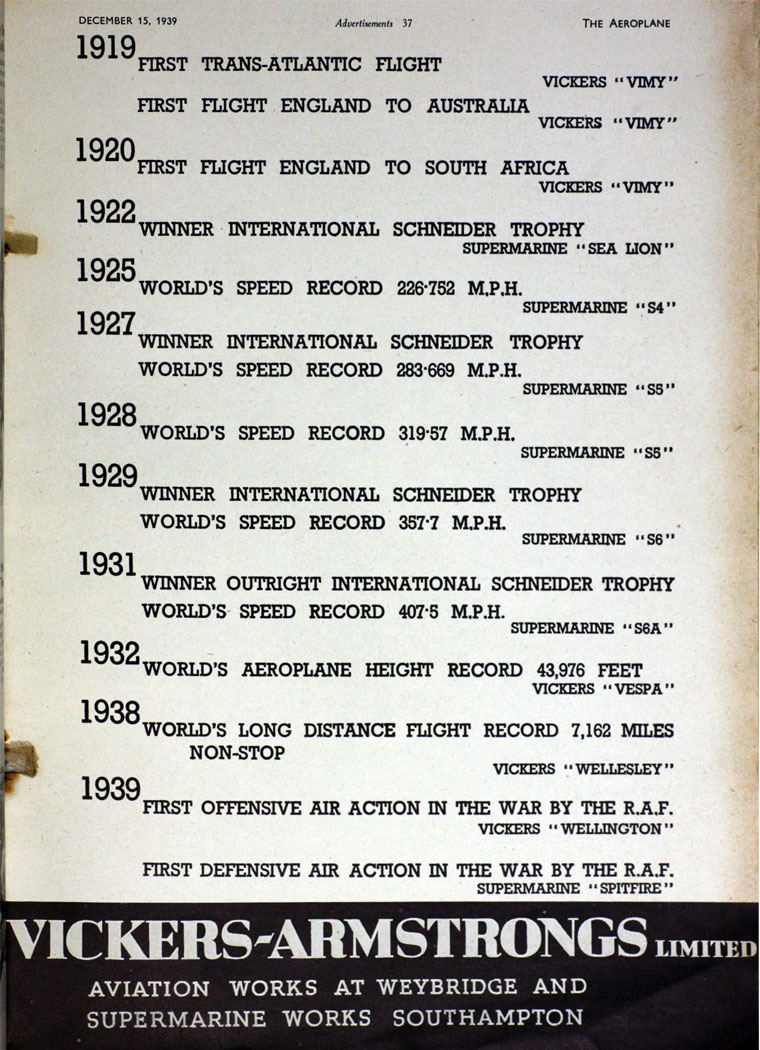 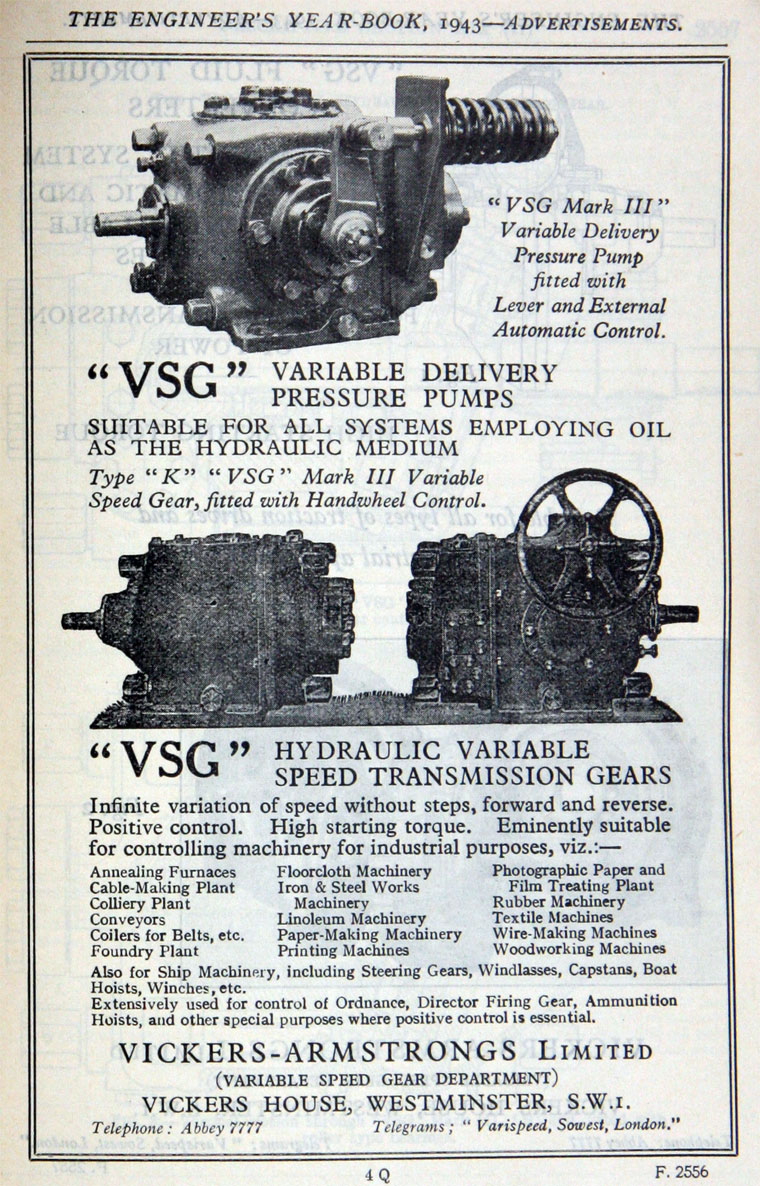 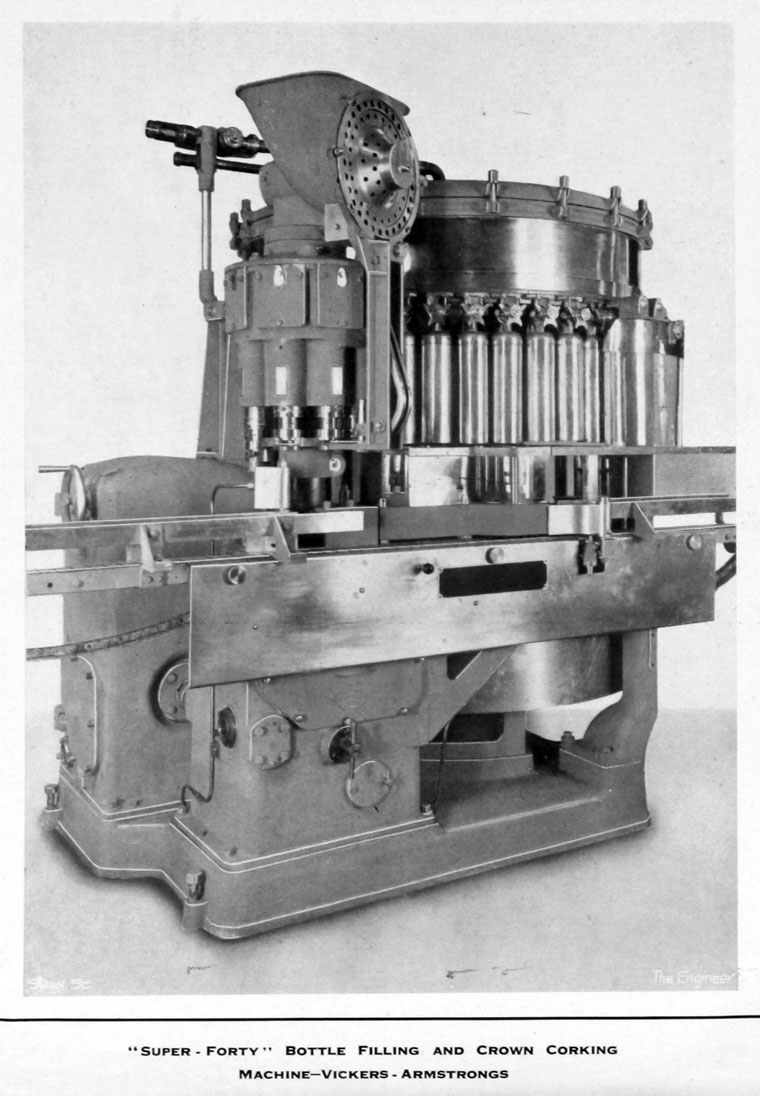 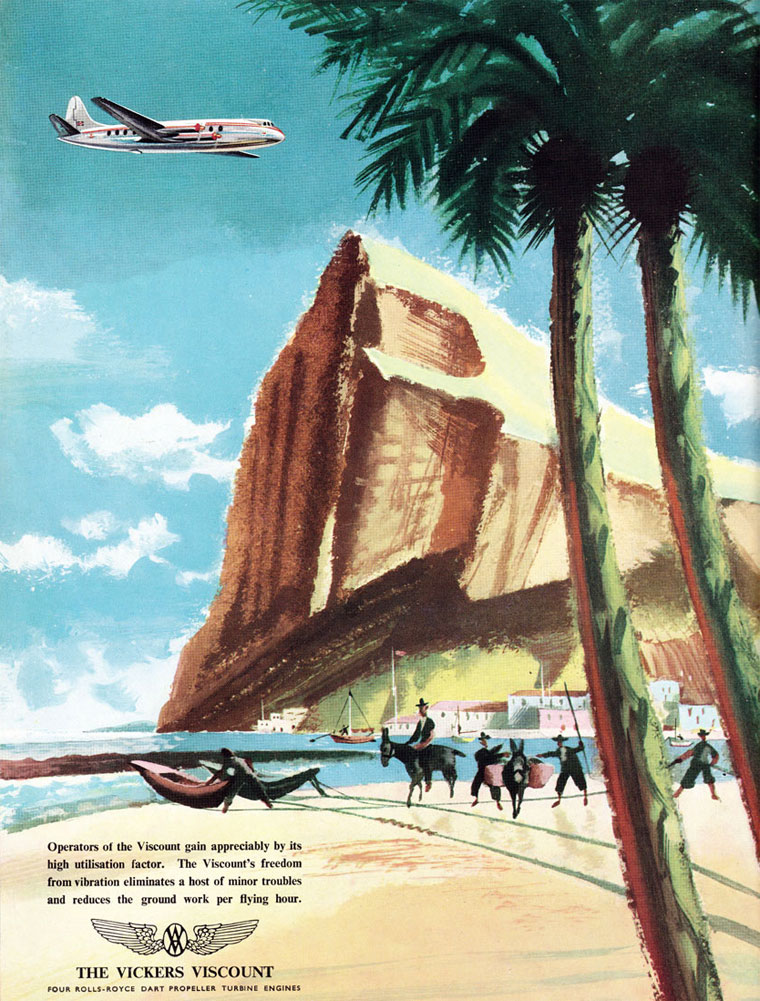 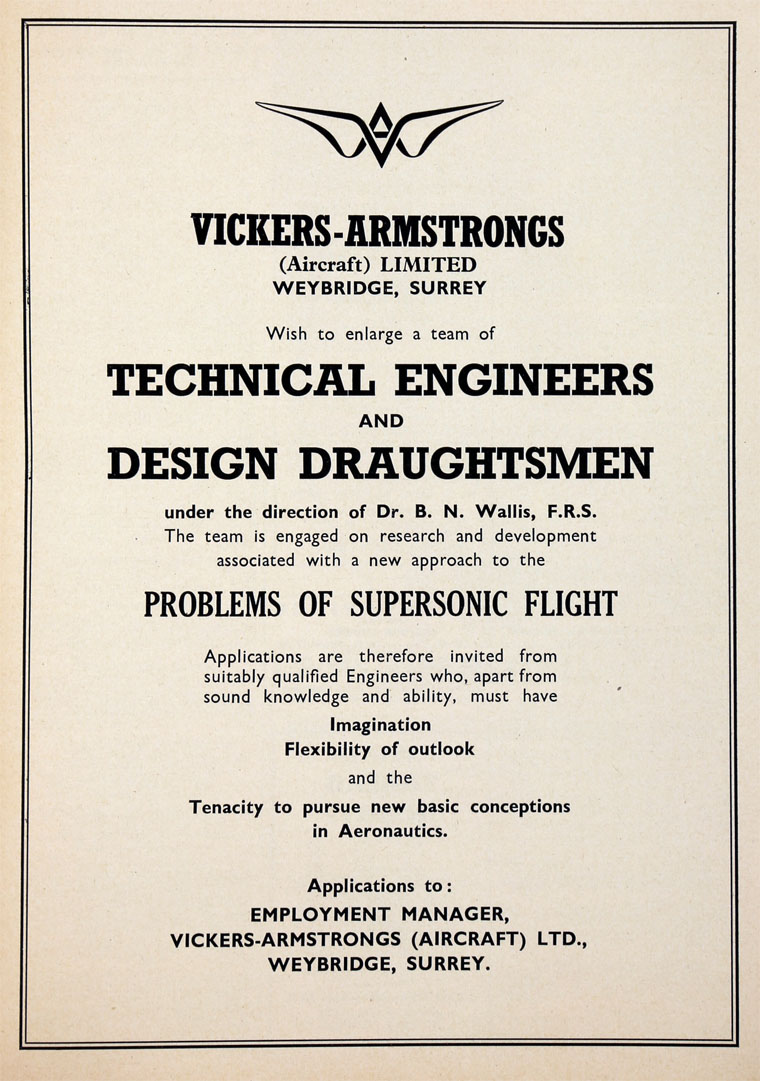 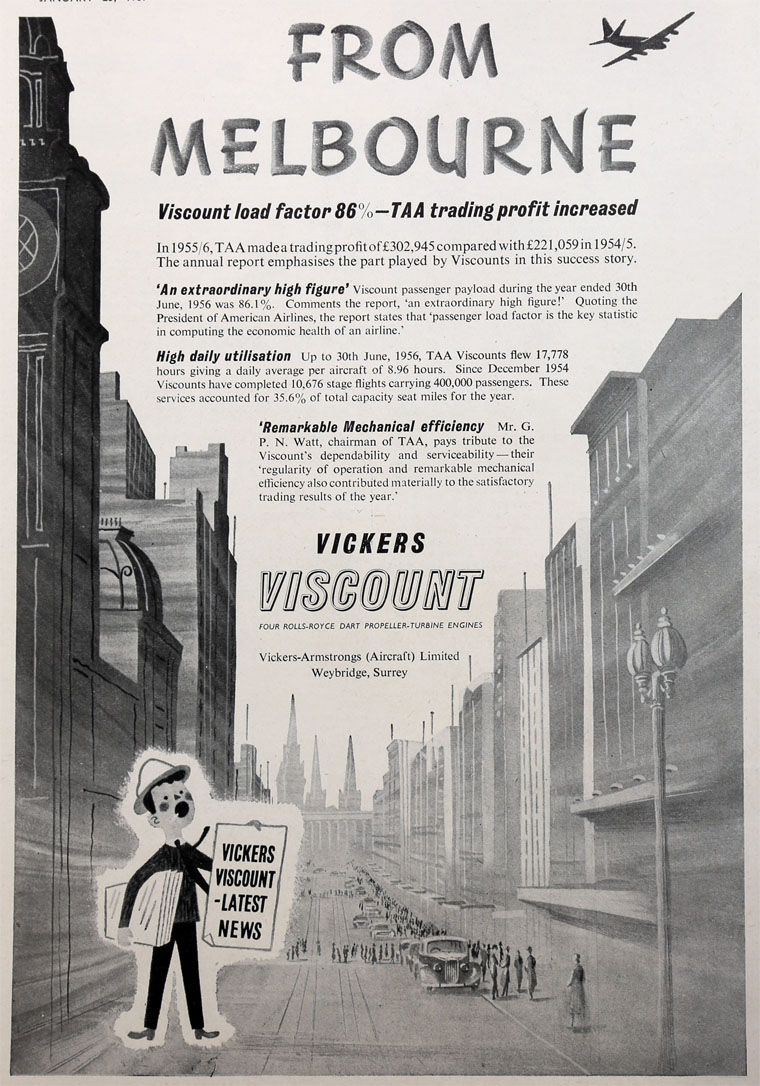 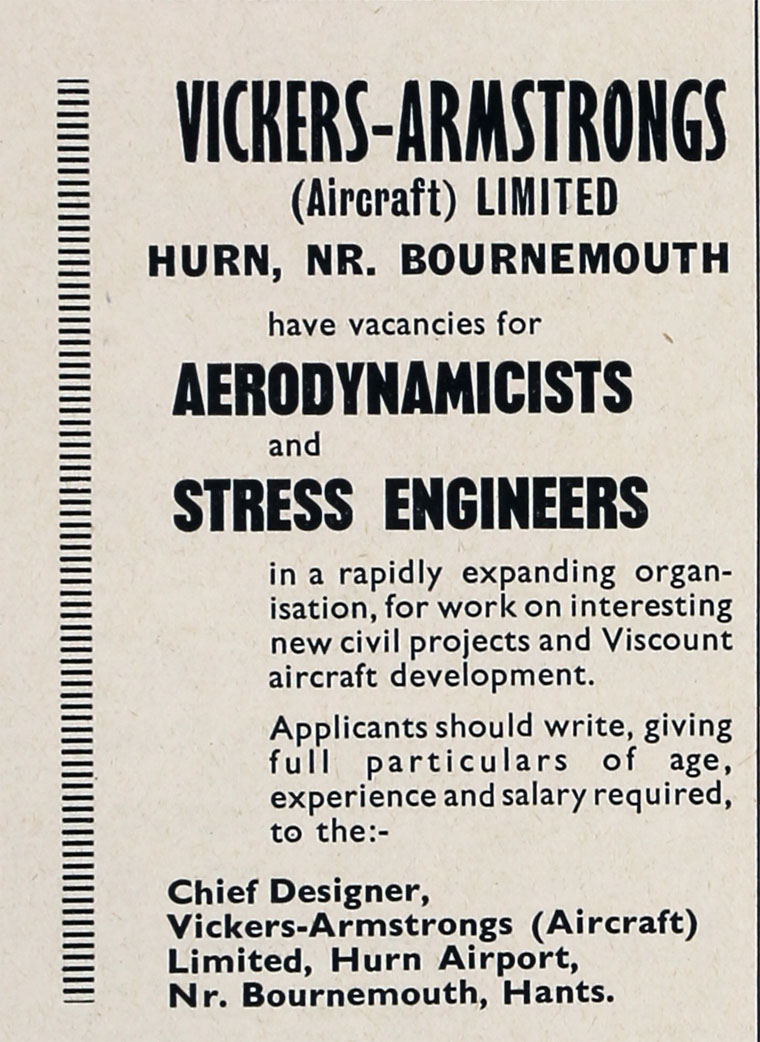 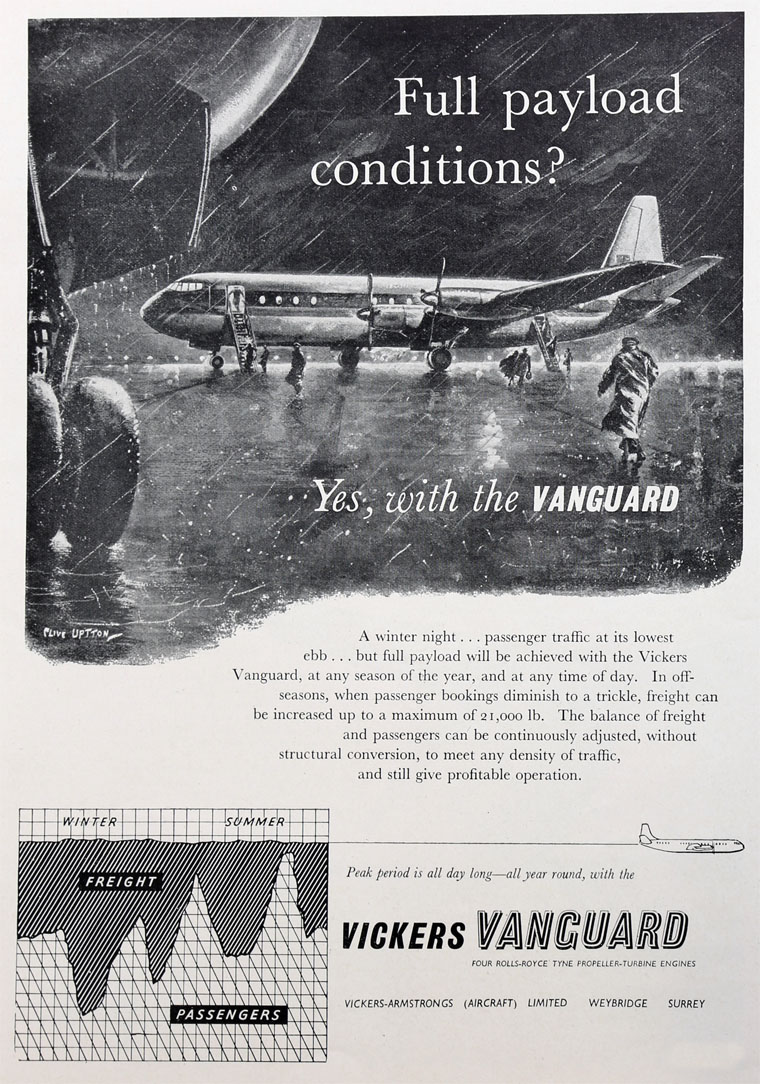 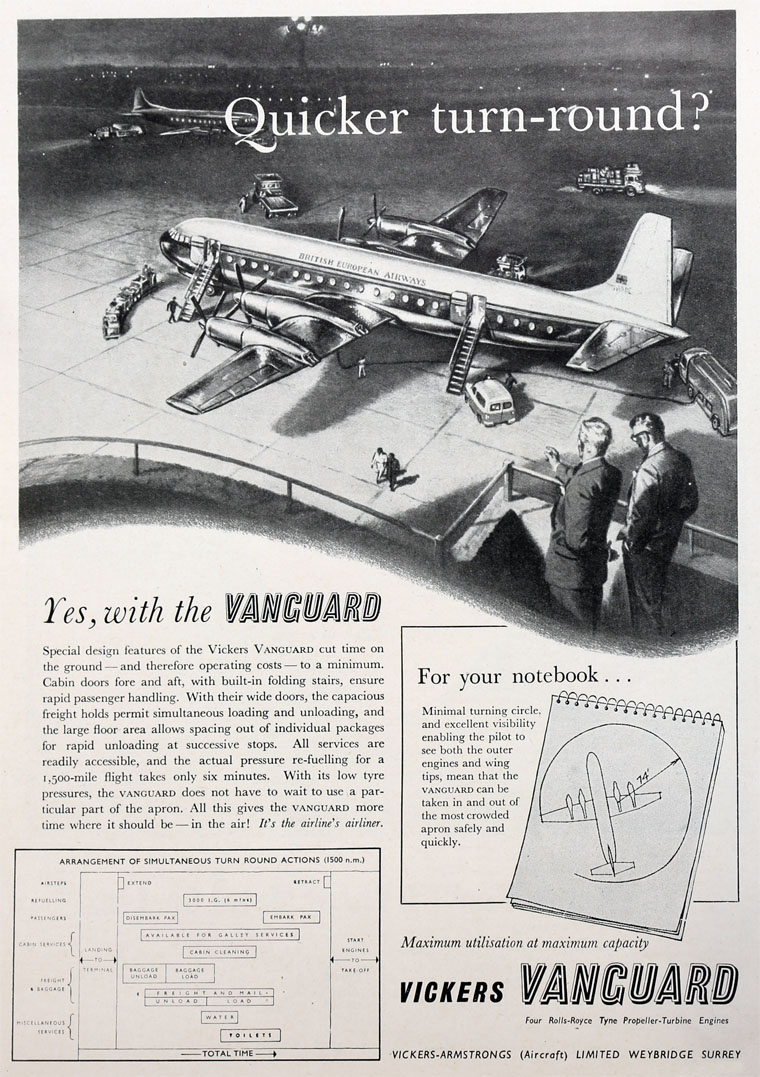 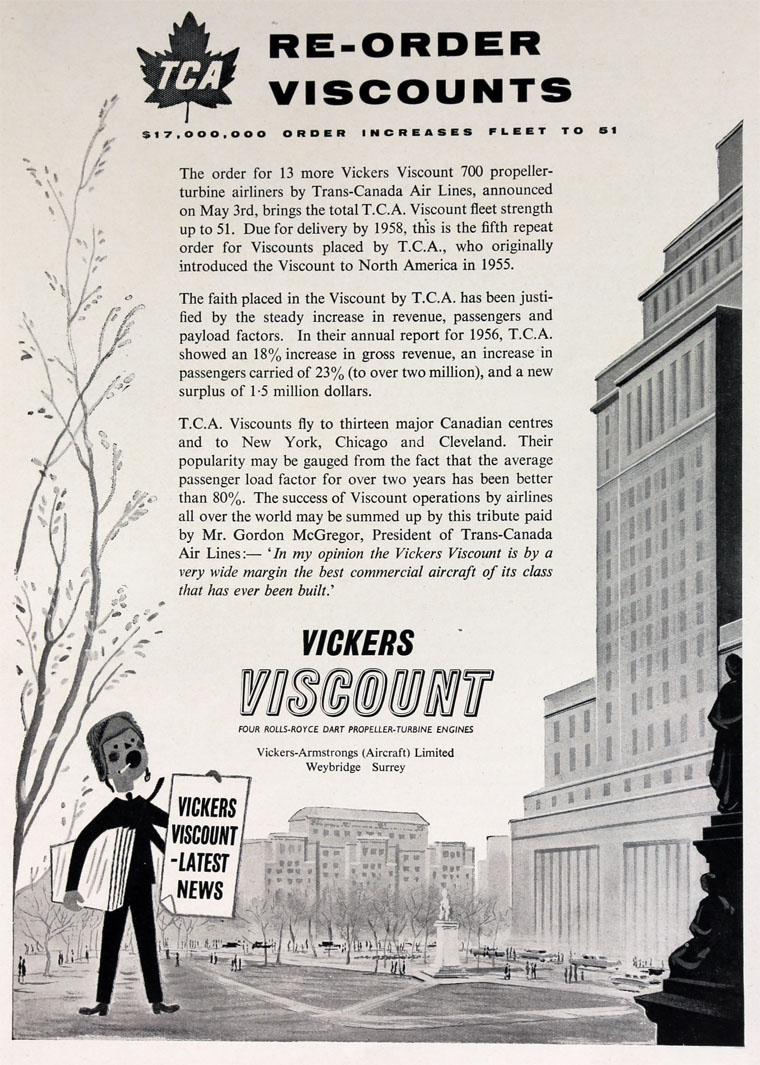 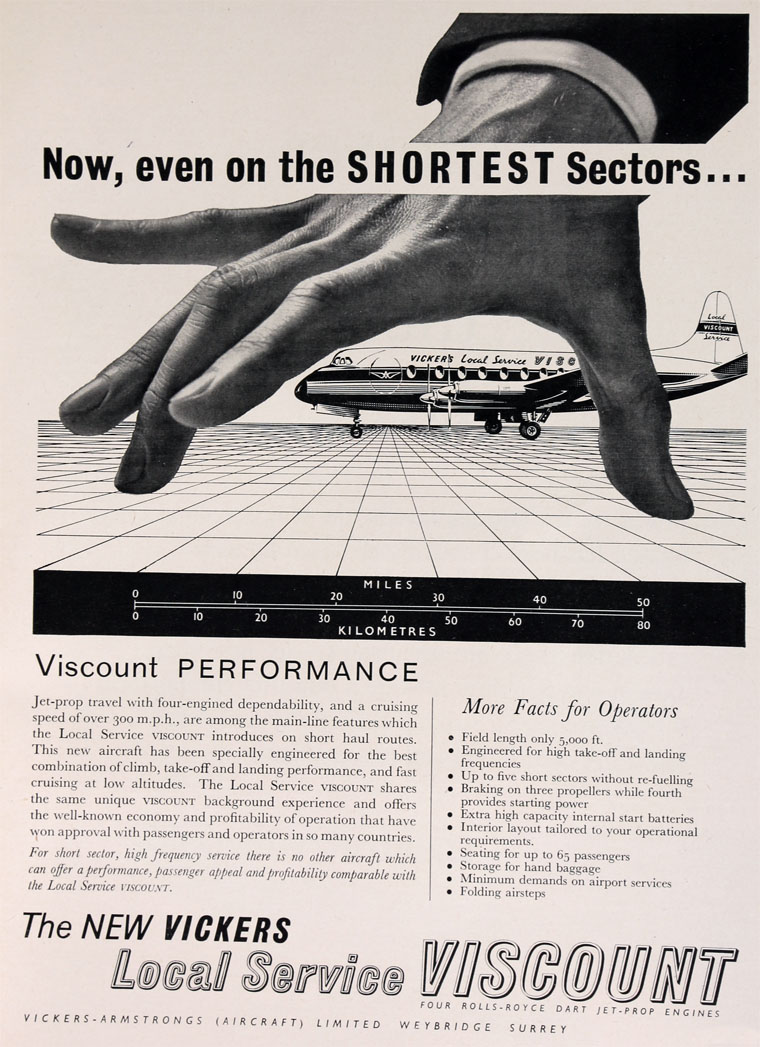 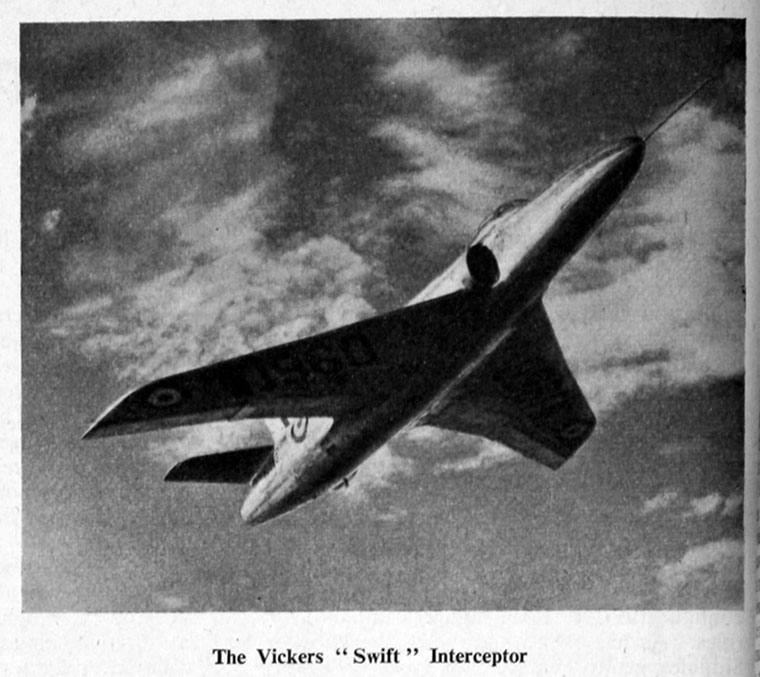 July 1960. Construction of the SS Oriana.

Vickers-Armstrongs was a British engineering conglomerate formed from the engineering and armaments interest of Vickers and Armstrong Whitworth.

The two companies had developed along similar lines, expanded into various military sectors and produced a whole suite of military products. Vickers' assets which would be sold to the new company included those at Sheffield, Barrow, Eskmeals, Erith, Dartford, Swanley and Eynsford. Armstrong's contribution was to be the assets at Elswick, Openshaw and the Naval and Walker shipyards [1]. Some subsidiaries would be retained by the parent companies and operated independently.

1928 Merger of companies in the steel industry announced, involving parts of Vickers, Vickers-Armstrongs and Cammell, Laird and Co to form the English Steel Corporation [2].

1935 Vickers acquired the remainder of the share capital that it did not already own from Armstrong Whitworth Securities Company and other investment companies[3]. Company made private.

WWII By the end of 1944 the company had built the King George V battleship and several aircraft carriers at Barrow and Walker. The company also supplied all of the primary armament and much of the fire control gear for all of the battleships and cruisers supplied to the Royal Navy throughout the war. Barrow was the largest maker of submarines supplemented by work done at Walker. The company also manufactured much anti-aircraft equipment. Many land and tracked vehicles were made by the company and the company's designs were also made by outside organisations. On the aviation side, the company developed the Wellington bomber, later used as a transport with the larger variant the Warwick. The Spitfire justly became famous and was produced in many variants. Also some novel, secret weapons developed under the direction of Mr Barnes Wallis. Also many other munitions[5].

1945 During the year the company made the transition from wartime work to peacetime[6]:

Vickers formed its Aviation Department in 1911.

SEE Vickers Aircraft for a list of Aircraft built.

1927 The aircraft interests of Armstrong Whitworth were not acquired in the merger of Vickers and Armstrongs, and later passed to the Hawker Aircraft group.[10]

1927 The Vickers aircraft building activity was retained by Vickers when the other armaments activities were merged into Vickers-Armstrongs.

1957 The Viscount was in use with 14 airlines; BEA signed a contract for 20 Vanguards, a larger aircraft; the Valiant was the only 4-jet bomber in service with the RAF; deliveries of the Supermarine Swift continued to the RAF and the Scimitar would be made for the Royal Navy[13]

1963 The Supermarine operation was closed.

1965 The Vickers brand name for aircraft was dropped by BAC.

1977 Under the terms of the 1977 Aircraft and Shipbuilding Industries Act, BAC was nationalised to become part of British Aerospace (BAe) (later BAE Systems).

1999 The Vickers brand ceased to be used for aircraft engines when Rolls-Royce renamed its acquisitions Vintners plc.

Vickers-Armstrongs Ltd were shipbuilders from 1928-1968.

1928 Merger of companies in the steel industry announced, involving parts of Vickers, Vickers-Armstrongs and Cammell, Laird and Co[14]. This would involve all of the steel interests of the 3 contributing groups, except for interests in guns, ammunition and tanks. A new company would be created to take over these interests: the English Steel Corporation Ltd. The constituent parts from Vickers-Armstrongs were:

1947 Acquired G. J. Worssam and Son, maker of bottling equipment, which would complement the Robert Boby business in serving the brewing, distilling and bottling industries[15]

1947 Acquired the manufacturing and selling rights in the UK and other countries of the high speed rotary newspaper printing machinery and other presses developed by Walter Scott and Inc., of USA; the presses will be made in Newcastle, and known as Scott-Vickers presses[16]

1957 Vickers-Armstrongs (Engineers) Ltd was fully occupied including at Barrow Works where work on fitting out ships as well as machinery for various external customers concerned with cement, pumps, soap, ink; the Elswick and Scotswood works were fully employed; the Wakefield works had increased orders and the Southern Works at Crayford maintained output; the Dartford works increased output of office equipment by 13 percent[18]