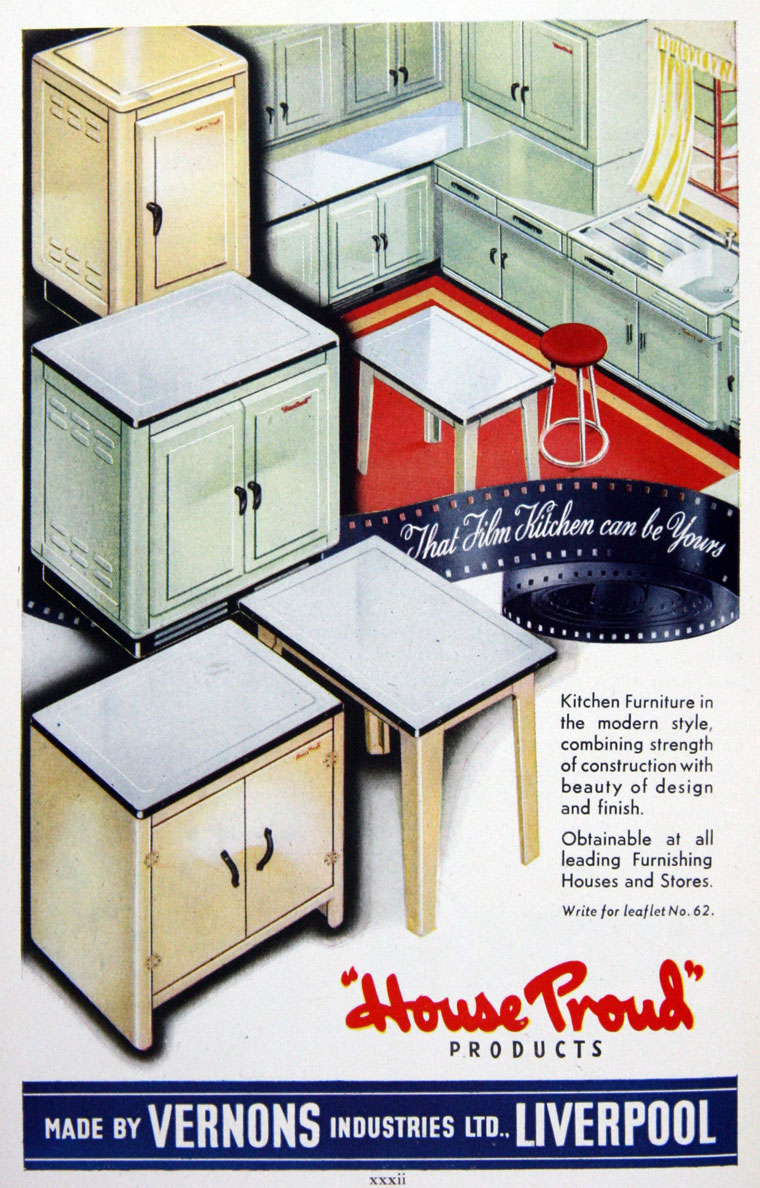 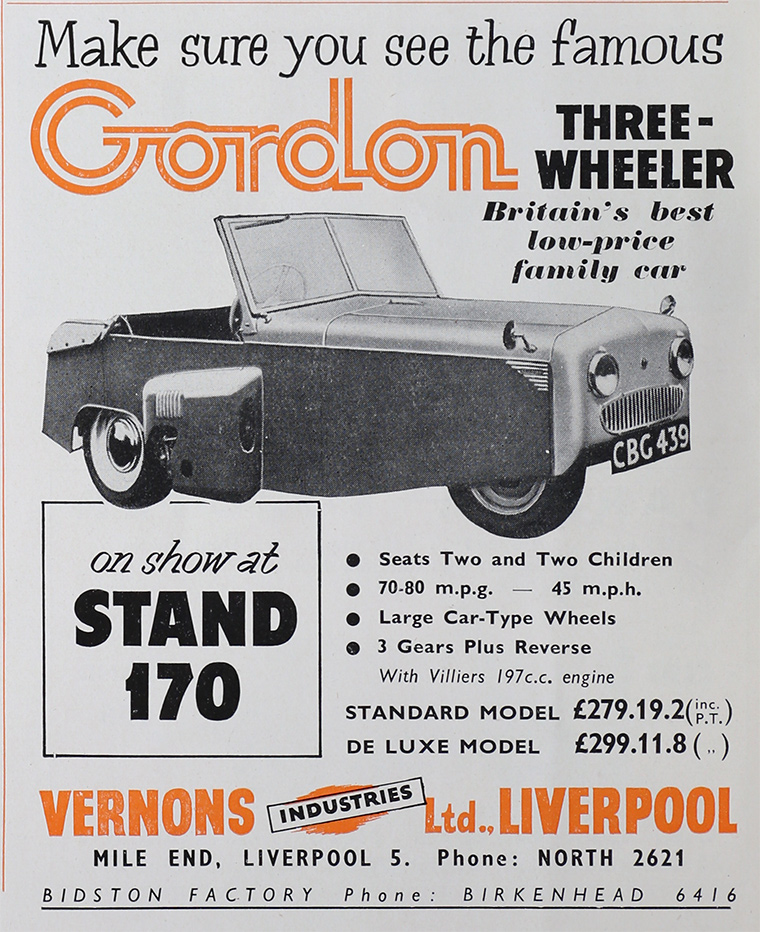 Vernons Industries of Liverpool, whose main claim to fame was, and still is, the football pools (since 1925).

1950s Vernons also made a small three-wheeled car in the 1950s - the Gordon. Like many small cars of the period, the Gordon was manufactured by a company that had been hitherto completely unconnected with any aspect of vehicle manufacture. The origin of the name Gordon have been forgotten. Probably the most attractive feature of the Gordon was the price. It cost £269.17.9d including purchase tax. This made it considerably cheaper to buy than any other car on the market at that time.