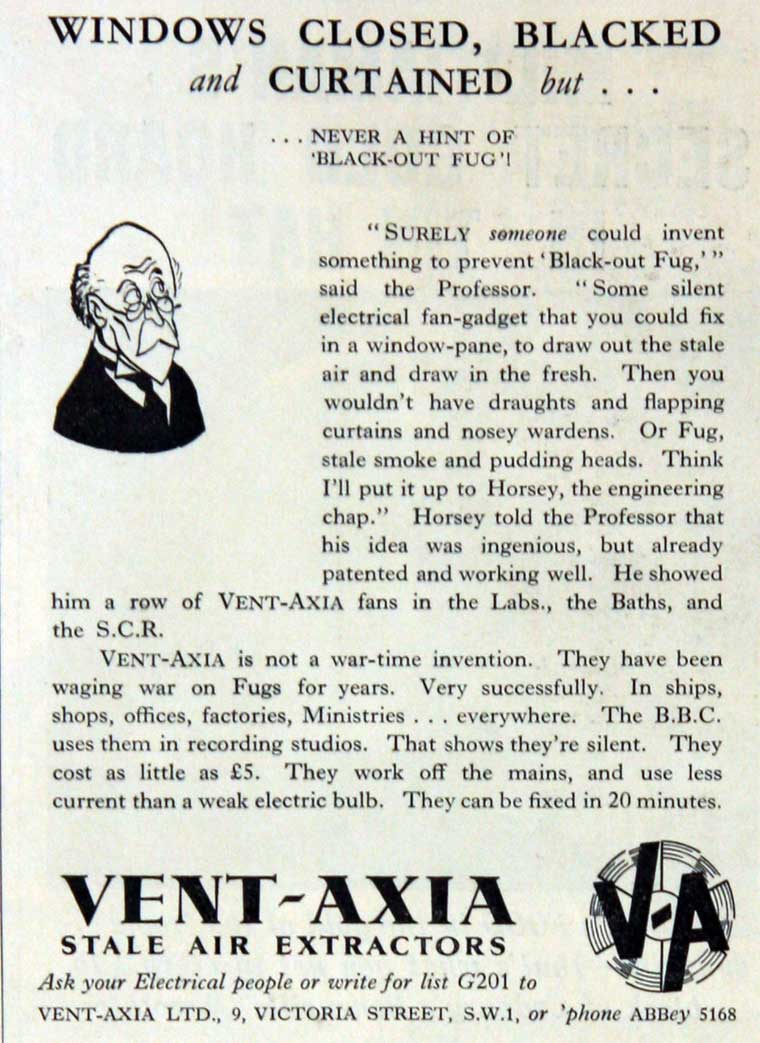 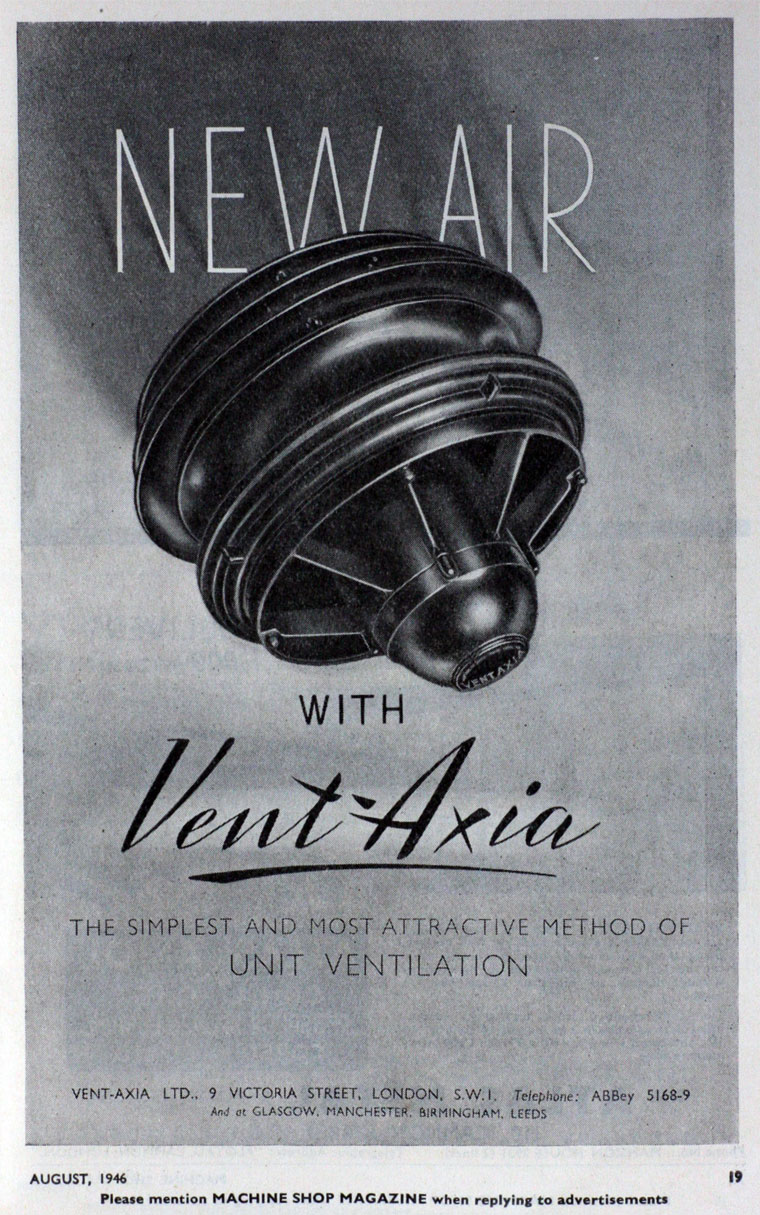 1946. From Machine Shop Magazine of August. 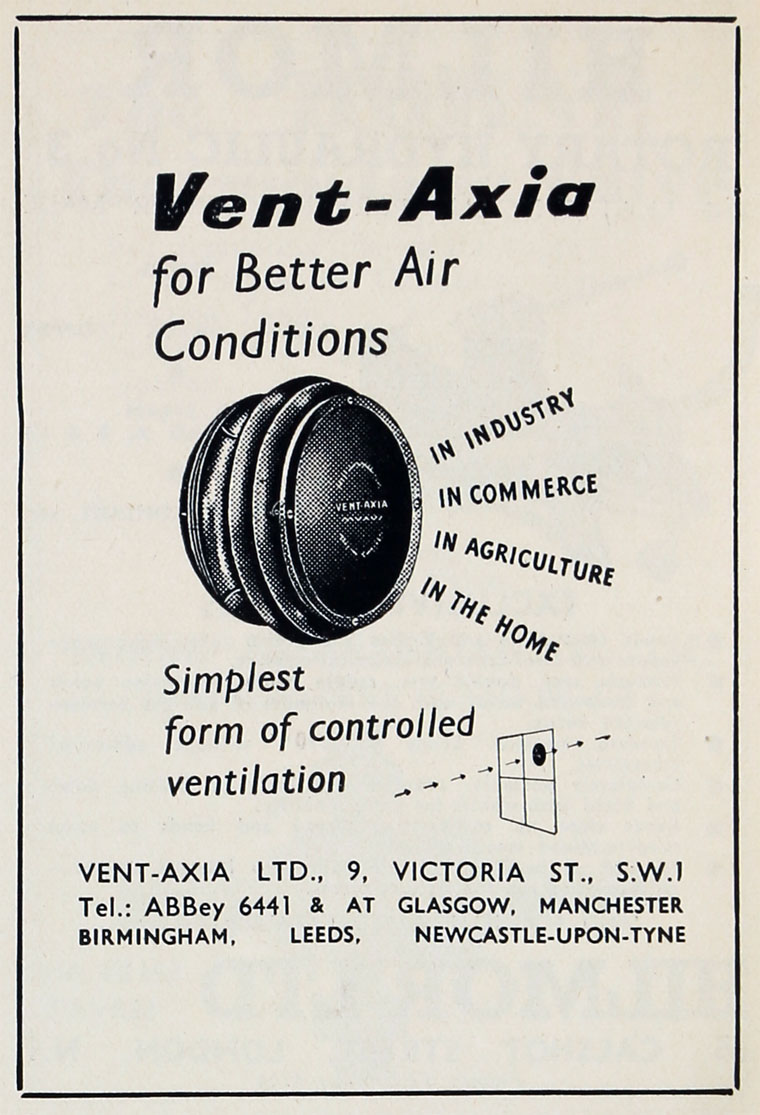 Maker of fans, of Crawley

1992 Sold to Smiths Industries, except for the industrial division at Milton Keynes which remained with APV[3]