Grace's Guide is the leading source of historical information on industry and manufacturing in Britain. This web publication contains 139,081 pages of information and 225,328 images on early companies, their products and the people who designed and built them. 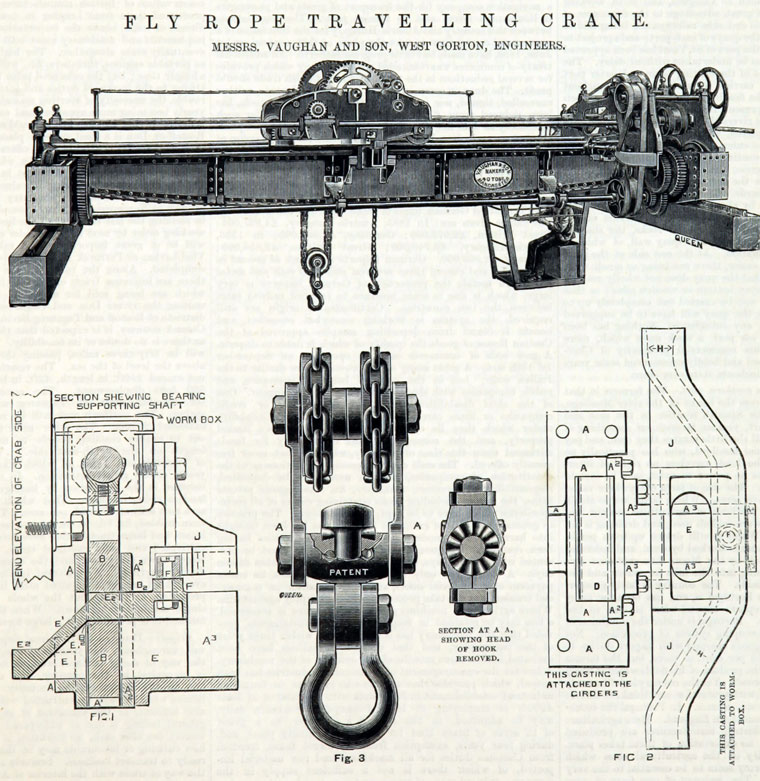 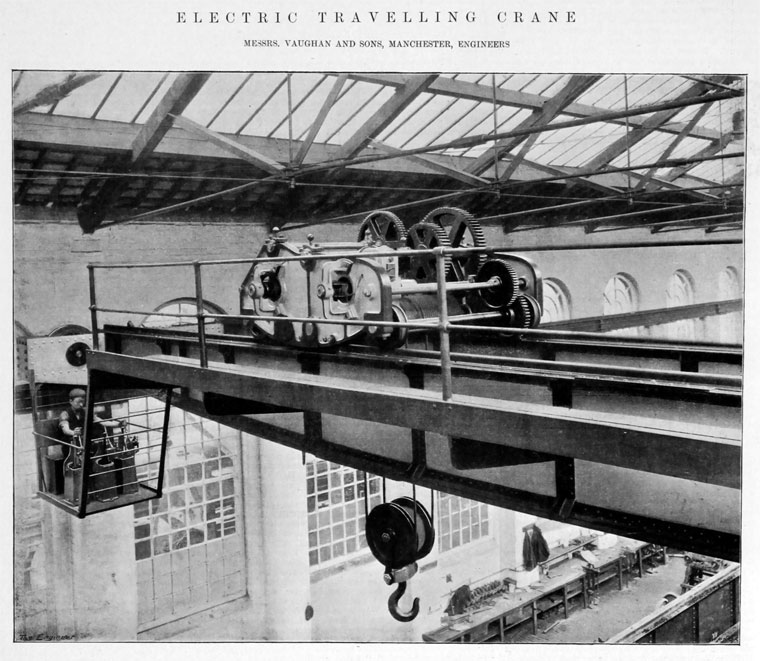 1899. View of Electric Crabs in Progress at the Manchester Works. 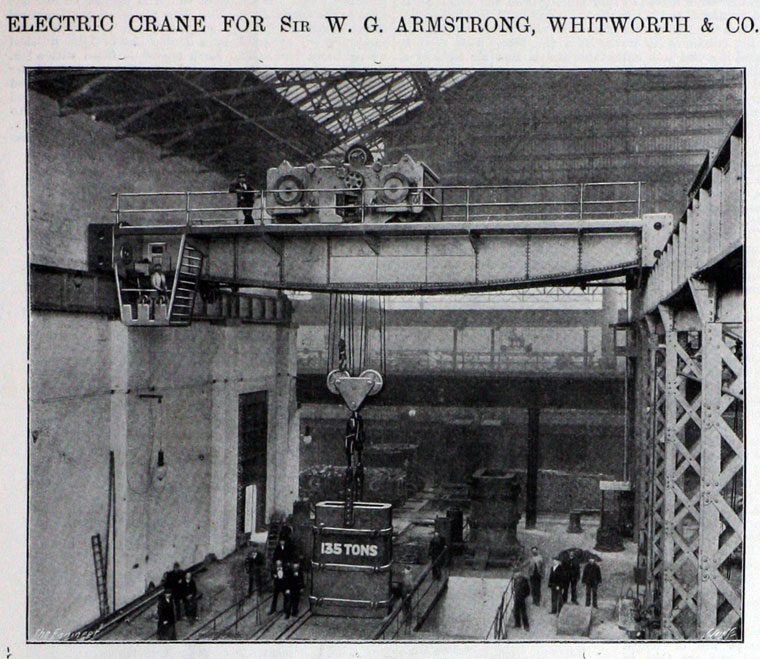 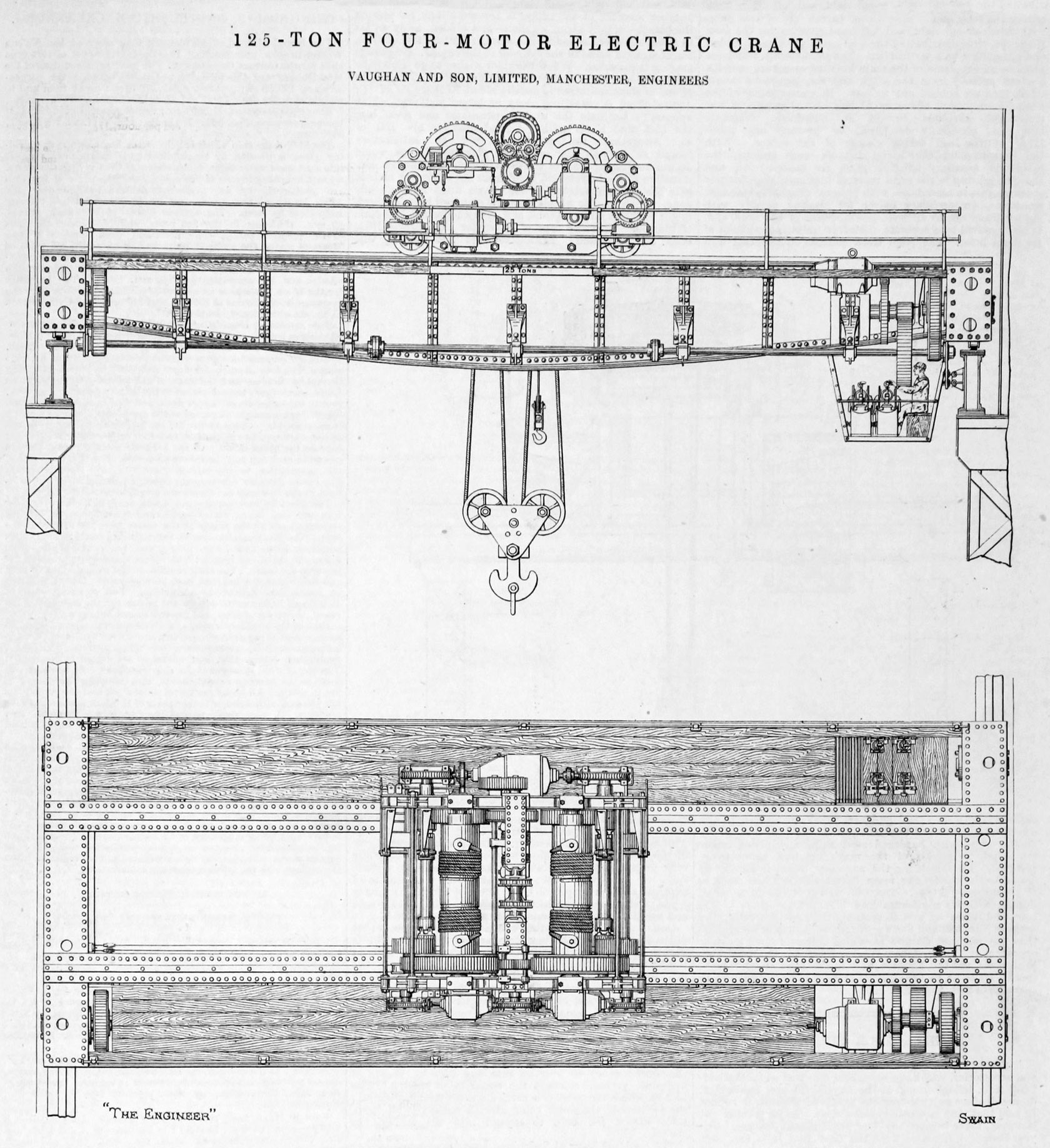 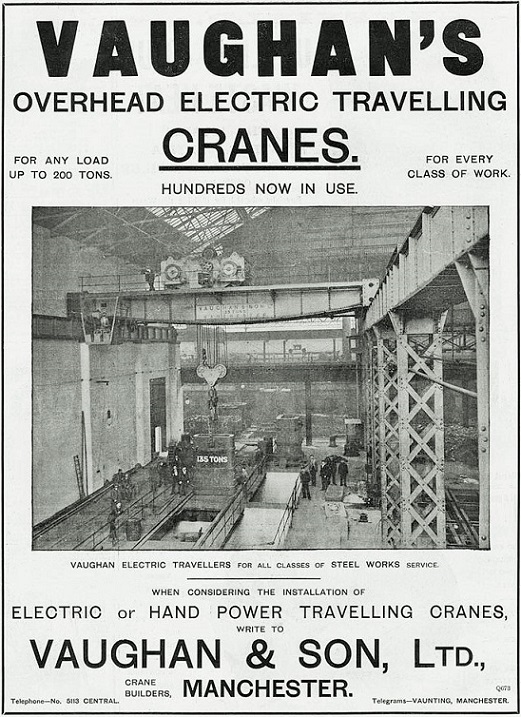 1879 December: the business was carried on by Henry Vaughan and subsequently became Vaughan and Son. Henry's son William was a partner in the firm.

1891 12-ton overhead crane with 71 ft 6 in span for Woolwich Arsenal, powered by wall-mounted square lineshaft. In the same report, reference is made to a rope-driven crane being built for Fleming and Ferguson, Paisley, with a span of 60 ft and a capacity of 50 tons.[3]

1900 Issued article about the development and construction of electric and other travelling cranes based on their work in this field. [5]