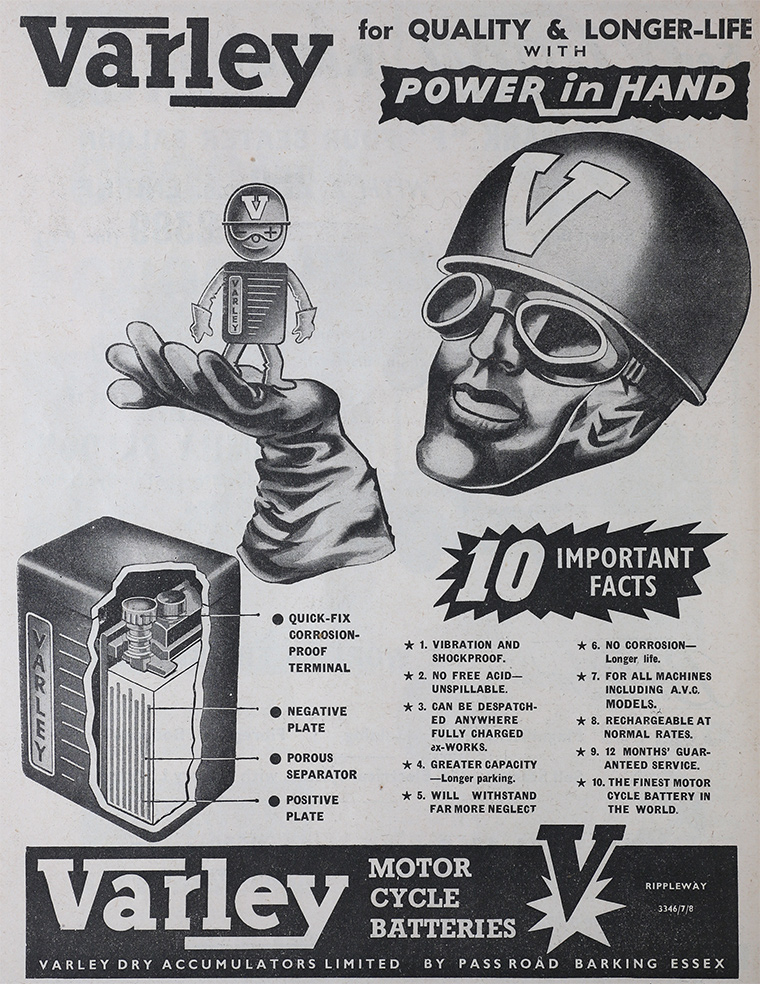 of Barking, maker of dry accumulators

1940 Patent application, by the company and Jonas Abraham Szper, a Polish citizen of the company's address, for improvements in electric storage batteries

and several other patents

1954 Supplied batteries for the Britannia aircraft[1]

1974 Ever Ready Co (Holdings) acquired Varley from General Electrical and Mechanical, an offshoot of Babcock and Wilcox[3]