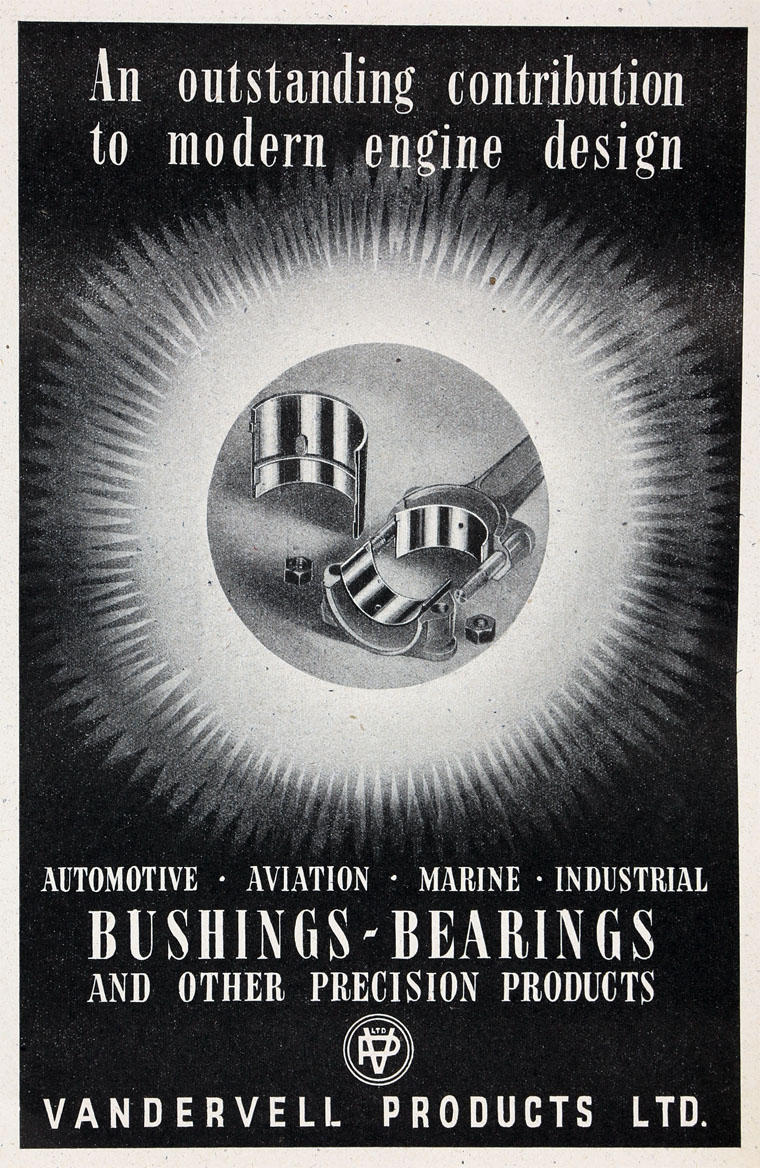 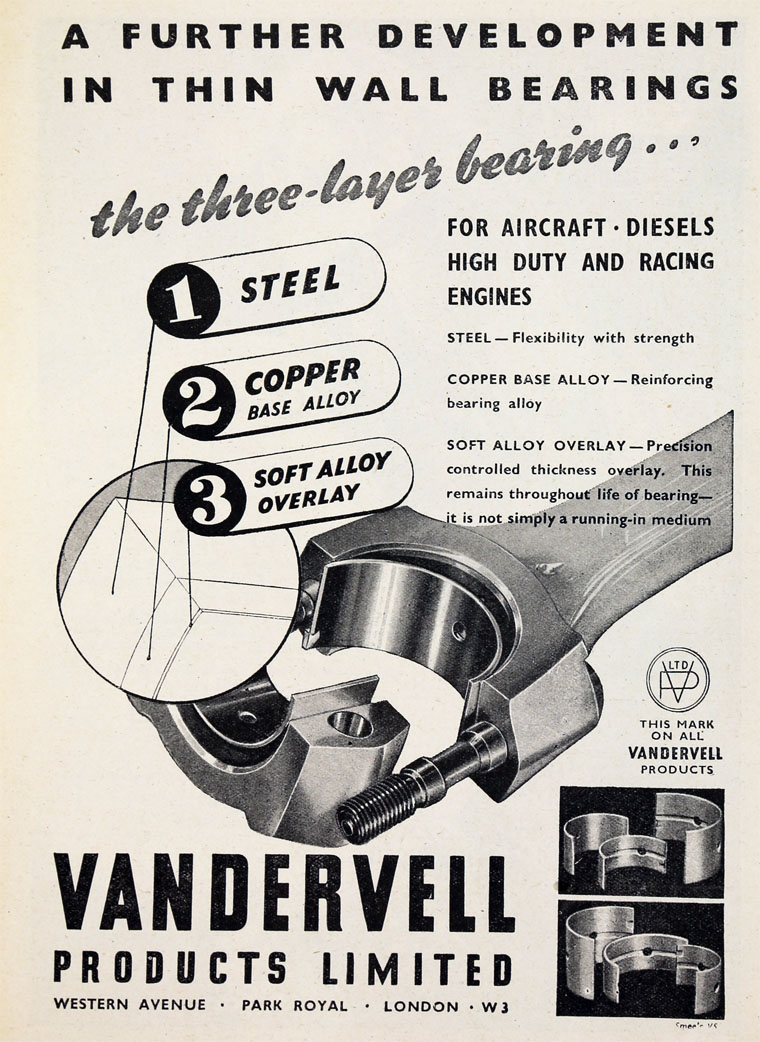 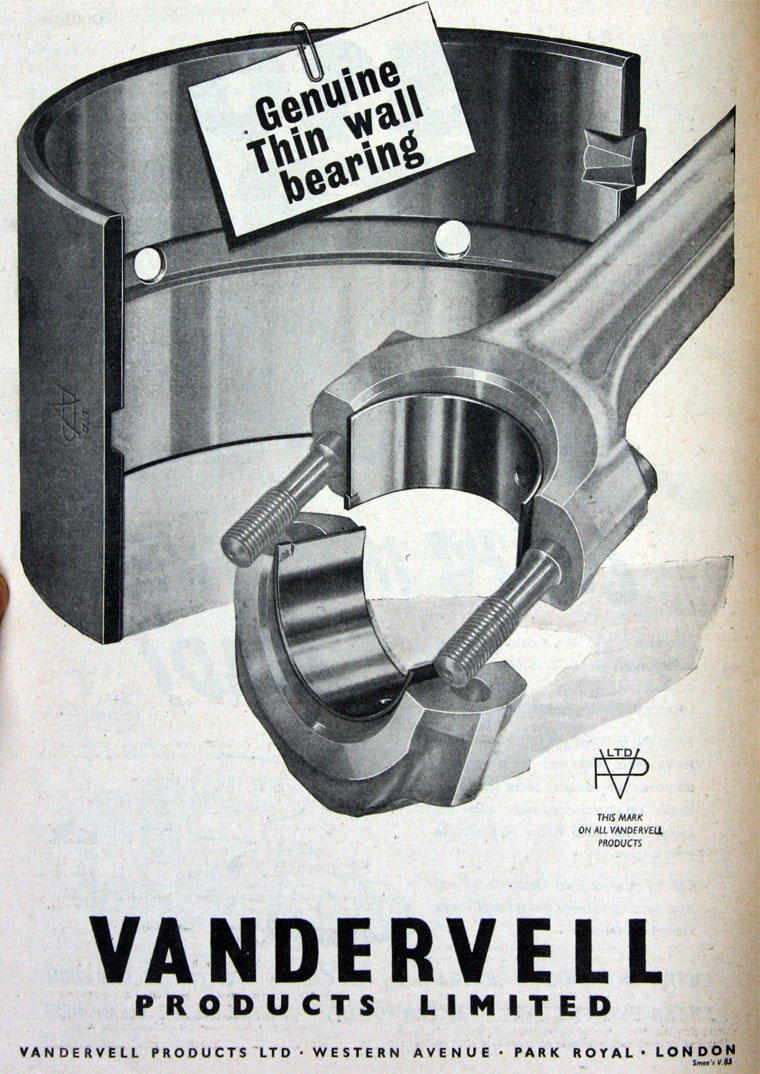 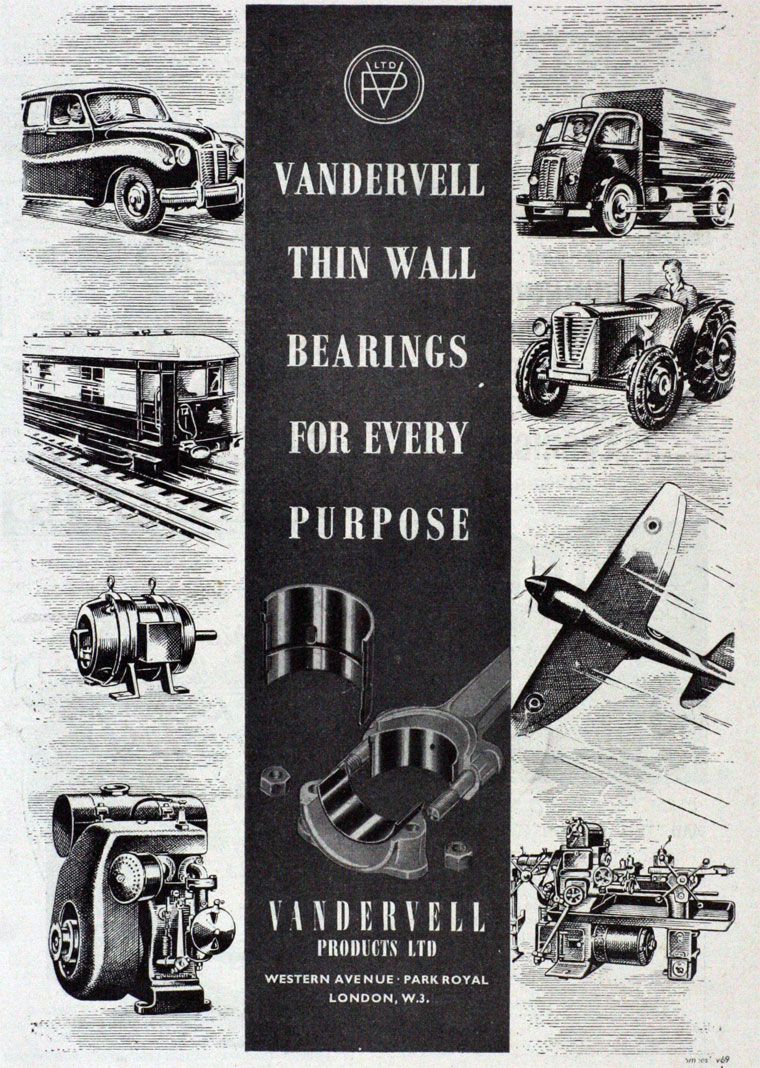 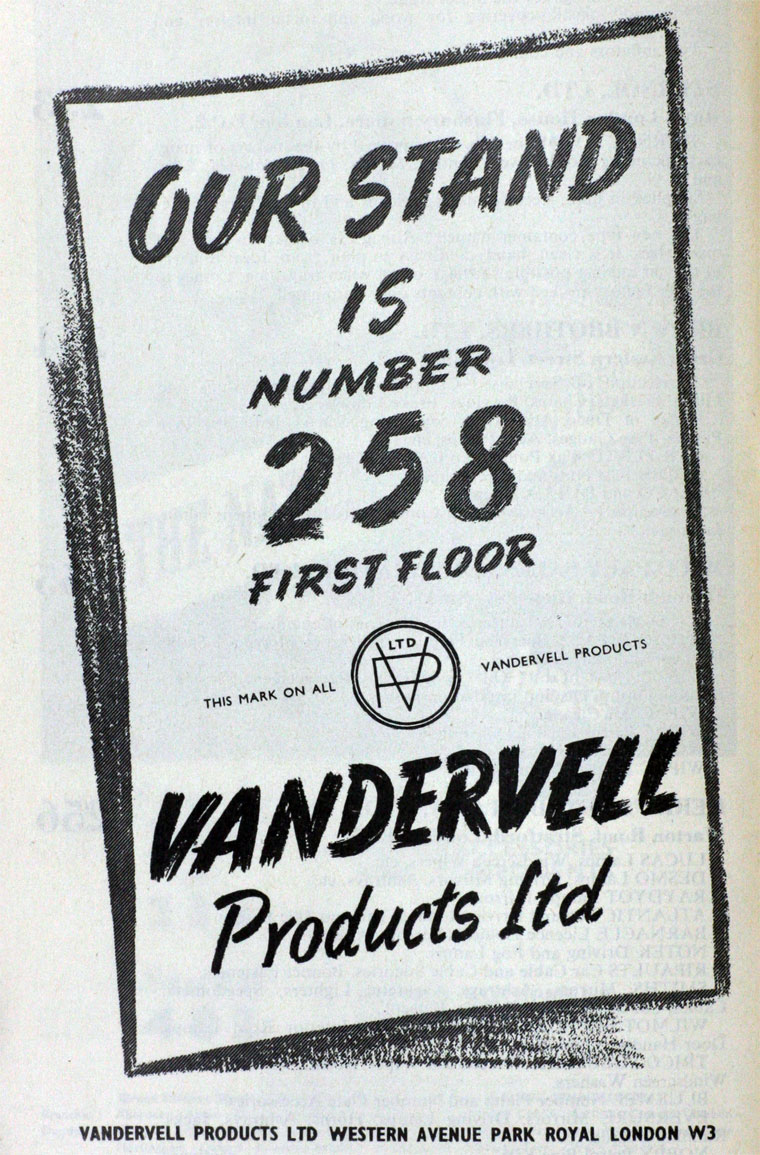 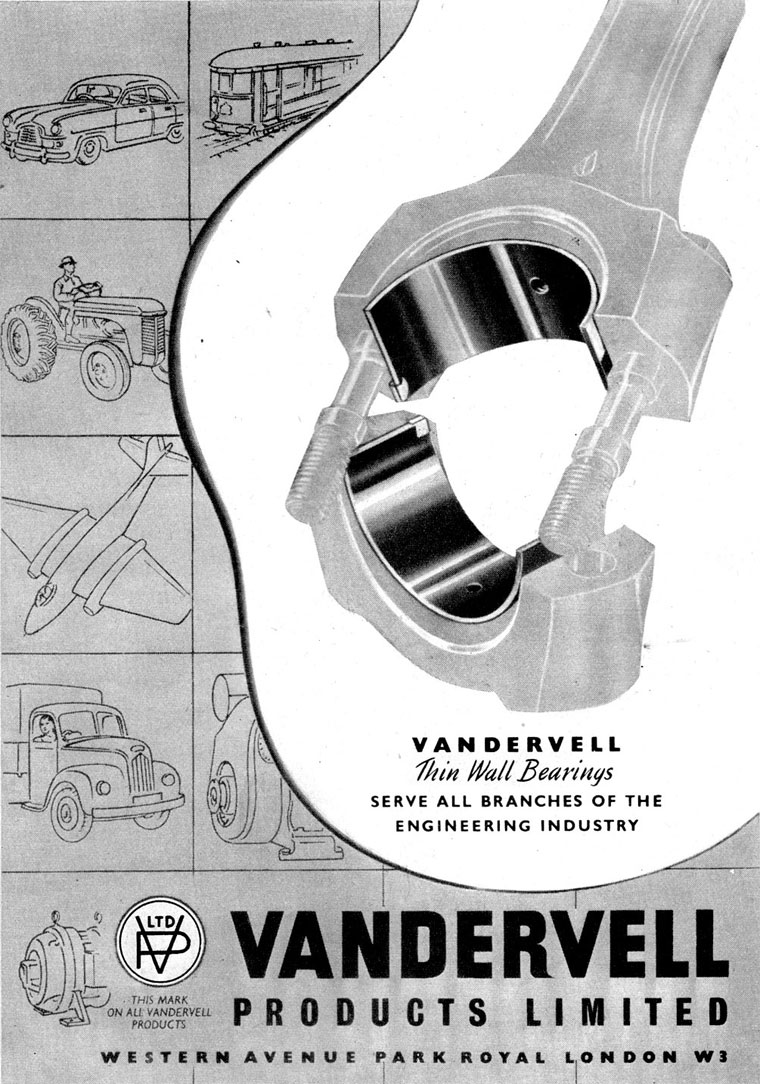 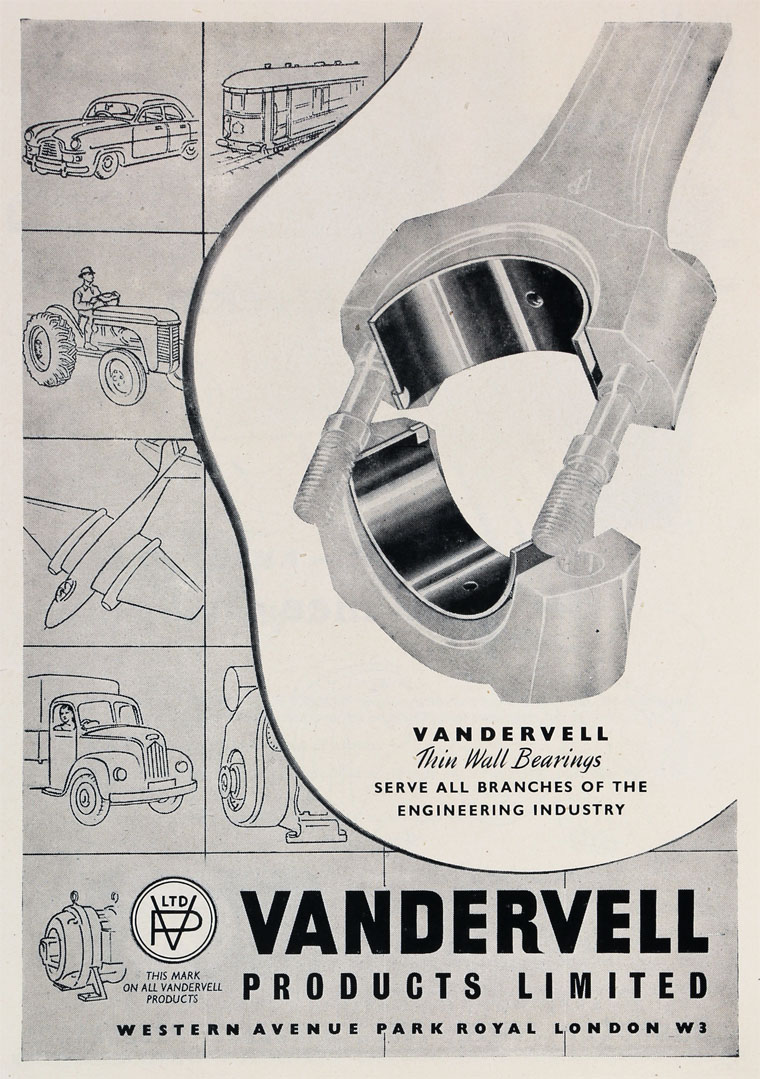 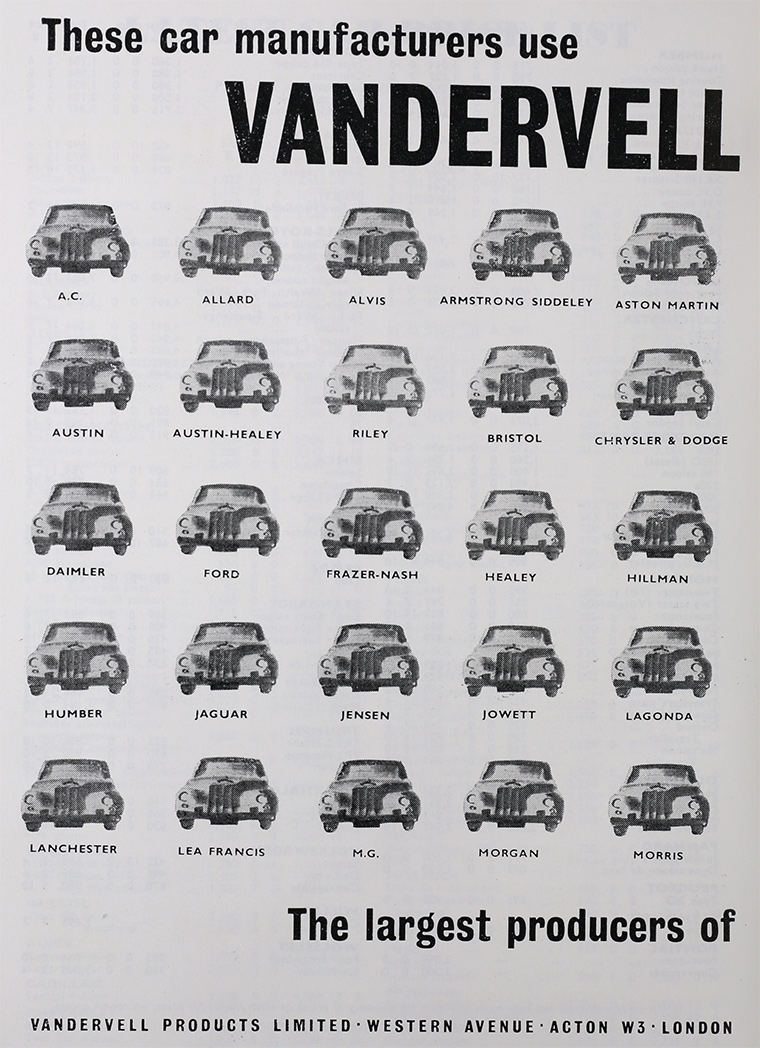 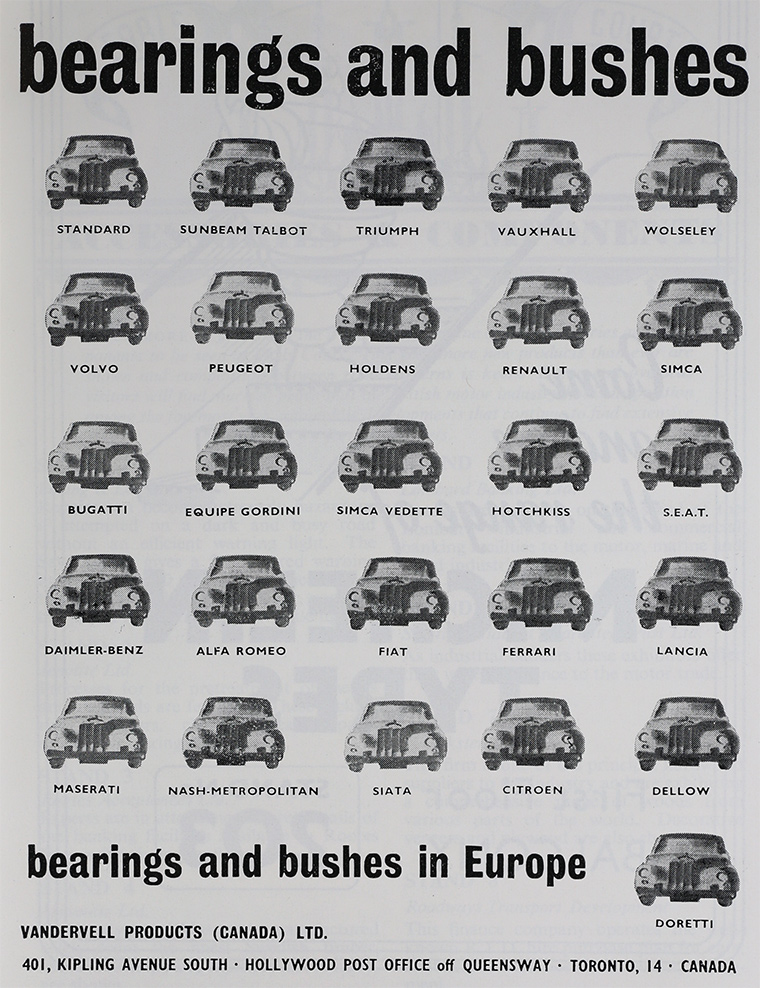 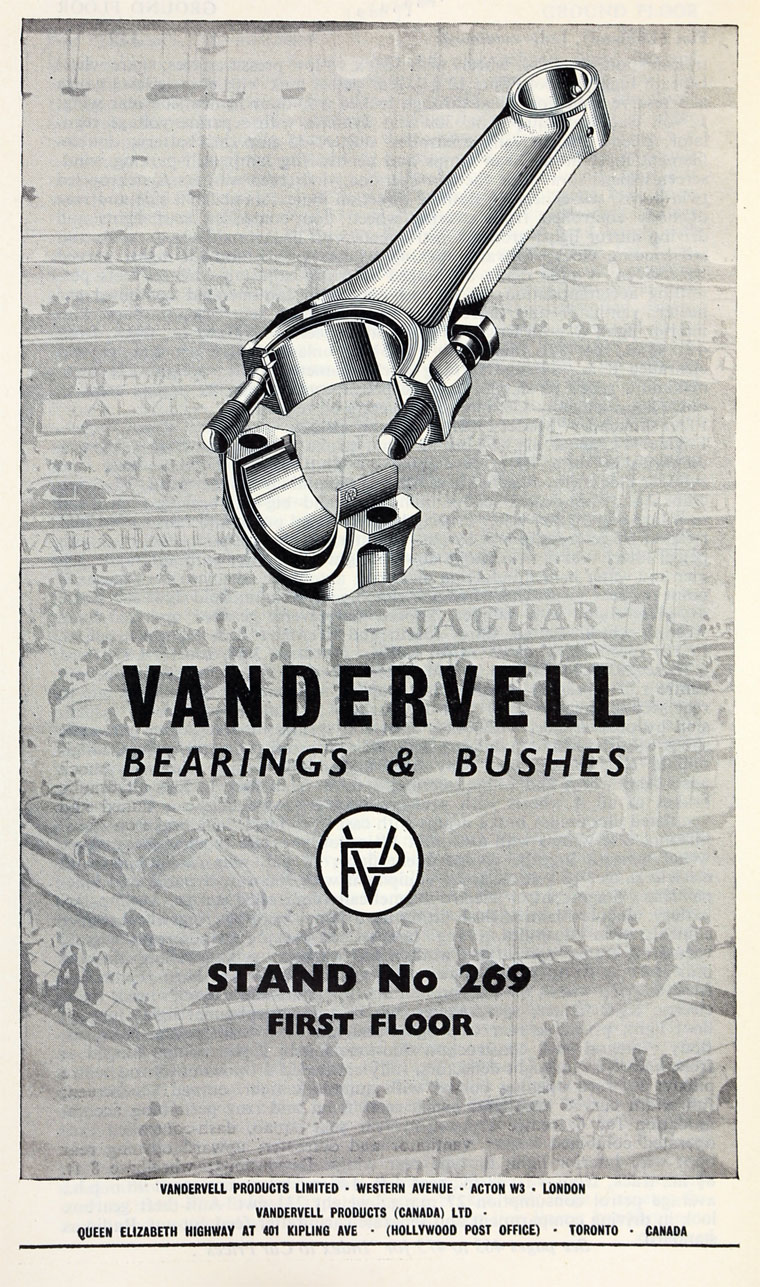 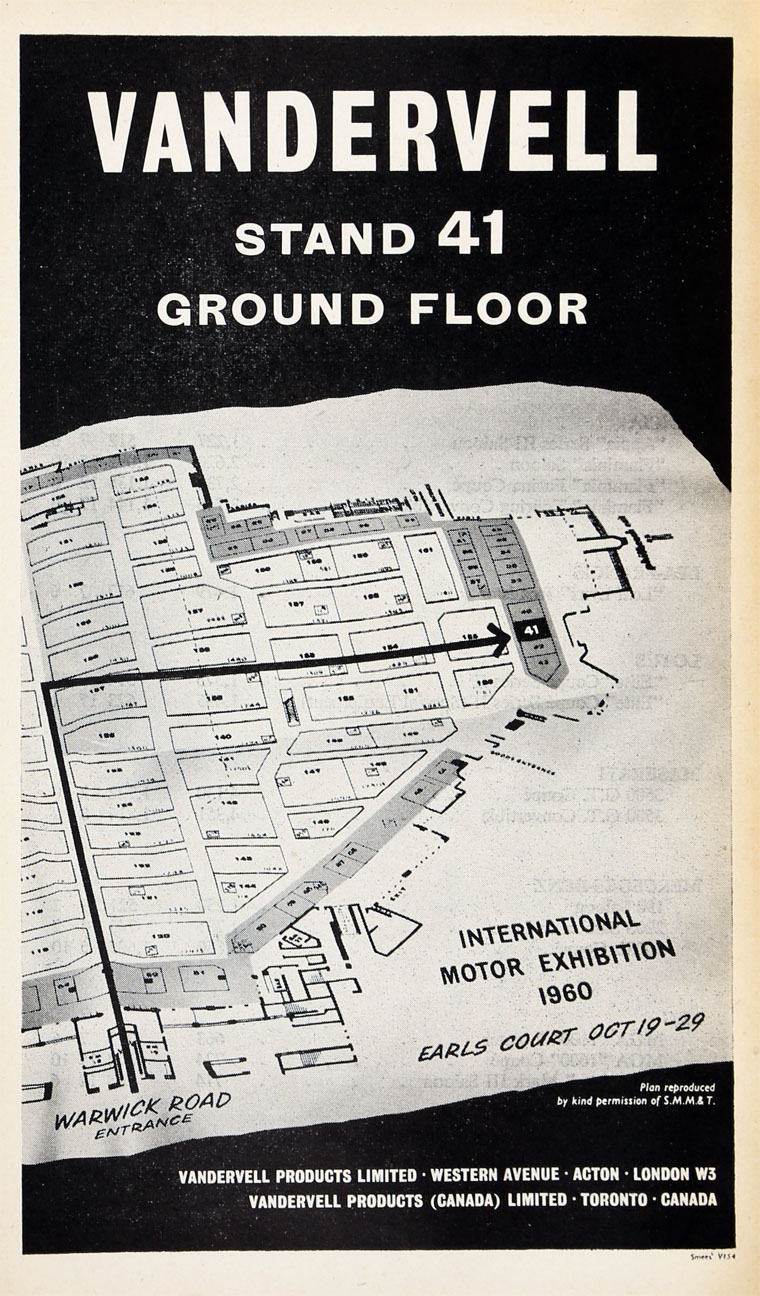 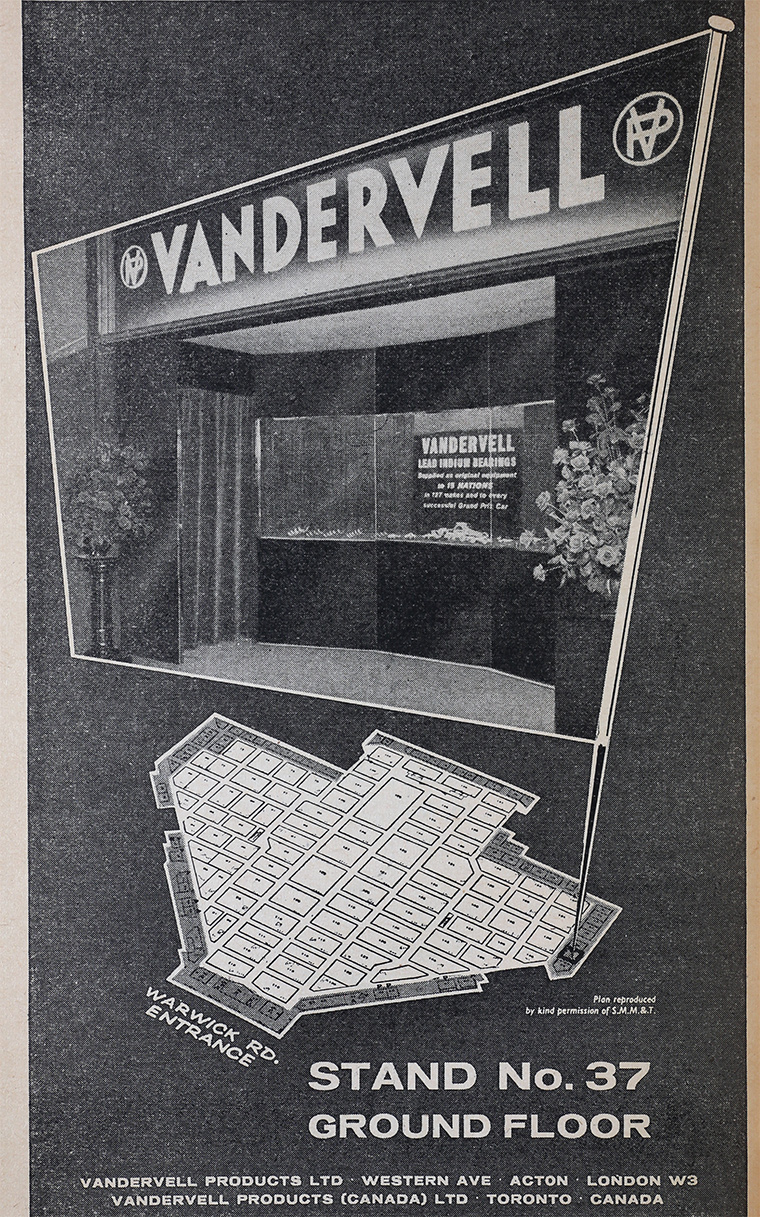 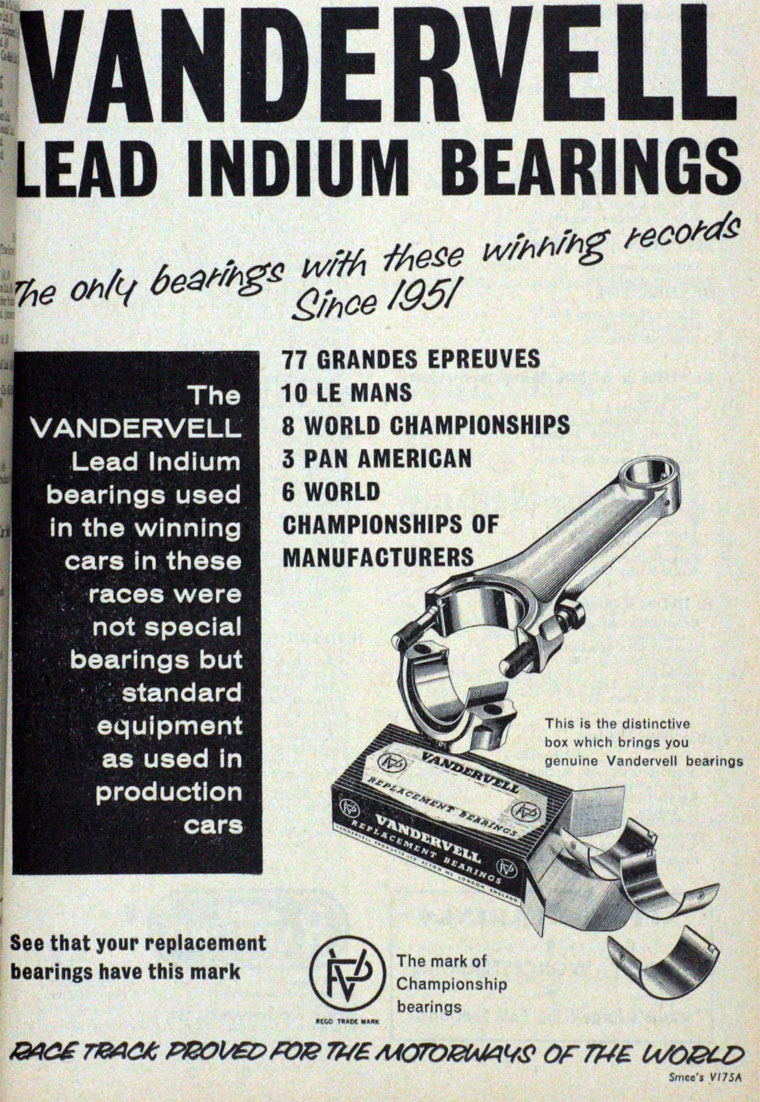 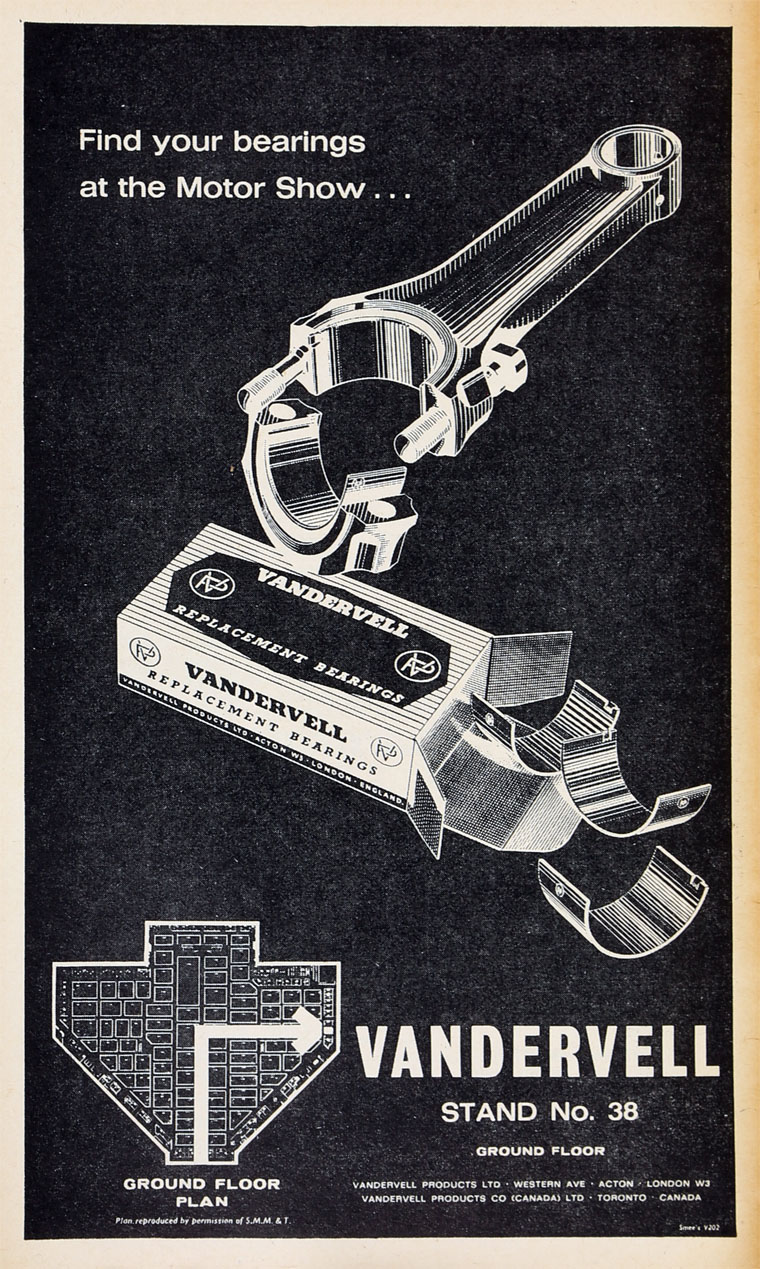 Maker of bearings and other engine components, of Park Royal, London

1961 Manufacturers of bushings and bearings for cars, aircraft and ships.

1967 Tony Vandervell died; he held a majority stake in the company which had to be sold to cover death duty[2]

1967 Vandervell Products was taken over by GKN[3]