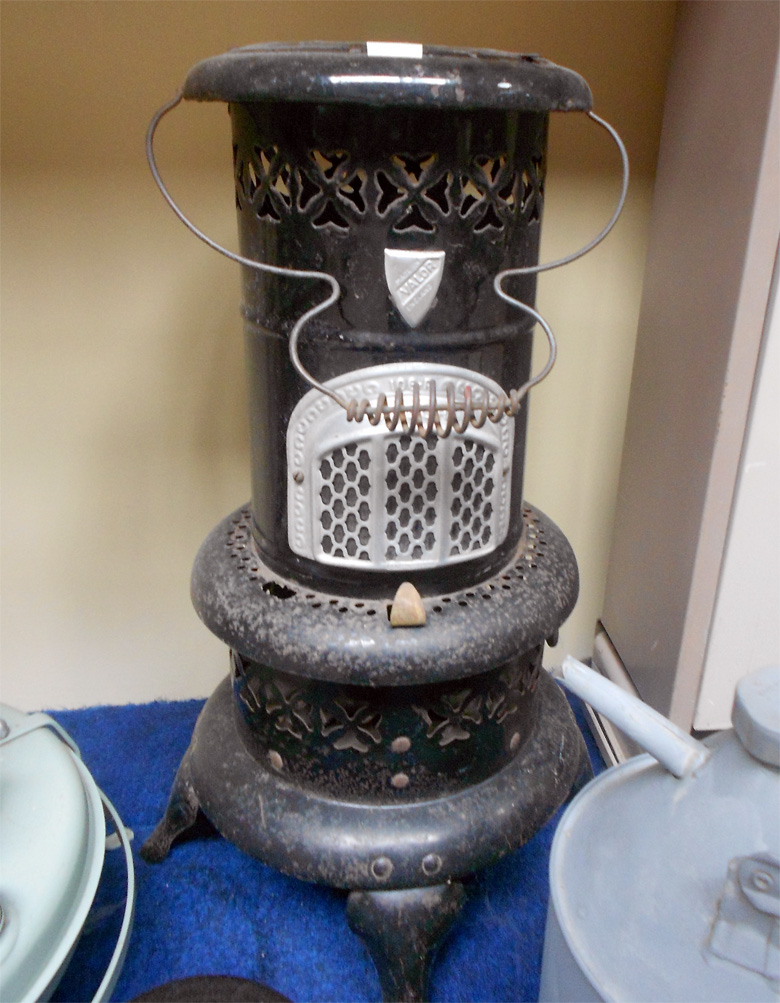 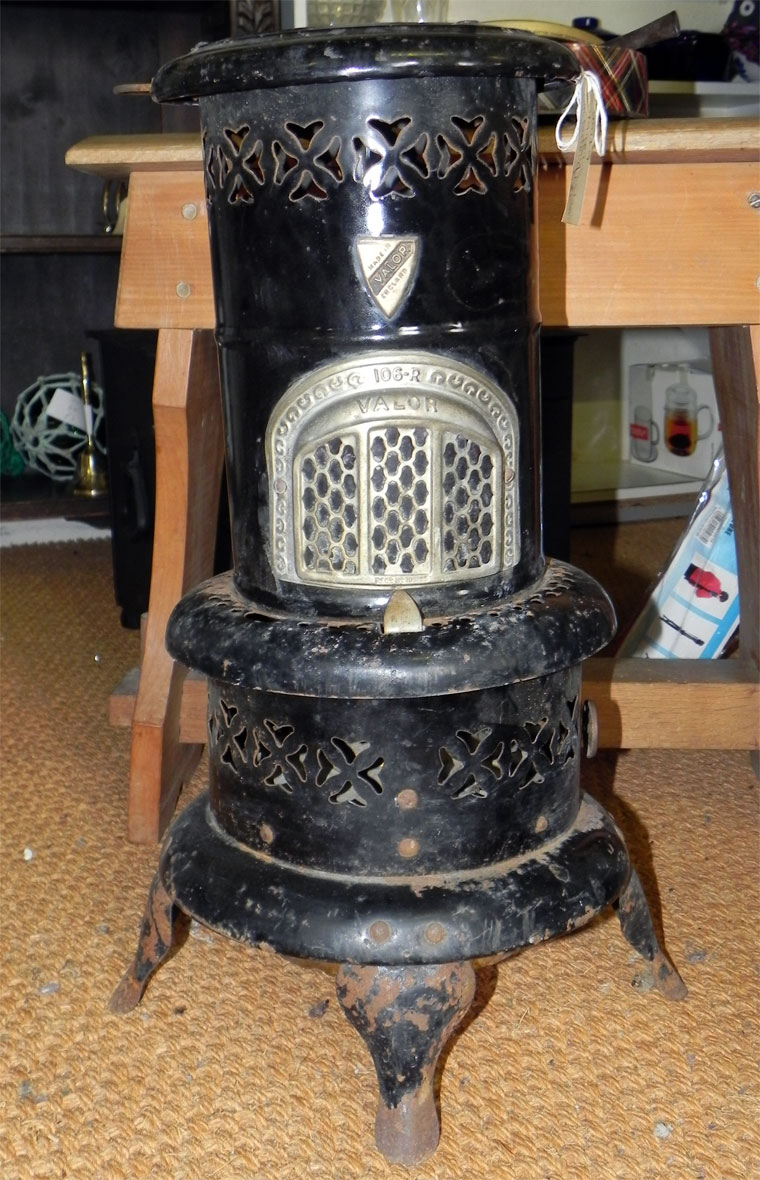 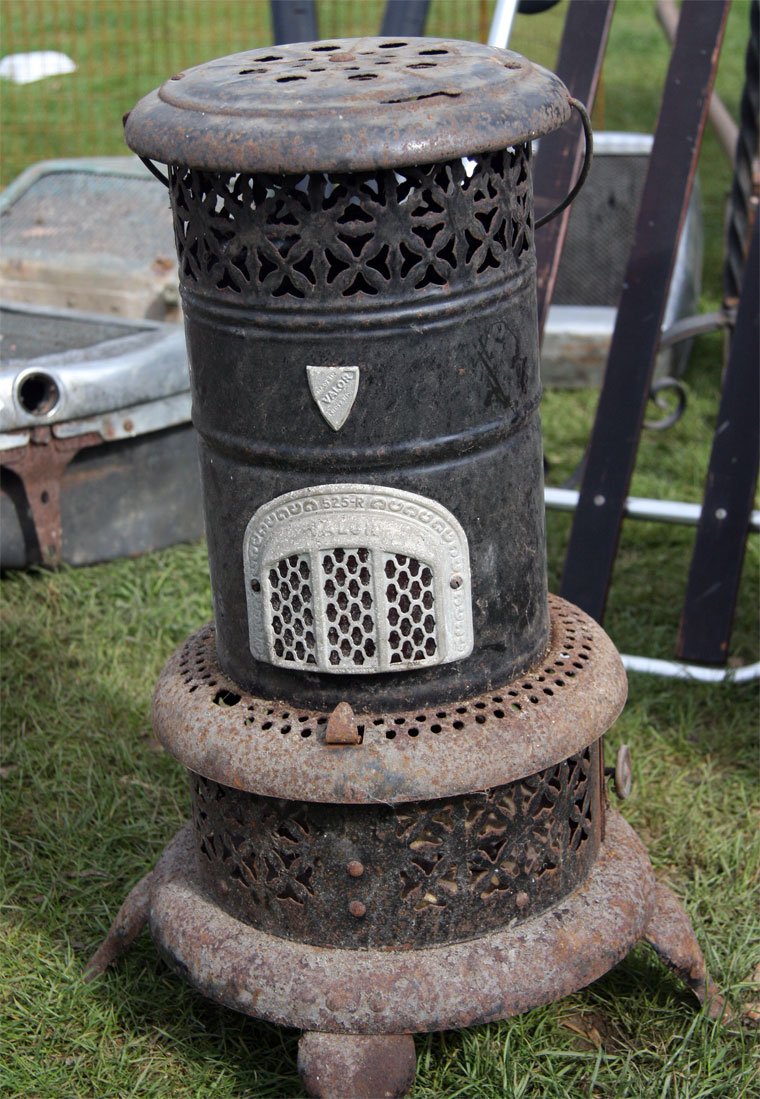 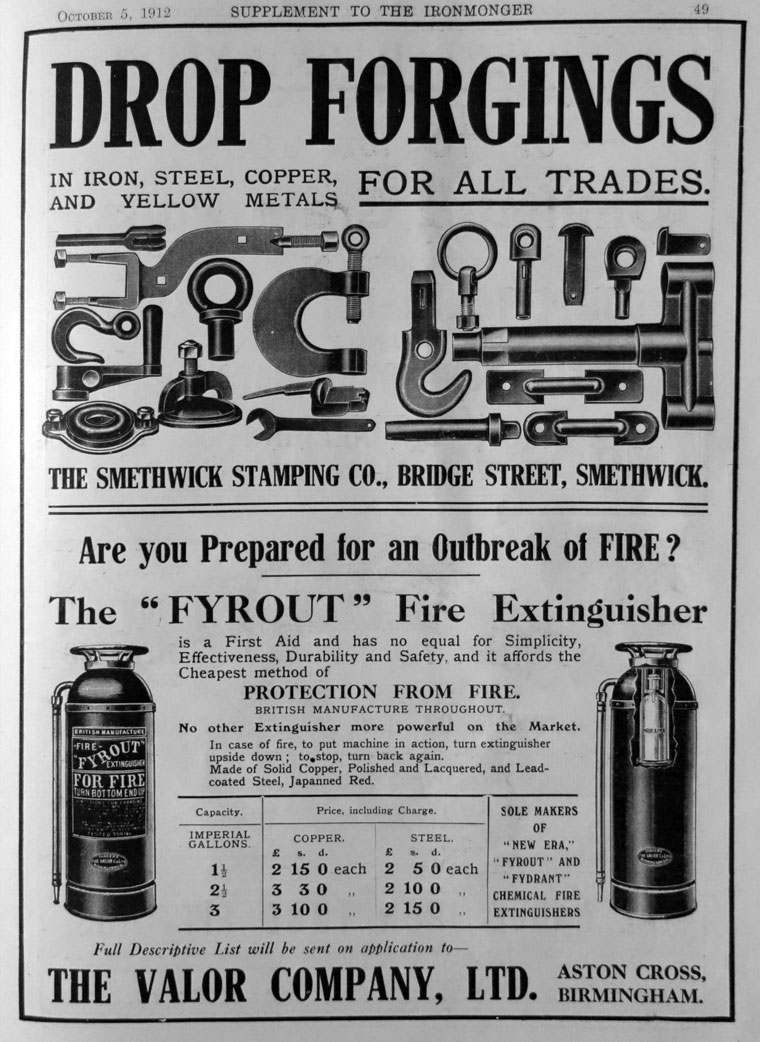 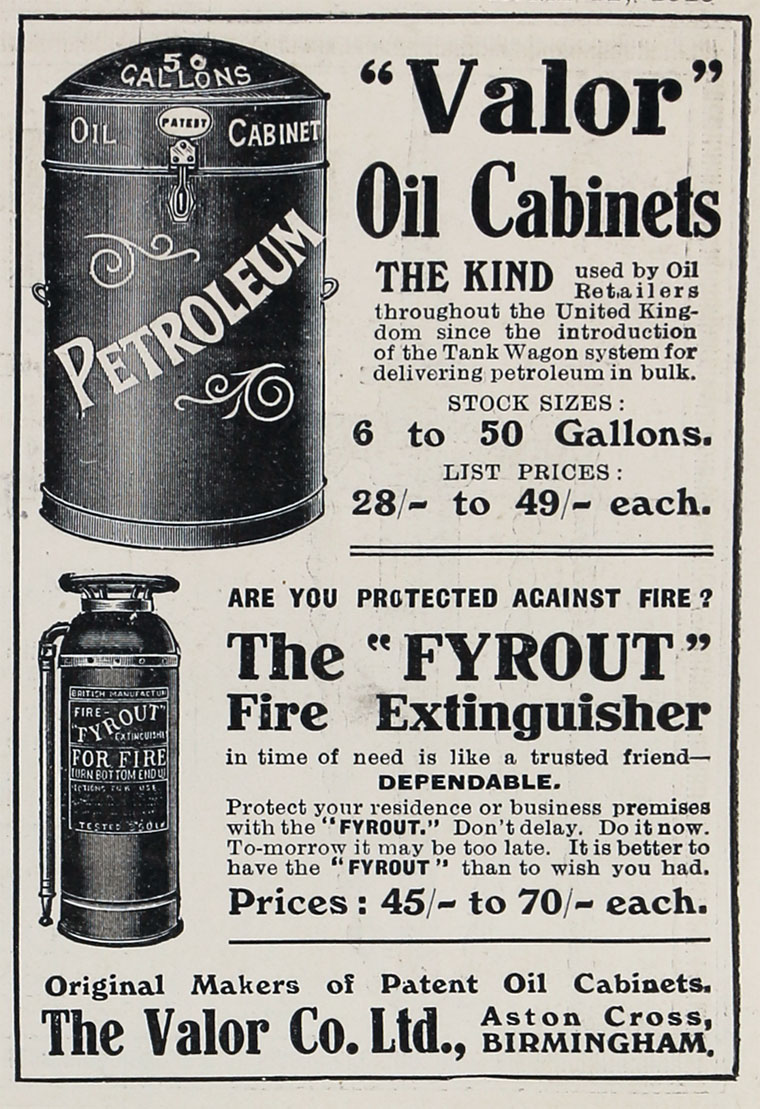 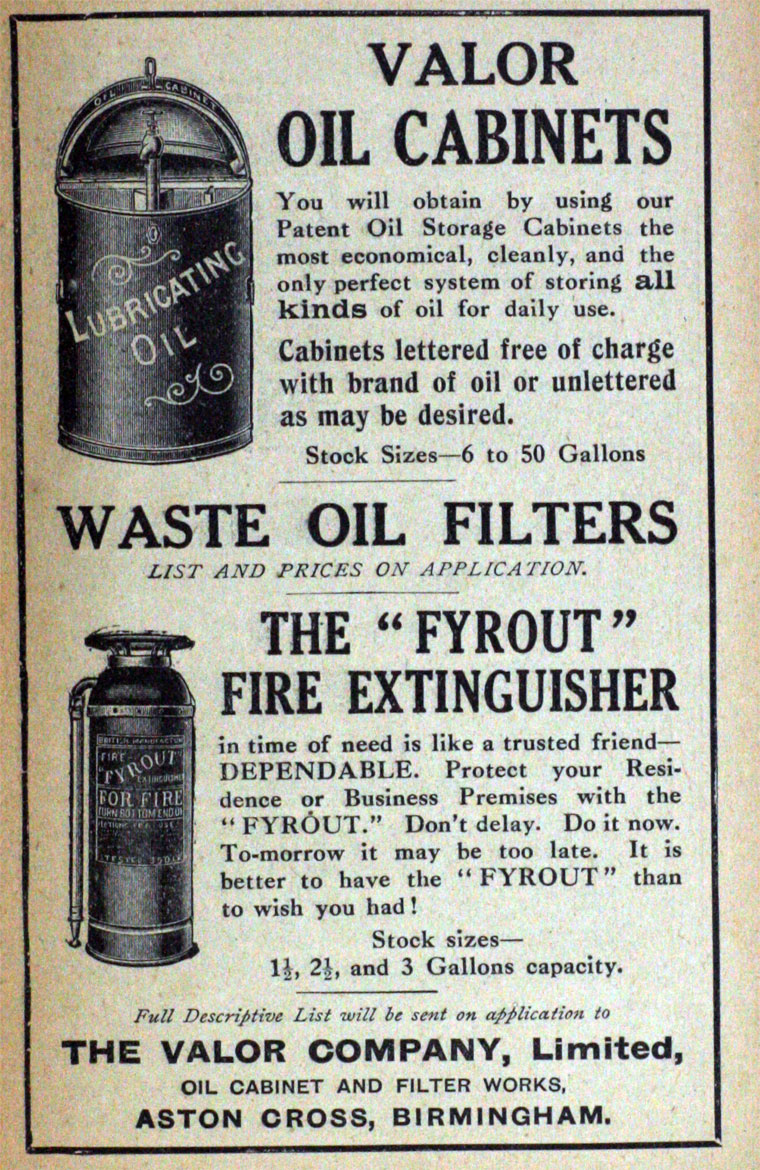 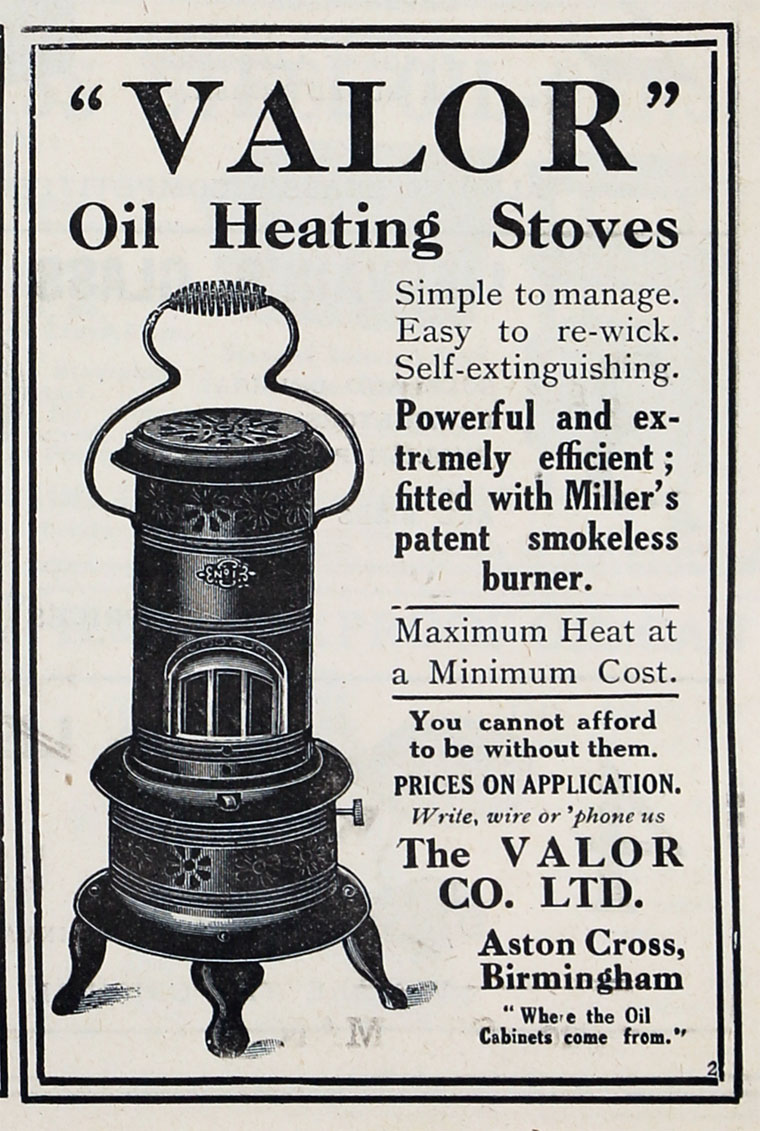 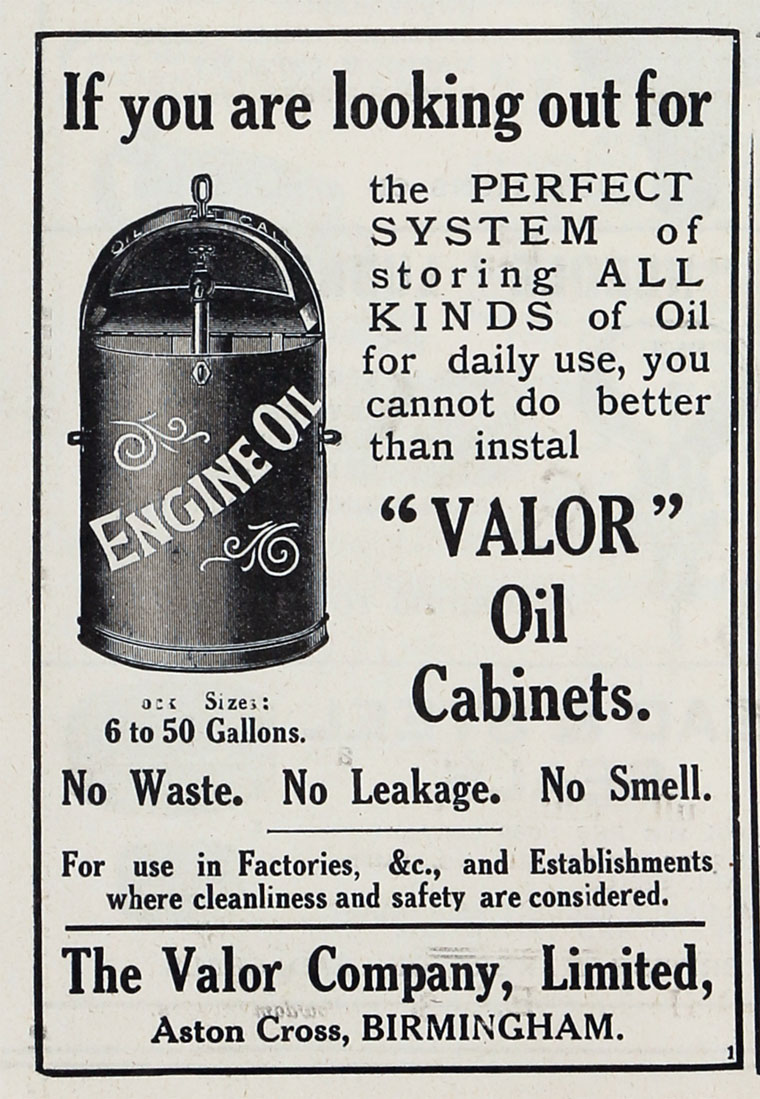 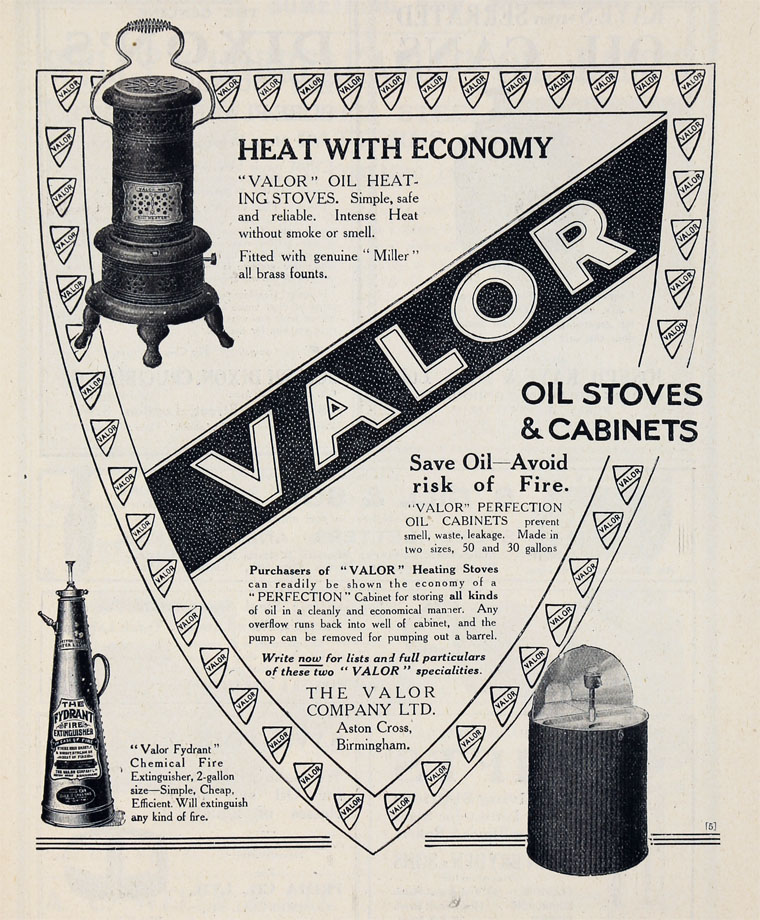 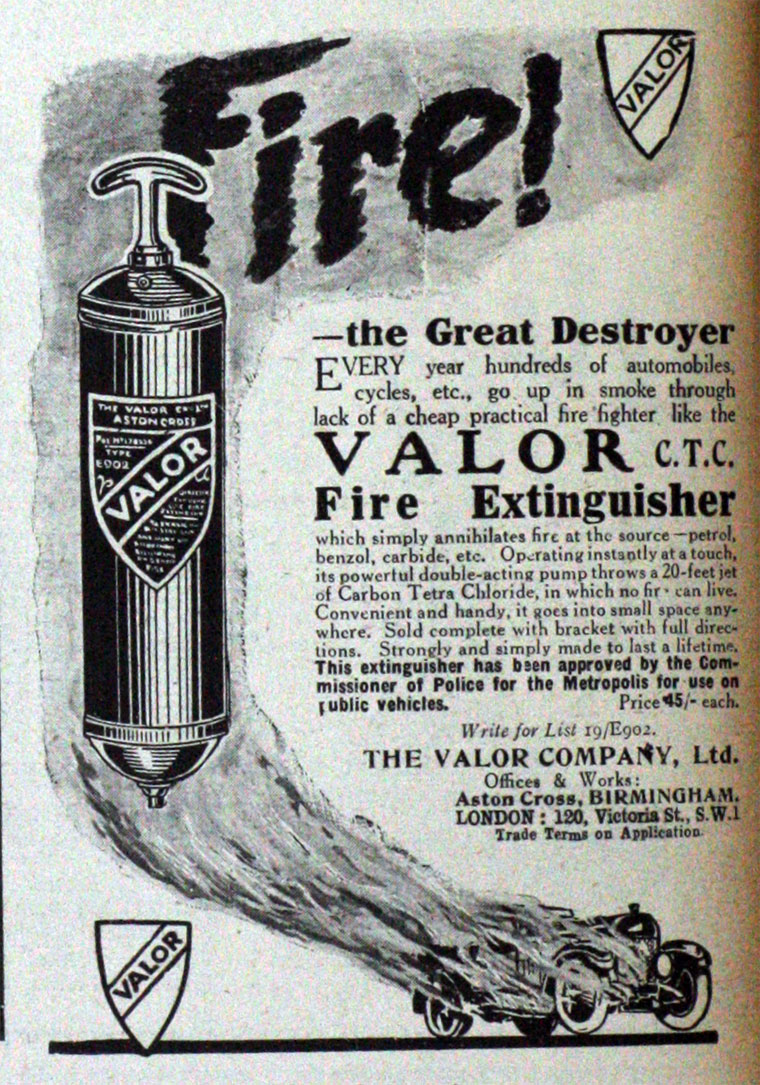 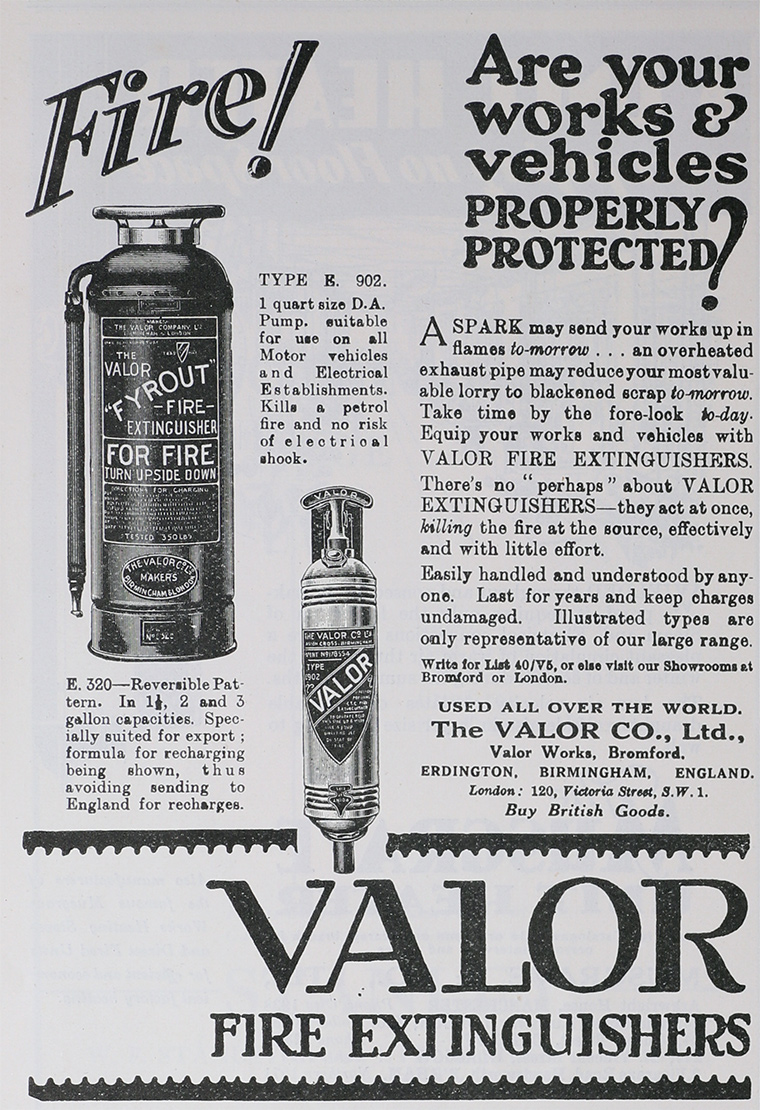 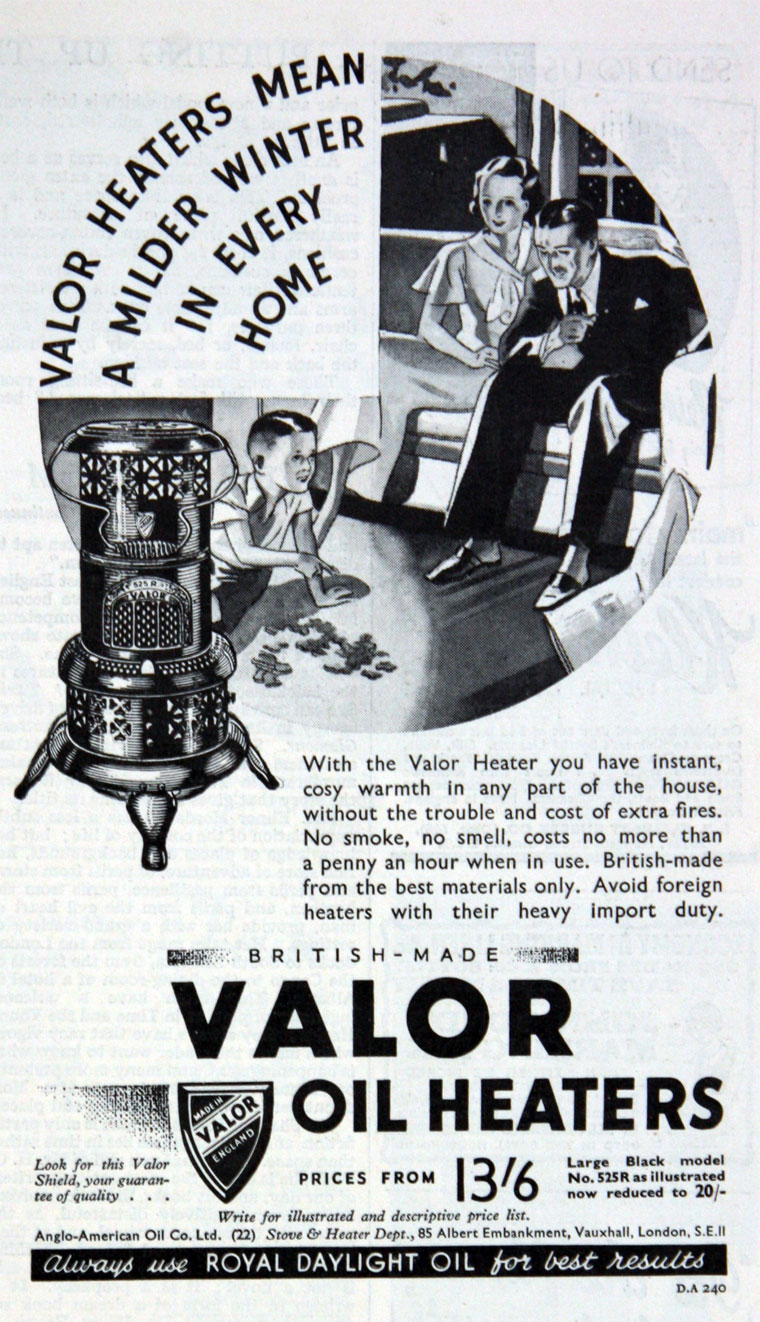 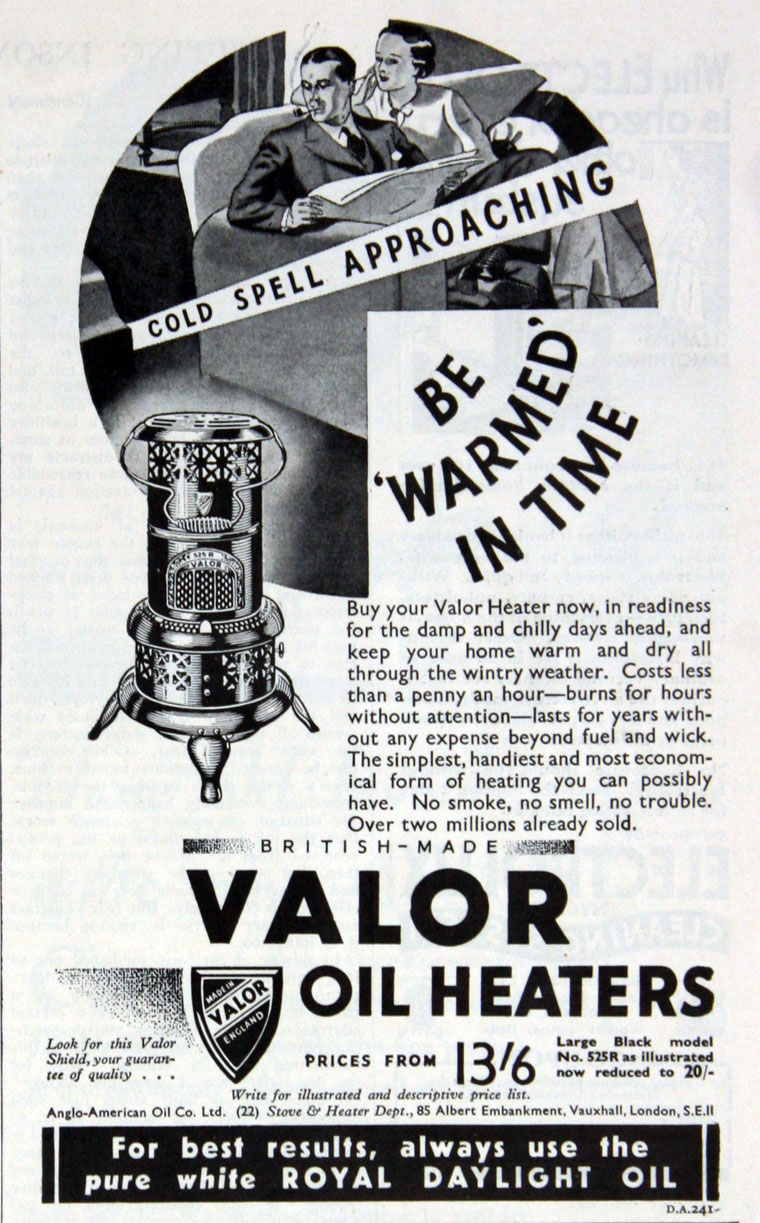 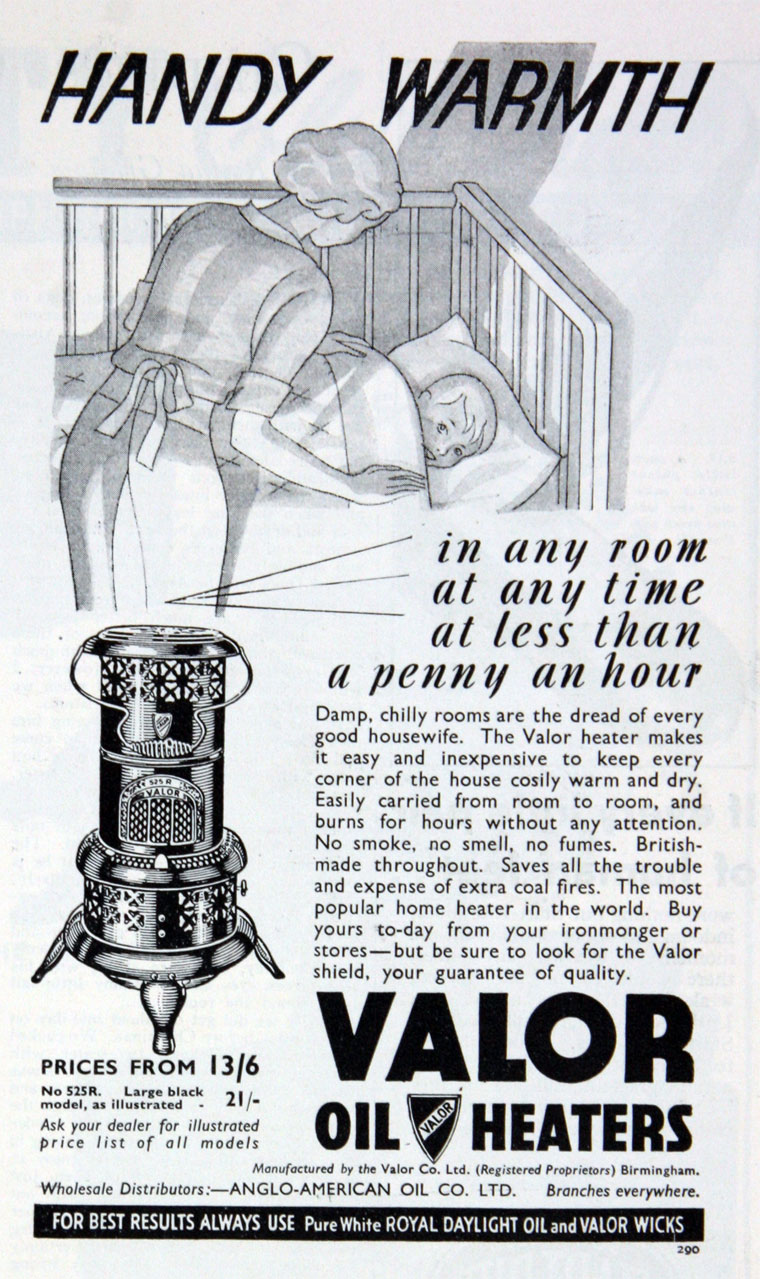 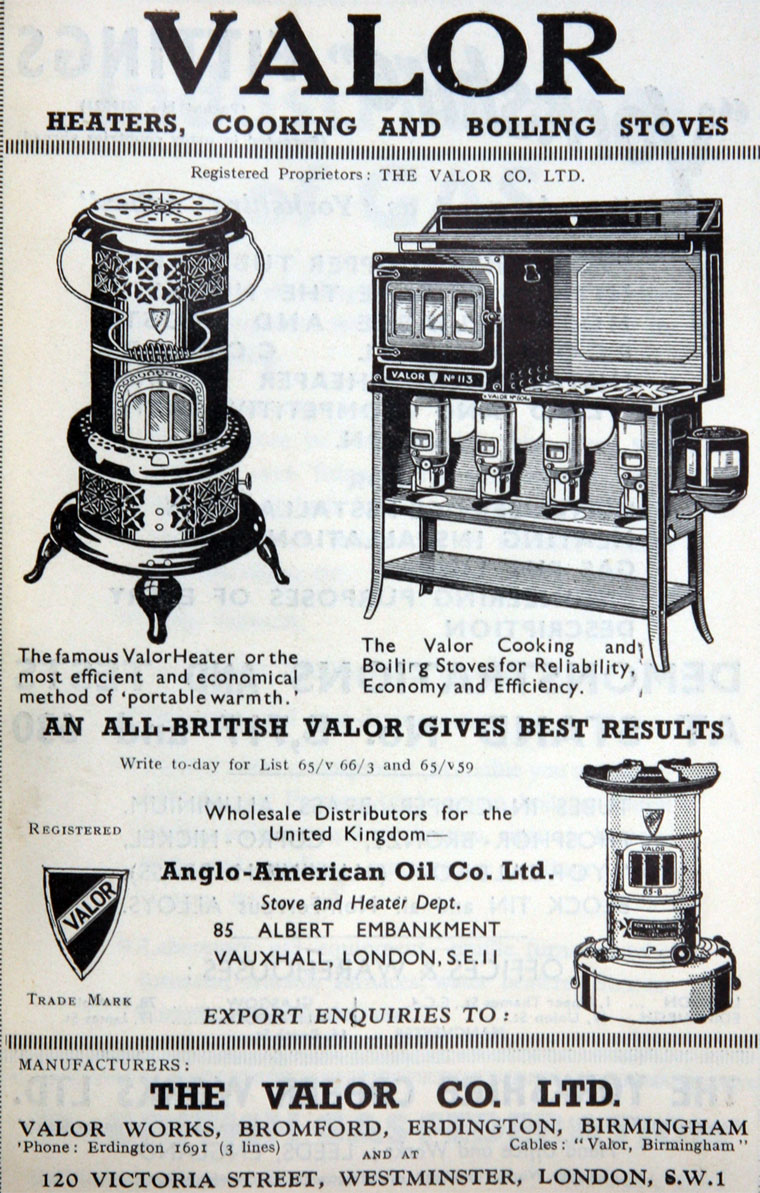 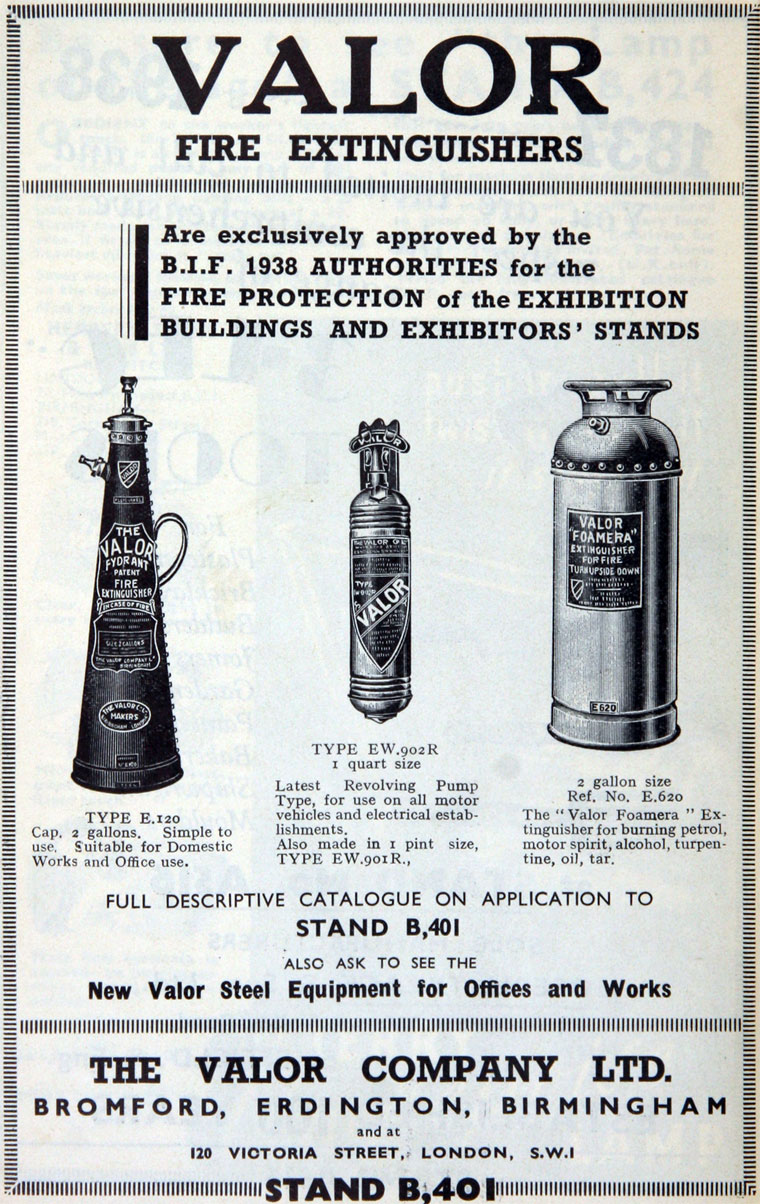 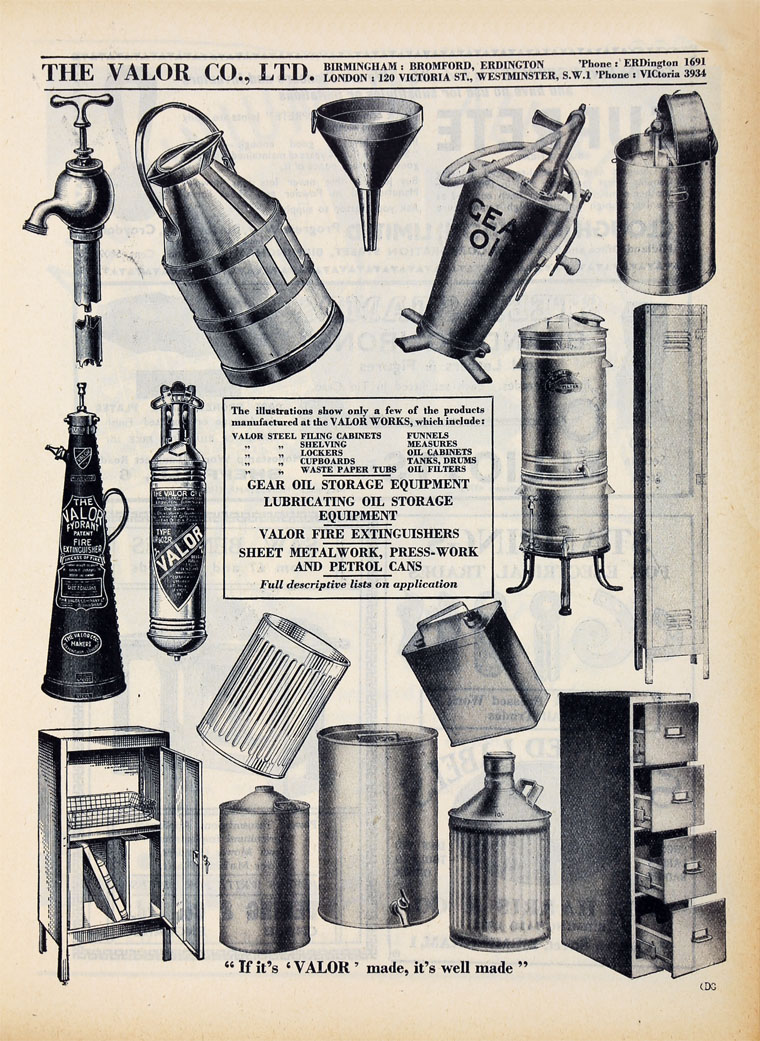 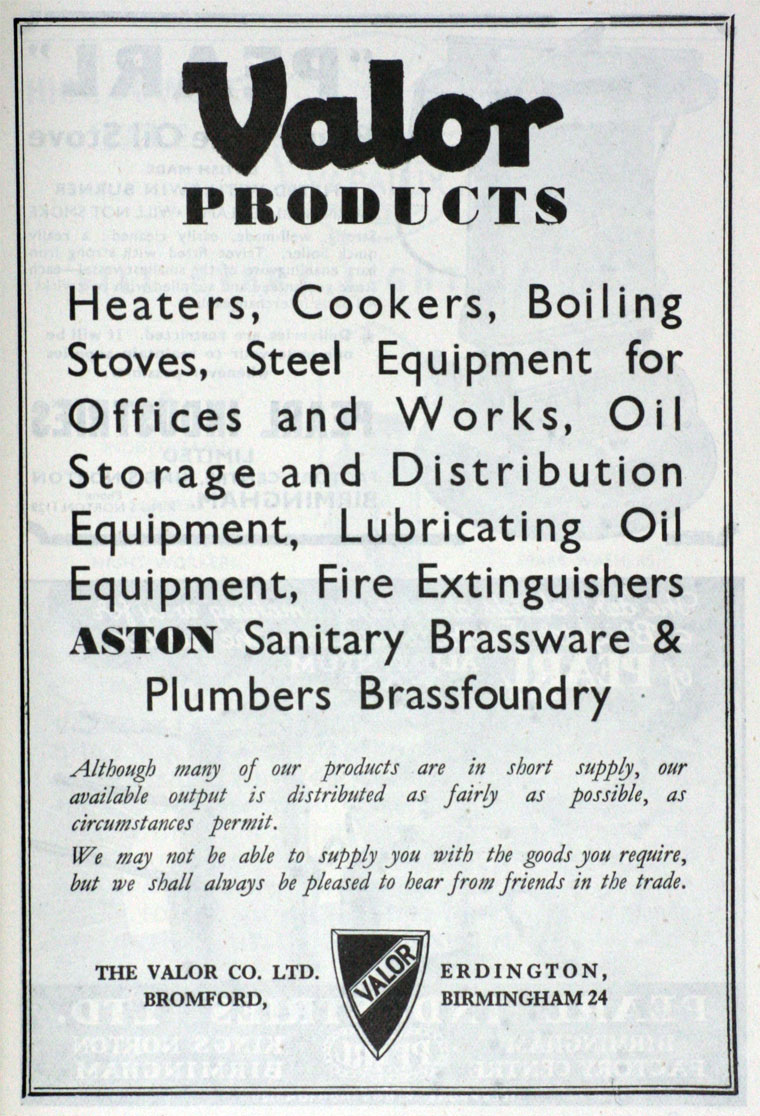 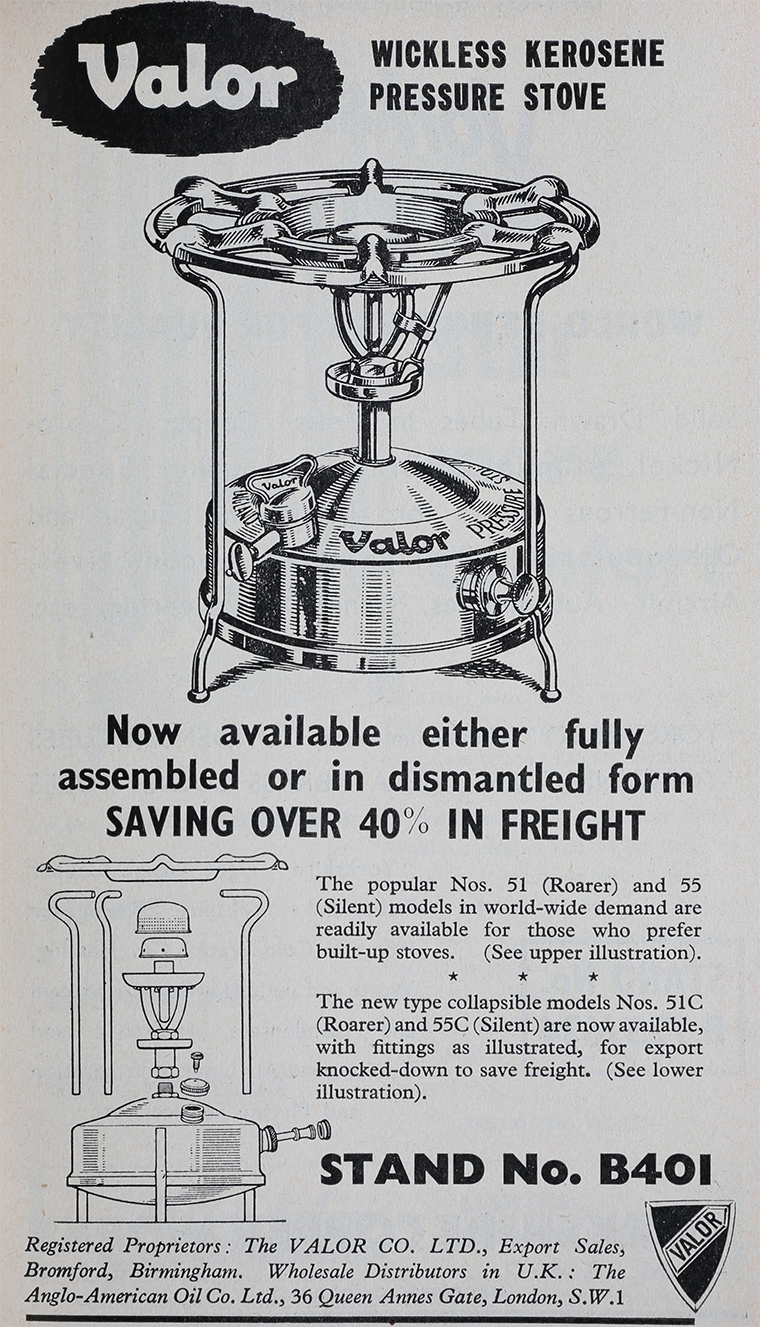 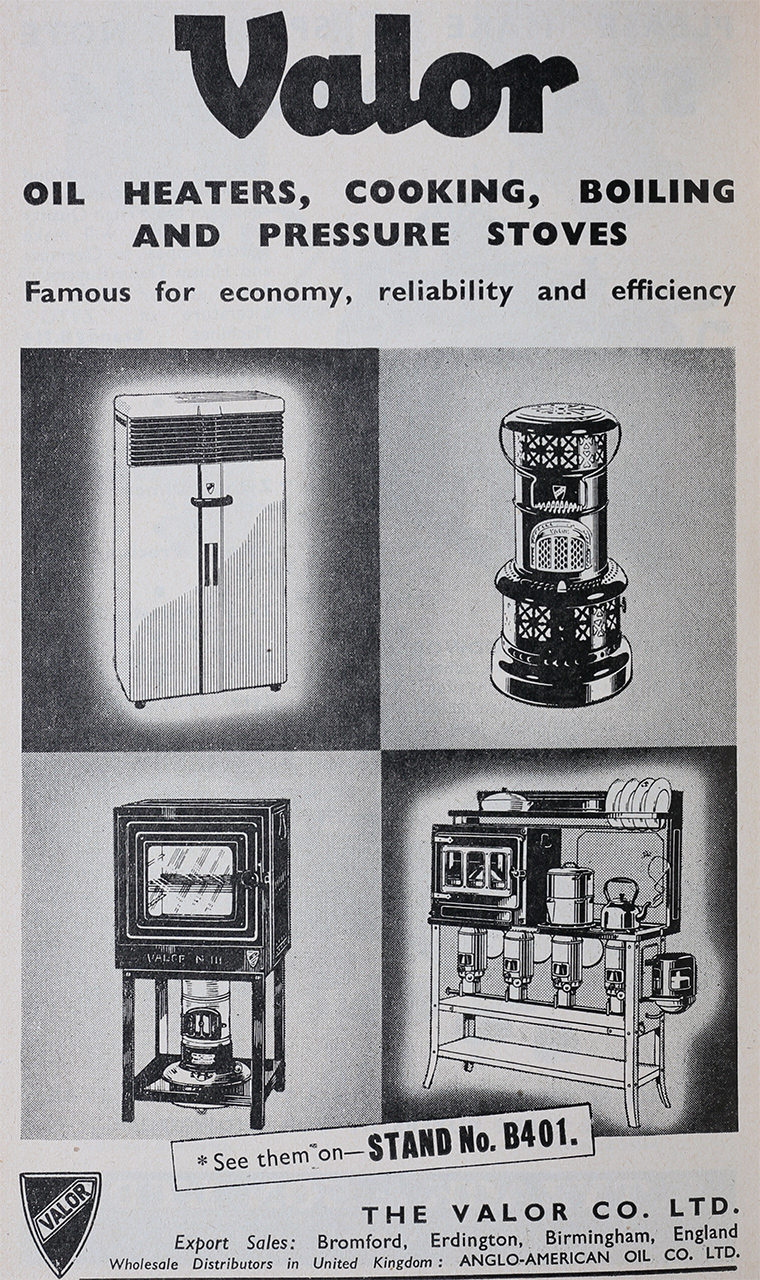 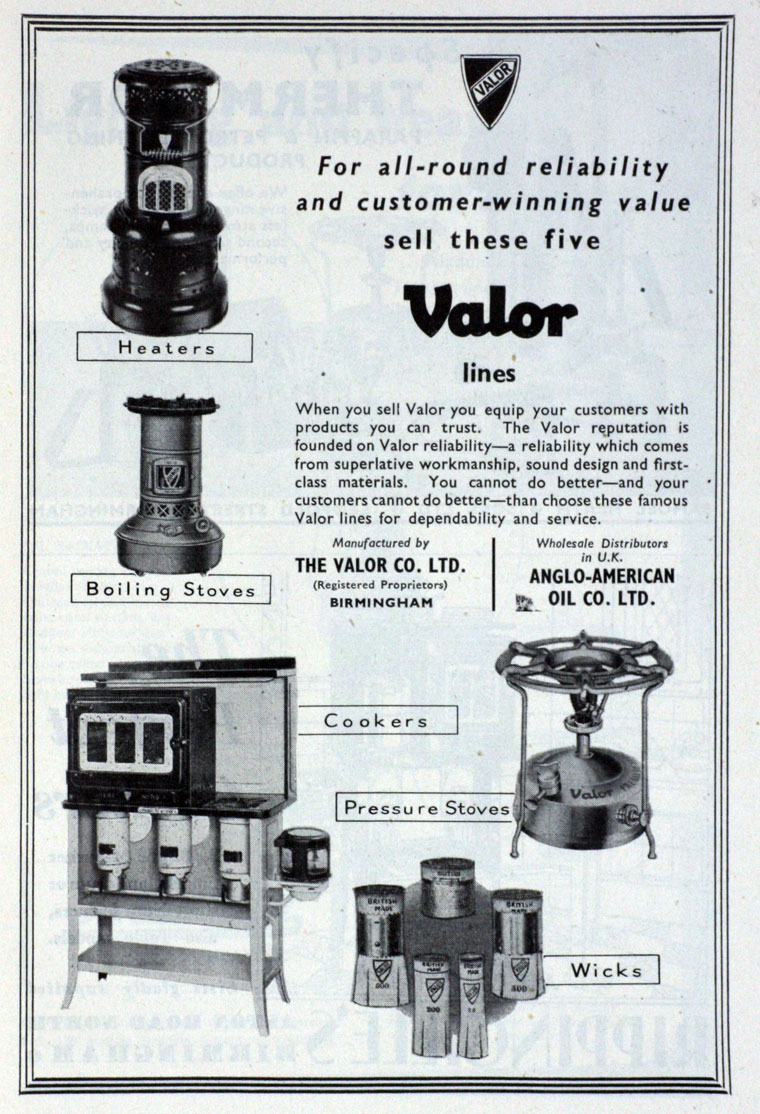 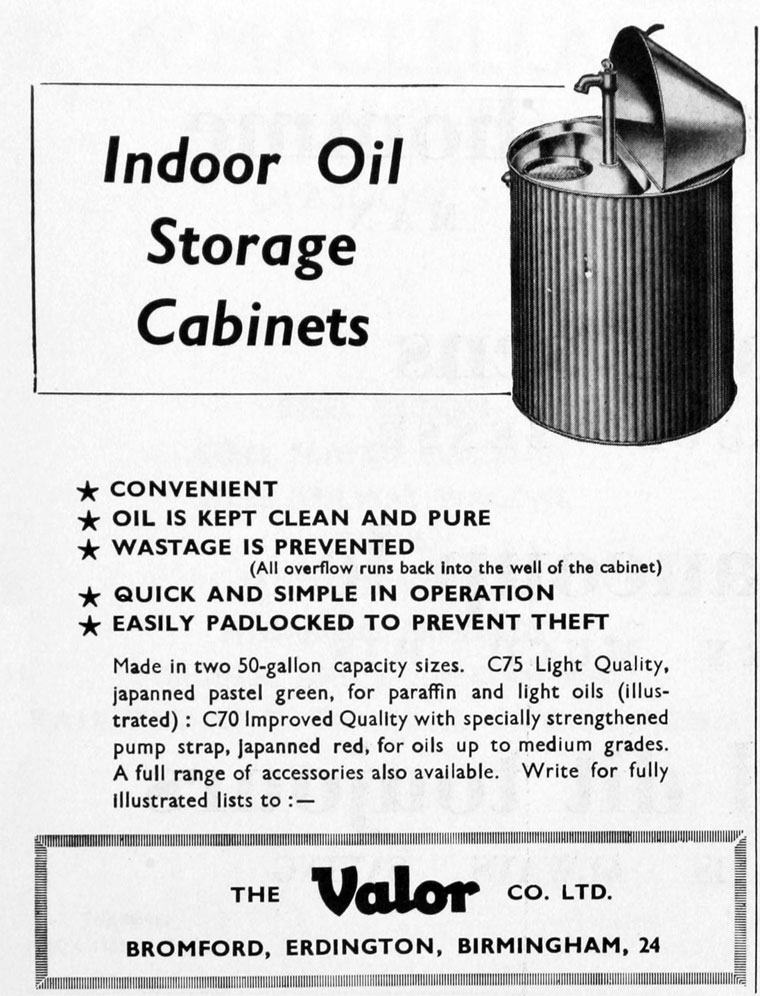 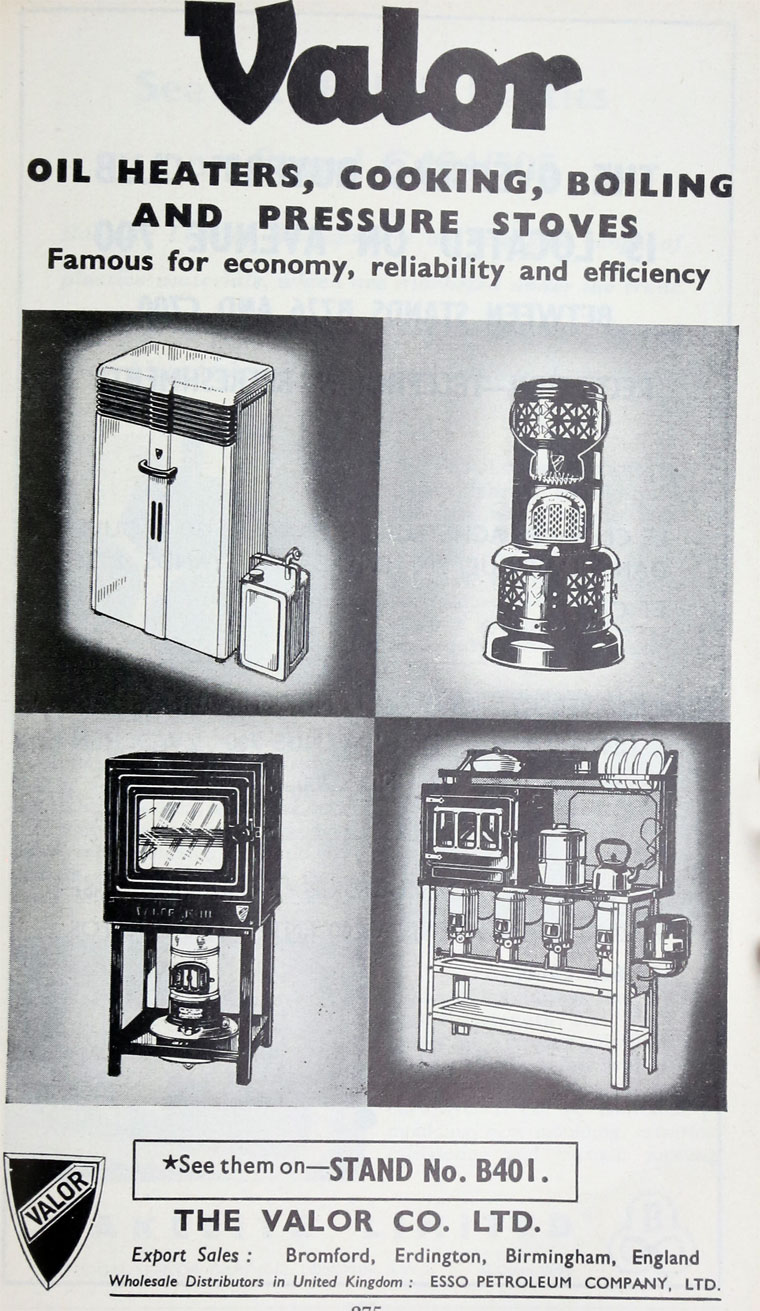 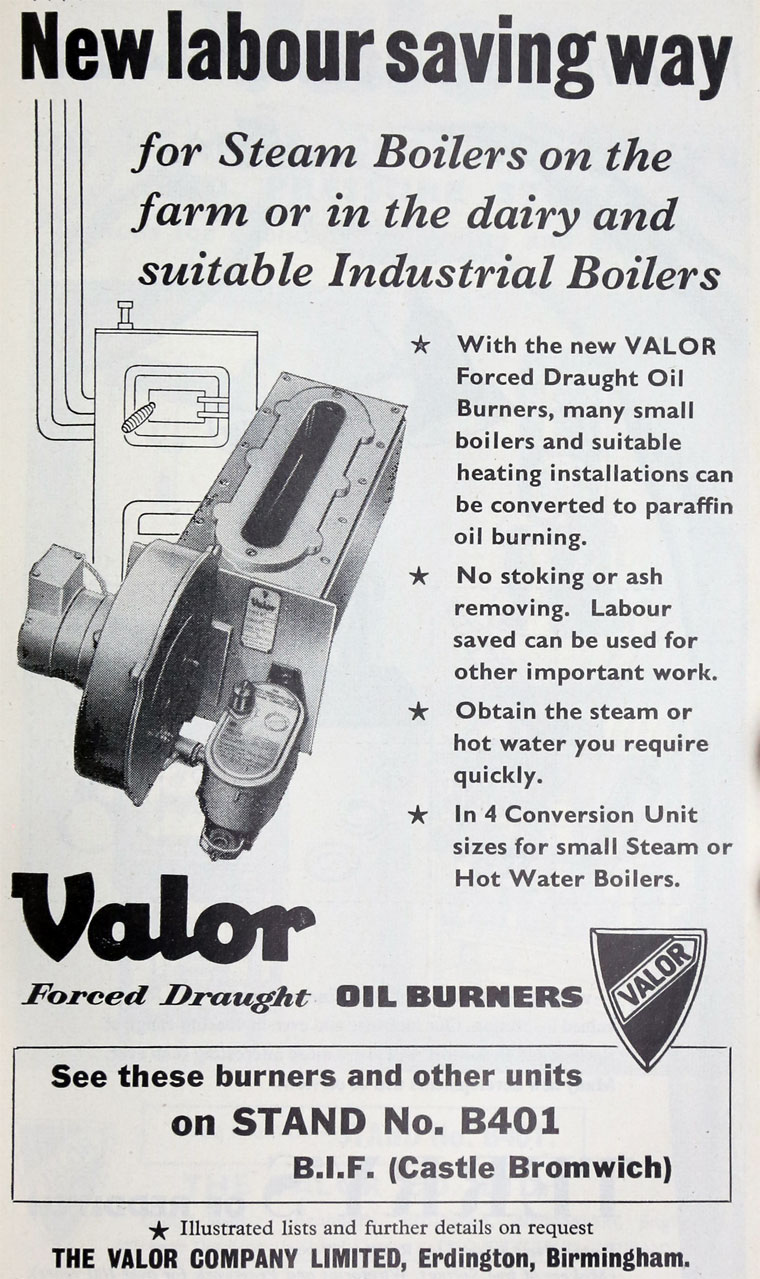 1902 The production of oil heaters began. Used to warm draughty Victorian homes, this marked the birth of the first Valor heaters. The business later expanded its product range to include paraffin heaters.

1927 Anglo-American Oil Co owned the company[5] which made Valor Perfection Oil Cookers and Heaters which had led to increased sales of Anglo-American's oil products.

1936 Public company: Rolav Co was formed to carry on the business of manufacture of oil heaters, etc, and to enter into agreements with Valor Co Ltd and others[6]

1936 Public company: The Valor Company Ltd was floated on the London Stock Exchange [7] when its American parent was obliged to dispose of it to comply with new anti-trust laws in the United States.

1938 Aston Brass Co continued to be a satisfactory part of the business; its products were appreciated by the heating and plumbing trades[10]

WWII. 1939, The War Effort: Valor played a part in the War, extending product ranges to include ammunition boxes and fuel cans.

By the early 1960s Valor was heavily dependent upon the manufacture and supply of paraffin heaters. A collapse of this market left the company in severe financial difficulty. To reduce its reliance on its traditional base, it made a number of acquisitions.[11]

1962 Acquired Gatehill-Beco, maker of electrical equipment and garden furniture as part of a diversification policy[13]

Having reviewed the future prospects for paraffin heating in the light of the increasing use of North Sea gas, Valor entered the market for gas-fired space heaters.

1968 The lawn mower business was closed; the stocks were sold to Qualcast[17]

1972 Built a new factory to produce gas cookers, a new business for Valor[18]

1987 As part of this strategy it acquired the locks and security business Yale and Nutone of the United States, from First City Diversified[20]; Yale specialised in locks and door closures, Nutone in installed electrical products for the home. This trebled the size of the business in terms of turnover and profits. Name changed to Yale and Valor.[21]

Yale and Valor's gas-fired space heater business was based in Birmingham, operated under the Valor brand name. Its products included the Homeflame gas fire, the Venetian open basket fire which provided live flames and a controllable heat output, and the Nevada wall-hung units.

1991 Yale and Valor was acquired by Williams Holdings.[24]

1996 Management buyout of a group of 15 building products companies from Williams including Valor to form Newmond; Williams retained an interest in the business[25]