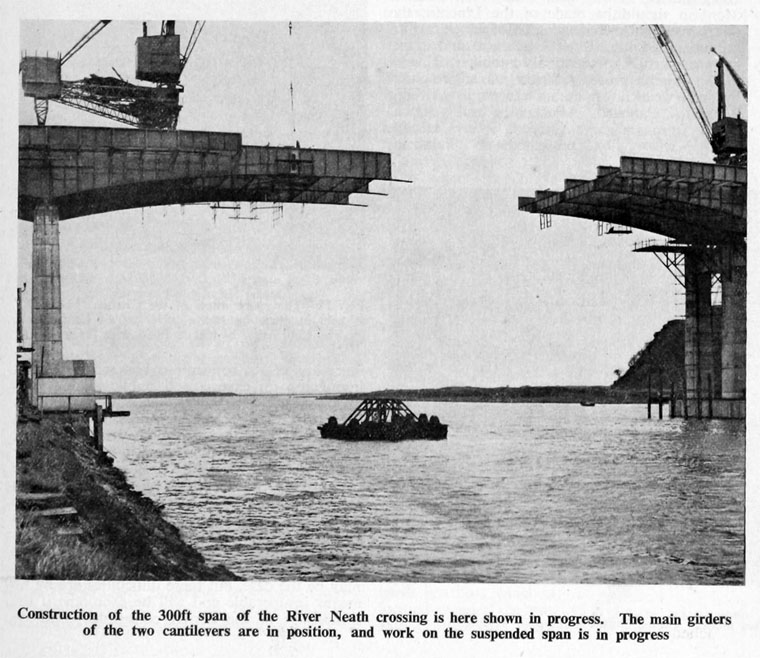 The Vale of Neath Railway was a broad gauge railway line from Neath to Merthyr Tydfil, Glamorgan and also operated the Swansea and Neath Railway which gave it access to the docks at Swansea. It was opened on 24 September 1851 and amalgamated with the Great Western Railway on 1 February 1865.

1846 Vale of Neath Railway authorised by Act of Parliament

1851 Opened from Neath to Aberdare

1862 Acquired the railways of the Swansea Harbour Trustees

The railway was authorised by Act of Parliament on 3 August 1846. The first section to be opened was the main line from Neath to Gelli Tarw Junction, and the branch from there to Aberdare, on 24 September 1851. The line from Gelli Tarw to Merthyr Tydfil was opened on 2 November 1853.

In 1854 to 1857 further branches were opened from Gelli Tarw into the Dare and Amman valleys. These were only used for goods traffic, but included the Dare Viaduct, one of Isambard Kingdom Brunel's famous timber viaducts.

The Vale of Neath Railway leased the new Aberdare Valley Railway, which opened in 1857 from Aberdare to Middle Duffryn colliery.

The Vale of Neath had also been working its own coal trains over the South Wales Railway since 1861, and had taken over responsibility for working the railways of the Swansea Harbour Trustees too.

Almost the whole of the Vale of Neath system had a third rail added to its tracks in 1863. This mixed gauge allowed the Great Western Railway to run standard gauge trains from Hereford through to Swansea over a connection at Middle Duffryn.

The broad gauge rail was removed after the South Wales Railway was converted to standard gauge on 11 May 1872, although by this time the Vale of Neath Railway had been amalgamated with the Great Western Railway, this happening on 1 February 1865.