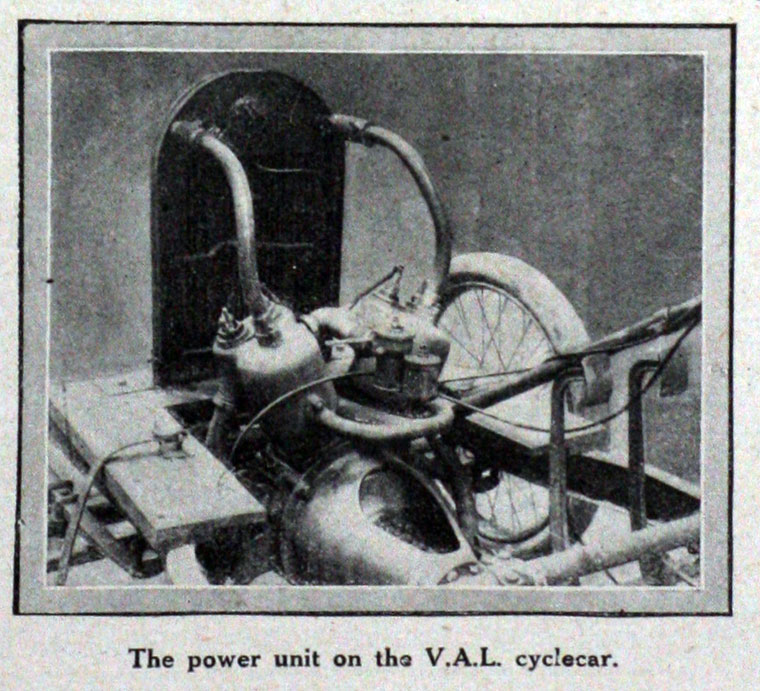 1913-1914 Produced a cyclecar powered by an 8.9hp water-cooled V-twin Precision engine, with friction transmission and final drive by chain.

This small firm offered a 488cc 3.5hp single-cylinder model with fixed-belt drive. Their main business was sidecar production, but this solo probably used a stock JAP engine of dated specification. It did not survive for long.