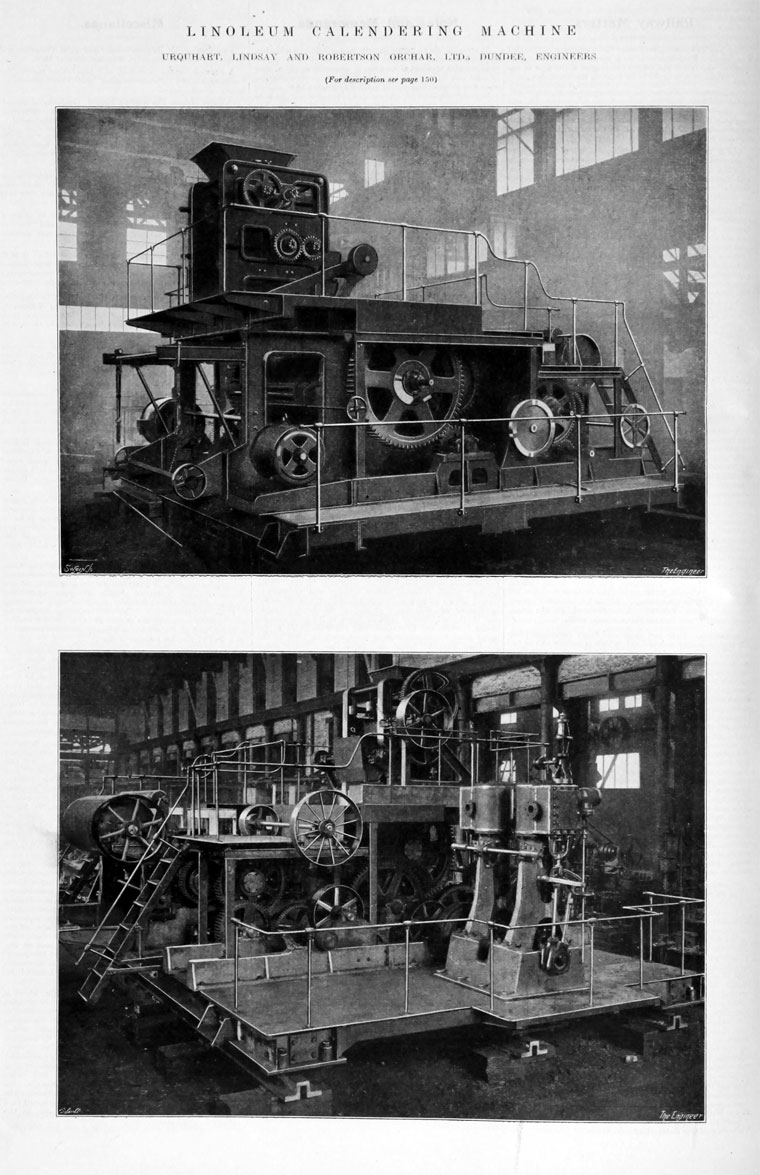 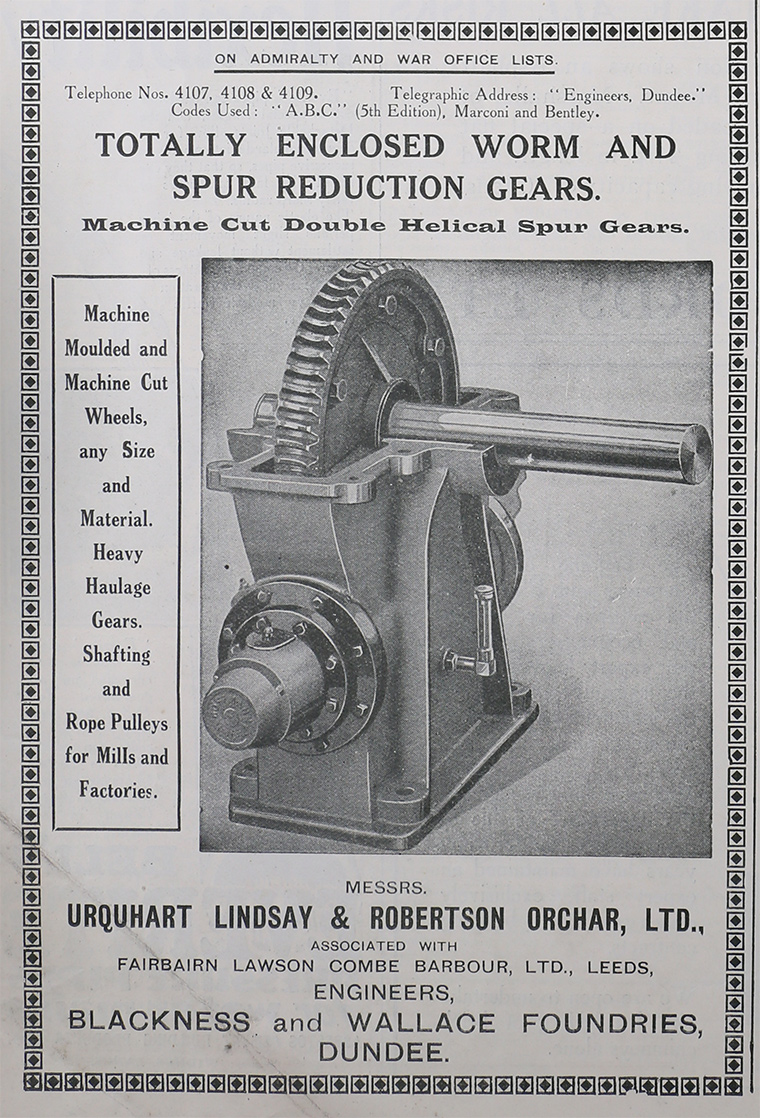 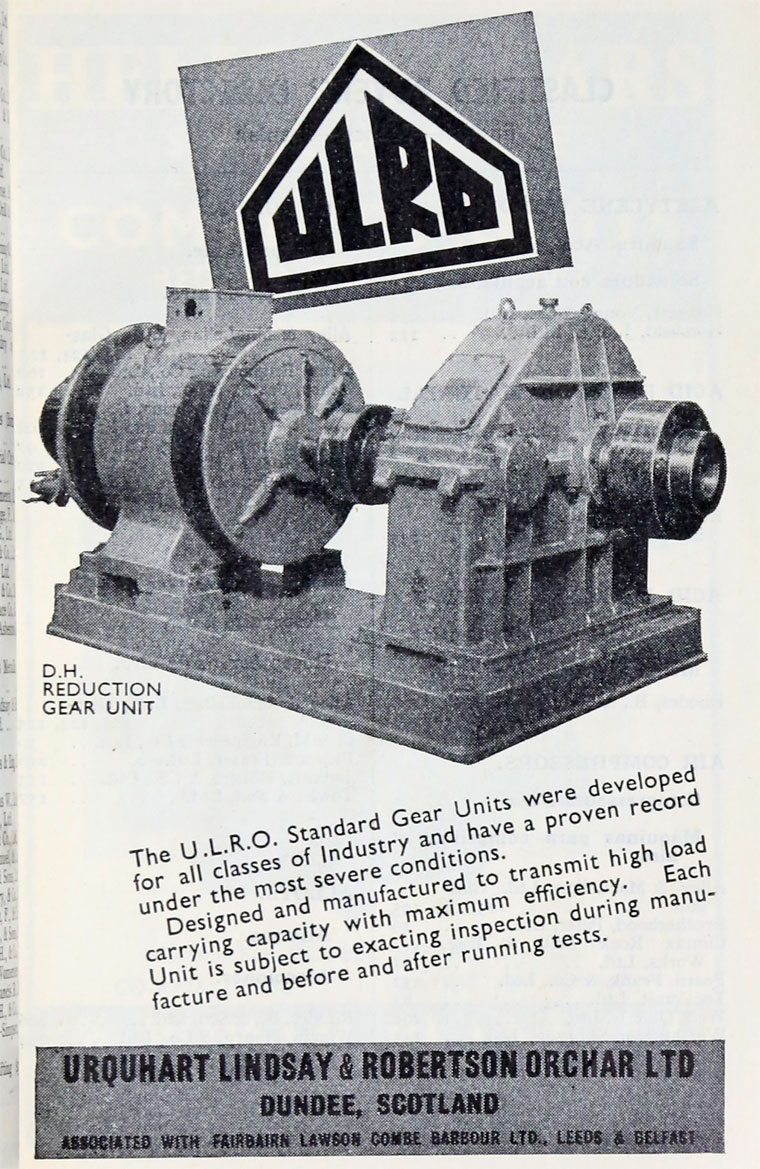 1857 William Robertson and James Guthrie Orchar, of Robertson and Orchar, Dundee, and John Menzies, of Ordie Mill, of Perth, Shuttle Maker, patented an invention of " improvements in machinery or apparatus for winding yarns or thread."[1]; maker of Machinery for Winding Yarns[2]

1936 Largest makers in the world for machinery for the textile industry with Fairbairn, Lawson, Combe, Barbour.[3]