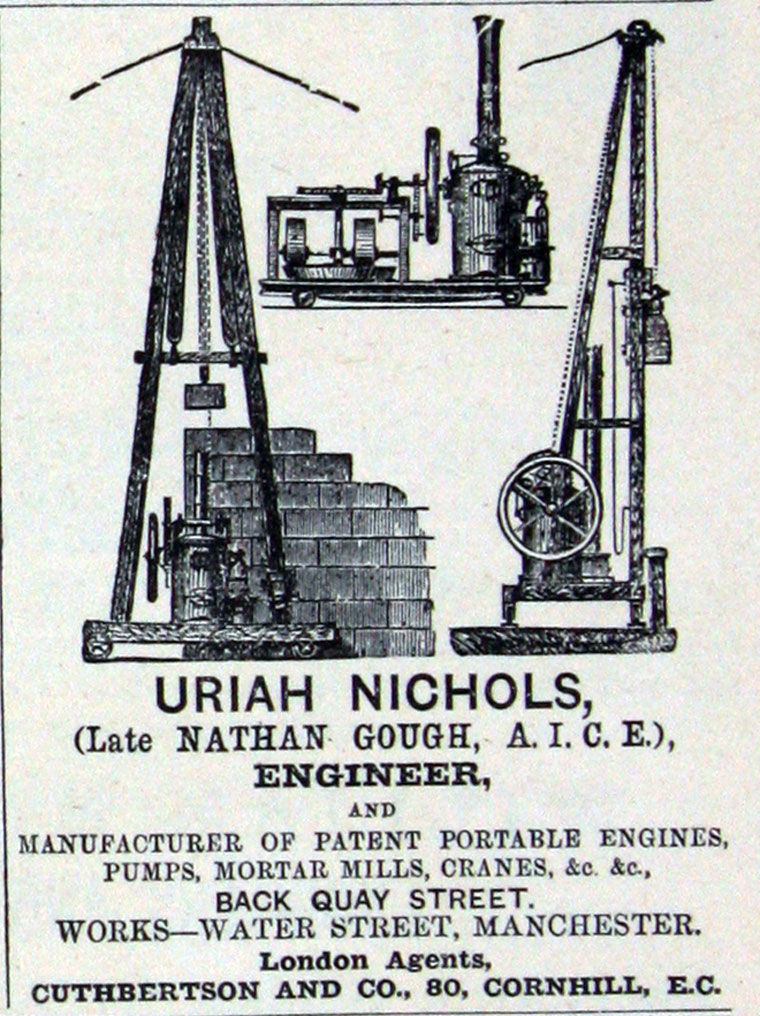 1848 Map pinpoints the site at that time as a 'Portable Steam Engine Manufactory' located halfway along the south side of Back Quay Street.[1]. The site would later be obliterated by the construction of New Quay Street.

By 1880 the address was Perseverance Ironworks, Duncan Street, Oldfield Road, Salford. This information appears on the 1880 advert (see opposite), although the address is given as Manchester. The 1880 advert shows them as makers of boilers, vertical and horizontal engines, mortar mills, pile drivers, pumps, earth boring machines, brick-making machines, hand and steam cranes, traction engines The 1894 Ordnance Survey Map shows a small iron foundry on the north side of Duncan Street, Salford, adjacent to Ordsall Lane Engine Shed.

1891 the premises were taken over by W. H. Bailey and Co for the production of Bailey-Friedrich steam motors, which comprised engine, boiler, condenser, etc as one unit on a bedplate.[2]