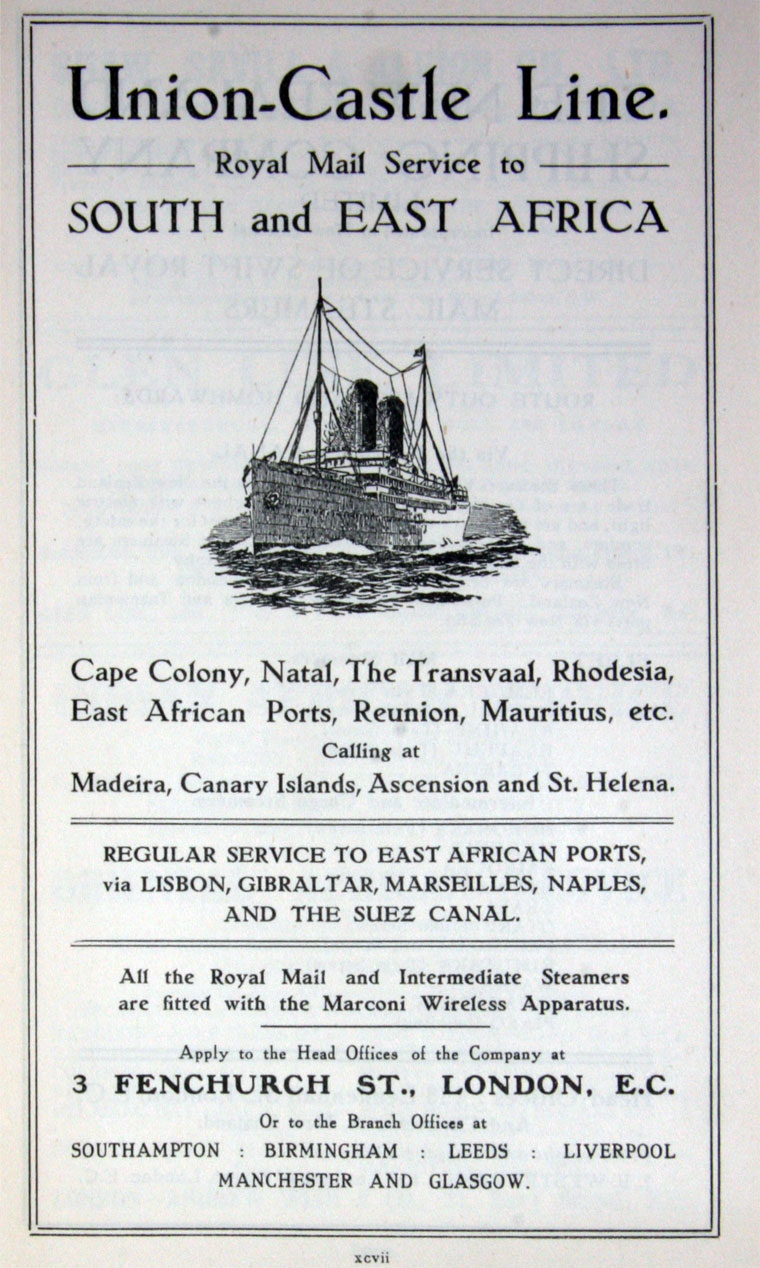 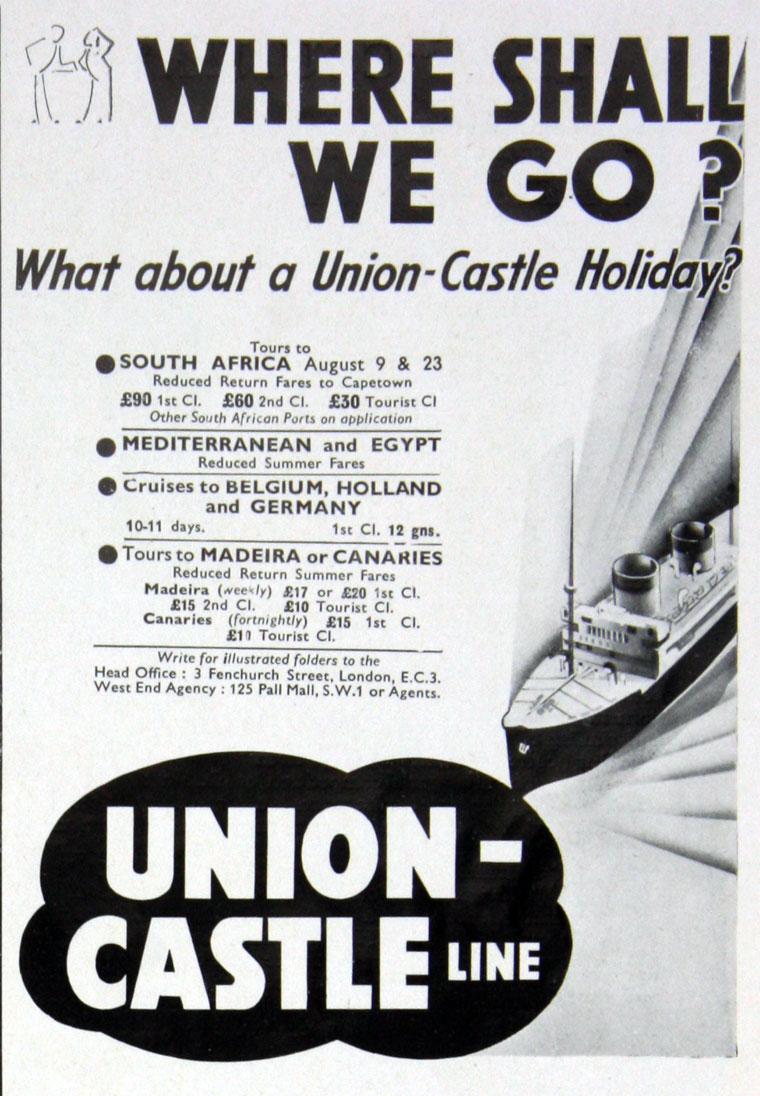 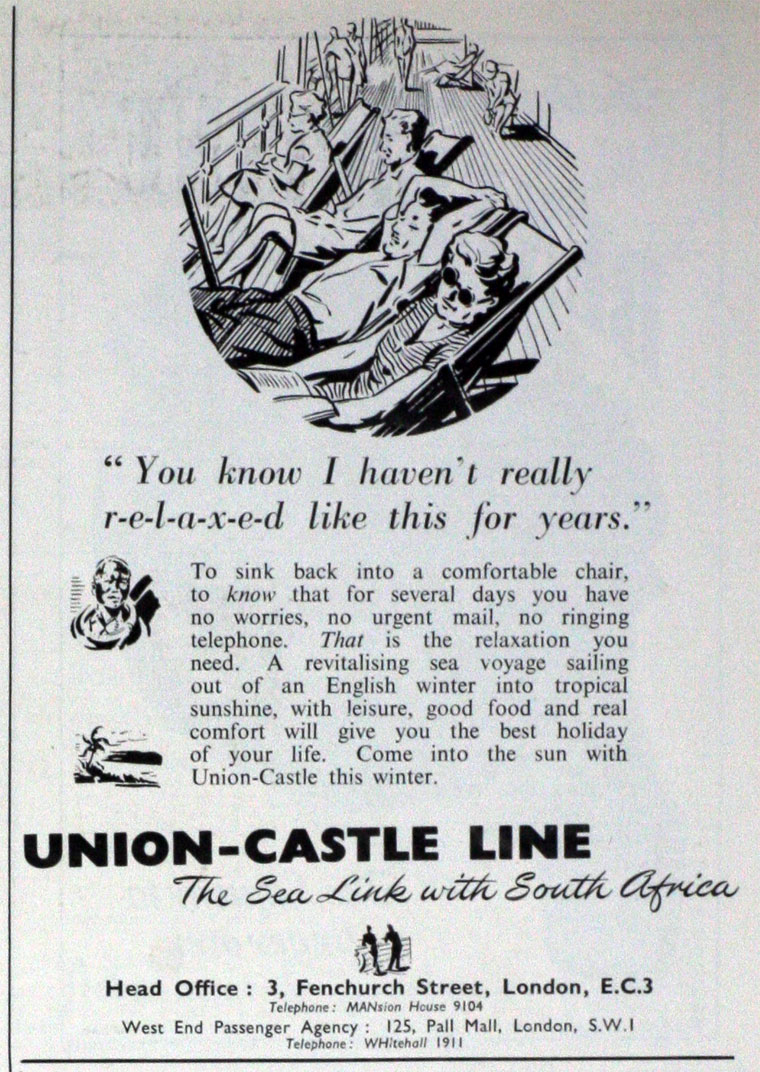 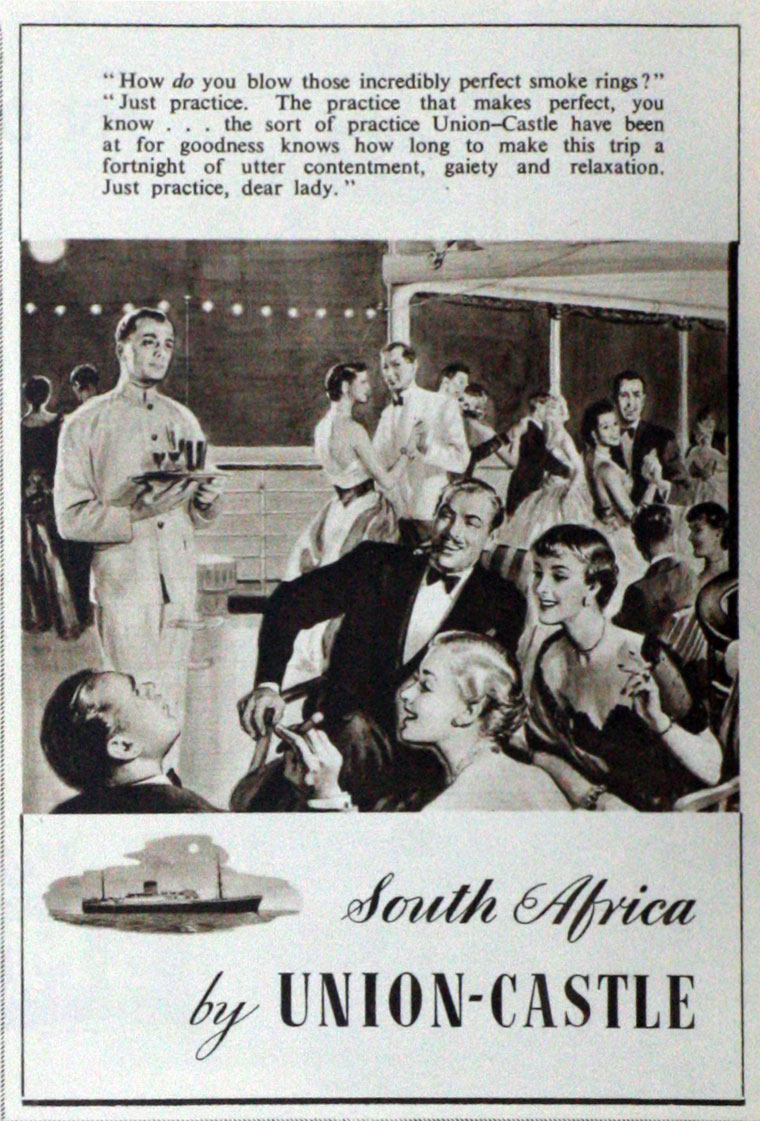 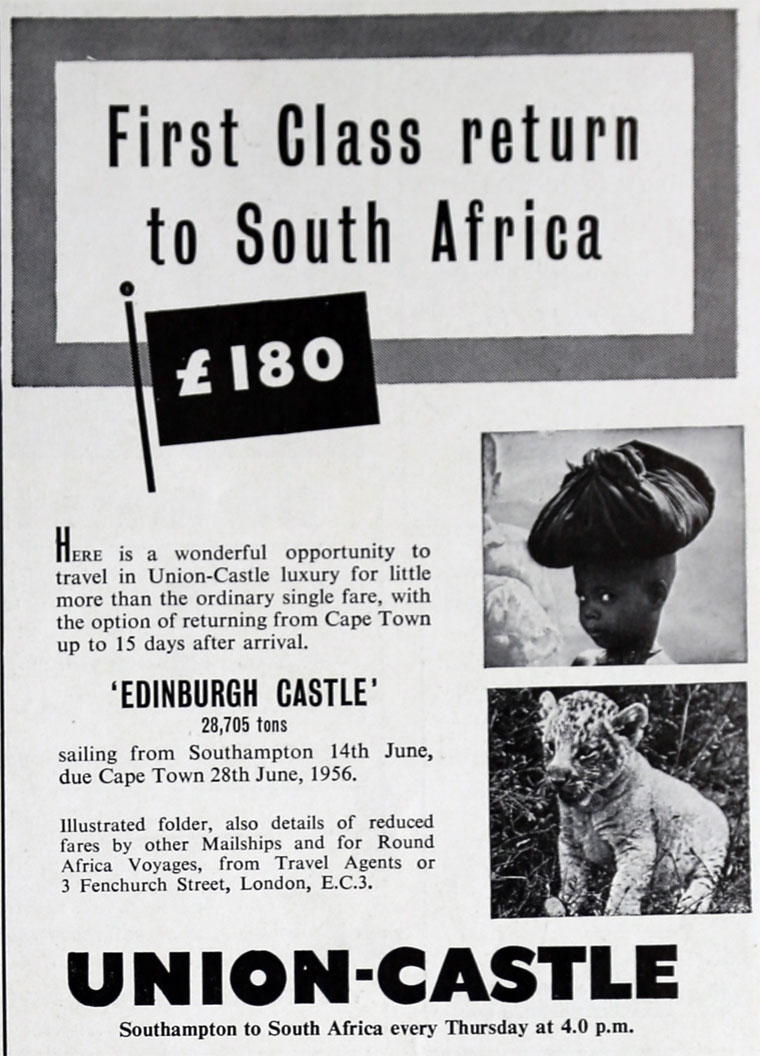 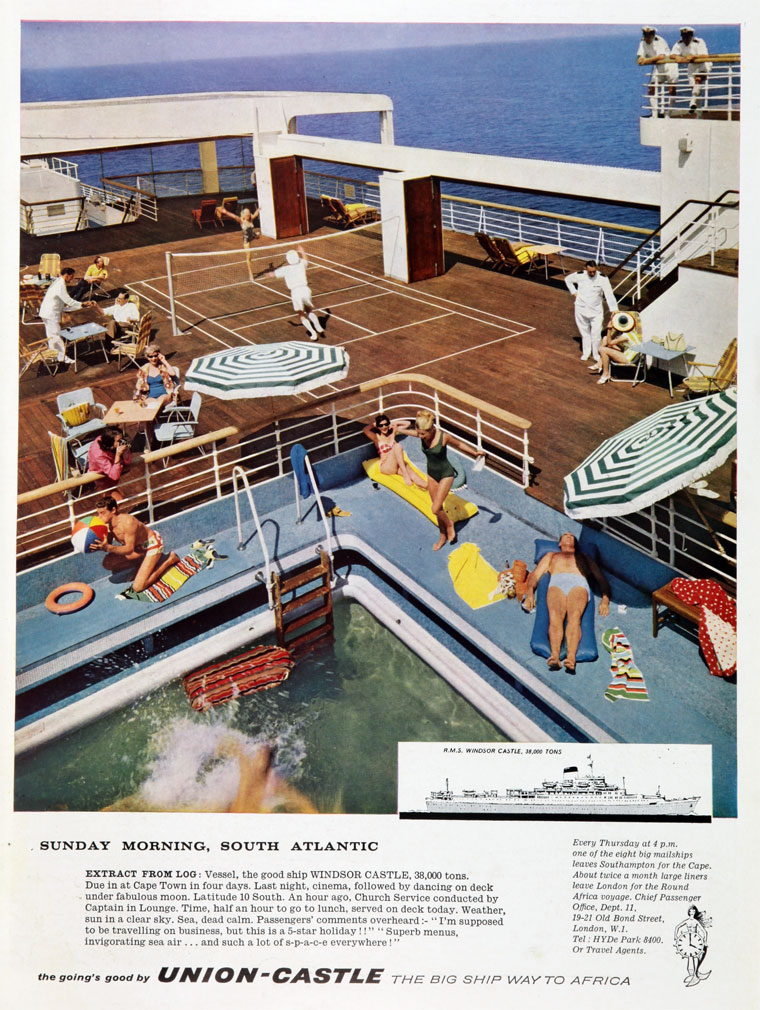 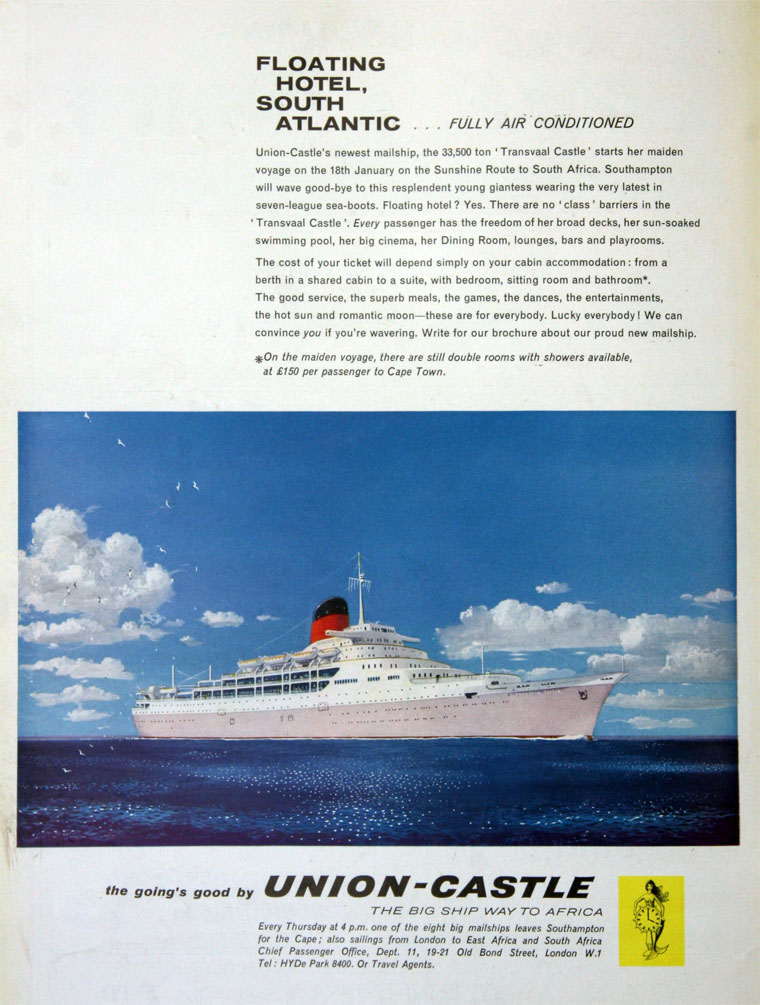 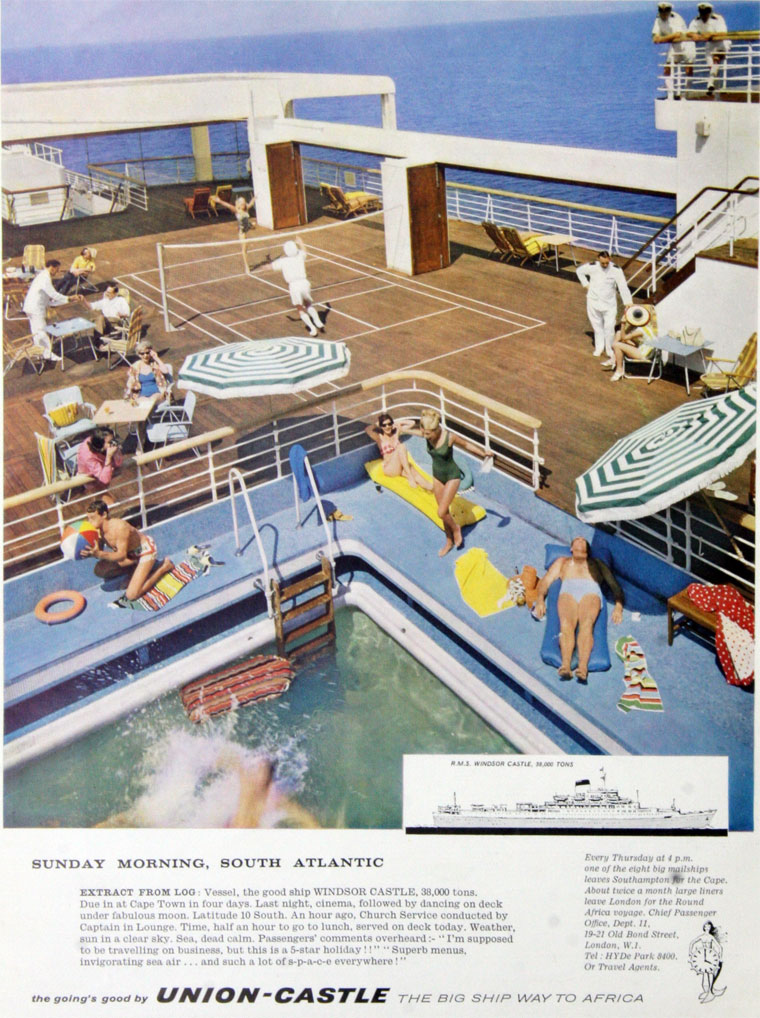 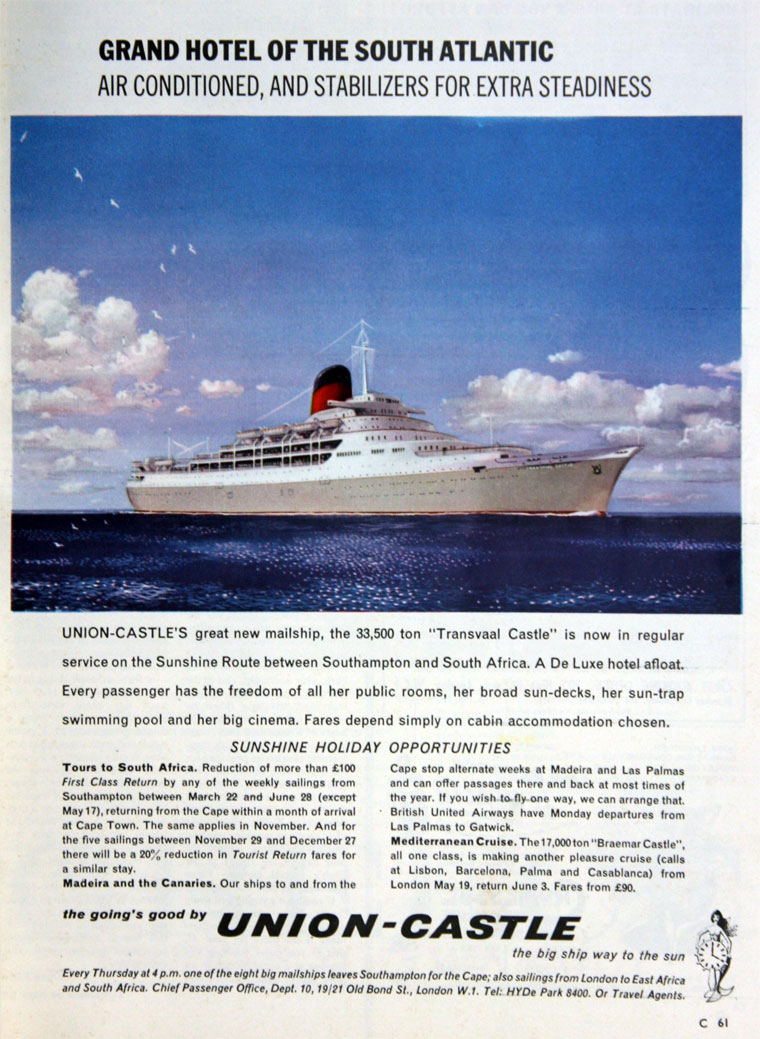 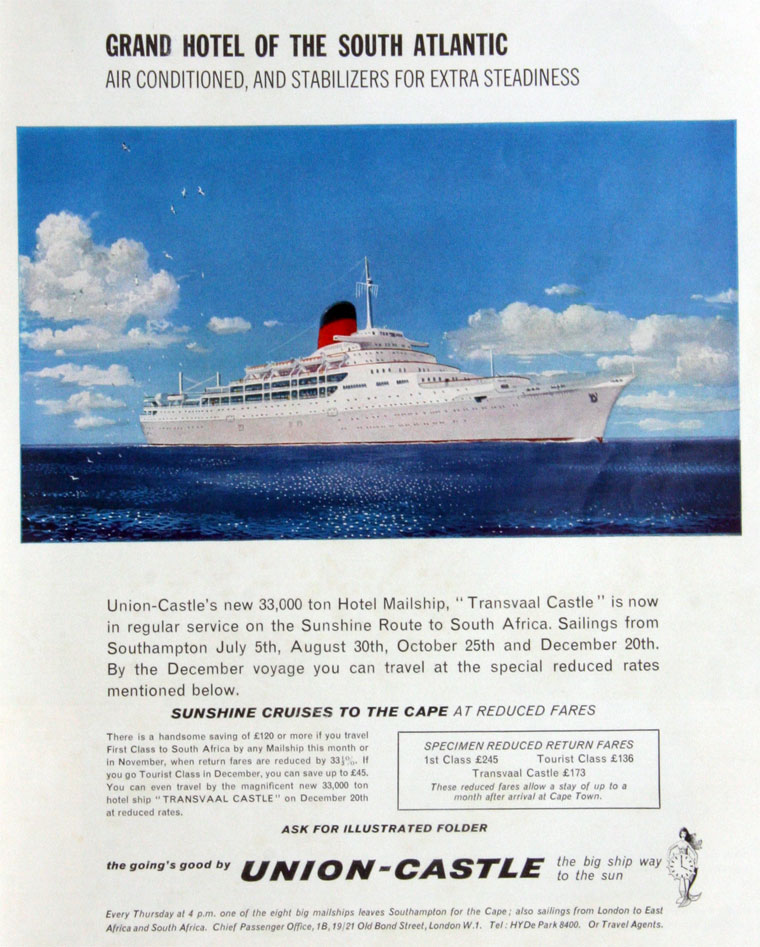 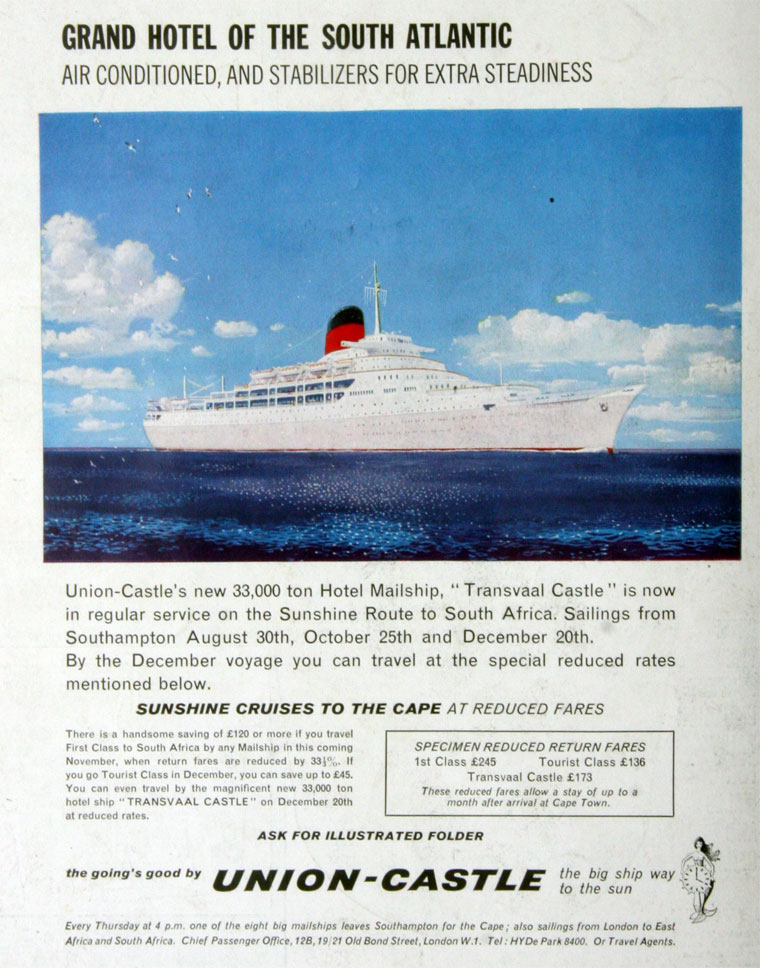 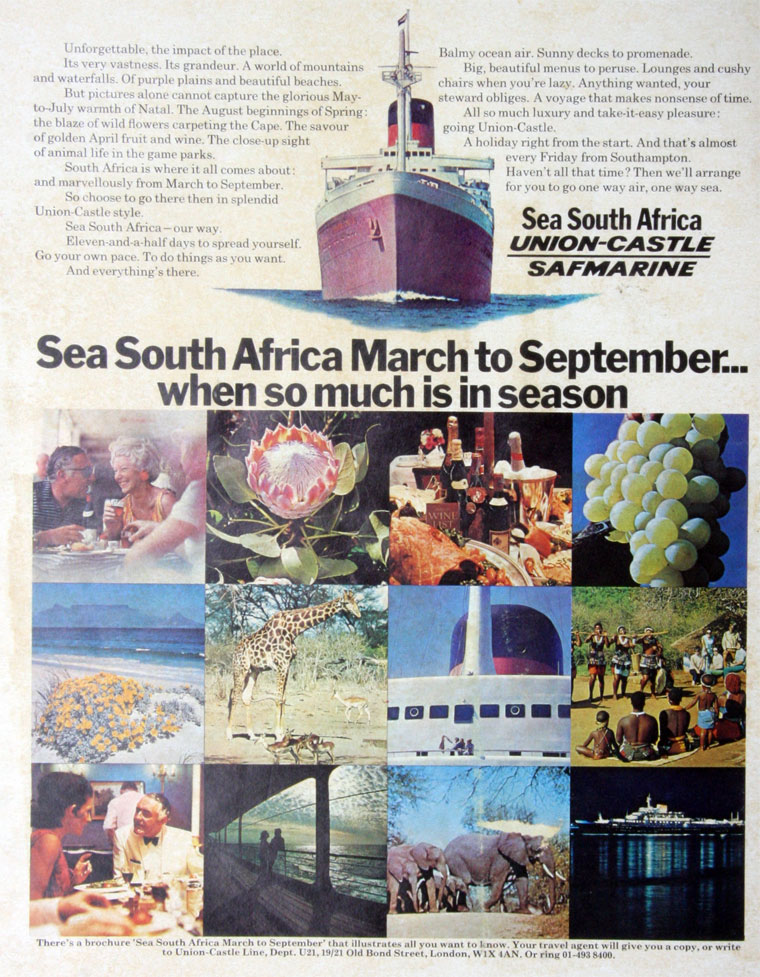 The Union-Castle Line was a prominent shipping line that operated a fleet of passenger liners and freighters between Europe and Africa from 1900 to 1977.

1912 Acquired by Owen Cosby Philipps through his Royal Mail Steam Packet Co and Elder Dempster; continued trading under its own name.

In December 1999, the Union-Castle name was revived for a millennium cruise; the P and O ship Victoria was chartered for a 60-day cruise around Africa, and had its funnel repainted for the occasion.