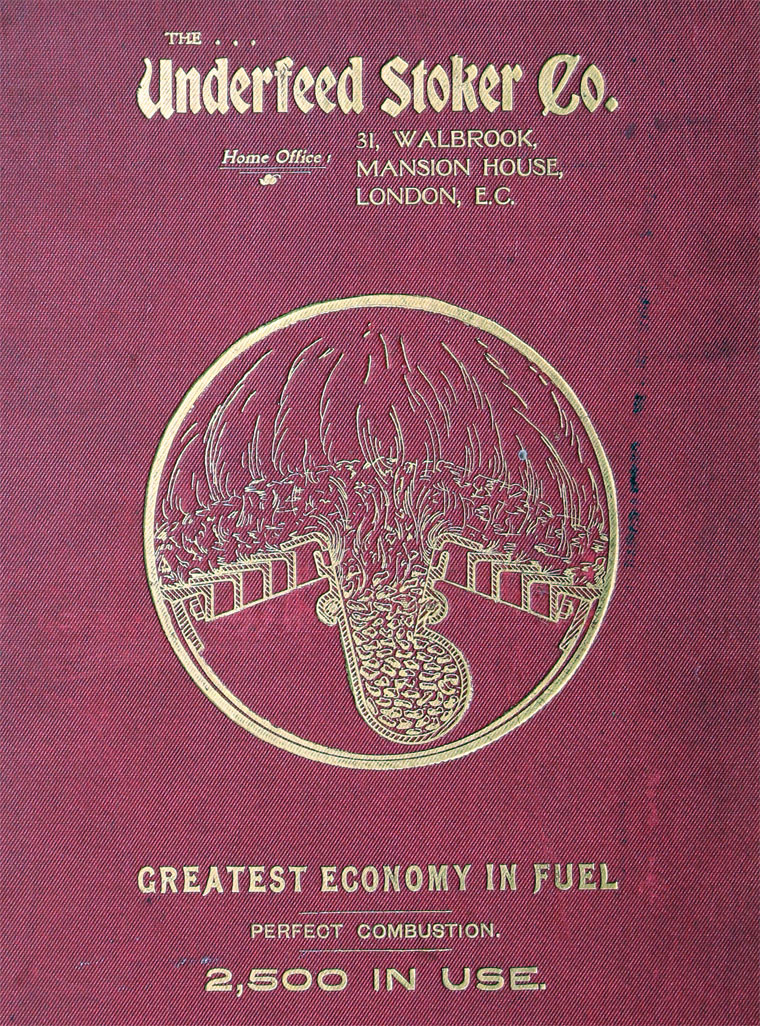 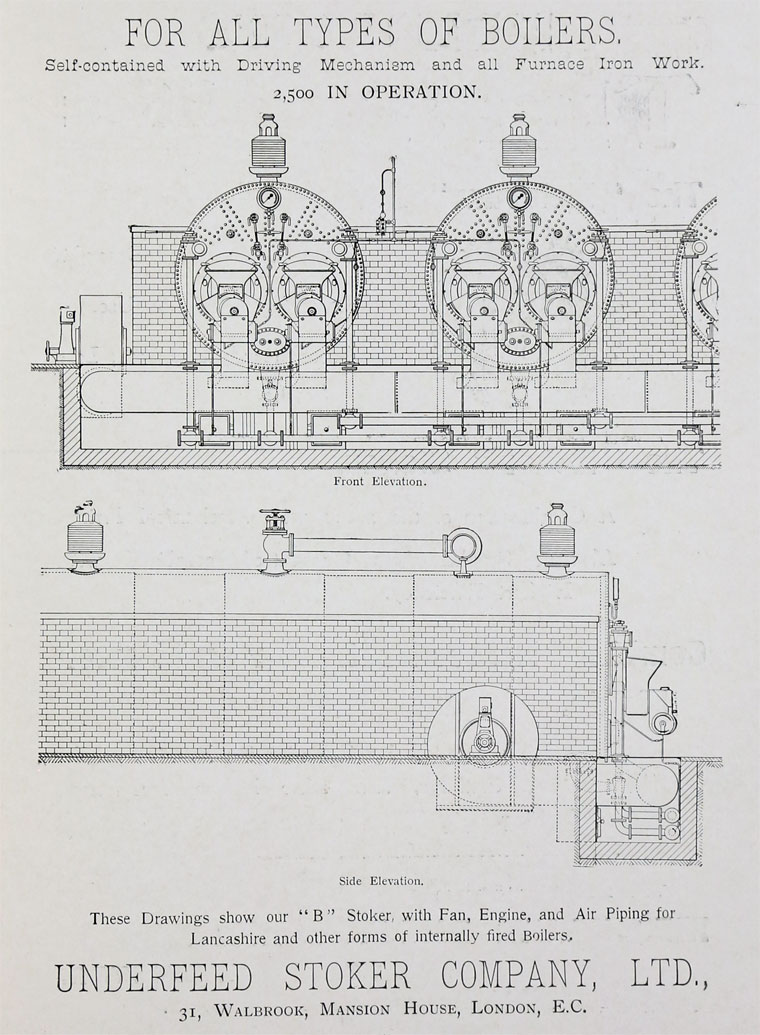 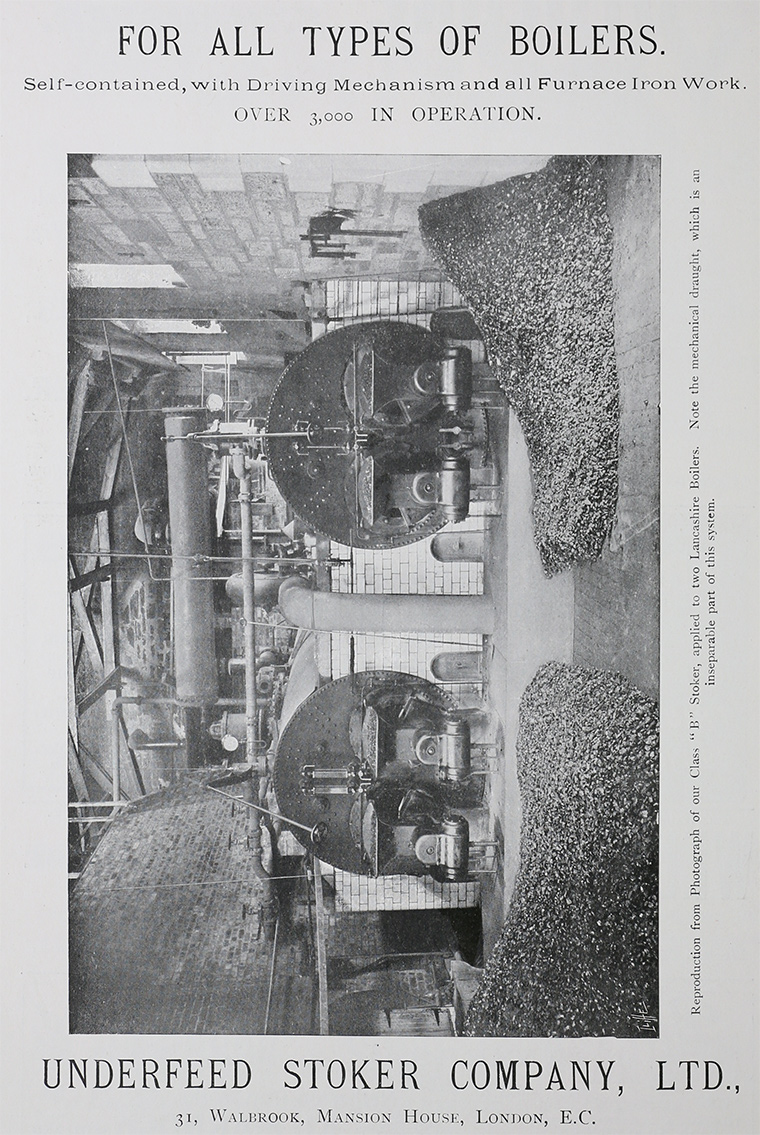 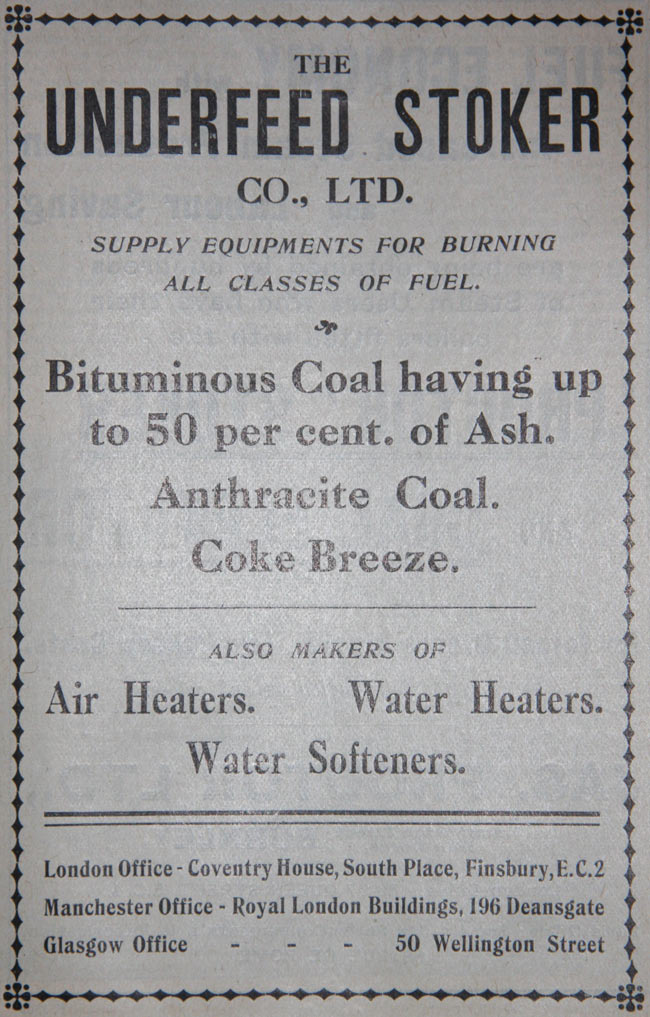 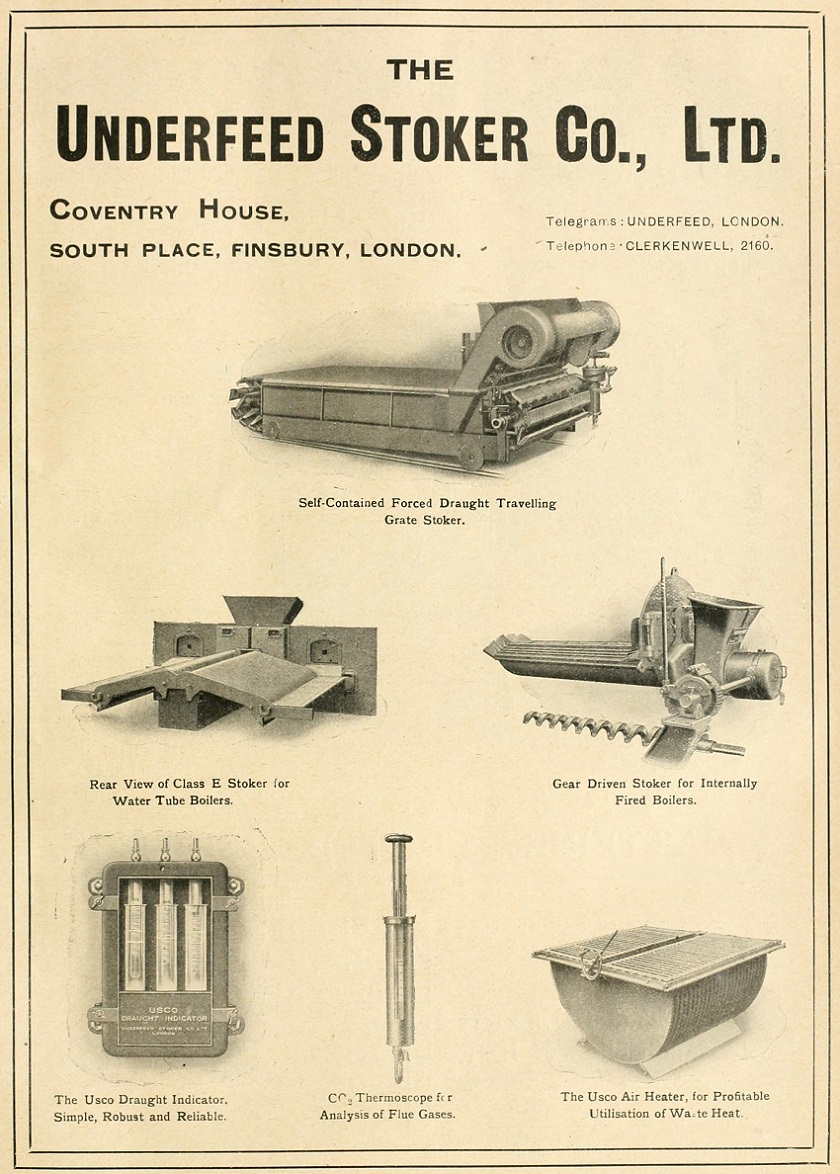 1902 the name of the Automatic Furnace Syndicate was changed to The Underfeed Stoker Company, as more properly describing the product being sold, and manufacturing was shifted to Slough.

In parallel with this activity a new engineering works, designed to make wood working machinery, was being constructed by an Alan Ransom, at Newark and it was recognised by both parties that the requirements of high quality castings for both woodworking machines and stokers were similar.

Agreement with A. Ransome and Co of Newark that, as high quality castings were needed for both Ransome's woodworking machines and for stokers, the 2 companies would share the Newark factory; staff were moved from Slough to Newark in 1903

1922 the entire Underfeed Stoker operation was transferred to a new factory at Derby.

Early History of The Underfeed Stoker Company by Harry Mead[4]

"During these last few weeks my memory goes back to the time when I joined the Company more than half-a-century ago. I now realise the enormous changes which have taken place since that time in this Company’s development. It was in 1898 that Mr W. R. Wood came over from America and formed The Automatic Furnace Syndicate with headquarters at No. 18 Walbrook, E.C. For some time castings were made and stokers built under some railway arches in the East End of London. Before long, further facilities were required and a manufacturing arrangement was made with The Railway & General Engineering Company, Nottingham.

A further move was made to Slough in January 1902, when the name was changed to the Underfeed Stoker Company and headquarters moved to 31 Walbrook. A contract had been arranged with the Consolidated Engineering Co. Ltd. of Slough, a small firm well-known to railway engineers, their speciality being the manufacture of Westinghouse brake cylinders. They also made a special design of coil clutch.

In these early days Mr Wood was assisted in the Works and in designing by Mr J. R. Fortune. Mr E. M. Gilbert took charge of the outside work. Both gentlemen, like Mr Wood, were Americans, but whether they were associated with the Combustion Engineering Company of New York, as was Mr Wood, I cannot say. Mr Fortune left the Company whilst it was at Nottingham, but Mr Gilbert remained for some years afterwards.

In the Spring of 1903 I joined the Company, whilst it was at Slough, as a draughtsman. Mr B. W. Bagshawe, who followed Mr Fortune, engaged me.

Mr Wood had already designed a number of underfeed stokers. Those manufactured were all of the worm feed type, the class ‘B’ stokers for internally fired flue boilers and the class ‘C’ stokers for water tube boilers. The worms for the latter were much larger in diameter than those fitted to the ‘B’ stokers and they had moving side grates, which were built up on a series of rocking levers. Both the ‘B’ stokers and the ‘C’ stokers were steam driven having reciprocating valves to distribute steam in the main driving cylinders by means of small diameter ports, something after the style of the common type of ship’s steam pumps. With the exception of the steam driving gear, the ‘B’ stokers were much the same as those still the first to reach Newark on the Tuesday to find that the office I was to occupy, and work in, for the next twenty years was inside the roof of Ransome’s Offices and still unfinished. However, the remaining work required to complete the offices was soon done. In a few days we were at work in the Drawing Office and busy checking our patterns, etc. in the Works.

Work began in earnest on stoker output. The advantages of a good foundry with a capable foreman in charge assured first-class castings, for nothing second-rate would be good enough for woodworking machinery. As a result the appearance of our stoker was often favourably commented on.

The first five months at Newark up to the end of 1903 produced under 100 tons of stoker material. There was a steady growth of output and in spite of the extensions, which Messrs Ransomes made, they were finally unable to cope with our demands and contracts were placed with Messrs Robey’s of Lincoln and Messrs Clapham of Keighley for the manufacture of stokers, which they made from the detailed drawings and works lists prepared by our Newark Office staff. Finally with this help we attained a maximum output of 500 tons per month.

This brought us up to the period of the commencement of the building of the present factory in 1921 and the removal of our Works Stalf at Newark to Derby at the end of September 1922, the first castings in the new foundry being made at the beginning of October 1922. In 1927, the Underfeed Stoker Company, as such, ceased to exist on being incorporated with International Combustion Limited."