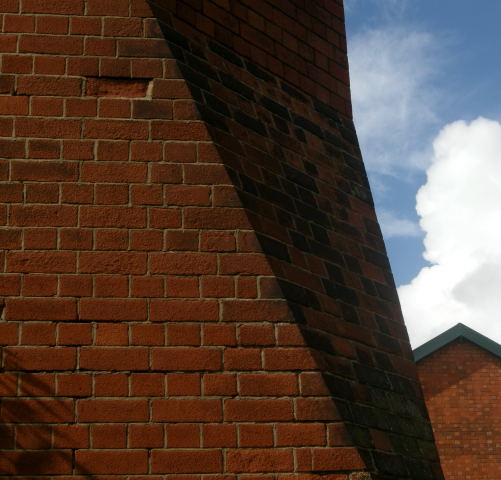 Base of chimney, formerly used for hydraulic pumphouse 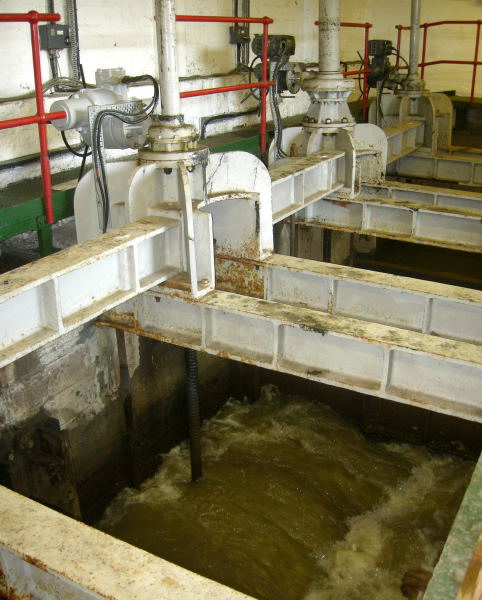 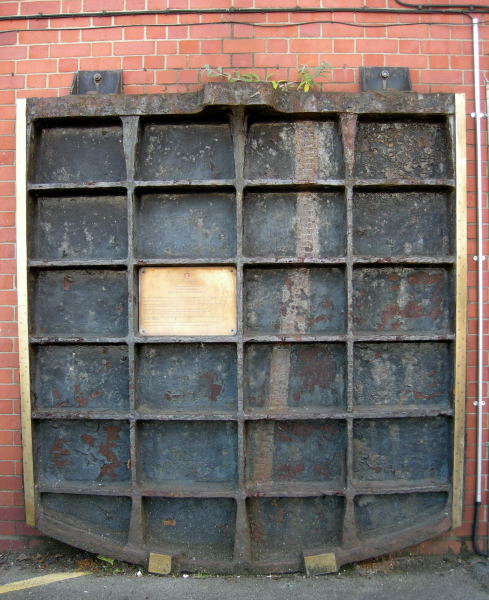 1900 paddle from No. 2 sluice. Found fractured in 1994, and returned to service after Metalock repair

The area contains well-equipped maintenance workshops for the docks, hydraulic pumping machinery, and a Patent slipway. Many of the structures now have listed building status.

Much of the workshop equipment has survived in operational condition. More detail on the machine shops and forge may be found under Underfall Yard Workshops

The area takes its name from the sluices between the Floating Harbour and the River Avon (New Cut). William Jessop designed the harbour with a dam having an 'overfall', whose crest height determined by the level of water in the harbour.

As a result of the accumulation of mud and silt in the harbour, ships entering the narrow harbour were frequently being grounded. Isambard Kingdom Brunel was engaged to address the problem. He designed the sluice system, still in use today, to remove excesses of silt and mud. In place of the Overfall he constructed three shallow sluices and one deep scouring sluice, between the harbour and the New Cut, together with a dredging vessel, known as a drag boat (see Bush and Beddoe), to scrape the silt away from the quay walls. Sluices 1 and 2 ('shallow') are used to control the water level, while sluices 3 and 4 ('deep') remove the silt. When the deep sluices are opened at low tide, a powerful flow draws the silt out of the harbour and into the river. The 'Underfall' system was re-built in the 1880s, with longer sluices, and the yard above was enlarged [1]