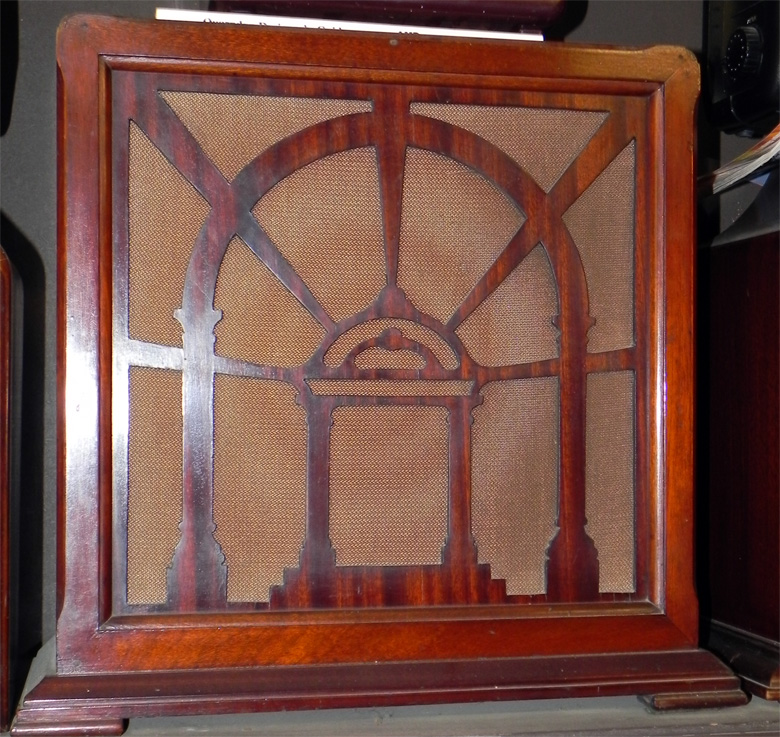 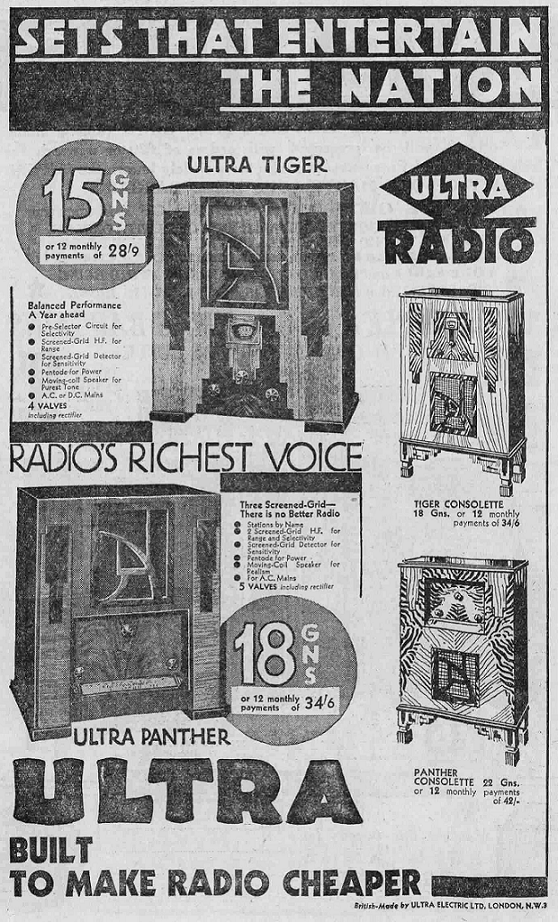 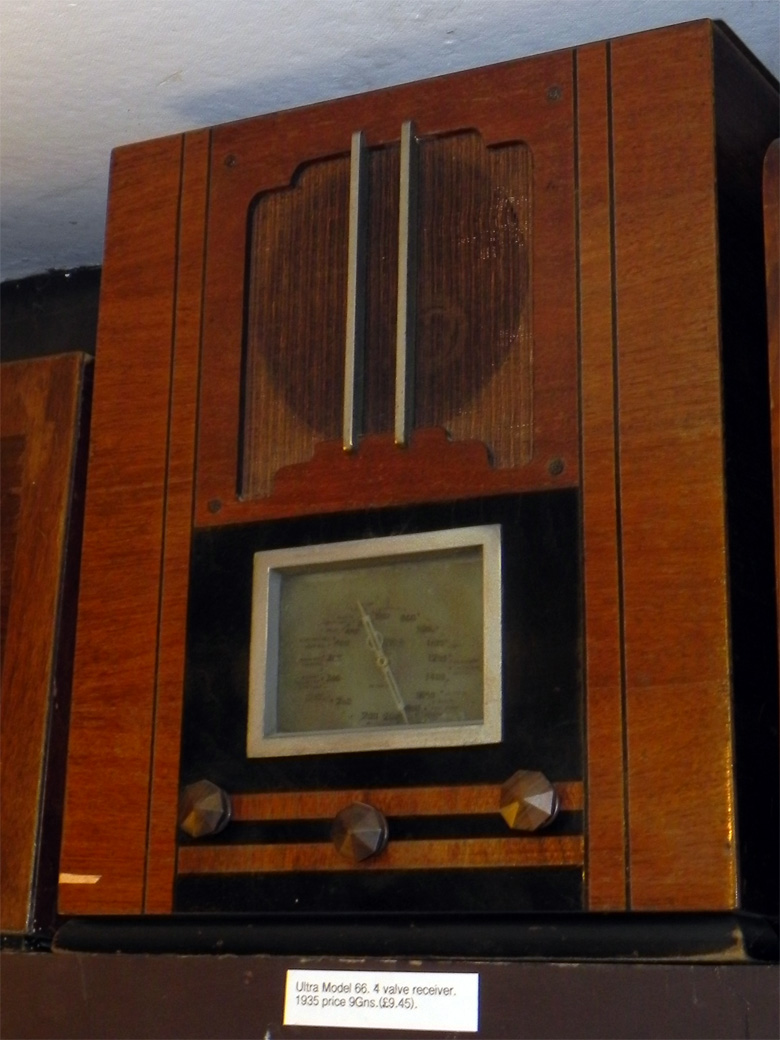 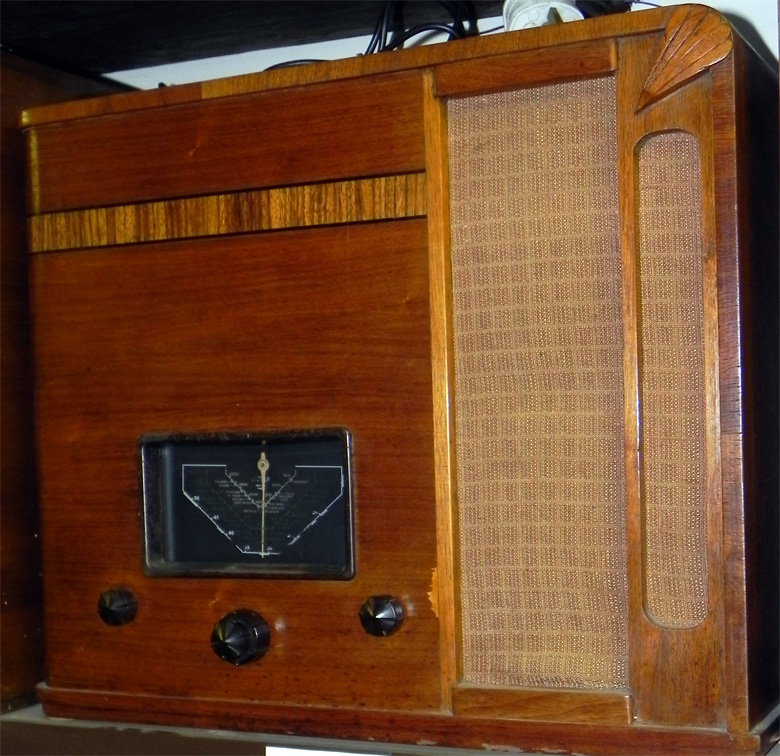 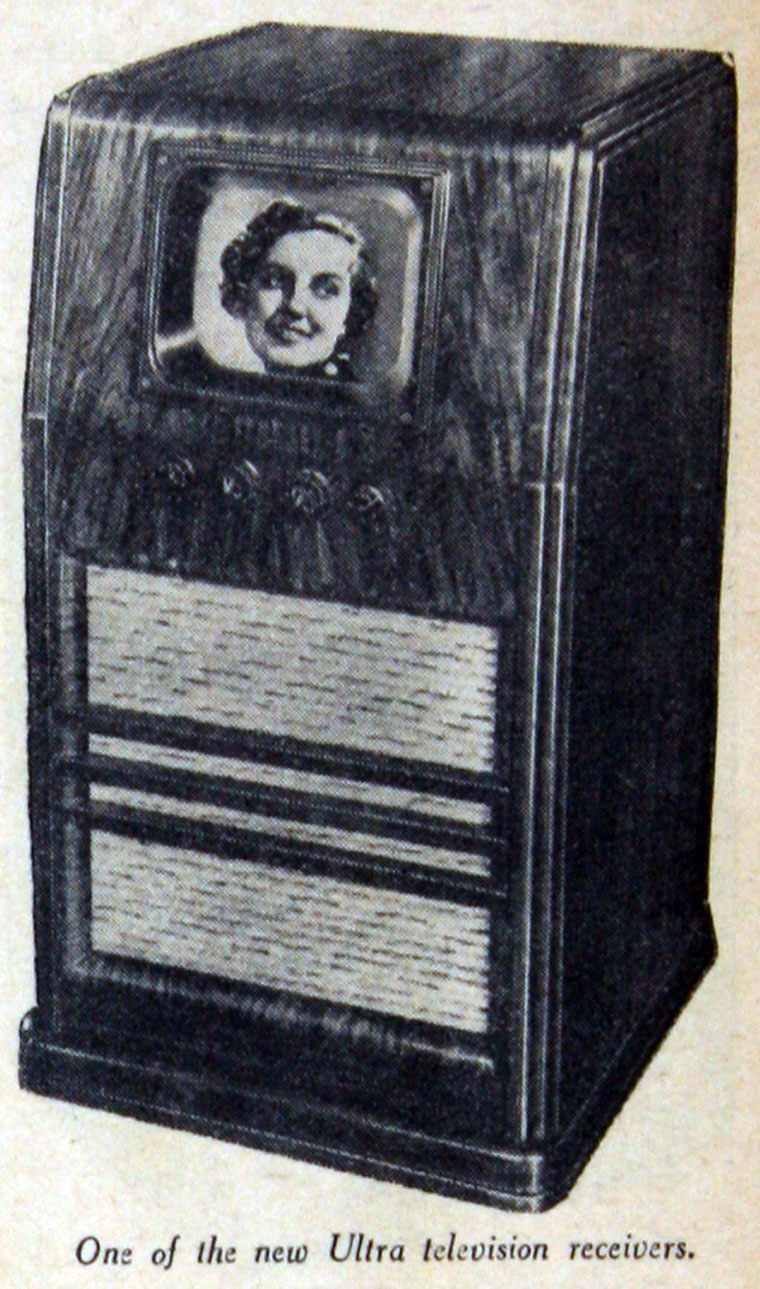 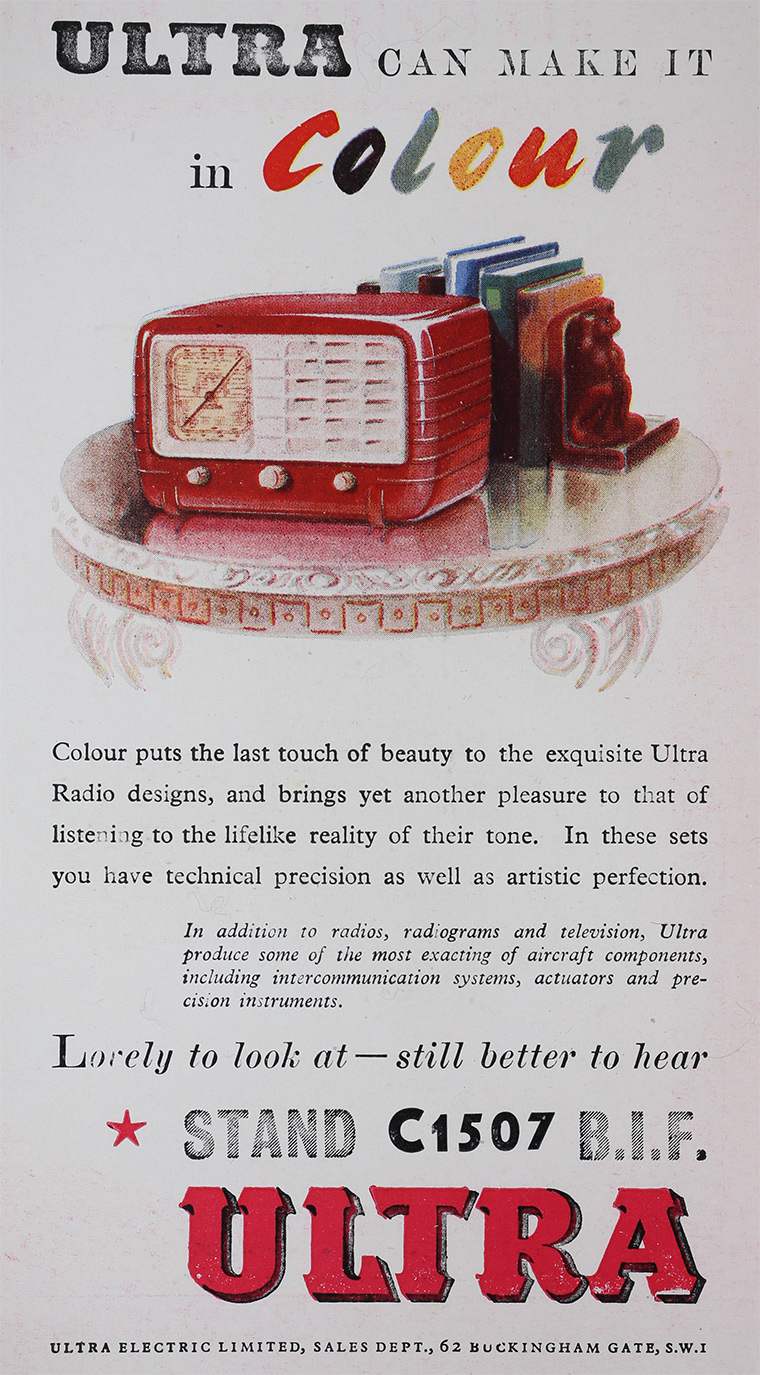 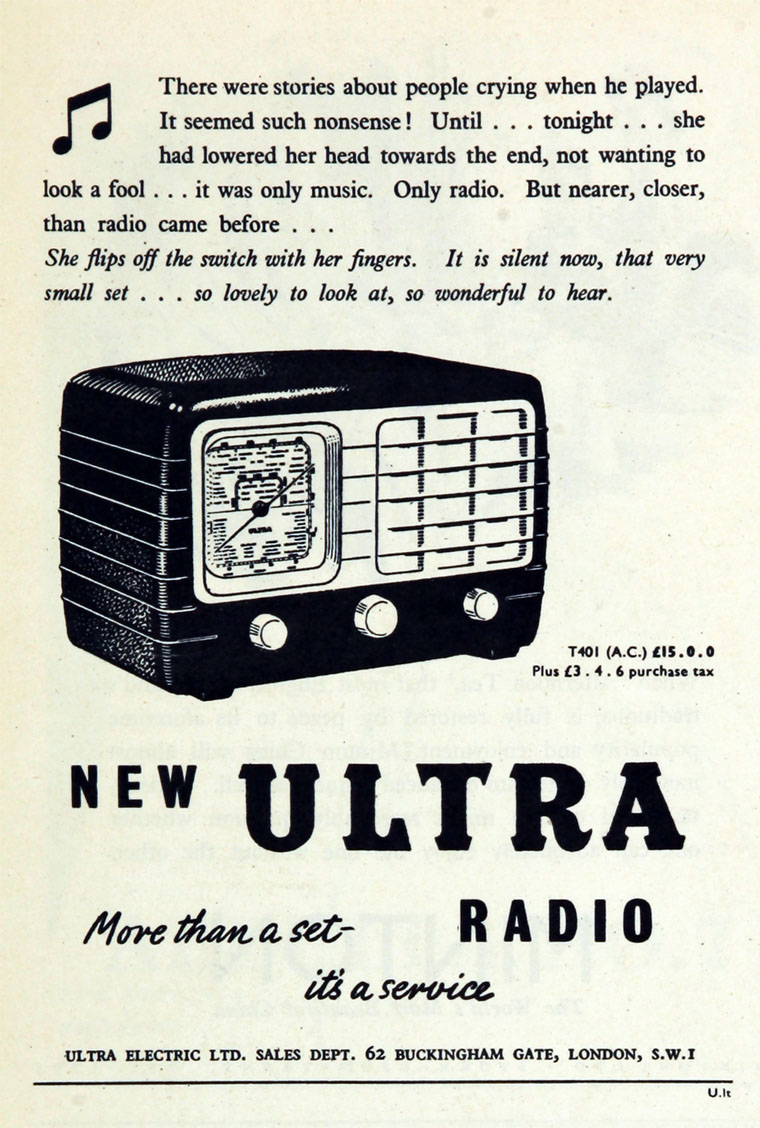 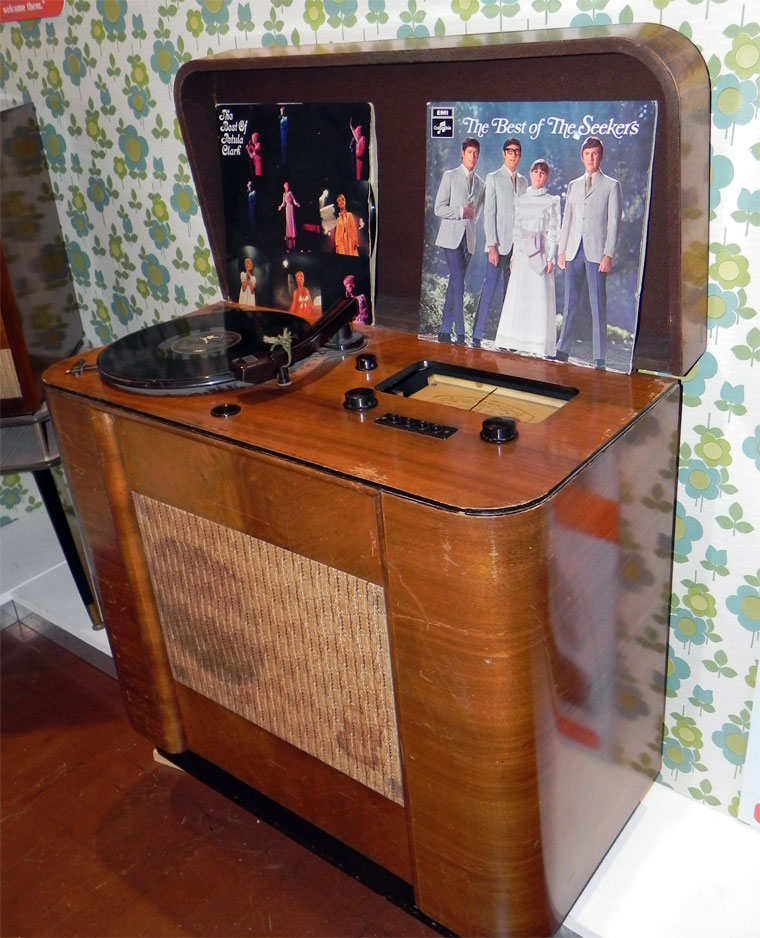 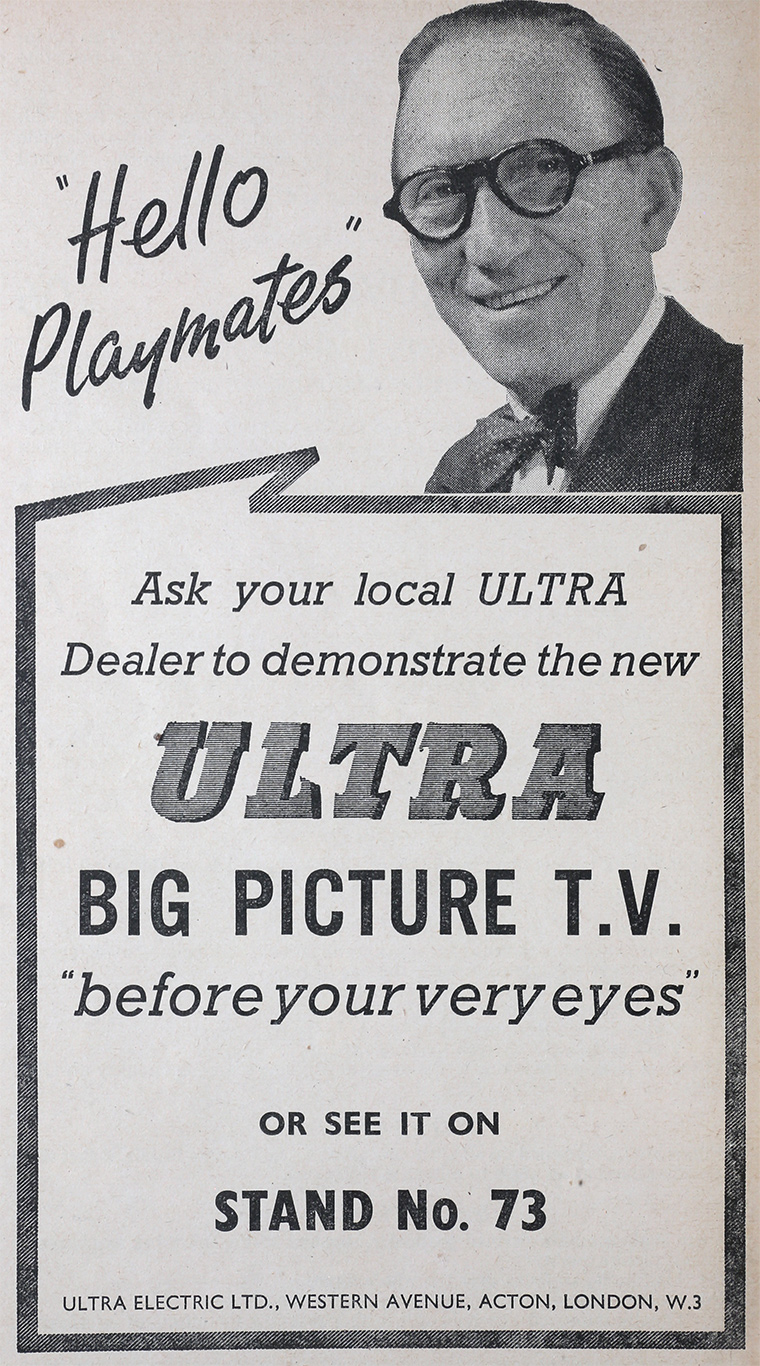 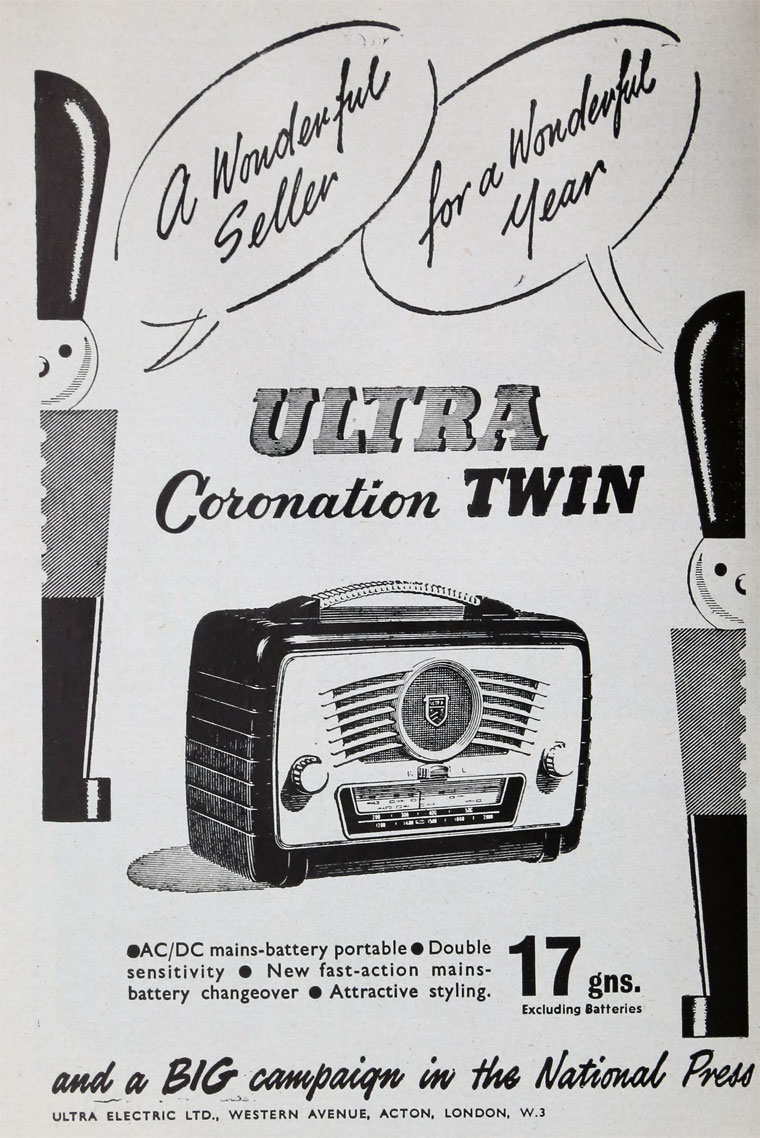 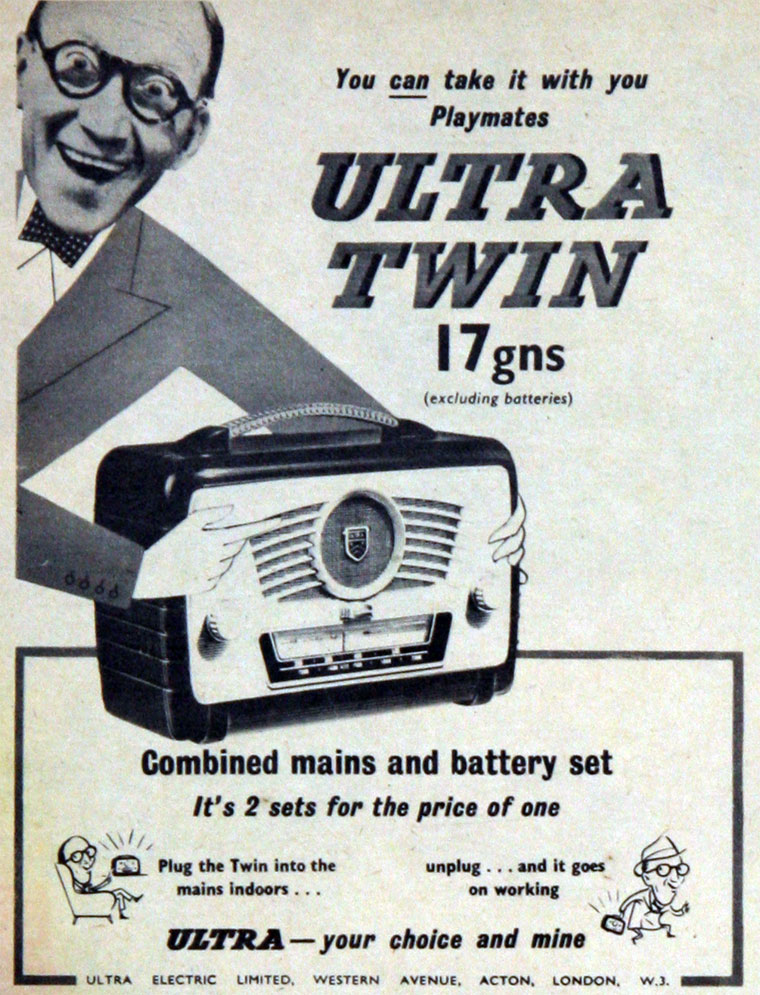 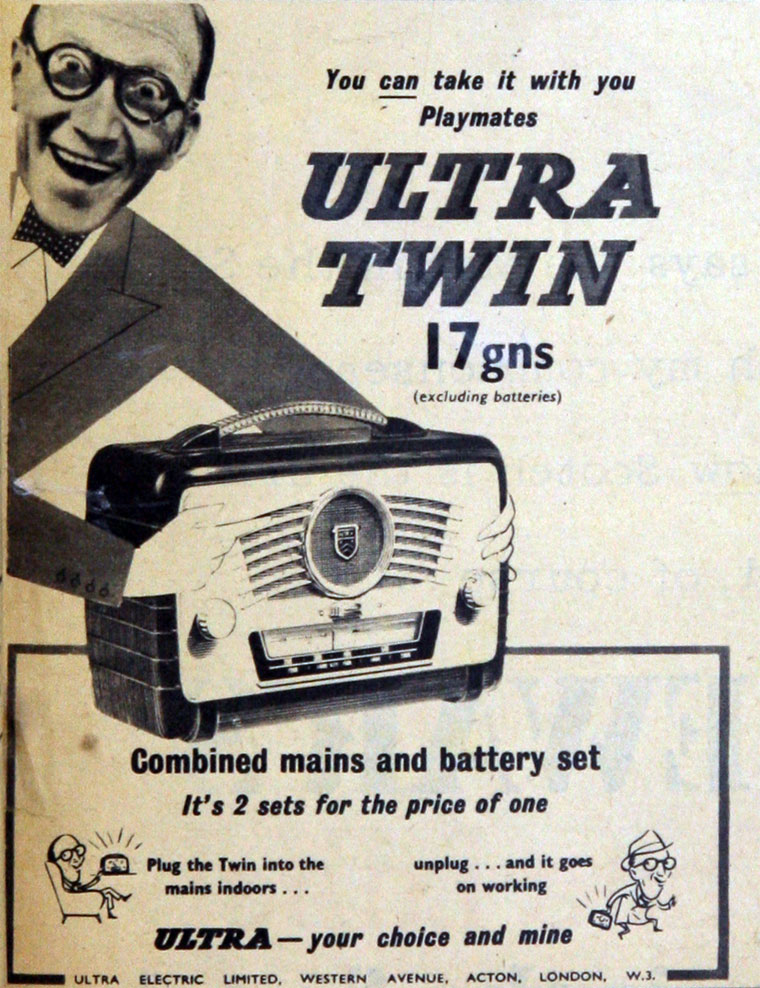 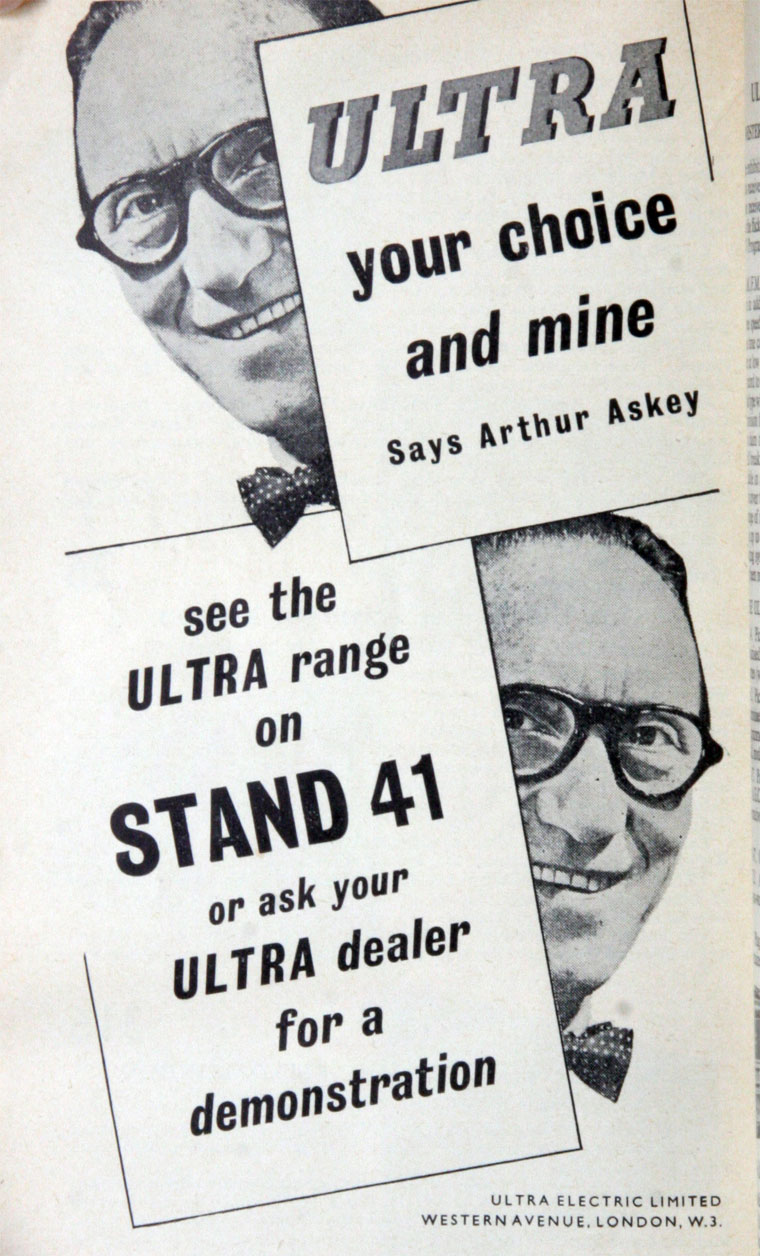 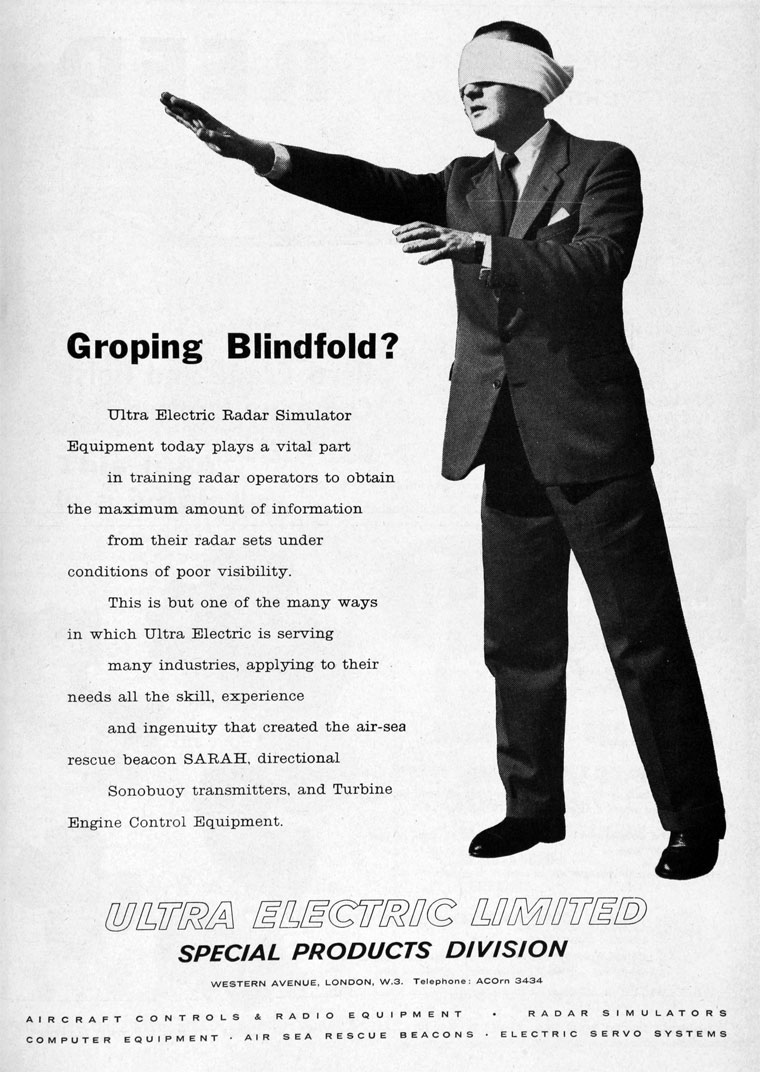 1921 The success of the headphones meant a larger premises was needed and a new factory at 158-160 City Road, London, EC, was taken on. Started to produce horn loudspeakers. This was a lucrative move as both shop-bought and home-built receivers needed horn loudspeakers to work.

1925 Ultra Electric Ltd was formed. Edward also changed his surname to Rose to try and disassociate himself from his background, though the wireless world continued to use his original, familiar one. Products ranged from loudspeakers, pickups, battery eliminators and a portable receiver.

1929 Ultra recruited E. H. Munnion from Marconiphone when it was taken over by HMV (see also Gramophone Co) as the new radio designer, to aim for the middle of the road market.

1932 Move to a new factory at Erskine Road, Chalk Farm, London, NW3, which housed 600 employees. Vertical integration continued to the point where 95% of the components were made in-house. Issued exotic named radios called "Tiger", "Panther" and "Blue Fox". A Drawing Office was set up although cabinet design was outsourced.

WWII Ultra turned production over to equipment for the war effort, but also made the Civilian "Utility set", U10.

1947 The first year after the war that Radiolympia was held. Whilst Ultra retained its interest in military supply it was determined to re-enter the consumer business.

1956 Ultra used Arthur Askey in new advert series and in store promotions posters. It was still a novelty for advertisers in the radio industry to use celebrities to endorse their product. New Scottish Depot and Service at 40 Wellington Street, Glasgow, C.2. October saw the inauguration of their new radio and television factory on the Fareham-Gosport road on the outskirts of Gosport town. The factory was equipped with the most modern plant for the production of domestic radio and television receivers under the best possible working conditions. The whole of the company's domestic receiver production was centralized at Gosport, thus freeing the Ultra factory at Western Avenue for the production of special products.

By 1958, cost cuts were needed at the inefficient Gosport factory. Whilst the Special Products Division was doing well, the consumer products were not.

1961 The over expansion, purchase of Pilot and a slump in consumer sales meant that a rights issue, then a sale (in April) of 40% of the new electronics company was needed to generate £2 million. In May, Ultra Radio and Television Ltd, the radio and television company (including Pilot), was bought by Thorn for £2.4 million[4]. The group would concentrate on electronics, as Ultra Electronics. Rosen retired shortly afterwards.

1974 Thorn dropped the Ultra brand name as the consolidated (but brand name-heavy) industry fought against the very strong Japanese imports.