Grace's Guide is the leading source of historical information on industry and manufacturing in Britain. This web publication contains 138,879 pages of information and 225,312 images on early companies, their products and the people who designed and built them. 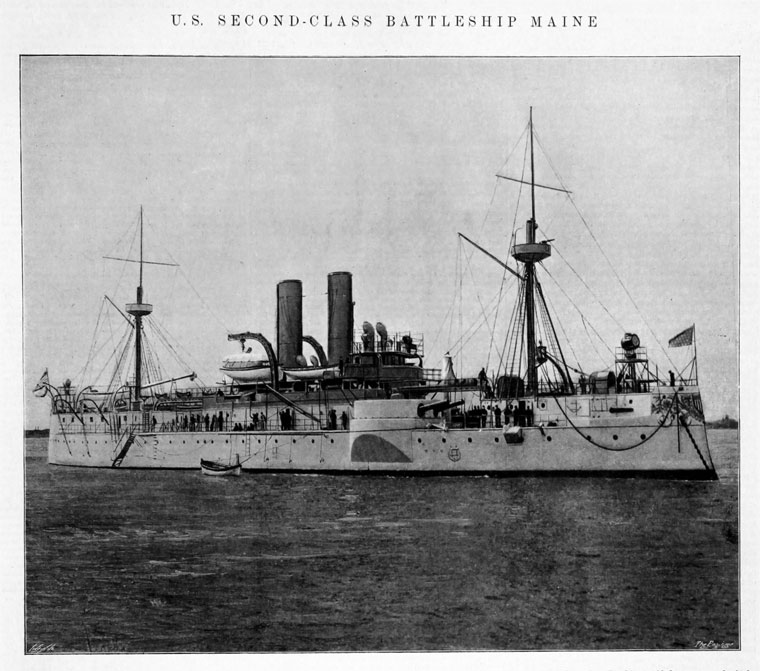 USS Maine (ACR-1), commissioned in 1895, was the first United States Navy ship to be named after the state of Maine. Originally classified as an armored cruiser, she was built in response to the Brazilian battleship Riachuelo and the increase of naval forces in Latin America. Maine and her near-sister ship Texas reflected the latest European naval developments, with the layout of her main armament resembling that of the British ironclad Inflexible and comparable Italian ships. Her two gun turrets were staggered en échelon, one sponsoned out on each side of the ship, with cutaways in the superstructure to allow both to fire ahead, astern or across her deck. She dispensed with full masts thanks to the increased reliability of steam engines by the time of her construction.[1]