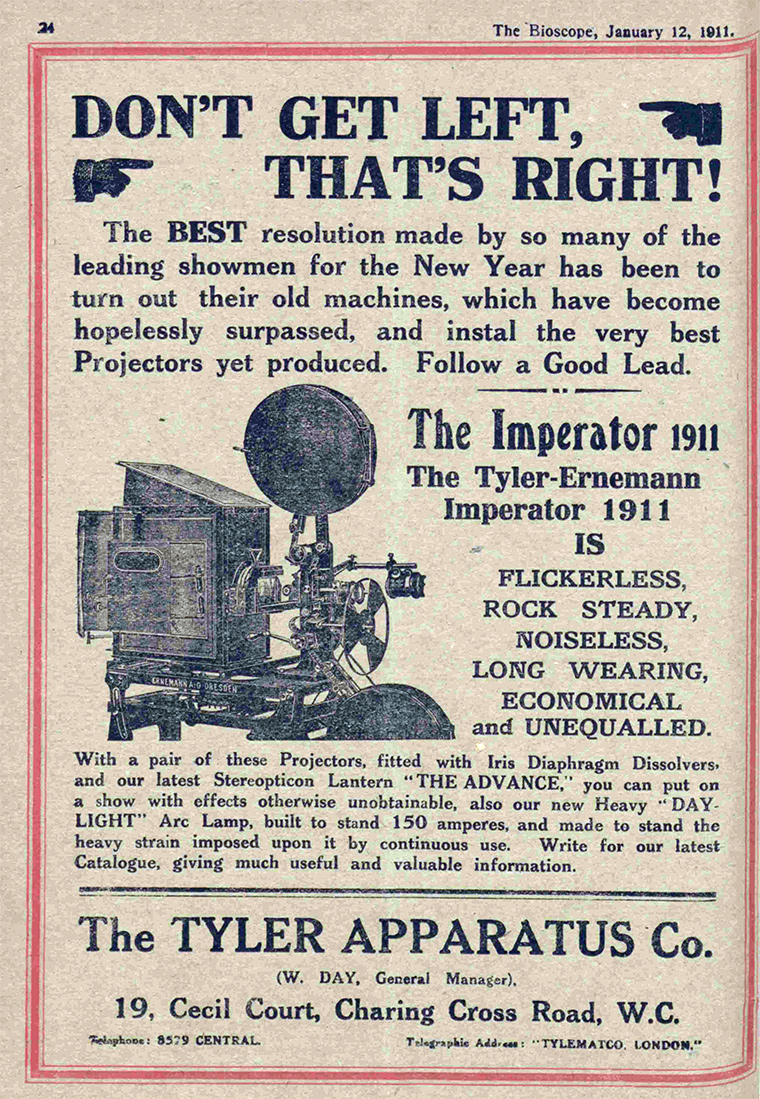 1912 Company established as a subsidiary of Walter Tyler Ltd

1914 Opticians and lantern manufacturers. Walter Tyler were proprietors of the Tyler Apparatus Co carrying on business at the same address, manufacturing and dealing in all kinds of optical lanterns and cinematograph machines and every appliance for electric theatres; also photographic studio, making lantern slides and lighting effects. [1]

The company began making motorcycles by offering lightweight motorcycles with a choice of Precision two-stroke or four-stroke engines, both in a form of unit construction with their two-speed gearbox. Under this name they had limited sales but were more successful later as Metro-Tyler

1915 Produced the Victor motorcar. See list of the models and prices 1917 Red Book.

1916 Scheme of arrangement for winding up the company[2]

1919 Tyler Apparatus Co of London took over the Birmingham firm of Metro Manufacturing Co after the end of World war I. They offered the Metro-Tyler motorcycle from 1919 to 1924.

1921 Court approval of alteration of objects of company[4]