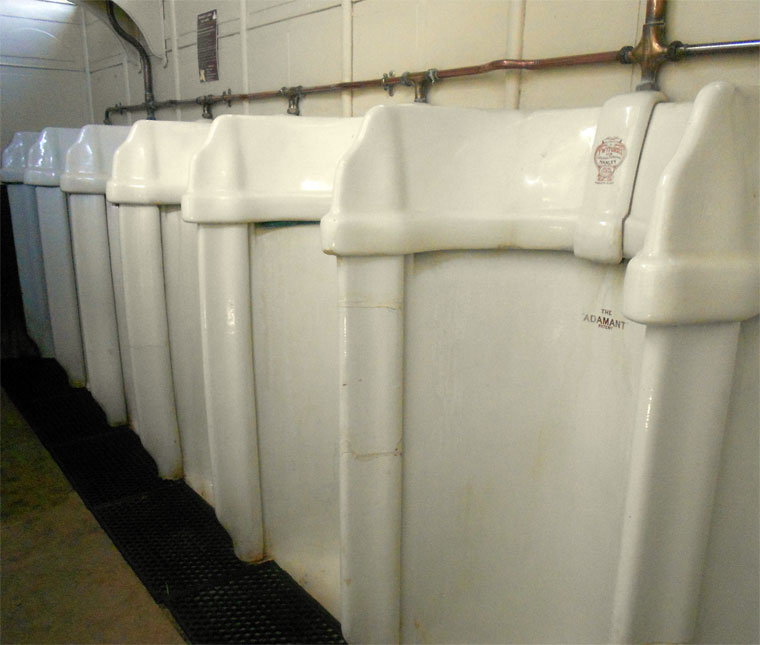 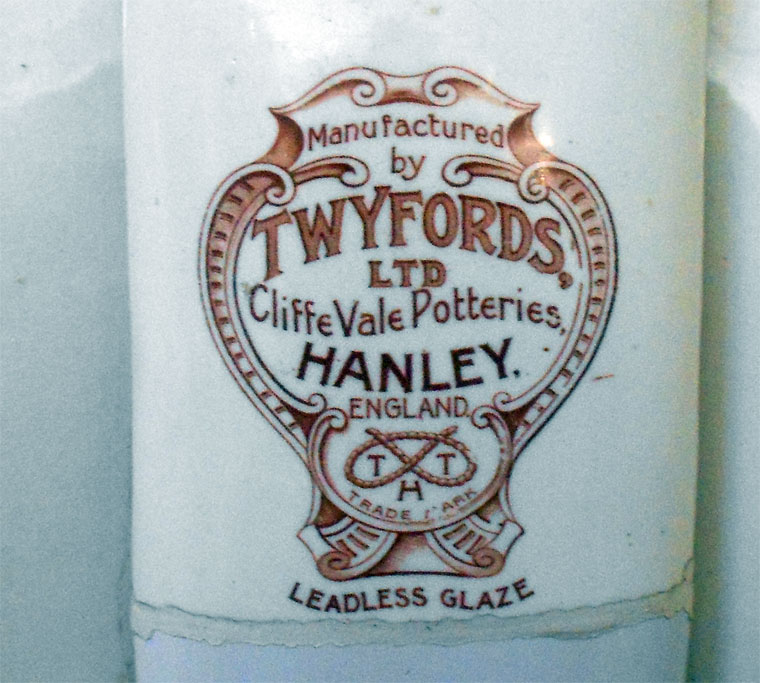 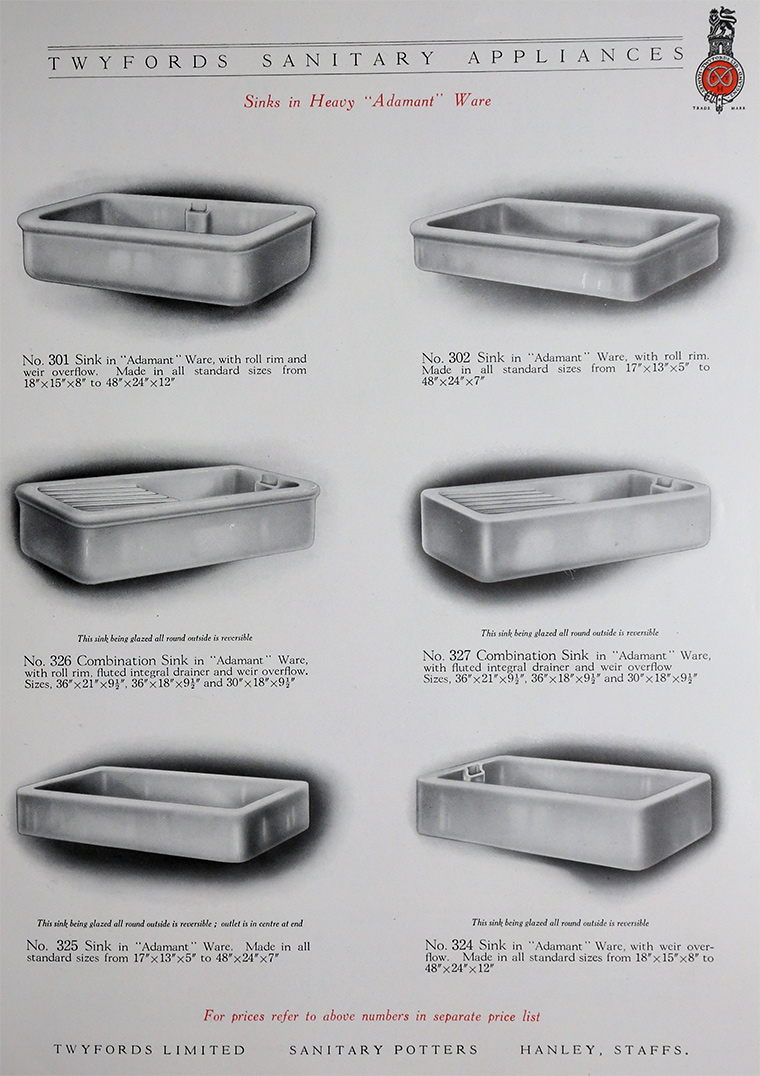 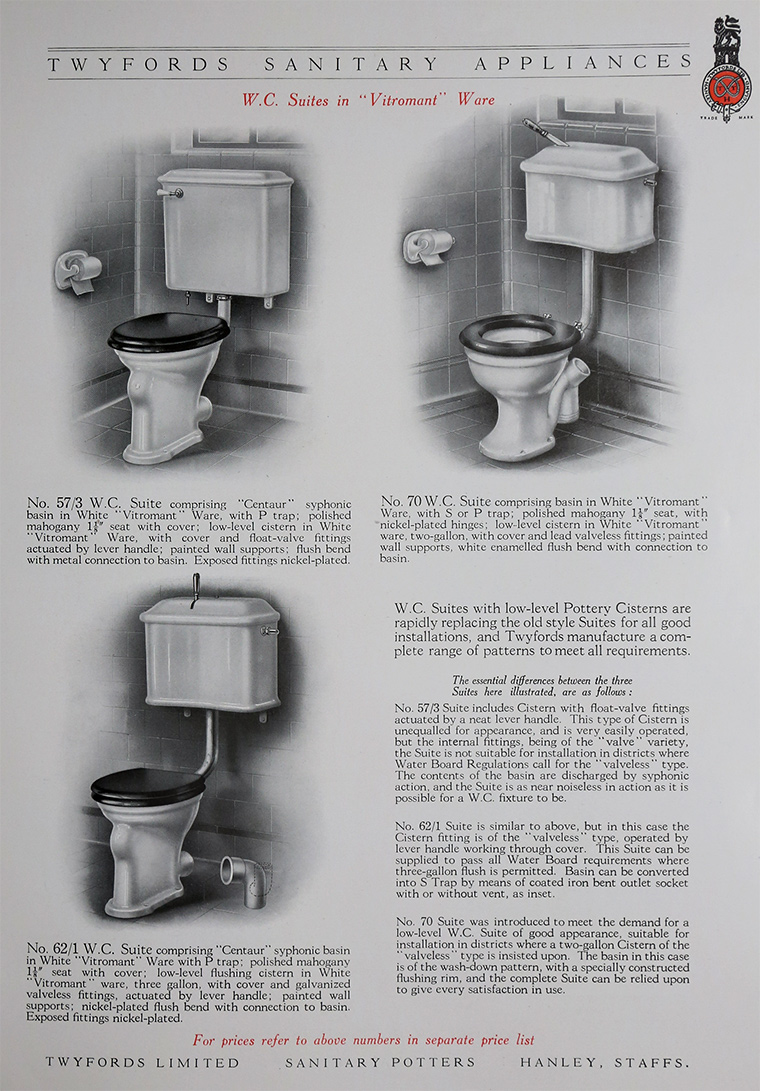 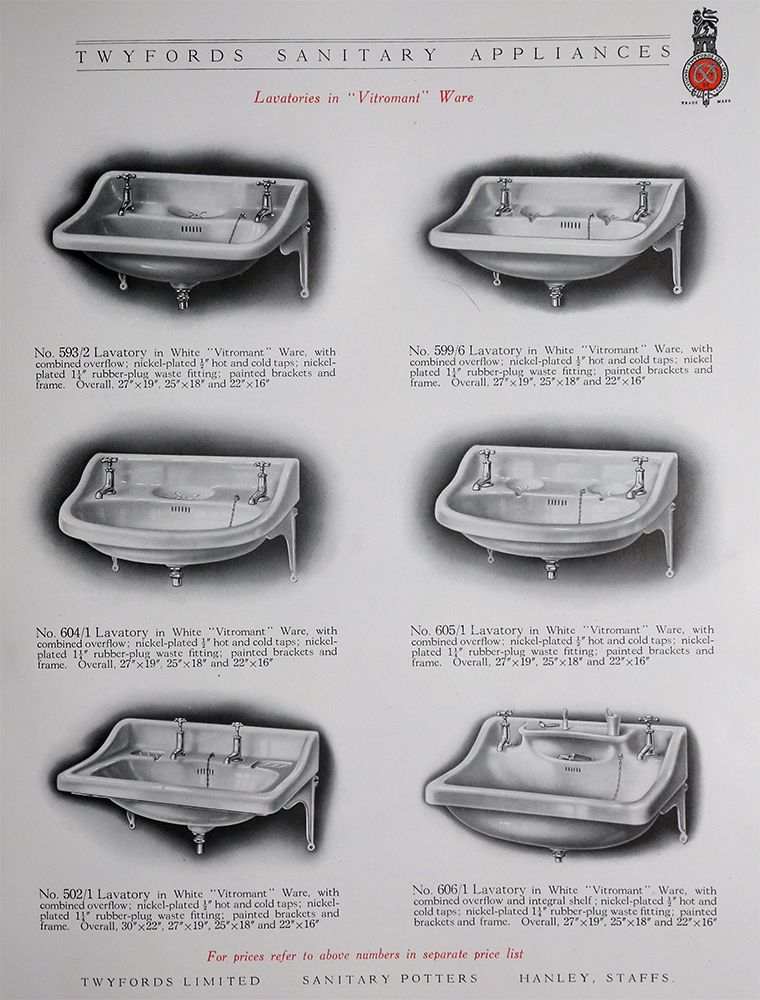 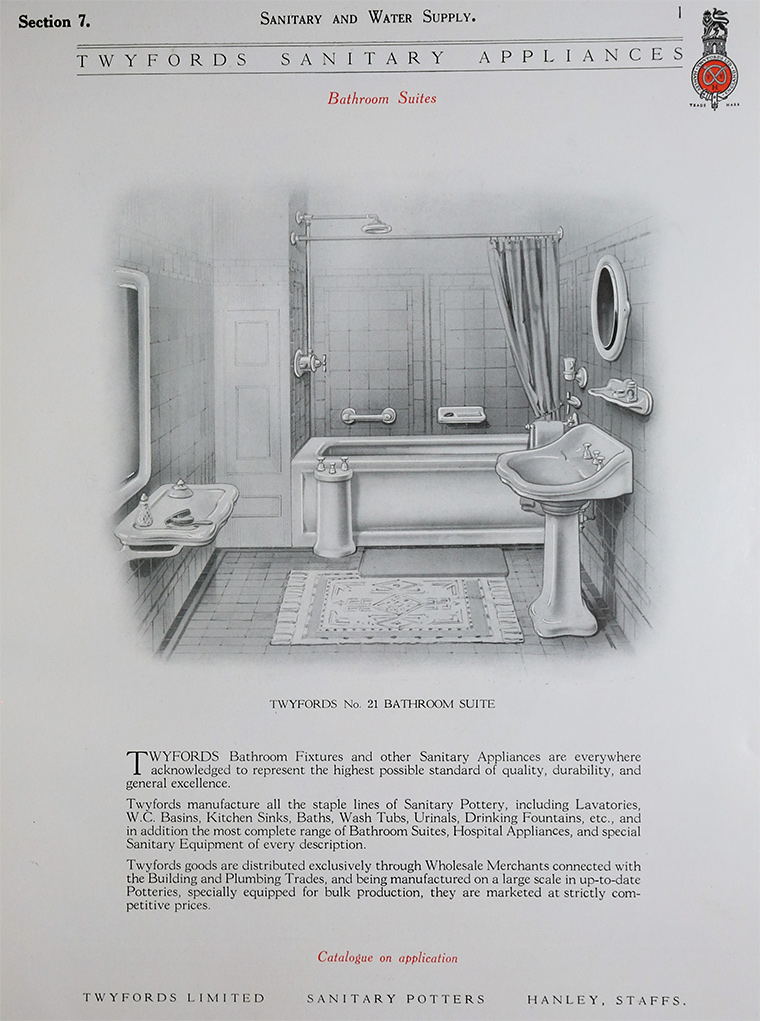 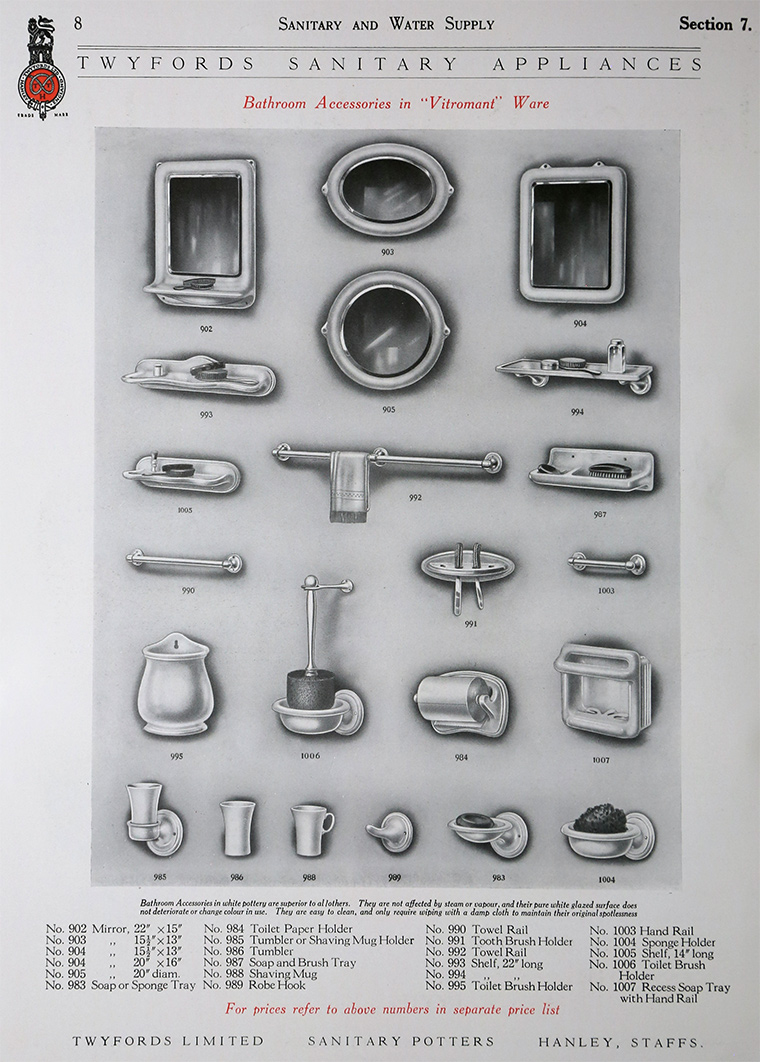 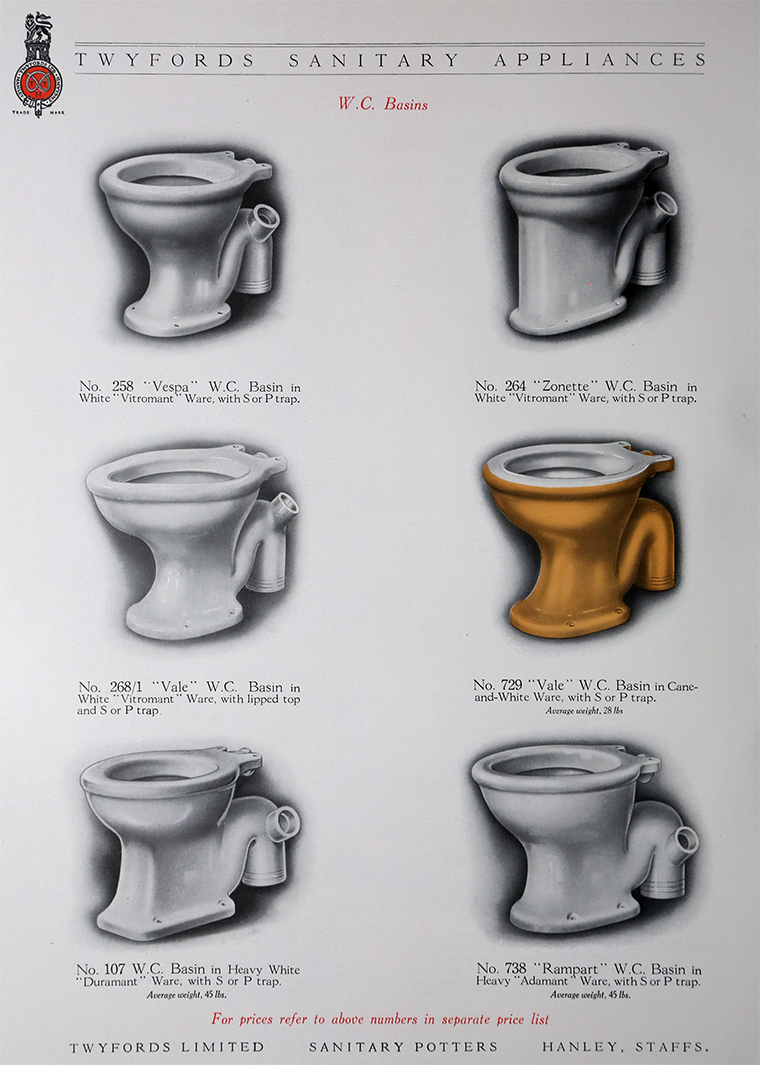 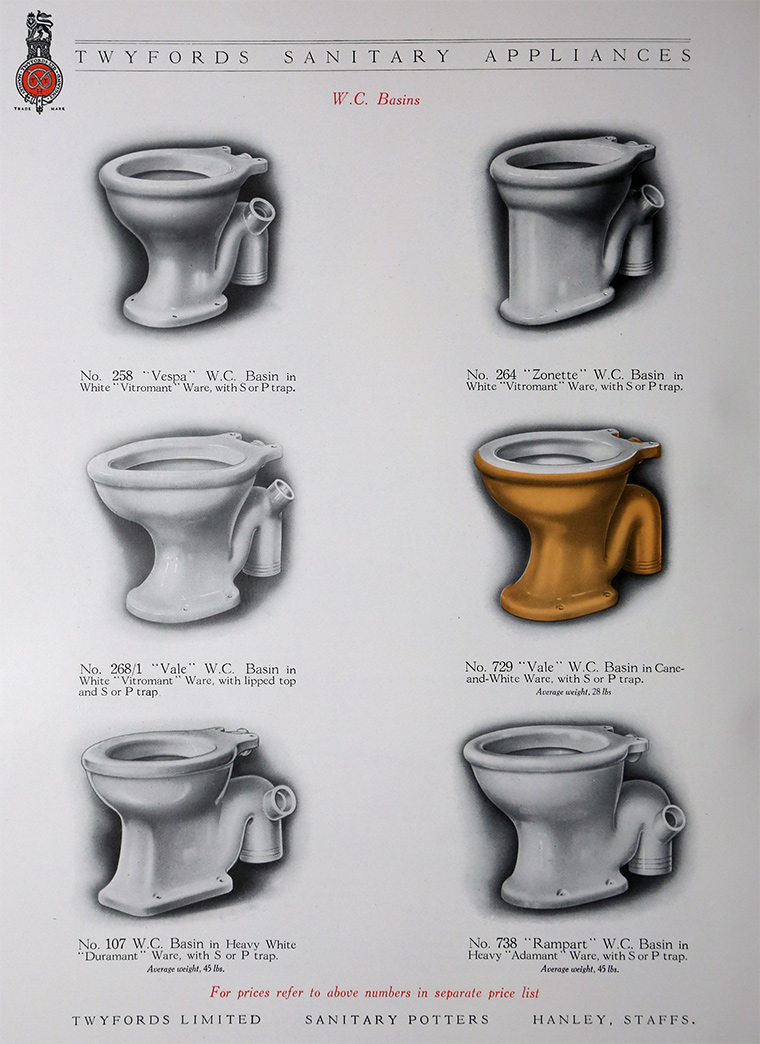 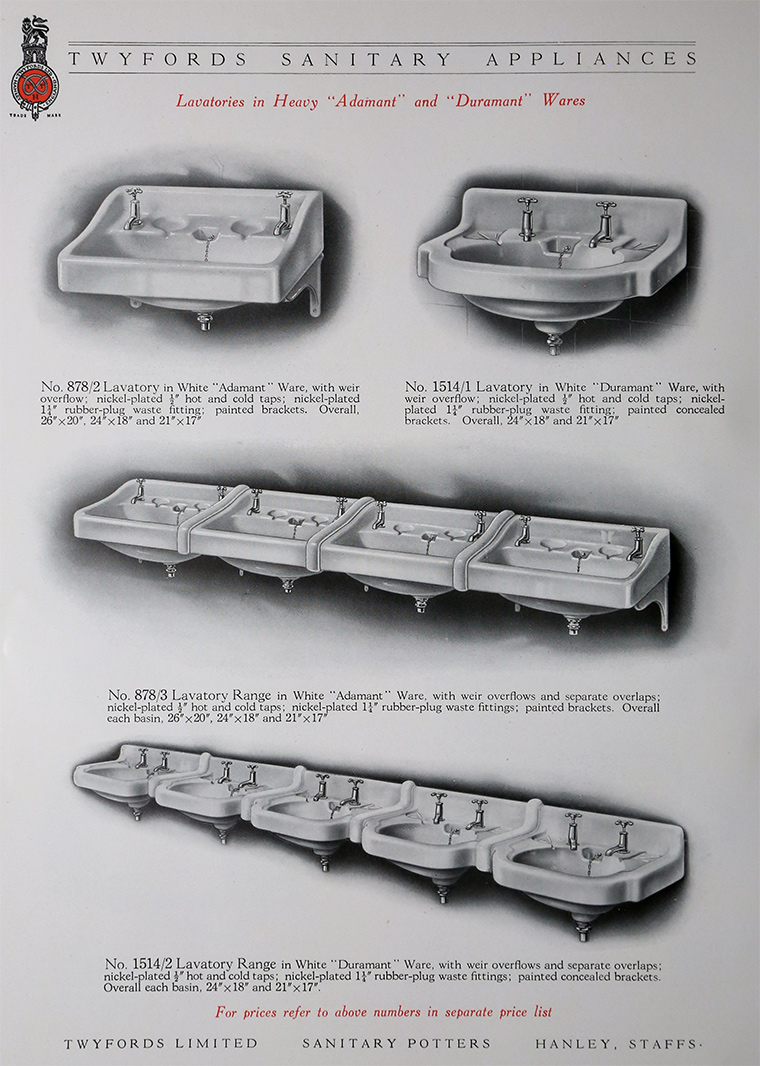 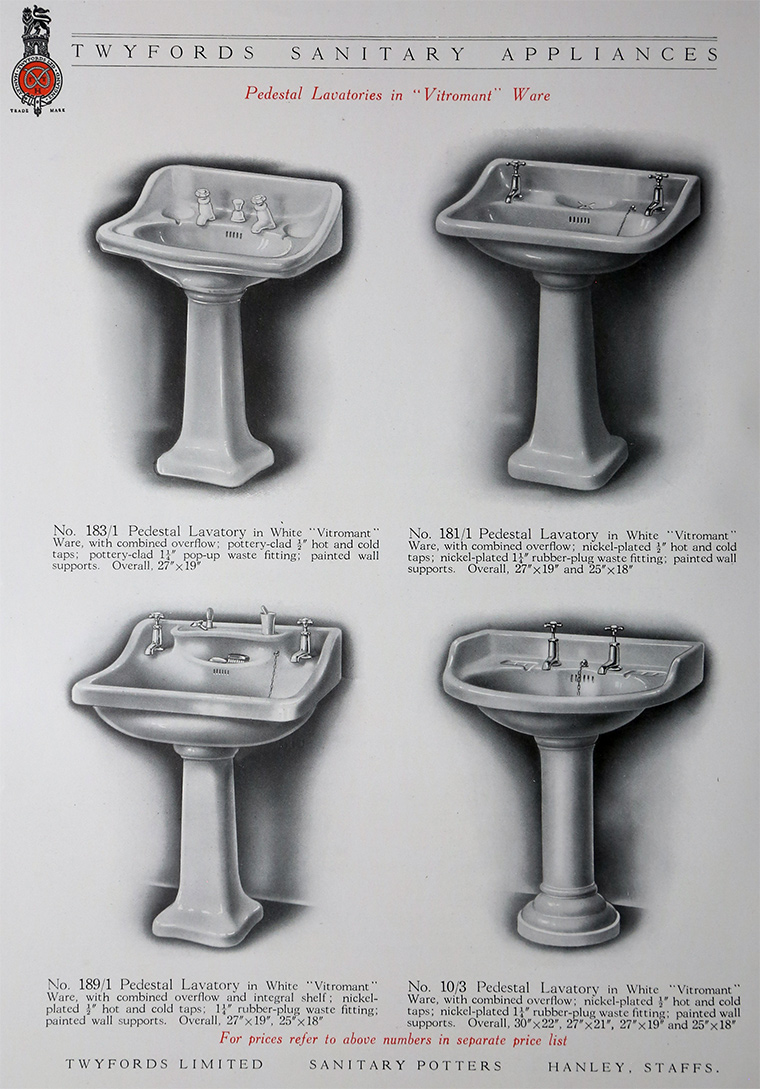 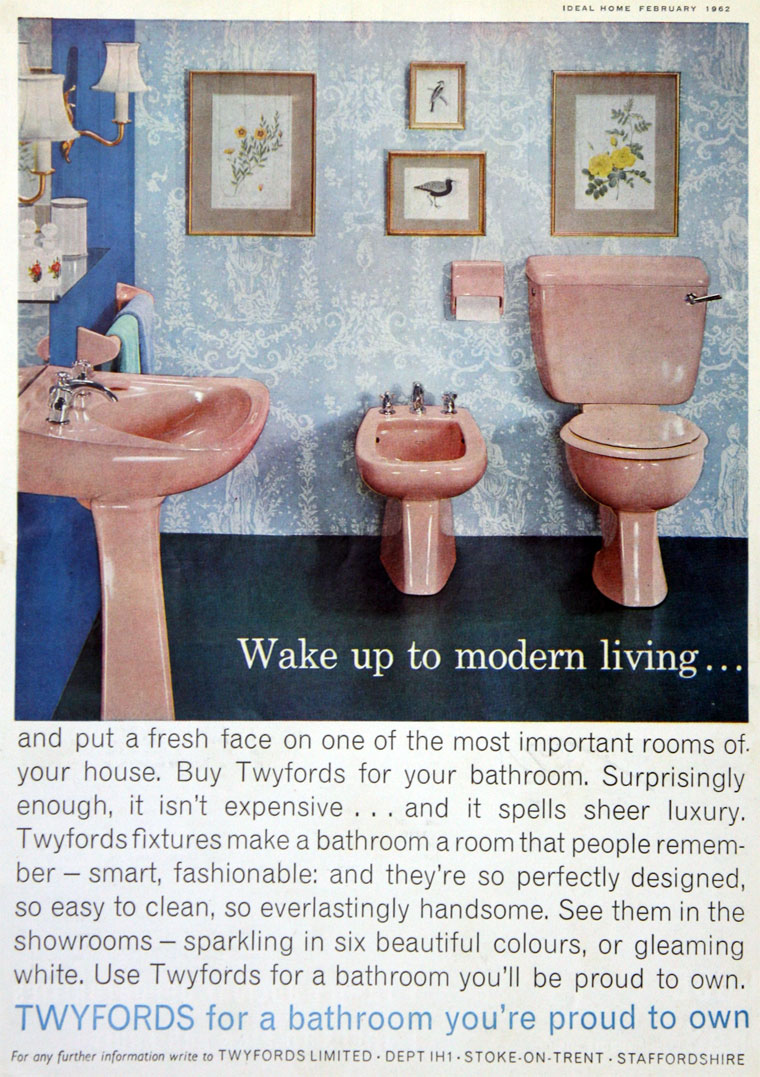 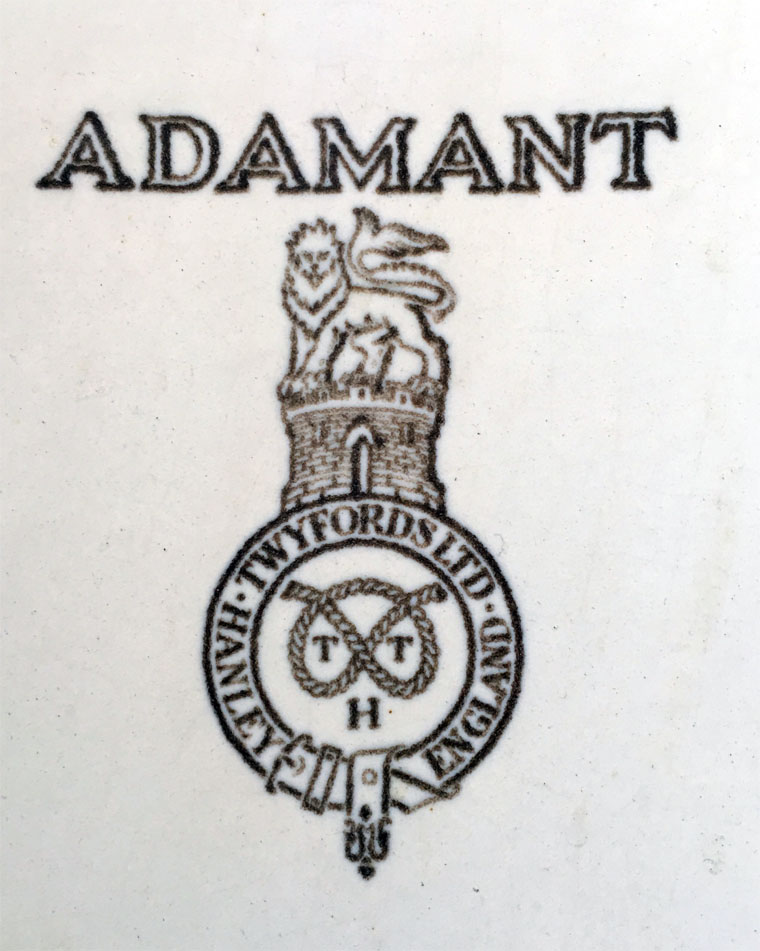 1935. Urinal installed in the Jeppe Street Post Office, Johannesburg, South Africa when the building was constructed in 1935.

1849 Thomas Twyford had established two earthenware factories, the Bath Street works in Hanley and the Abbey works in Bucknall. In 1849 he began the manufacture of sanitary goods at the Bath Street works (including making wash-basins and water closet pans) building up a substantial trade and exporting to markets across Europe and to the United States.

1849 His son Thomas William was born.

1872 Thomas Twyford senior died. At the time of his death he was recognised as a leading pioneer in the application of principles of hygiene to sanitary appliances. His son Thomas William took over the business.

1896 Incorporated as a limited company. Thomas Twyford was chairman.

1903 Opened their first factory abroad, in Ratingen near Dusseldorf, Germany. The factory still exists today and is now part of the Sanitec Group as Keramag.

1921 Thomas William Twyford died. He was recognised as a leading pioneer in the application of principles of hygiene to sanitary appliances. He became known as “The Father of British Bathrooms.”

1956 Twyford’s modern vitreous china factory was established on the outskirts of Stoke on Trent at Alsager and in the 40 years since the first kiln was lit 8 more have been built and the factory expanded many times on its 70 acre site.

1989 Caradon was purchased by MB Group to form MB Caradon.