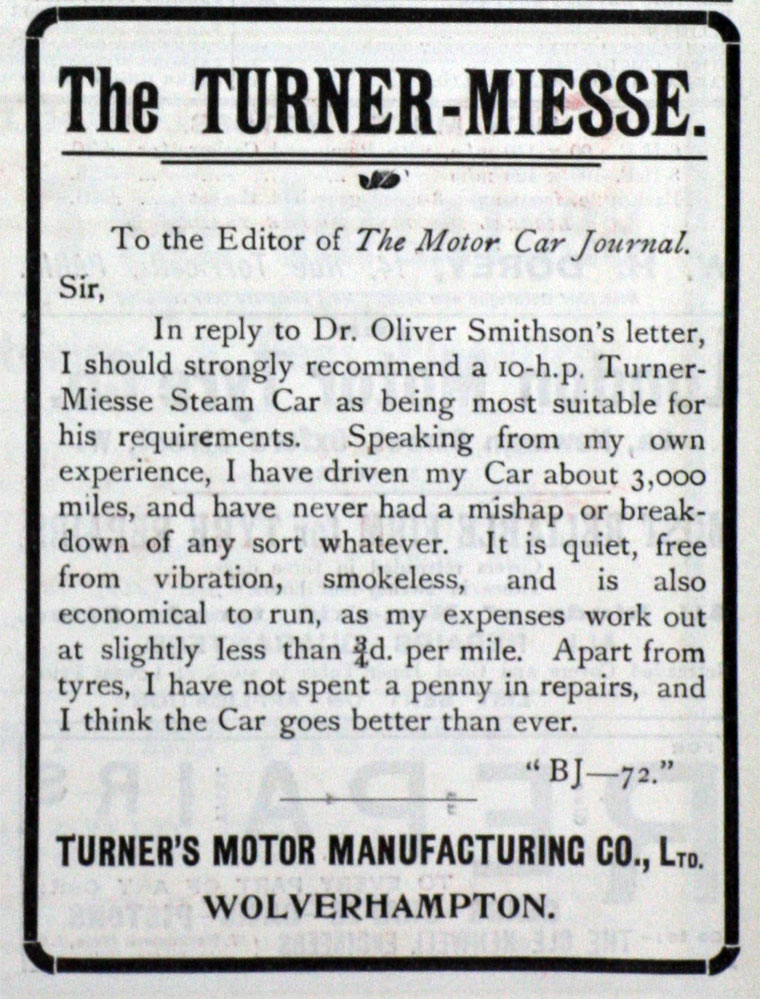 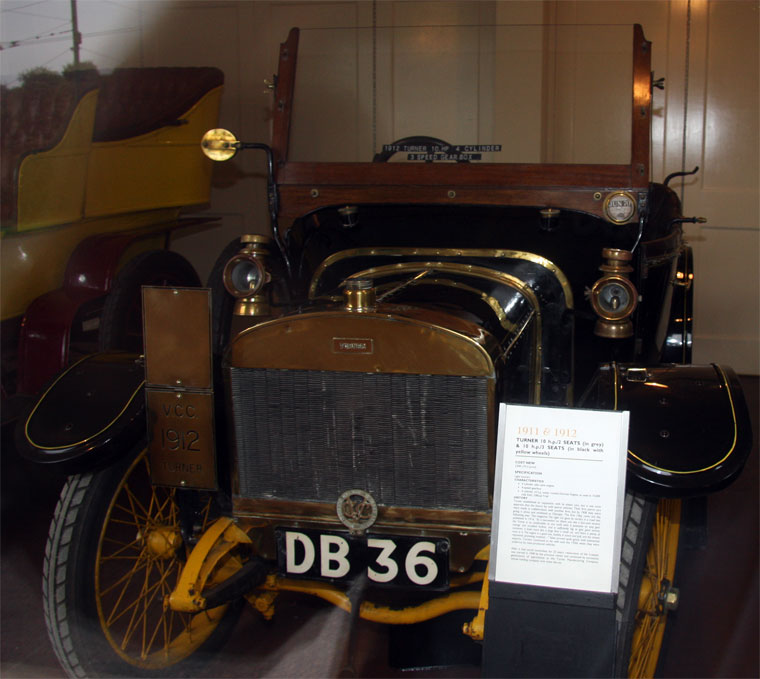 At the start of the 20th century Thomas Turner and Co started manufacturing velocipedes, cycles and cars. Built cars based on the design of J. Miesse of Belgium.

1902 The Turner-Miesse steam cars were initially produced at the company's works in Walsall Street. The car had a three cylinder, single acting engine (steam only admitted above the piston) with a paraffin-fired flash boiler.

1914 Directory lists them as Turner, T., and Co., Lever Street, Wolverhampton and as motor car manufacturers. [10]

1919 Involved with the Varley Woods car with premises at Lichfield Street, Wolverhampton. First models had OHV Dorman engines and later ones a 14 hp Tylor motor.

1924 The Coloniel model with a two-litre Meadows engine introduced

1928 Car production ceased; they concentrated on components, including winches for commercial and military vehicles.