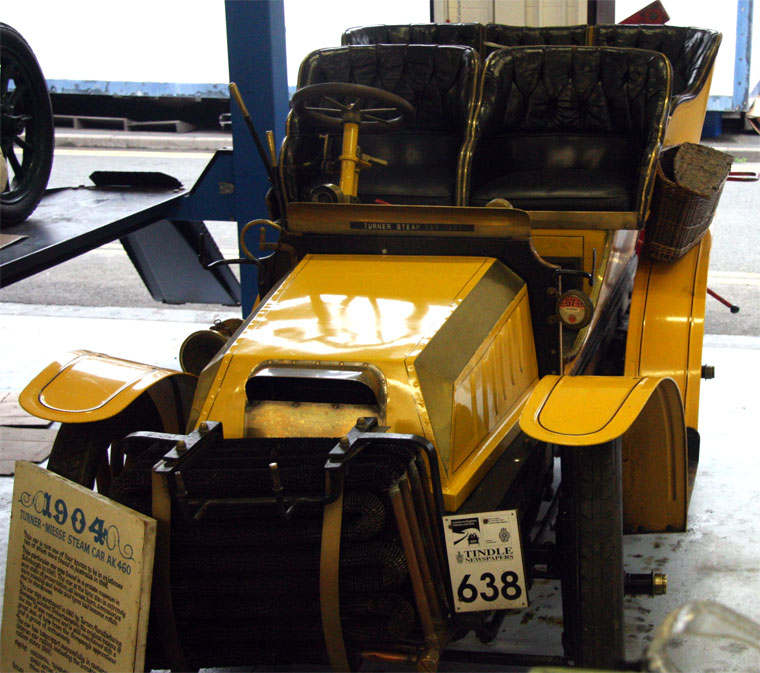 In 1902 the company started production of motor cars; obtained the manufacturing rights of a well established vehicle, the Belgian Miesse steam car from the Brussels based company of J. Miesse. James Burns Dumbell was in charge of this part of the business.

The Turner-Miesse steam cars were initially produced at the company's works in Walsall Street. The car had a three cylinder, single acting engine (steam only admitted above the piston) with a paraffin-fired flash boiler.

1906 Turner's Motor Manufacturing Co. Ltd was formed as a private company to acquire as a going concern the company which manufactured velocipedes and steam cars.

1906 Taylor and Smart, their London agents, were dissolved.