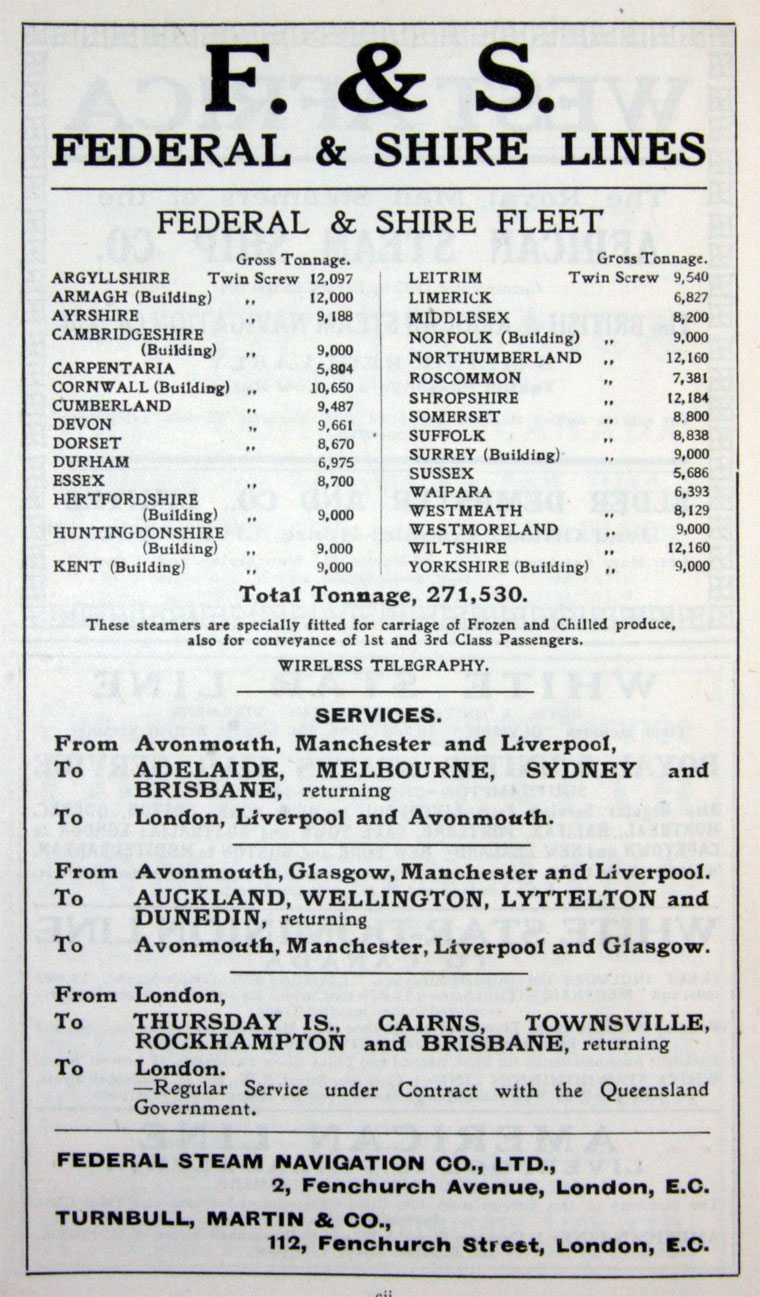 1874 Turnbull, Martin and Co was set up in Glasgow by James Turnbull. He transferred his ship Sandringham into the new company

The first 2 ships built for the company were Ayrshire and Buteshire.

1884 the partners in Turnbull, Martin joined with other Glasgow investors to set up the Elderslie Steam Ship Co Ltd to enter the New Zealand trade, managed by Turnbull and Martin

By 1897 Turnbull and Martin had phased out their 6 tramp steamers and ceased to own vessels directly.

1904 A joint service: Federal-Houlder-Shire Line came into being.

1909 the combined fleet consisted of 7 Shire, 4 Houlder and 11 Federal ships plus 2 ships chartered from British India.

1910 Elderslie was taken over by a new company, Scottish Shire Line Ltd. Cayzer, Irvine and Co Ltd acquired a controlling interest in the new company, the balance of the shares being held by ex-Elderslie shareholders. Turnbull, Martin became the managers.

1912 Federal was taken over by New Zealand Shipping Co. Houlder withdrew from the combined group; the service became Federal & Shire Line, until it was cancelled on the outbreak of WW1.

1917 Cayzer, Irvine and Co purchased Turnbull, Martin and the balance of the shares in Shire.

The company now operated as part of Clan Line

1956 The British and Commonwealth Shipping Co Ltd was formed to combine the Cayzer, Irvine and Union-Castle operations.