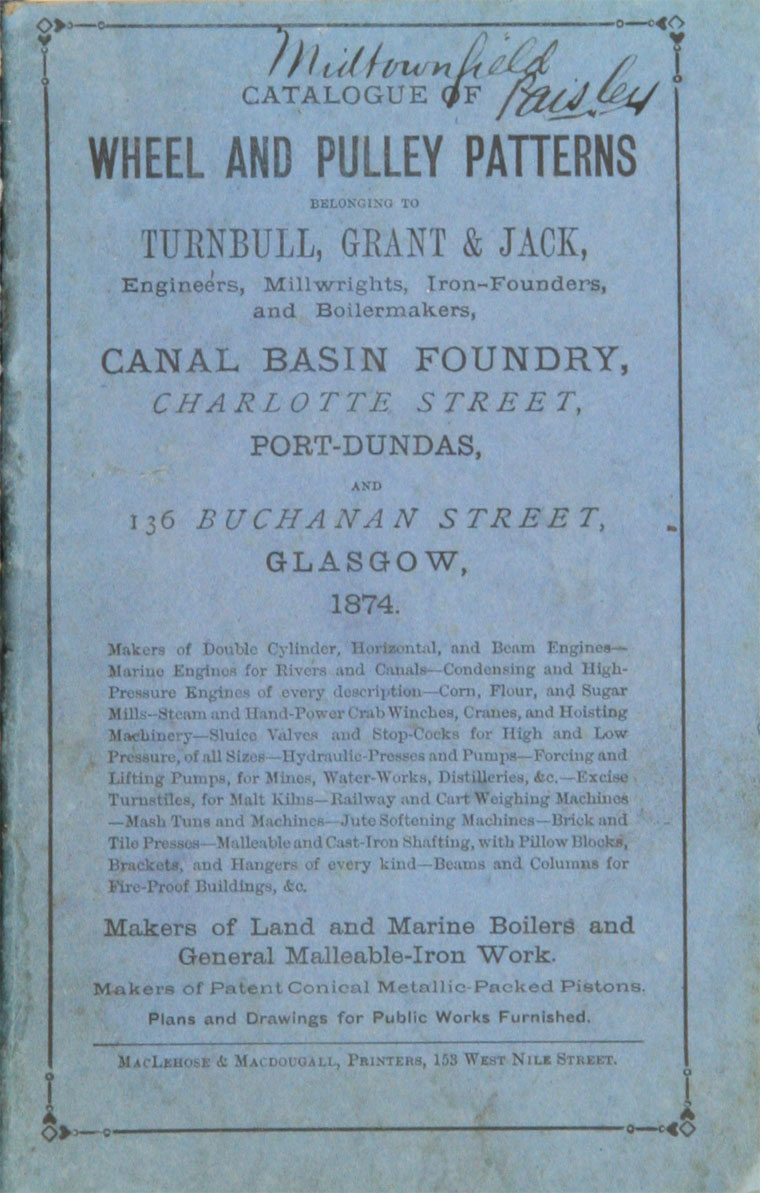 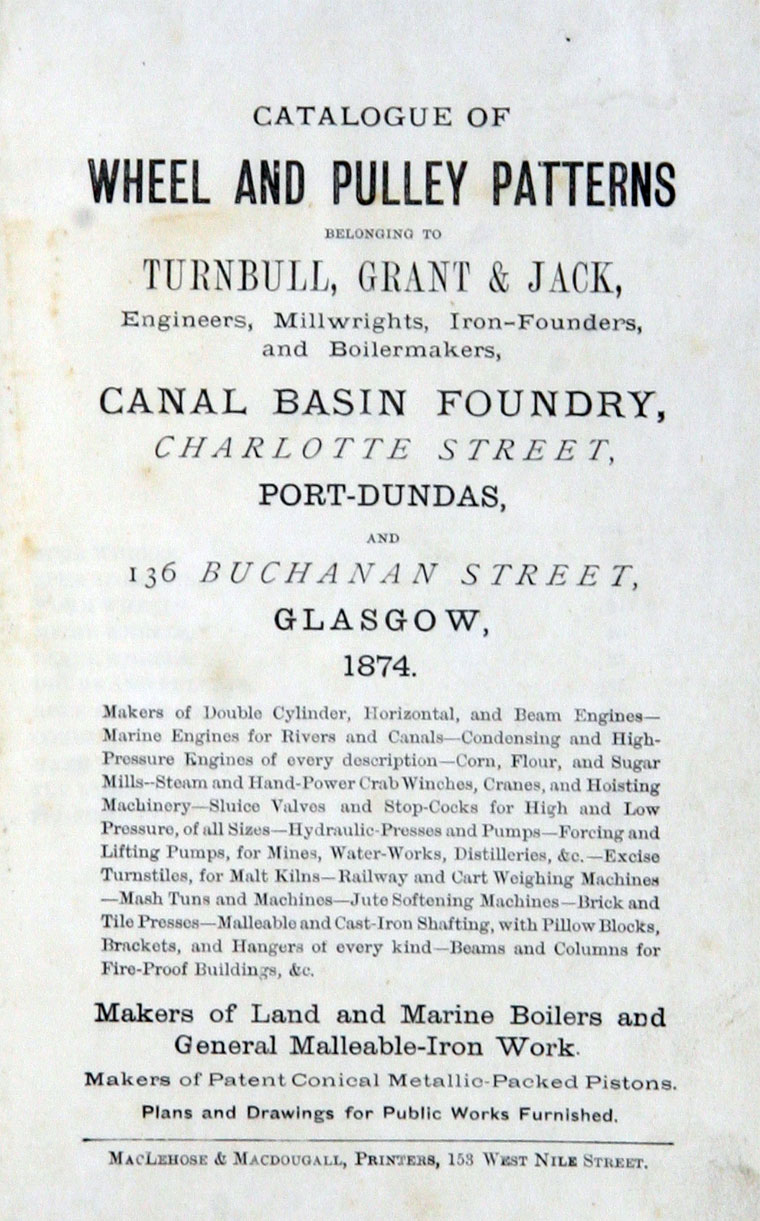 c.1862 John Turnbull was taken into partnership with Messrs. Turnbull, Grant, and Jack of the Canal Basin Foundry.

1878. 'The Business of Turnbull, Grant, and Jack, Engineers, Millwrights, Boiler Makers, and Founders, in Glasgow, has been, since the 13th day of December, 1878, and continues to be, carried on by the Subscribers, as the sole Partners. Glasgow, 23rd September, 1878. John Turnbull. R. R. Grant. Henry Jack.'[2]

1877 John Turnbull, Junior set up his own consulting business.

1880 John Turnbull retires and the business is continued by Richard Robb Grant and Henry Jack.[3]

By 1889 had been succeeded by Turnbull, Grant and Co