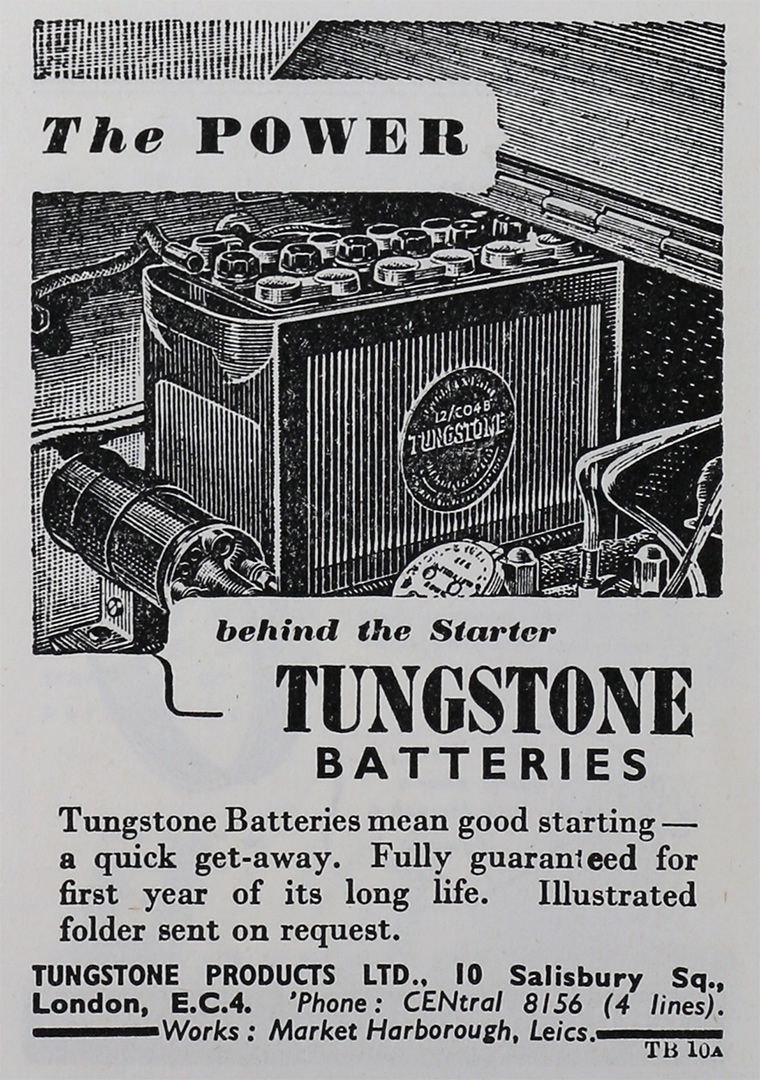 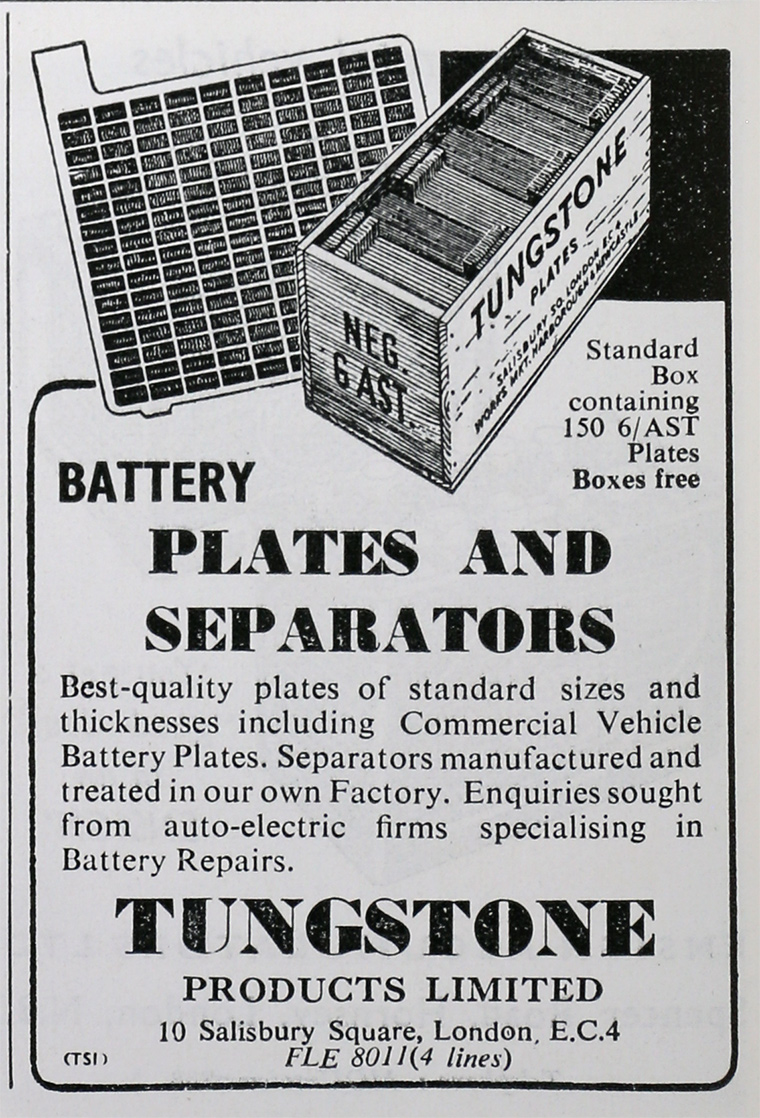 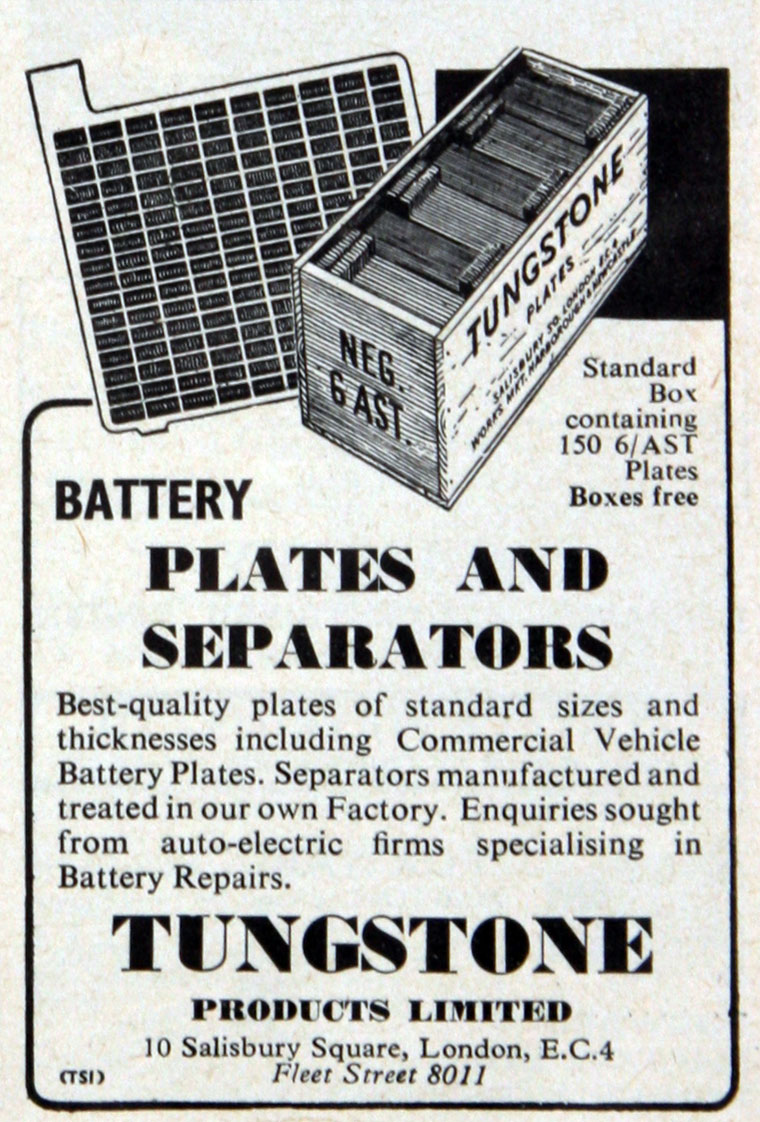 Pre-WWI Walter Haddon discovered a material he called "Tungstone", which was described as the "next hardest thing to metal", which he used for making the frames and furniture for the standardised type which his firm, John Haddon and Co supplied to the printing trade.

1925 The Tungstone Accumulator Company, of 3, St. Bride's House, Salisbury-square, London EC introduced a new design of accumulator, using plates made from pure lead (rather than a lead-antimony alloy) and replacing the wood widely used for spacers by a more durable material (presumably Tungstone)[1]