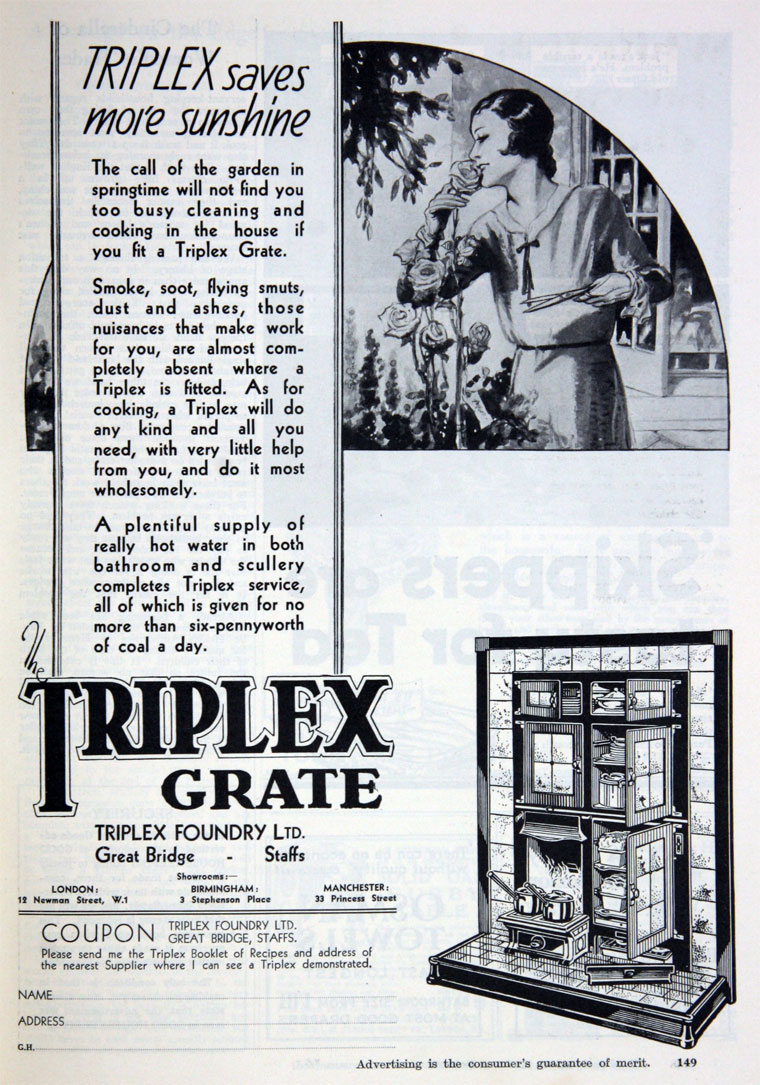 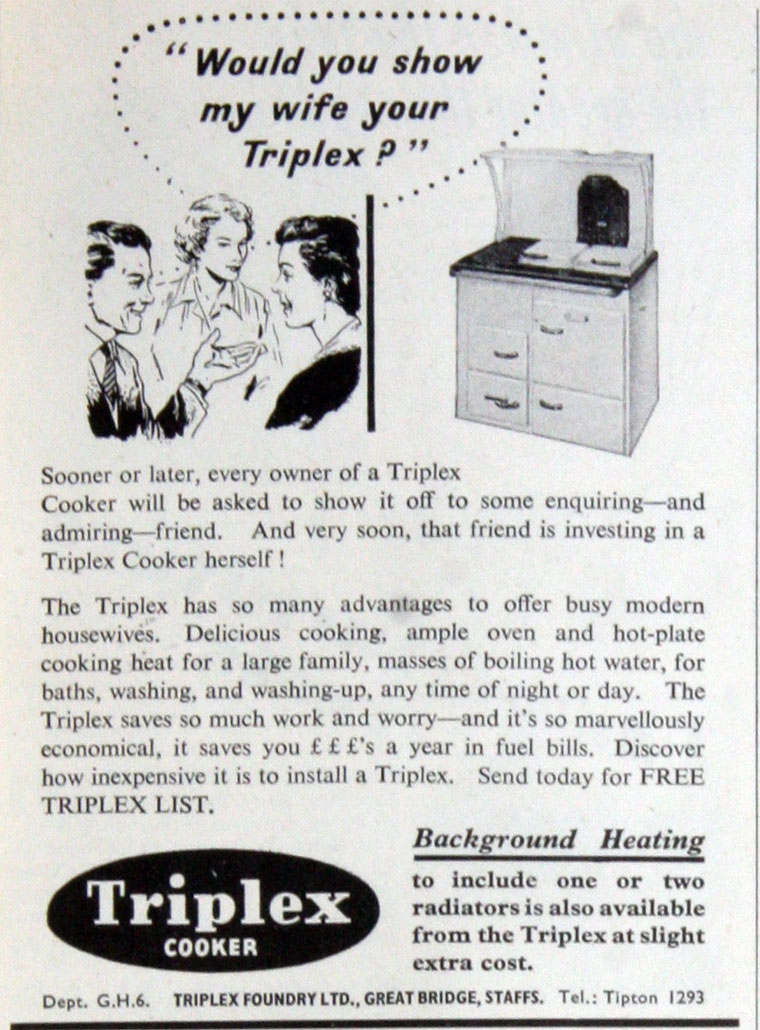 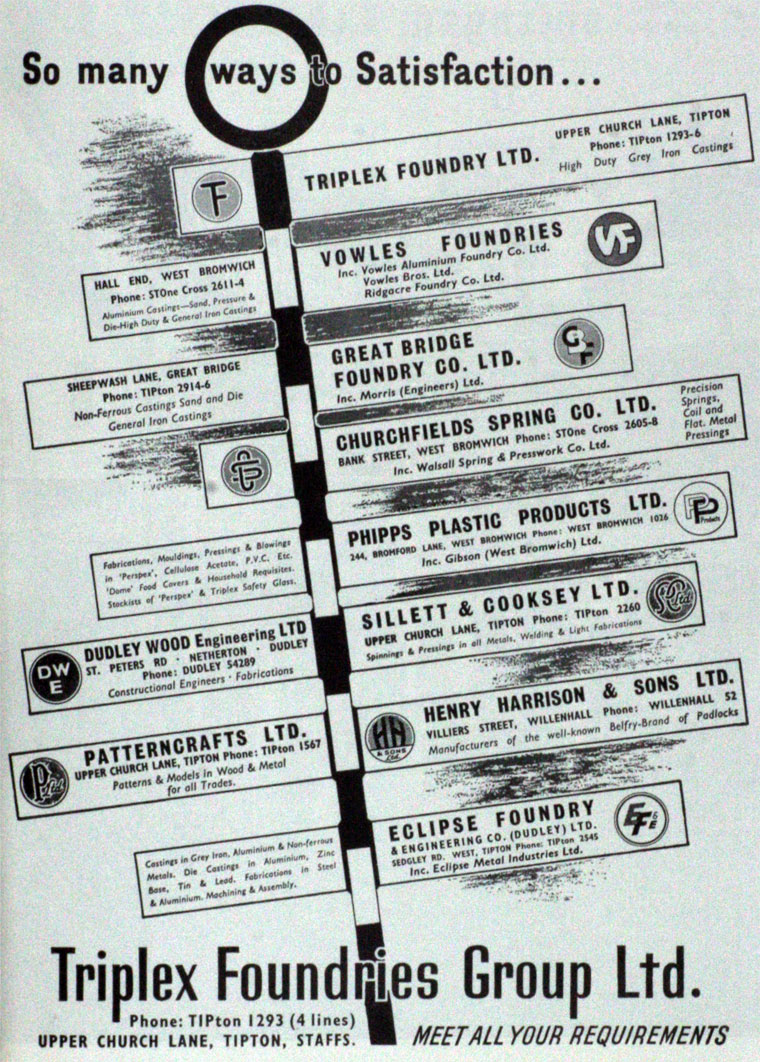 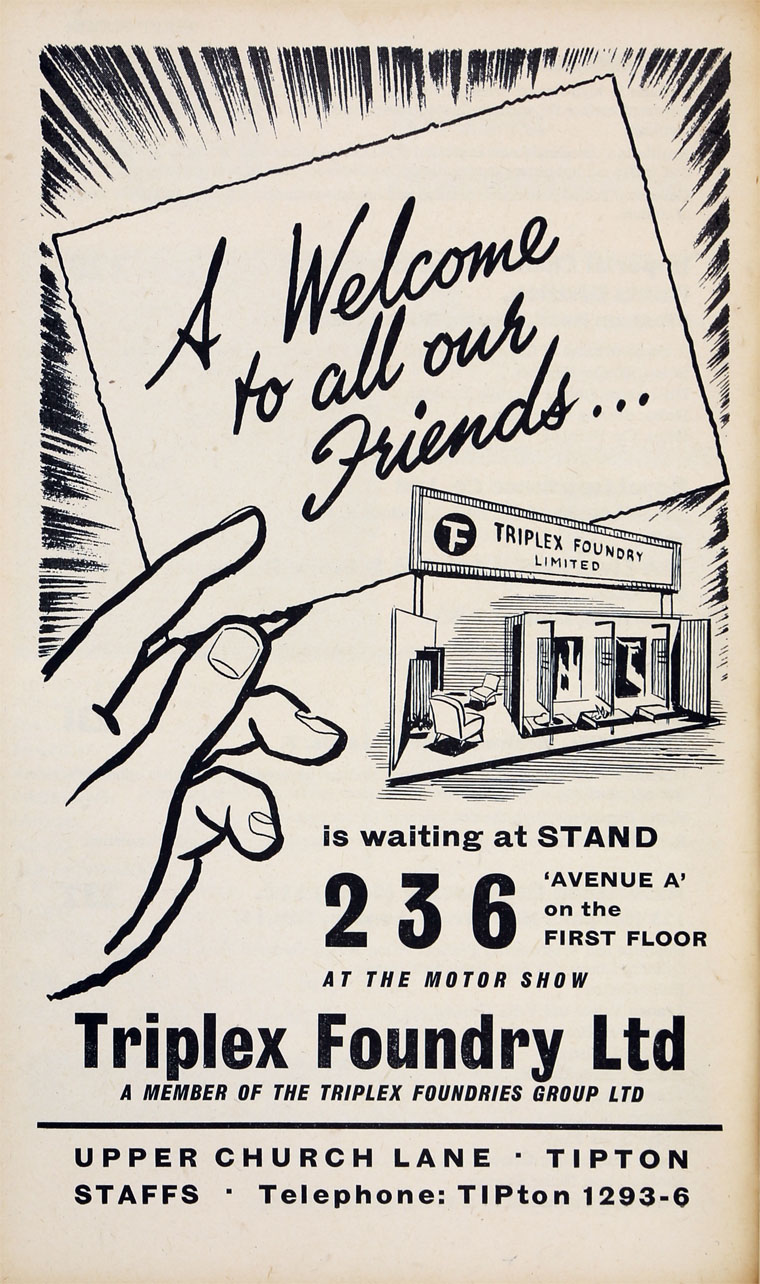 Acquired land at Great Bridge, Tipton where they built a new factory

1936 Public company incorporated, makers of Triplex grates and cooking ranges. Charles Horrell and Herbert Edward Hind were joint managing directors; Horrell was also chairman; his son John William Horrell was also a member of the board.

1956 Acquired Sillett and Cooksey of West Bromwich, specialists in metal spinning and light metal fabrication. Acquired the Great Bridge Foundry Group and the stock, patterns and trade-marks for gas cookers of R. Russell and Co[3]