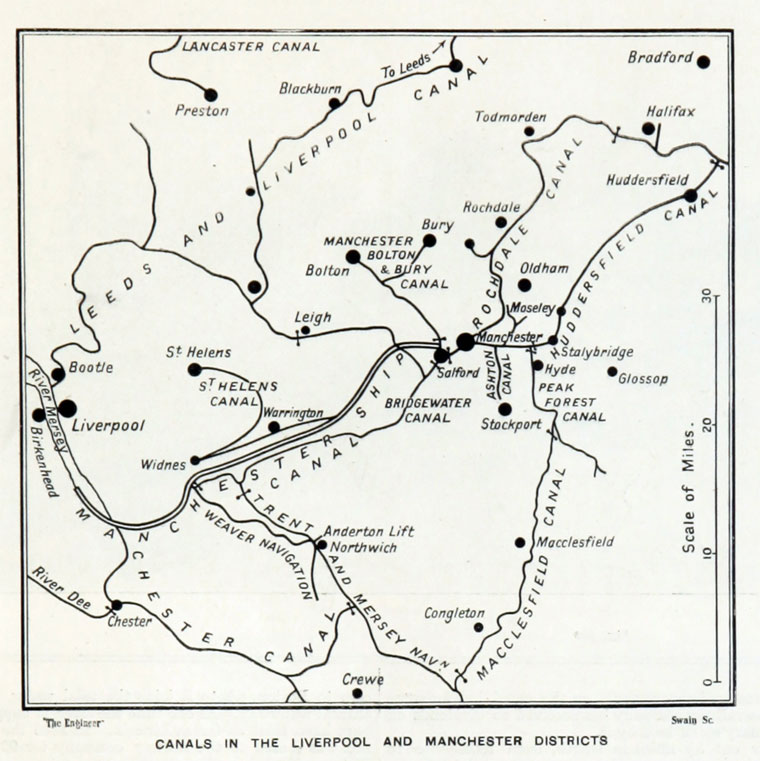 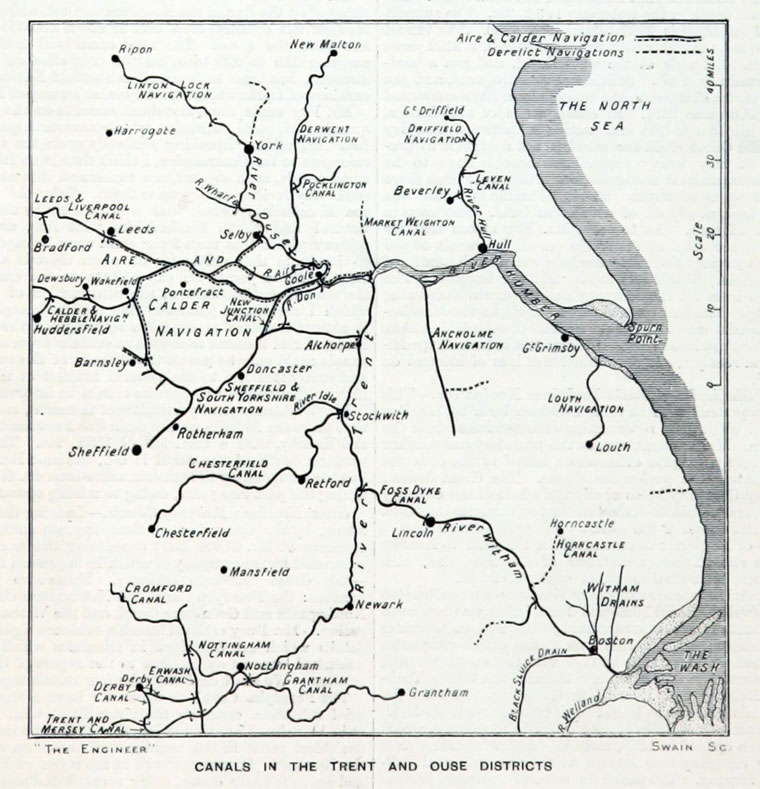 1961. Junction with the Staffordshire and Worcestershire Canal 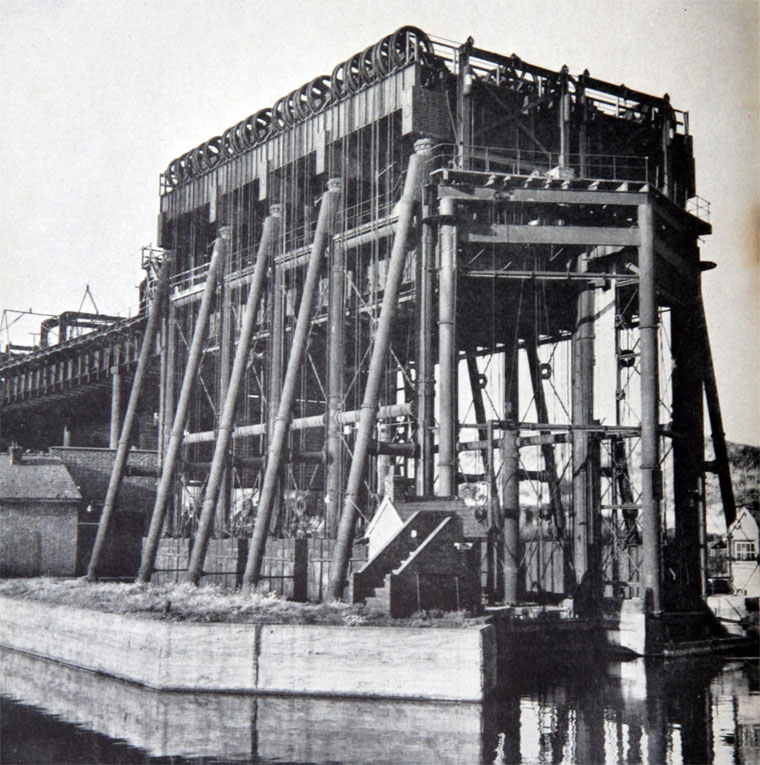 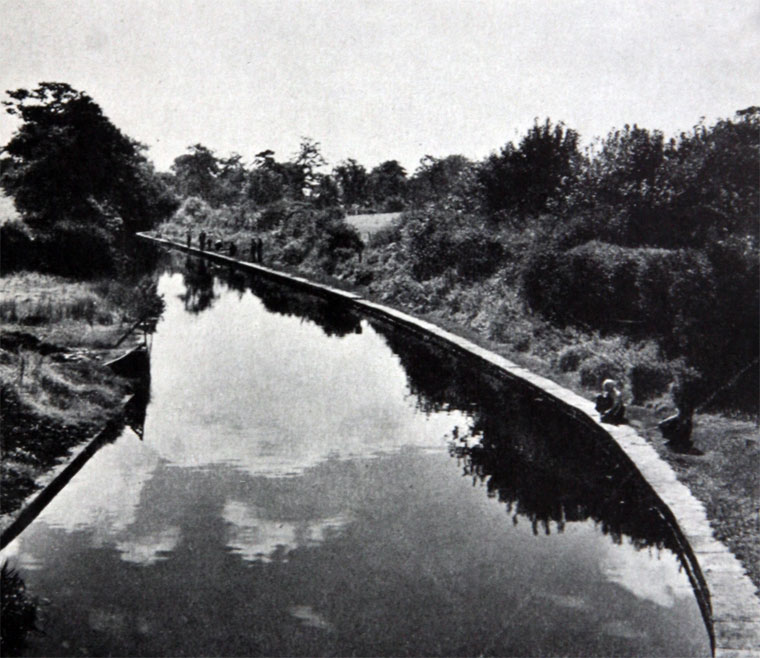 Linked to the River Trent Navigation. The Trent and Mersey Canal is a 93.5-mile-long canal (150.5 km) in the East Midlands, West Midlands, and North West of England. It is a "narrow canal" for the vast majority of its length, but at the extremities.

The Trent and Mersey Canal was authorised by Act of Parliament in 1766, and construction from Shardlow to Preston Brook, where it joined the Bridgewater Canal, was completed by 1777. The canal ran parallel to the upper river to Burton on Trent, where new wharfs and warehouses at Horninglow served the town. It was surveyed and mostly constructed by James Brindley, until his death in 1772.

In 1761, Josiah Wedgwood showed an interest in the construction of a canal through Stoke on Trent, the location of his Wedgwood pottery, as his business depended on the safe and smooth transport of his pots. By road, pots were liable to be damaged and broken. A canal near to his factory would provide fast and safe transport for his wares. Wedgwood’s plan was not to connect the two rivers by canal, but to connect the potteries to the River Mersey, and thereafter the port at Ellesmere.

The first sod was cut by Josiah Wedgwood in July 1766 at Middleport and in 1777, the canal was completed, including more than 70 locks and five tunnels, with the company headquarters in Stone.

The Grand Trunk, as this portion was known, was a part of a larger scheme of Brindley's to link the four main rivers of England (Trent, Mersey, Severn and Thames) in a project known as the "Grand Cross". The Trent and Mersey Canal provided the northern arm of the cross (to the Mersey), and the eastern arm (to the Trent). It also provided the central "hub" of the cross, between Great Haywood, and Fradley Junctions. The western arm, to the Severn, was built as the Staffordshire and Worcestershire Canal, whilst the southern arm (to the Thames) traversed the Coventry and Oxford Canals.[1]

Brindley describes his survey as thus; The entire waterway from the level of the Mersey to the summit at Harecastel rises 395 ft. The fall from the same summit to the Trent is 288 ft 8 in. There are 35 locks on the northern, and 40 on the southern section, using Harecastle as the apex. The width of the waterway is 28 ft at the top and 16 feet at the bottom with a depth of 5 ft 6 in throughout. [2]

On the Cheshire stretch of the canal, between Middlewich and the Northern end of the canal in Preston Brook Tunnel, is the Victorian Anderton Boat Lift, which lowers boats fifty feet from the Trent and Mersey to the River Weaver. It was restored to full operation in 2002 after twenty years of disuse, and was then the only operational boat-lift in the United Kingdom until the construction of the Falkirk Wheel in Scotland.

Another major feature is the Harecastle Tunnel, near Kidsgrove in the city of Stoke-on-Trent, north Staffordshire. There are actually two tunnels. The first tunnel, built by Brindley, was 2880 yards (2633 m) long, and barges were 'legged' through by men lying on their backs and pushing against the roof with their feet. This was a physically demanding and slow process and created major delays, so leading civil engineer Thomas Telford was commissioned to provide a second, and wider, parallel tunnel with a towpath. This 2926 yard (2676 m) long tunnel was opened in 1827. In the 1900s, the Brindley tunnel was closed due to severe subsidence, but the Telford Tunnel - although also prone to the same problems - remains in use, and is the fourth-longest navigable canal tunnel in the UK.

Lord Paget; who funded the extention of an existing waterway, building locks at King's Mills and Burton Mills, leased the navigation and the wharf at Burton to George Hayne. The wharf and warehouses at Wilden were leased by Leonard Fosbrooke, who held the ferry rights and was a business partner of Hayne. The two men refused to allow any cargo to be landed which was not carried in their own boats, and so created a monopoly and ill feeling among local tradesmen.

The Burton Boat Co were unable to repair the damaged reputation of the river created by Hayne and Fosbrooke and eventually in 1805, they reached an agreement with Henshall and Co, the leading canal carriers, for the closure of the river above Wilden. [3]