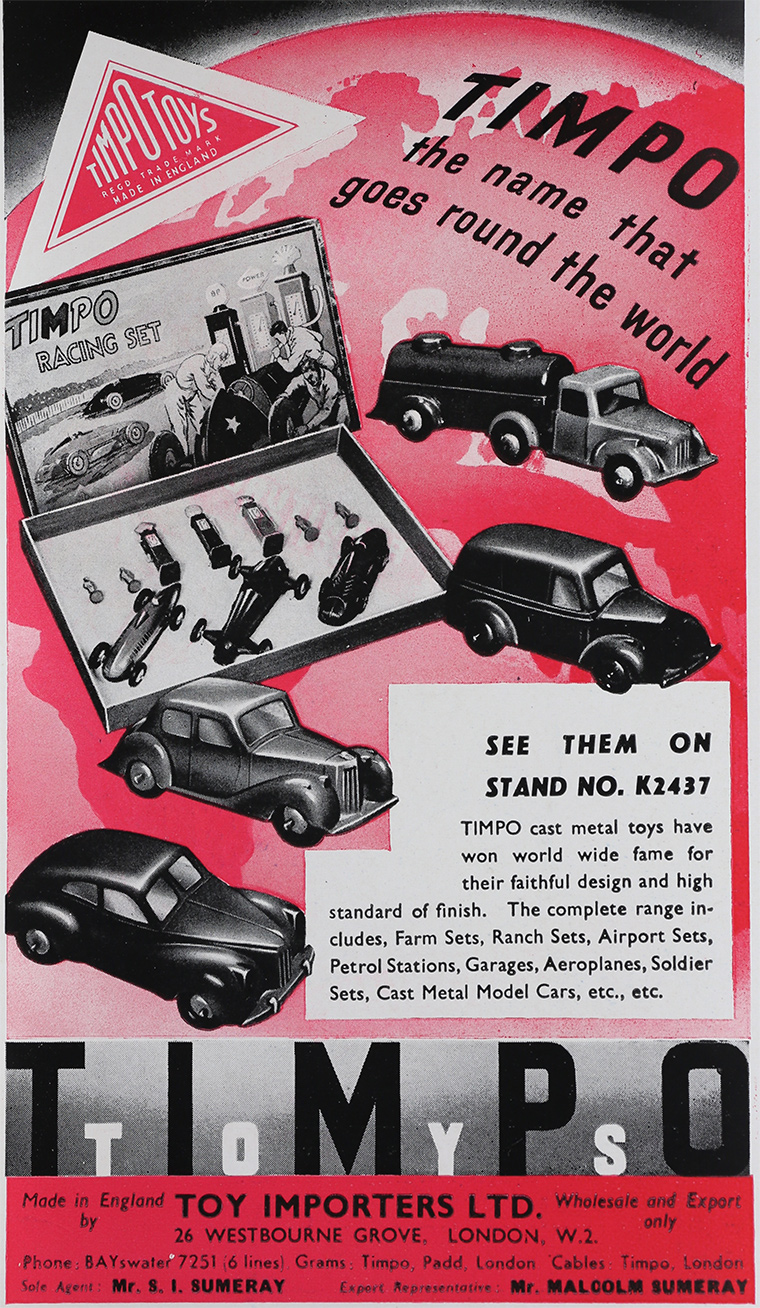 1907 Ally Gee, born Salomon "Sally" Gawrylovitz (1907-2000), the founder of Timpo Toys, was born in Frankfurt, Germany. His occupation was as a commercial agent for toys and he was a well-known footballer.

1938 Ally Gee created the company Toy Importers and by taking the initial letters of T from toy and impo from Importers created the Timpo trademark.

Post-WWII. In the post-war years, car and aeroplane models as well as animal, civilian and military figures were manufactured in the standard size of 54mm. Metal molded cowboys, Indians, animals, GIs and British soldiers were also produced. I

1954 Instead of metal, plastic was used for figure production.

In 1980, the company went bankrupt and the remaining products went to English junk shops.

In 1981, Toyway was formed. It bought the Timpo company and sold off enormous plastic containers of products in the following years.