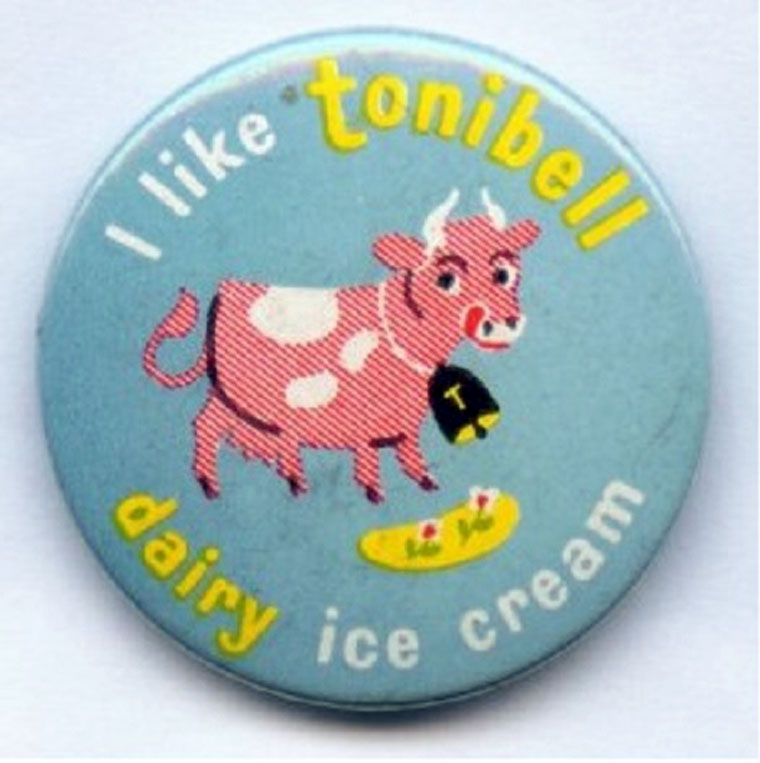 1961 Share offer. '...ordinary shares of Tonibell Manufacturing. Tonibell, which has been built up almost from scratch in 11 years by Mr R. A. Peters, manufactures ice cream in bulk and distributes it through a number of companies of which it retains voting control, but from which it draws no profits At present its sales network covers only 10% of what is said to be an expanding market. Tonibell however, is now extending its field of operations to the Midlands and to the south coast land It in time decide to make and Market frozen foods as well as Ice Cream...'[1]

1962 Advertisement 'As far back as 1939, in the last Paris International Competition, Tonibell won the Silver Cup of Honour.'[2]

1964 Takeover Bid. 'The British-American Tobacco Company - world's largest cigarette makers with factories in fifty countries — last night made a surprise £2,750,000 take-over bid for Tonibell ice-cream....Ronald Peters, his family and other directors, who own more than two-thirds of the shares. The Tonibell business, with several hundred "chime" vans, was built up by Italian-born Mr. Peters, 38, from a small ice-cream shop opened in 1948.'[3]