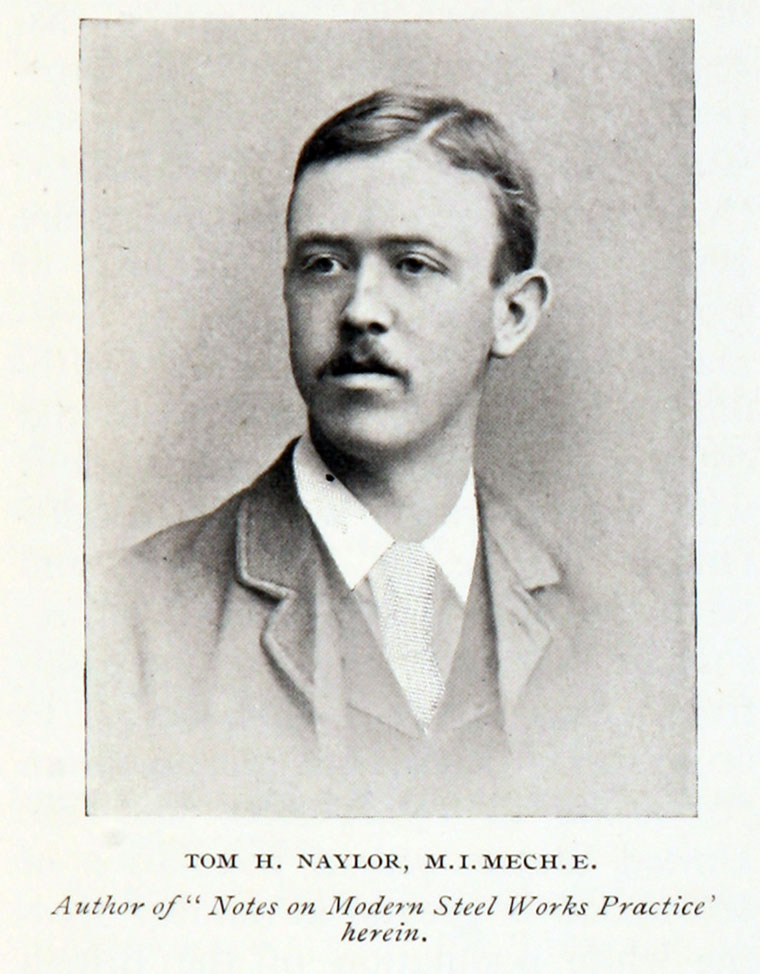 1899 Writer of "Notes on Modern Steel Works Practice" in The Engineering Times.

TOM HYDE NAYLOR, who was actively engaged on the design and installation of coke oven plant for many years, was born in 1864 and served his apprenticeship from 1877 to 1883 with Messrs. Bolckow, Vaughan and Company, Ltd., at Witton Park Iron Works. He was then transferred to the drawing office at the firm's headquarters at Middlesbrough, and in 1894 was appointed head draughtsman.

During the next three years his work was chiefly concerned with designs for blast furnace plant and Bessemer steel plant. Subsequently Mr. Naylor was made chief engineer to the firm, and held this position until 1900. He then joined Sir B. Samuelson and Company, as chief engineer at the firm's Newport ironworks, where he carried out various improvements to the coke oven plant. Later he was appointed to a similar position with the Otto Hilgenstock Coke Oven By-Product Company, Ltd., and he designed and installed a large number of important coke oven plants both in this country and in Germany. The firm was eventually amalgamated with Messrs. Simon Carves and Company, Ltd., of Cheadle Heath, Manchester, to which district Mr. Naylor was transferred; he remained with the firm until 1935, when he retired.

His death occurred at Timperley, Cheshire, on 1st July 1937. He had been a Member of the Institution since 1898.