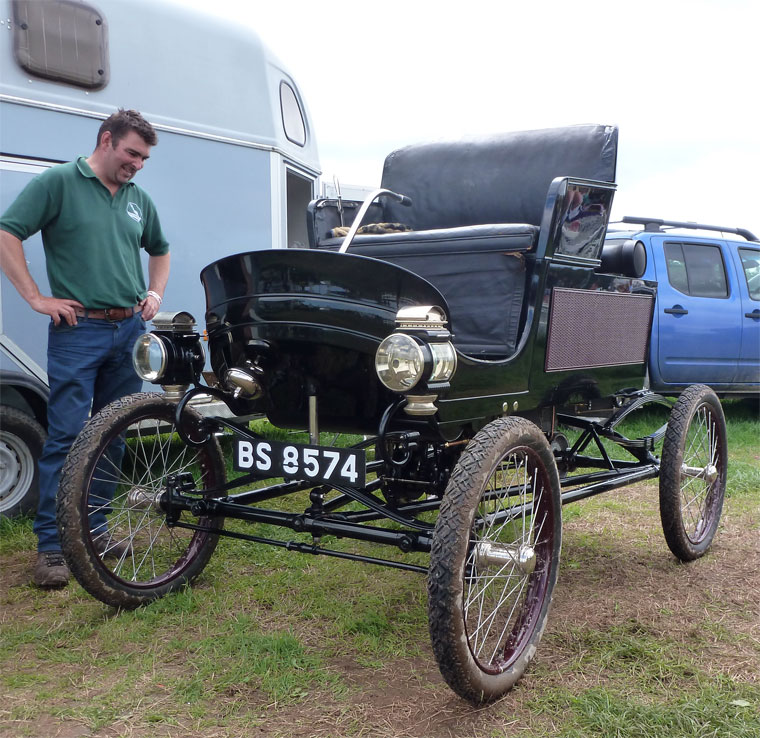 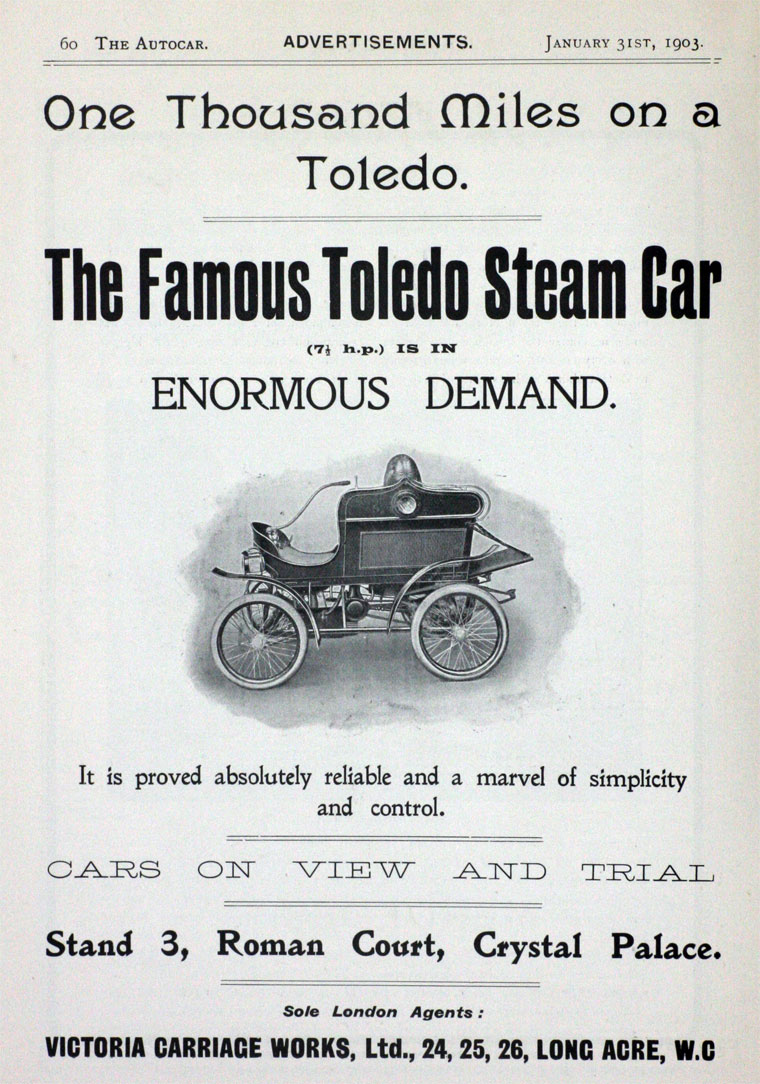 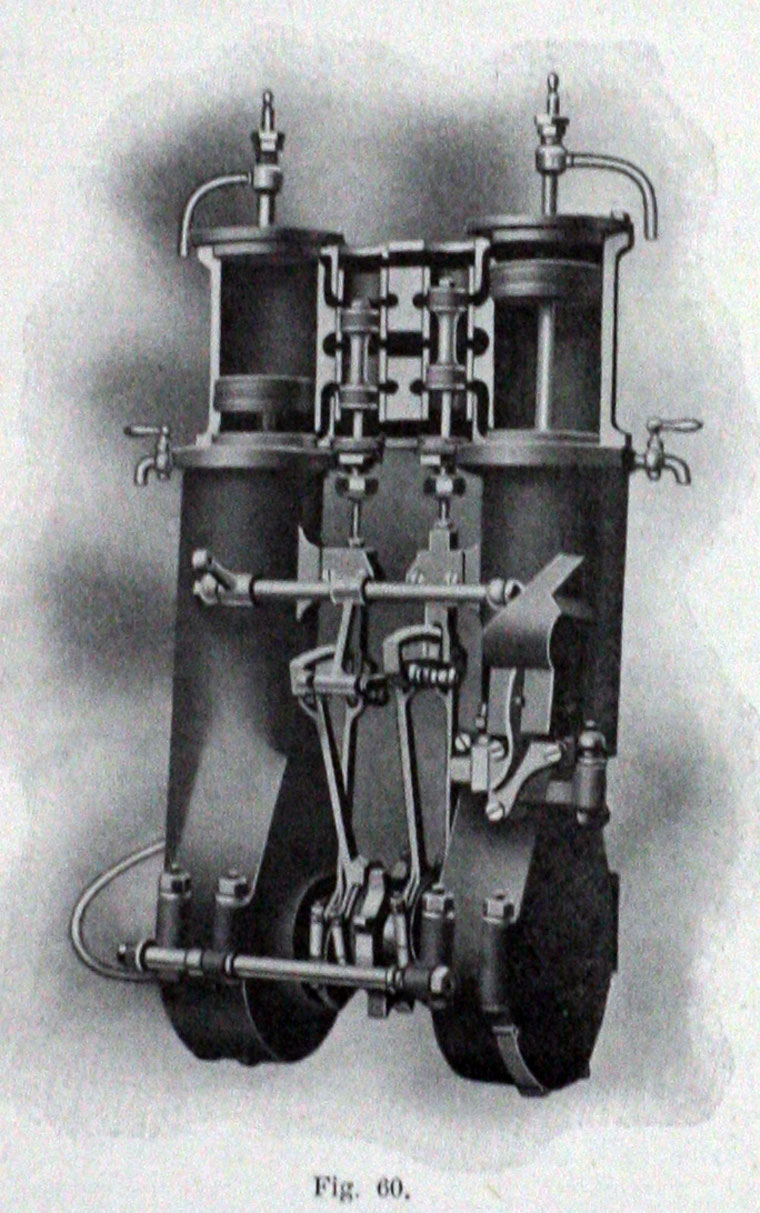 In 1900 the American Bicycle Co. of Toledo Ohio, created a 6.5hp ‘Toledo’ Steam Carriage (a description from the Horseless Age, December 1900). The Toledo Steam Carriage was a very well-made, high-quality machine and is considered one of the best steam cars produced at the time. In September 1901 two Toledo steamers, one model B (a model A machine 1,000 to 2,000 pounds but with the foul-weather gear designating it as a model B) and one class E (public delivery vehicle), were entered by the American Bicycle Co. into the New York to Buffalo Endurance Contest of mid-September 1901. There were 36 cars in class B and three in class E; the class B Toledo won the Grosse Point race. Steam carriage production ceased in 1903 and the Company concentrated on gasoline-driven models under the name Pope-Toledo.

1904 Toledo was represented in Britain by Shippey Brothers