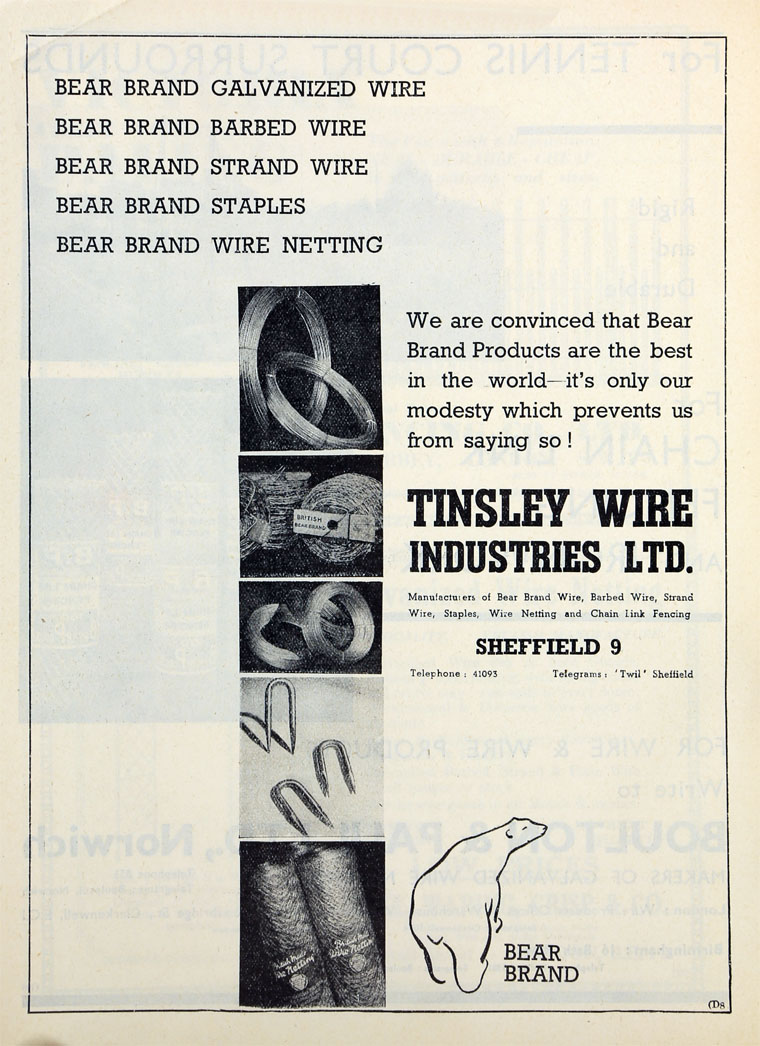 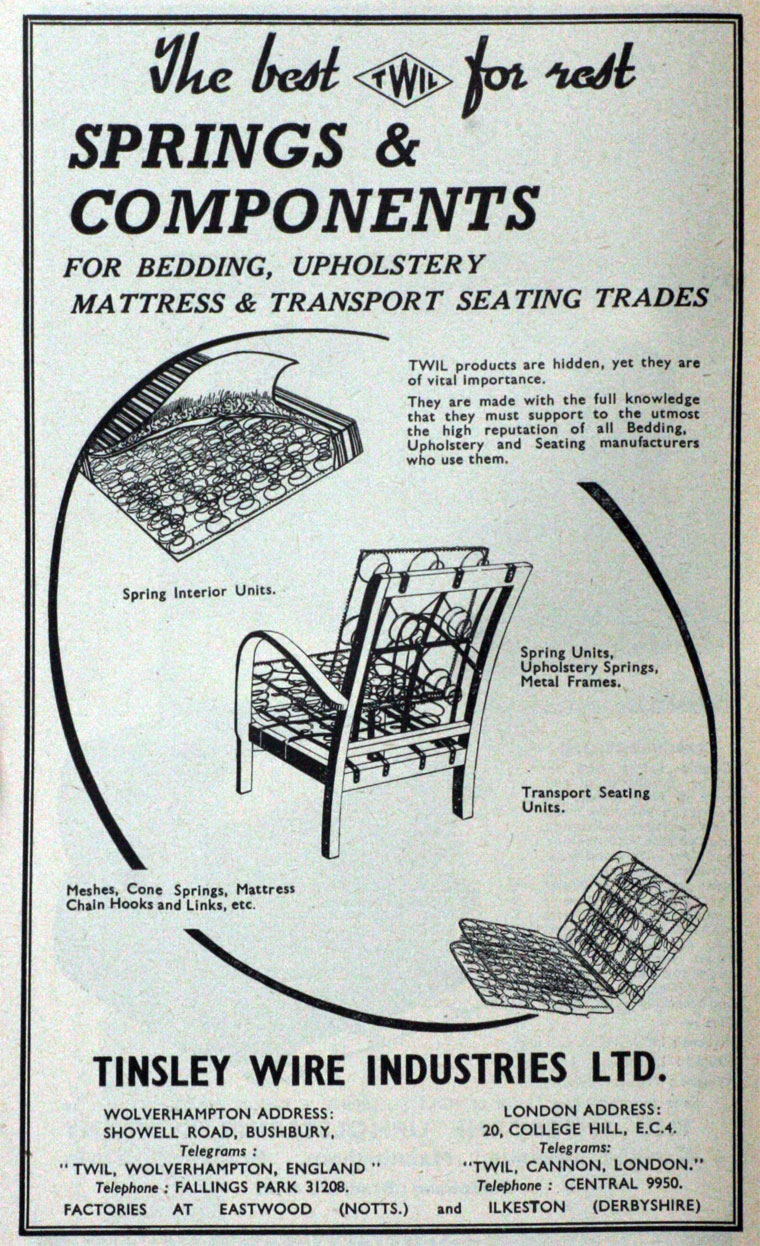 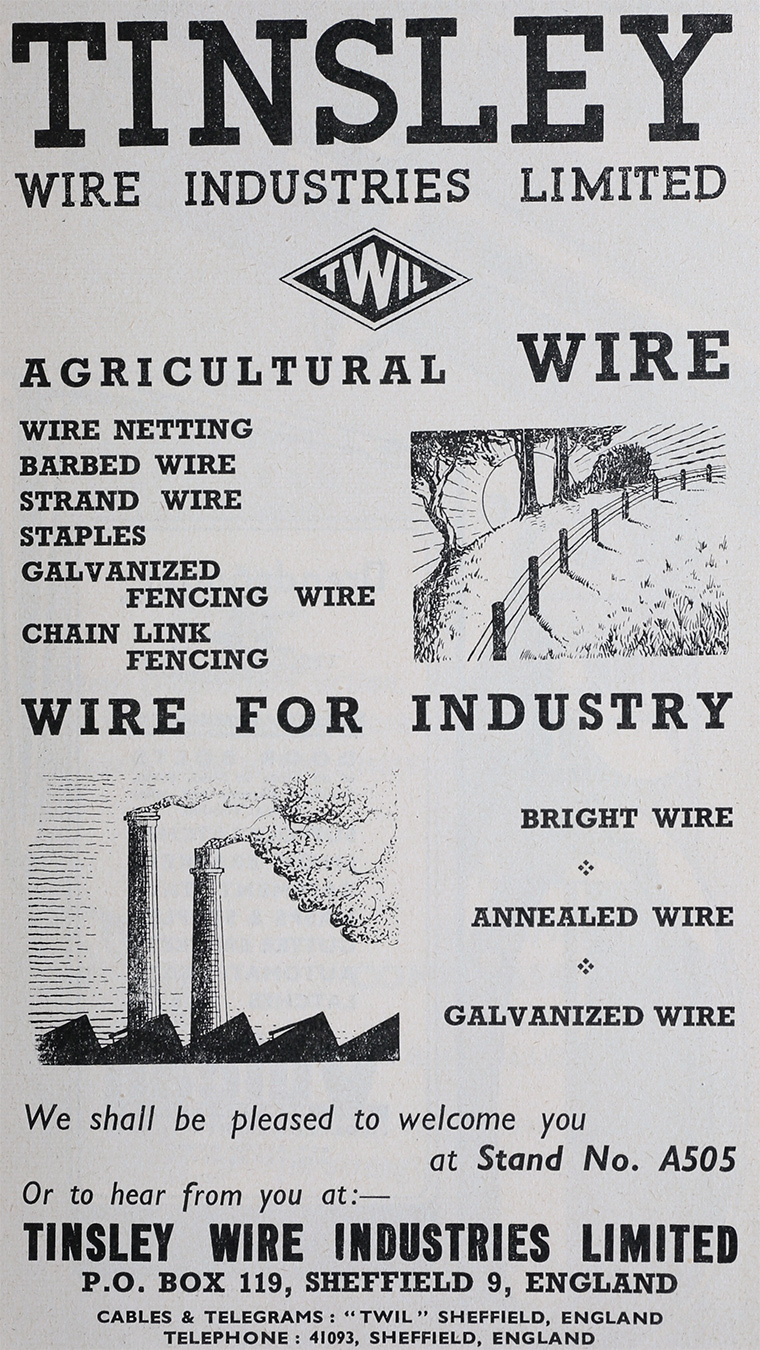 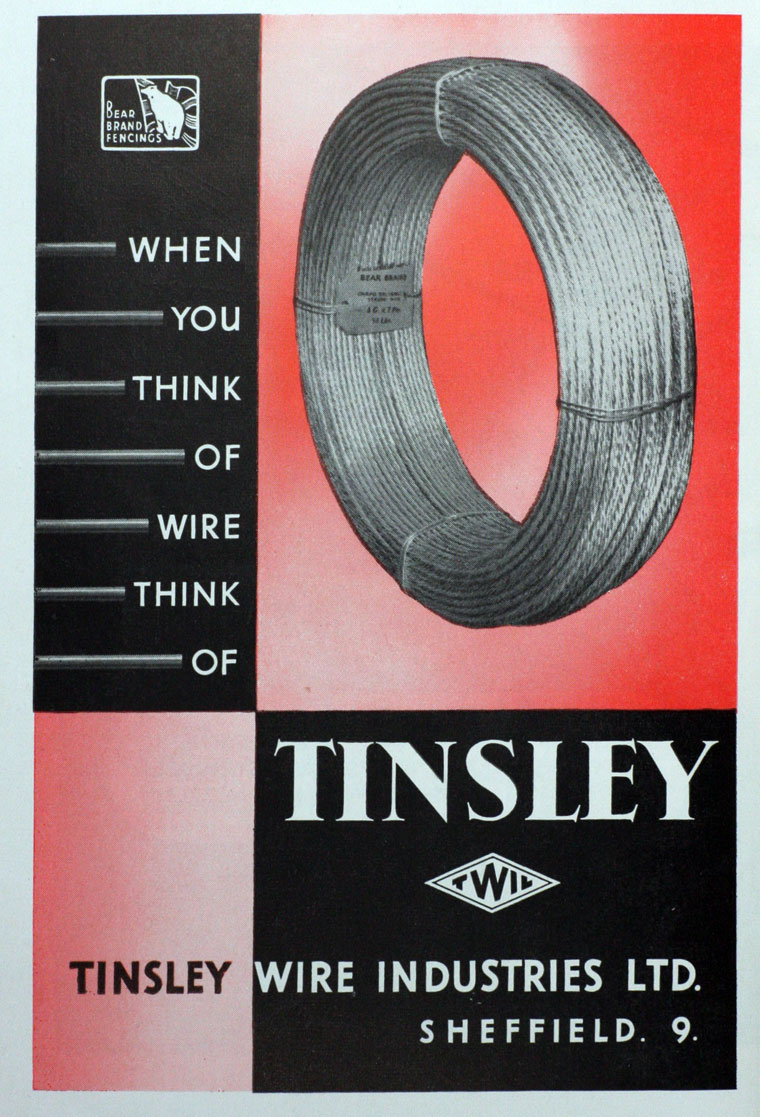 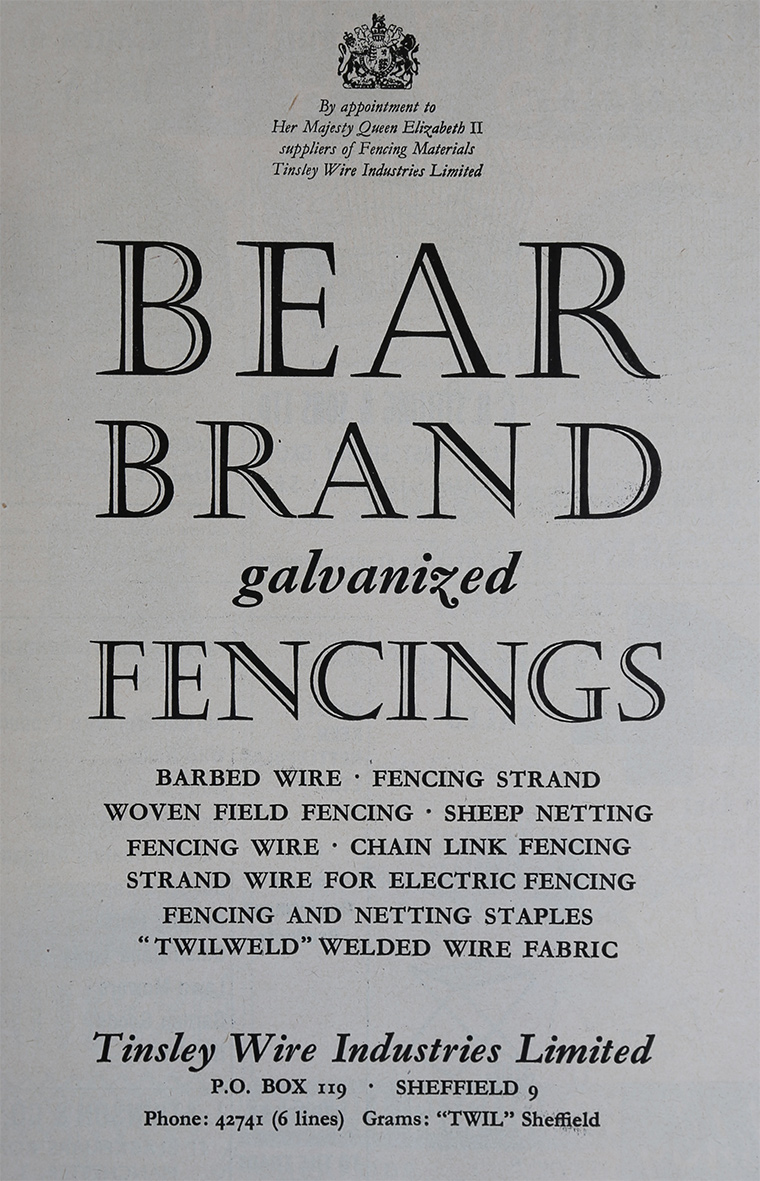 1933 It joined with British Ropes Ltd and the United Steel Companies Ltd in forming Tinsley Wire Industries Ltd with a factory at Tinsley on Sheffield Road.

1968 Both British Ropes and United Steel had interests in Tinsley Wire. Acquired light engineers S. Blanckensee and Son of Cannock[4].

1973 British Steel sold its carbon- and mild-steel wire-making activities at Warrington (Rylands and Whitecross) and at Middlesbrough (Dorman Long) into a new company Rylands-Whitecross, jointly owned by Tinsley Wire Industries and British Ropes[5]