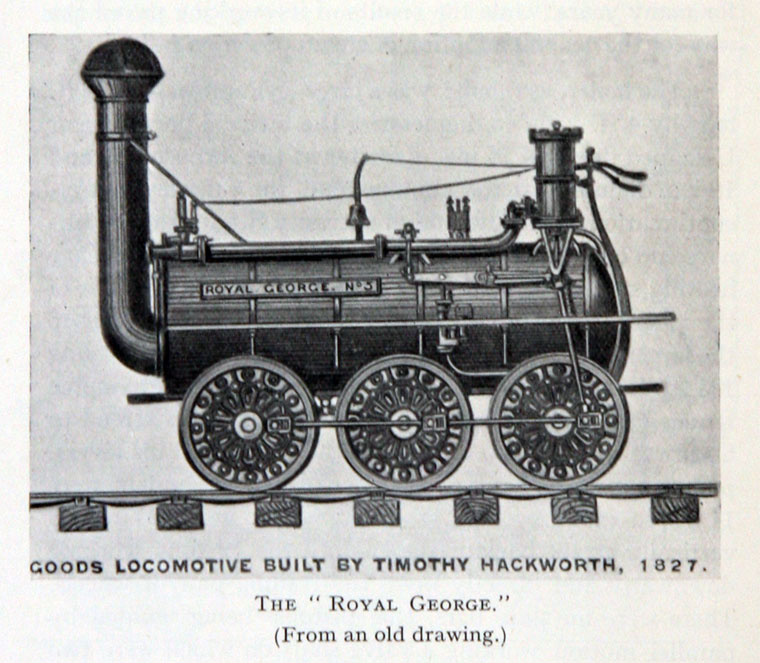 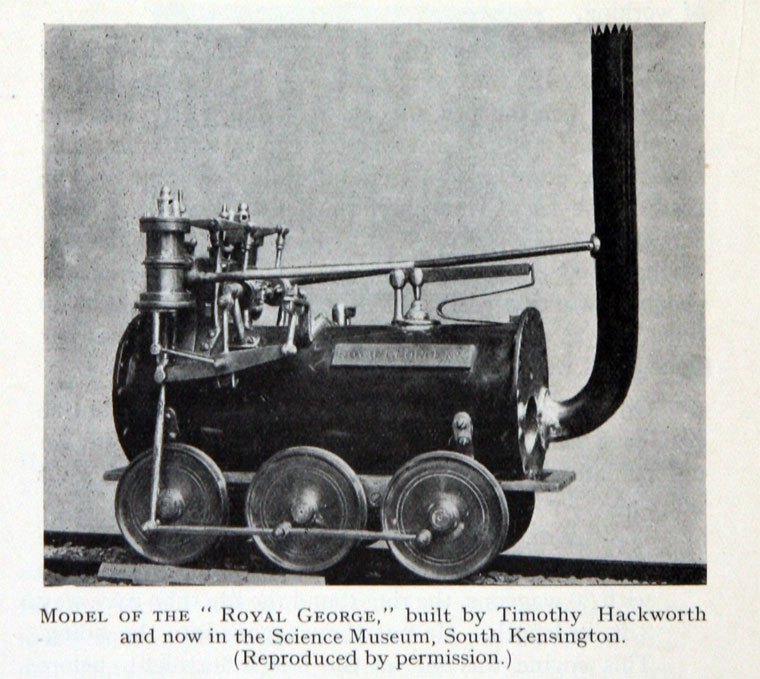 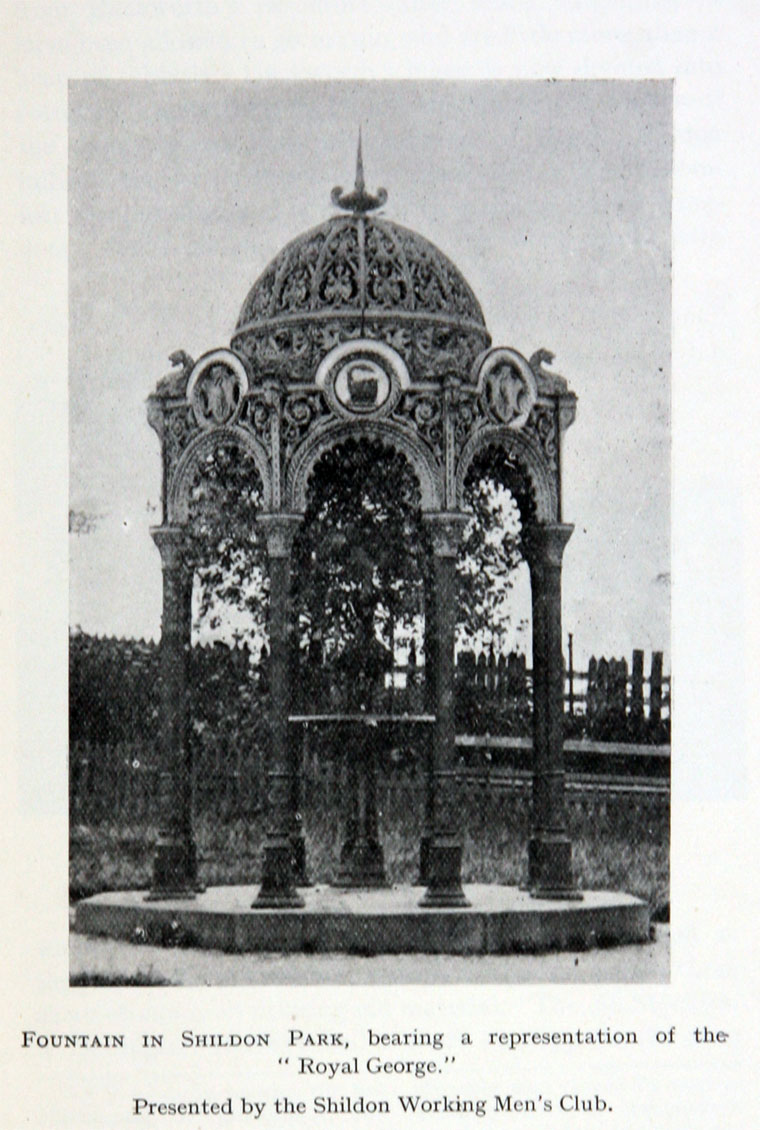 1923. Fountain in Shildon Park with image of 'Royal George'. 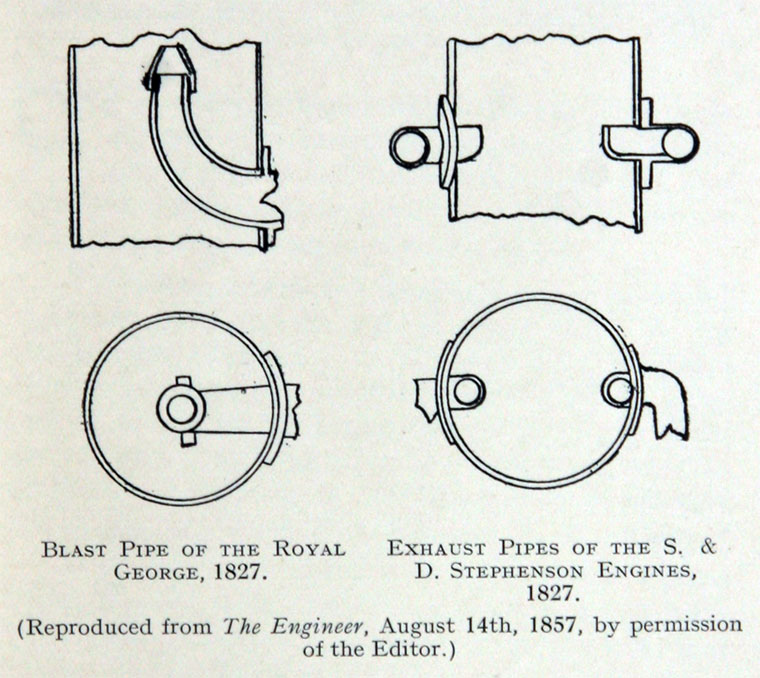 1827 A much improved engine by Timothy Hackworth. It replaced a trial engine from Robert Wilson and Co and this was followed by one from Robert Stephenson and Co which ran for a few months.

The cylinders were vertical and 11 inchs in diameter with a stroke of 20ins. The boiler was 4 feet 4 inchs in diameter and 13 feet long with a return flue and a blast pipe. The engine, used for coal traffic, had six coupled wheels each 4 feet in diameter.

The boiler (removed from Chittaprat) was enlarged in diameter to 4 feet 4 inchs and was 13 feet long. The work was done by John Wight of Lumley Forge, near Durham

The men who erected the engine were Thomas Taylor, foreman, fitter and turner, Thomas Smith, foreman smith, and the pattens were made by John Thompson and Thomas Serginson [1]

The first journey was made on the 29th November 1827