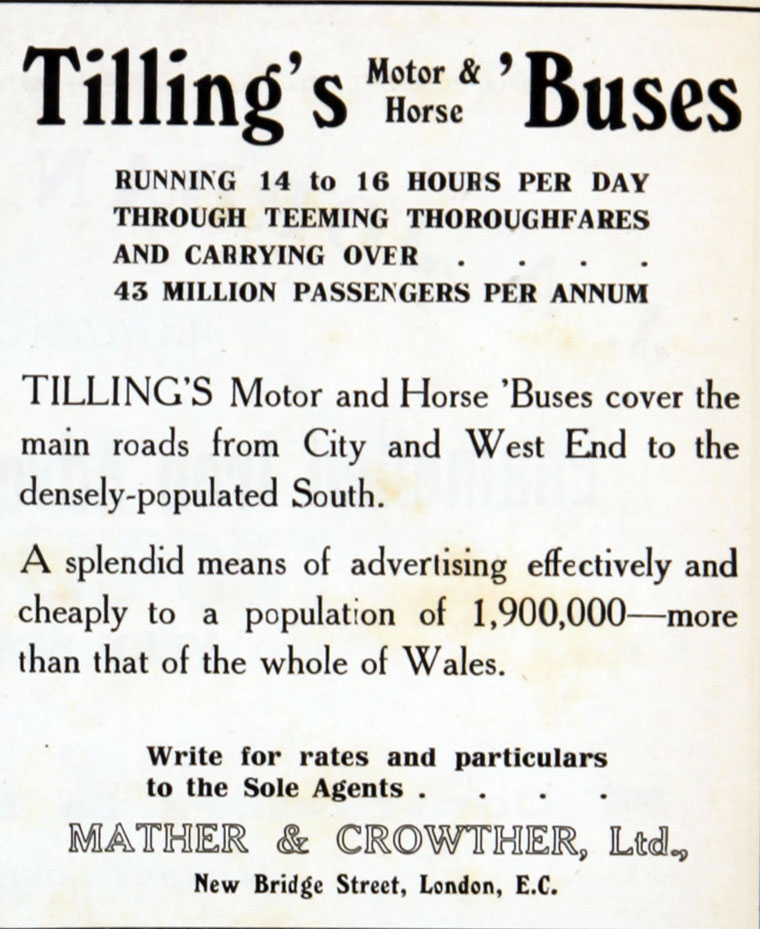 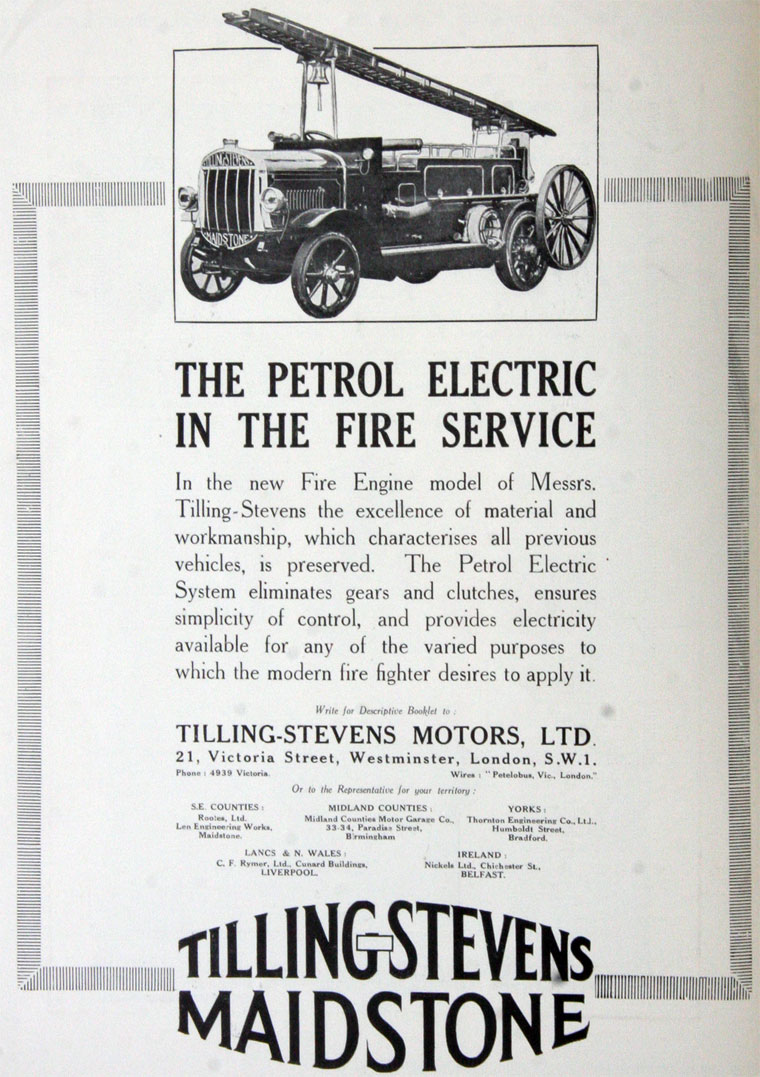 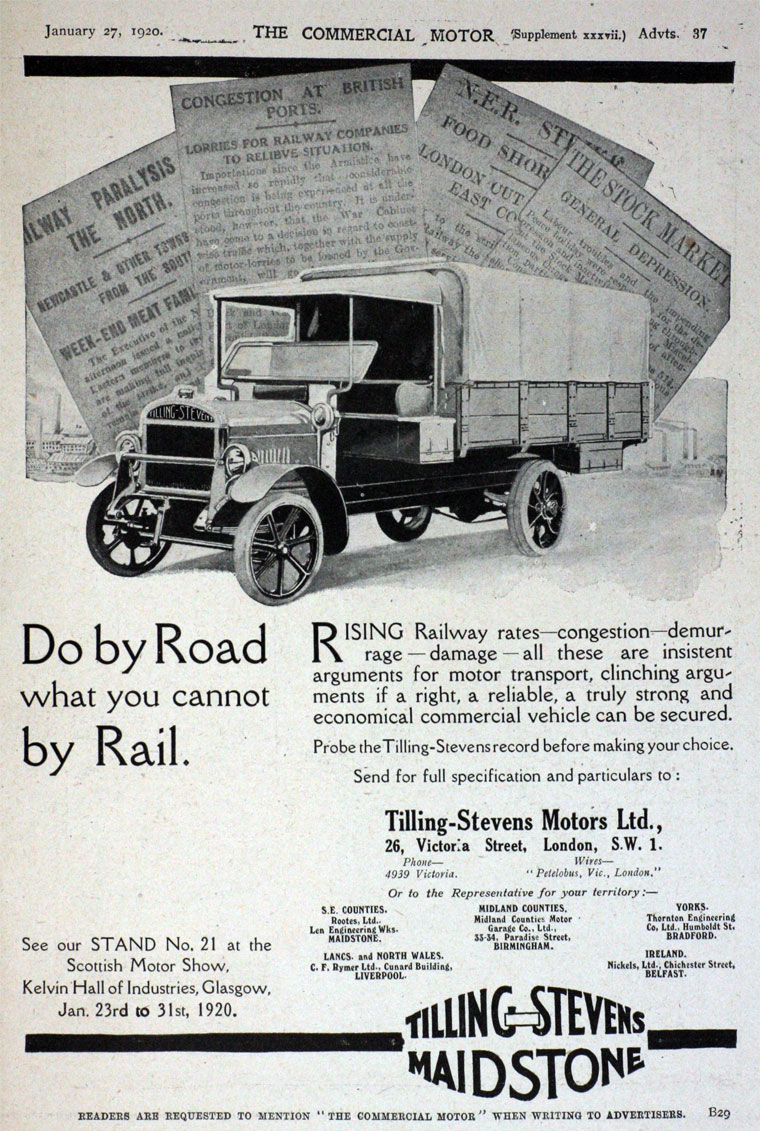 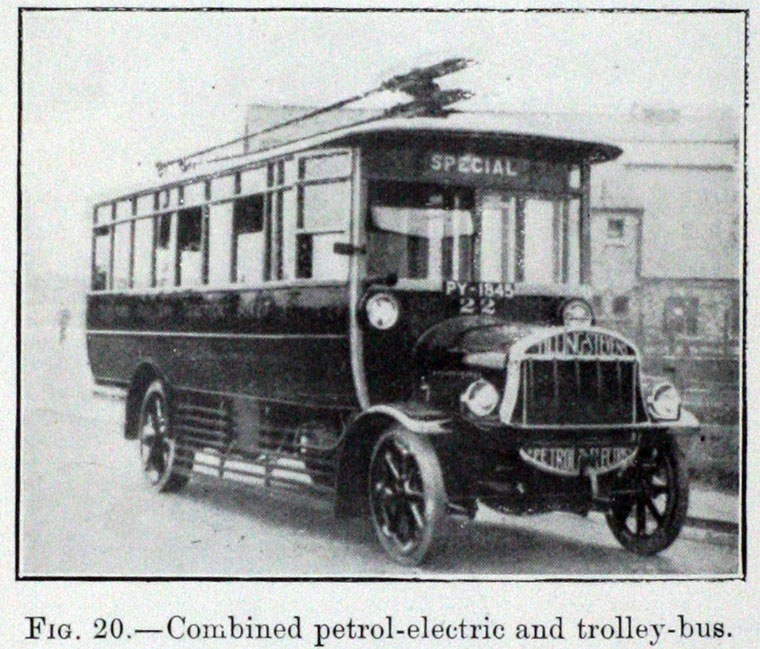 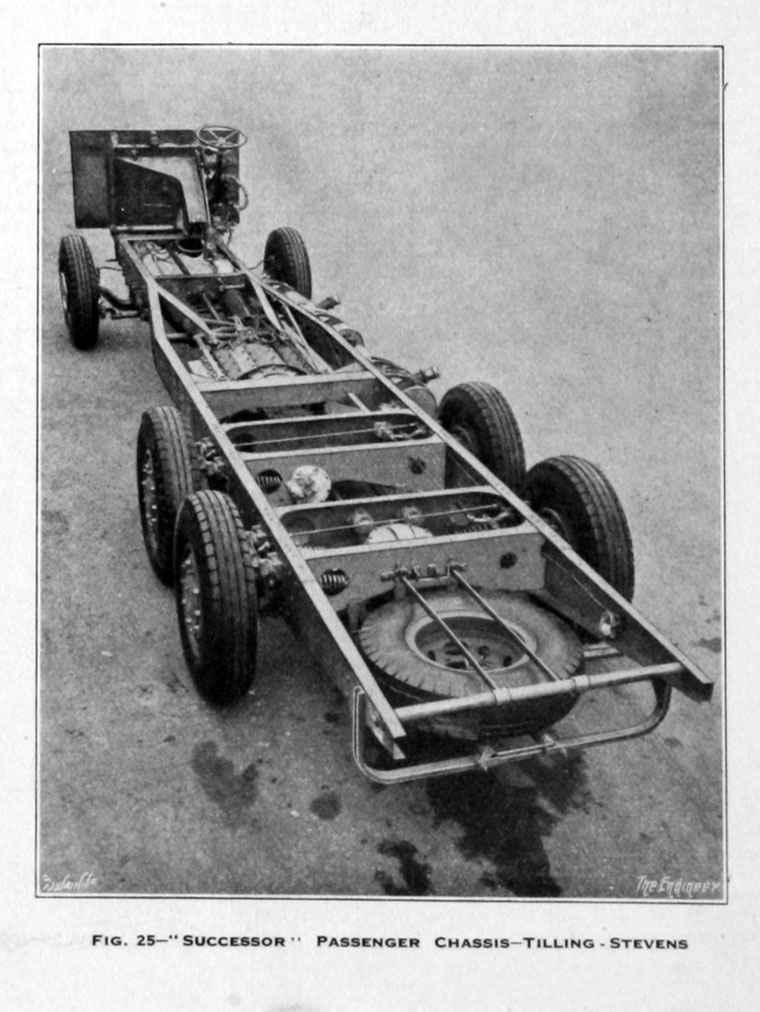 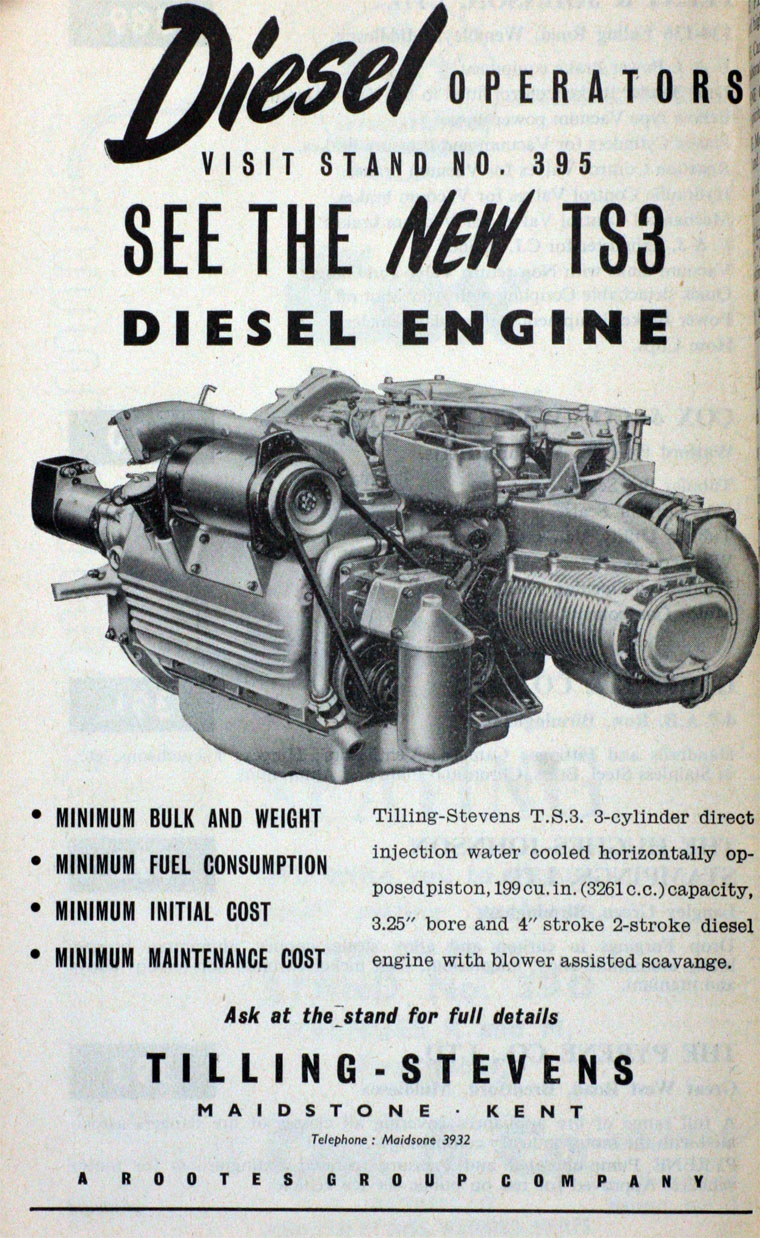 Tilling-Stevens Motors of Maidstone pioneered a petrol-electric system of transmission for the passenger market. A petrol engine was connected to an electrical generator; the current produced passed to a motor which drove the rear wheels.

1897 W. A. Stevens was established in Maidstone, Kent.

1906 Built its first petrol-electric vehicle. The simpler to operate petrol-electric transmission was popular among bus drivers rather than the conventional crash gearbox (in the days before synchromesh) as few bus staff had previously driven motor vehicles.

1907 Contract with J. and E. Hall to convert their petrol trucks to petrol-electric types

W. A. Stevens was purchased by a large bus operator, Thomas Tilling, and renamed Tilling-Stevens.

1911 The prototype TTA1 petrol-electric bus was launched; it used a four-cylinder engine.

After the war, the company failed to invest in updating their products.

1920 October. Exhibited at the Commercial Motor Exhibition at Olympia with electric transmissions for petrol-electric vehicles. Also showed a 40 h.p. chassis for a single-deck omnibus.

1930 Acquired Vulcan Motor and Engineering Co of Southport, Lancashire in 1930 to extend their range (and use Vulcan petrol engines). Production stayed at Maidstone and during the World War II they specialised in searchlight trucks.

In 1950 the company was sold to Rootes Group; whole-vehicle production ceased soon afterwards. The plant continued to produce light commercial engines and vehicle bodies, before finally closing in the 1970s, some years after the group had been acquired by Chrysler.

1961 Manufacturers of diesel engines and transmission units-gearbox and front and rear axles. 900 employees. [1]

Produced the TS3 and TS4 before WWI