Grace's Guide is the leading source of historical information on industry and manufacturing in Britain. This web publication contains 148,161 pages of information and 233,682 images on early companies, their products and the people who designed and built them. 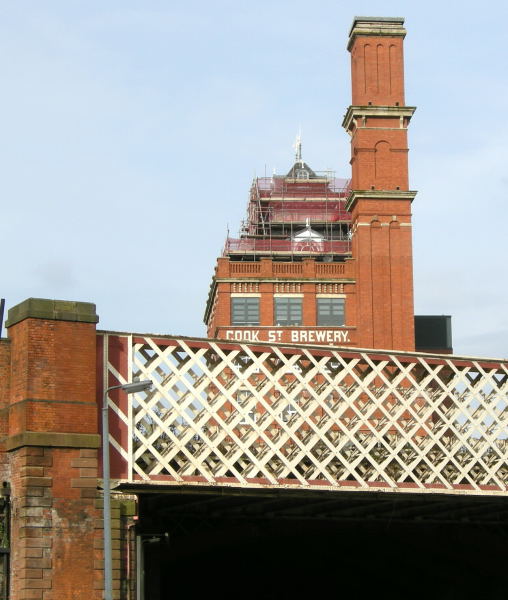 1888 Threlfalls were registered as a Liverpool-based brewer.

Ownership of Salford Iron Works passed from Mather and Platt to Threlfall's Brewery, 'popular' neighbours in more senses than one. Many Mather & Platt employees had their own method of securing supplies of beer through a convenient hole in the wall, which separated the two buildings.

Part of the works subsequently passed to a well-known firm of motor car spring manufacturers. A few of the nineteenth century landmarks, including the weighing-in machine still survived in the 1950s.

1961 Merged with the Chesters Brewery Co and operating from the Cook Street site as Threlfalls Chester brewery.[1]