Grace's Guide is the leading source of historical information on industry and manufacturing in Britain. This web publication contains 143,361 pages of information and 230,031 images on early companies, their products and the people who designed and built them. 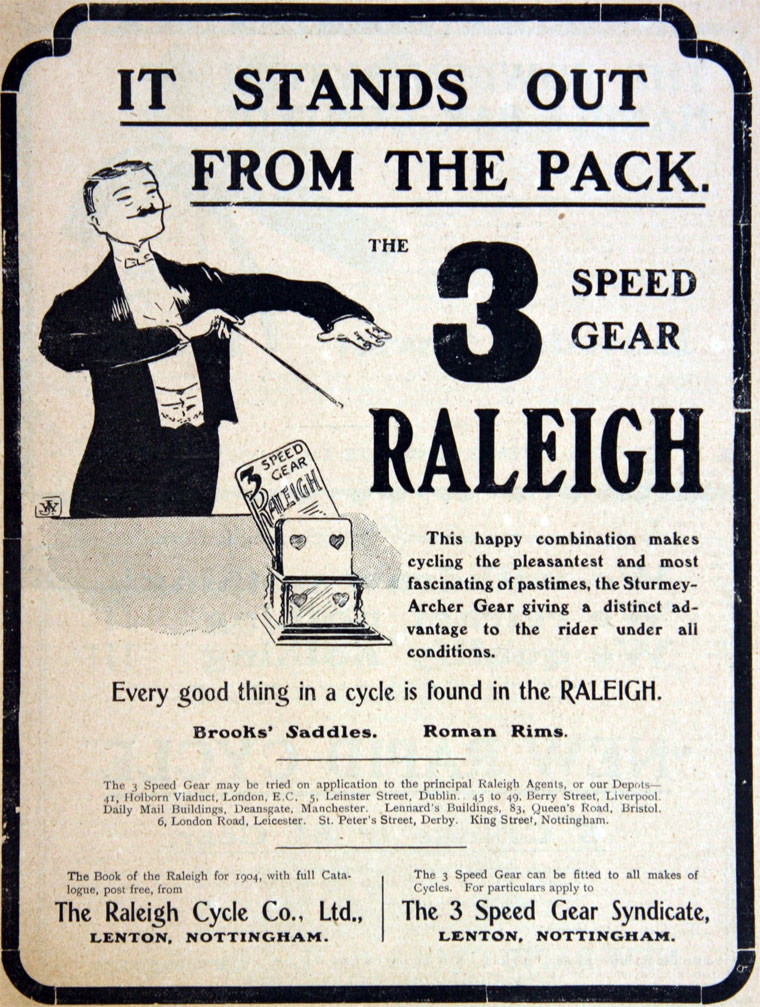 This device had a complex background. It owed something to Henry Sturmey but in practical terms probably more to the mechanic William Reilly, whose designs were patented in the name of a colleague, James Archer, to avoid a restrictive contract Reilly had entered into with the Hub Two-Speed Gear Co.

1900 The gear was used in an experimental light car that Sturmey built in 1900 and was subsequently used for motorcycles for a few years but found its appropriate application in the cycle.

1903 Company formed by Frank Bowden to produce the three-speed gear hub later known better as the Sturmey-Archer, Bowden having obtained the rights to both the Reilly/Archer and Sturmey 3-speeds. Reilly's hub went into production as the first Sturmey-Archer 3-speed.

Post-1904 Sturmey appears to have had no significant involvement with the syndicate after 1904, when he sold it his foreign patent rights. [1]