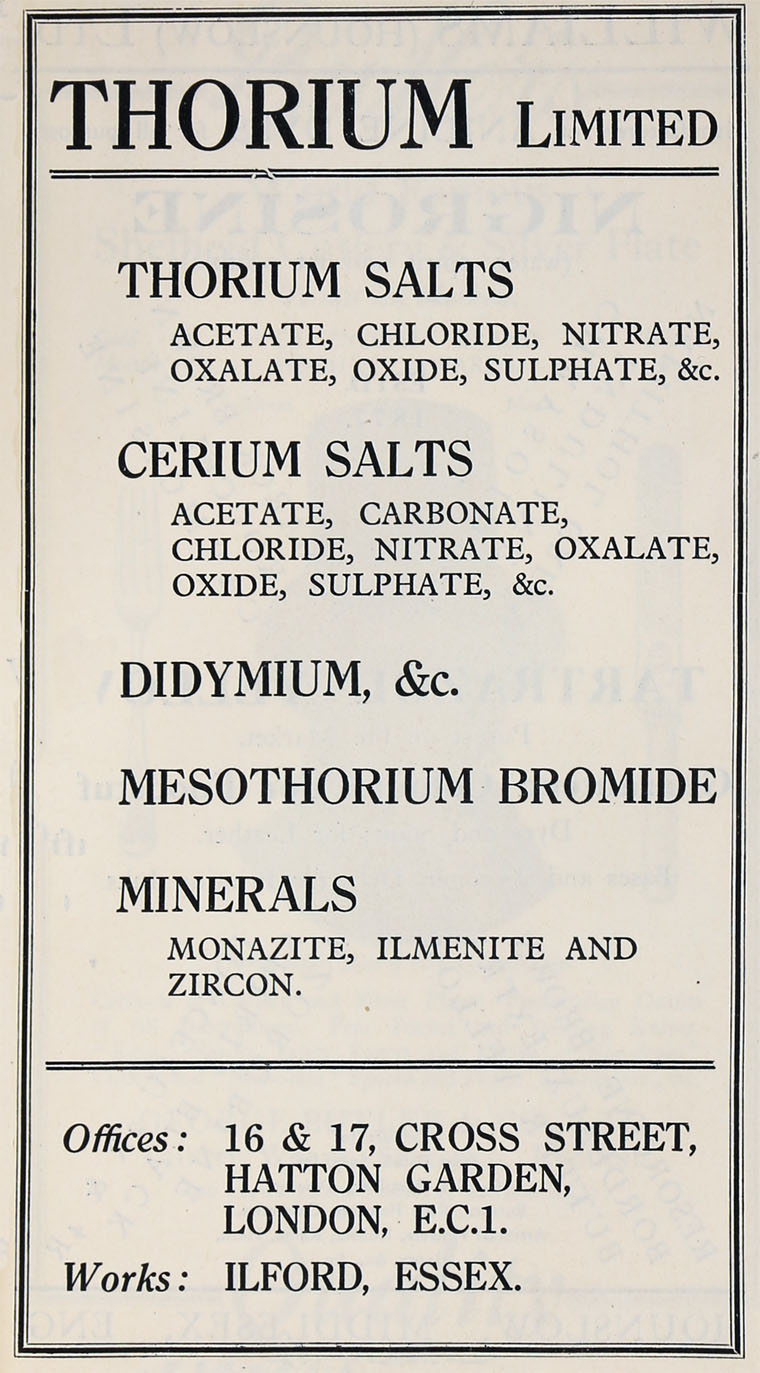 1959 The company was acquired from Howards and ICI by Rio Tinto, who produced the raw feedstock as a by-product in Canada, and Dow Chemicals, in order to make certain high performance alloys[4]

The factory occupied by Thorium Ltd was demolished some time ago, and 10,000 tonnes of contaminated material from the factory had to be dumped at sea.