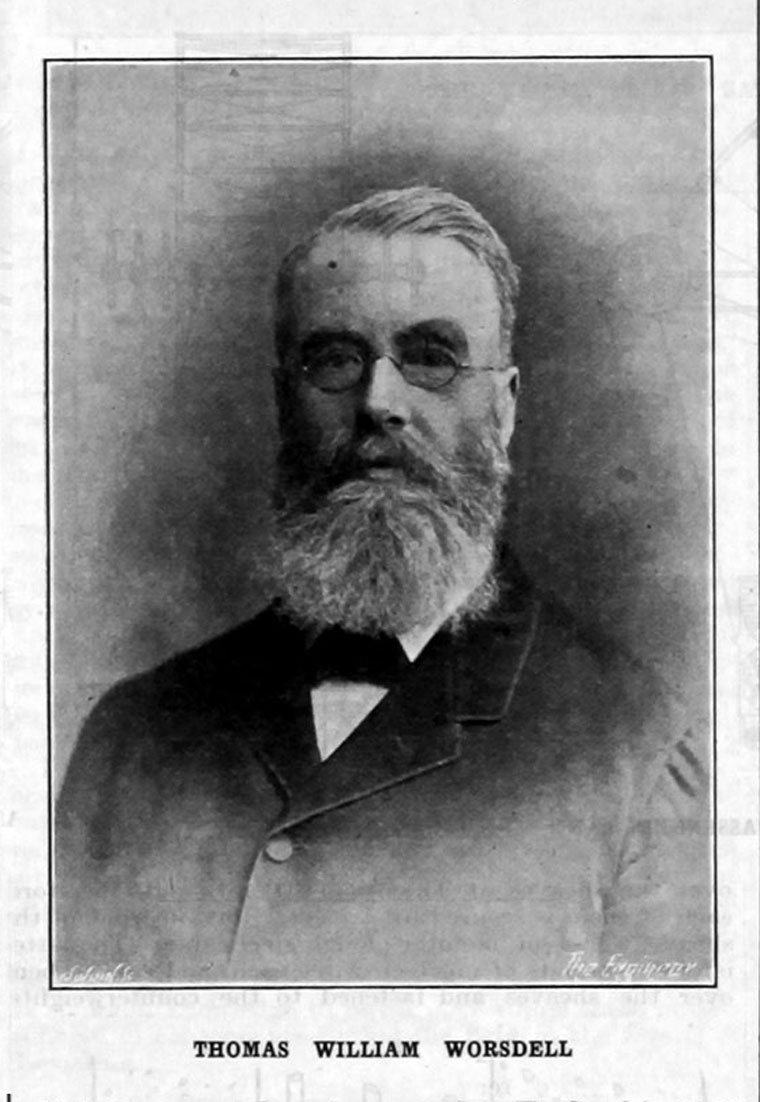 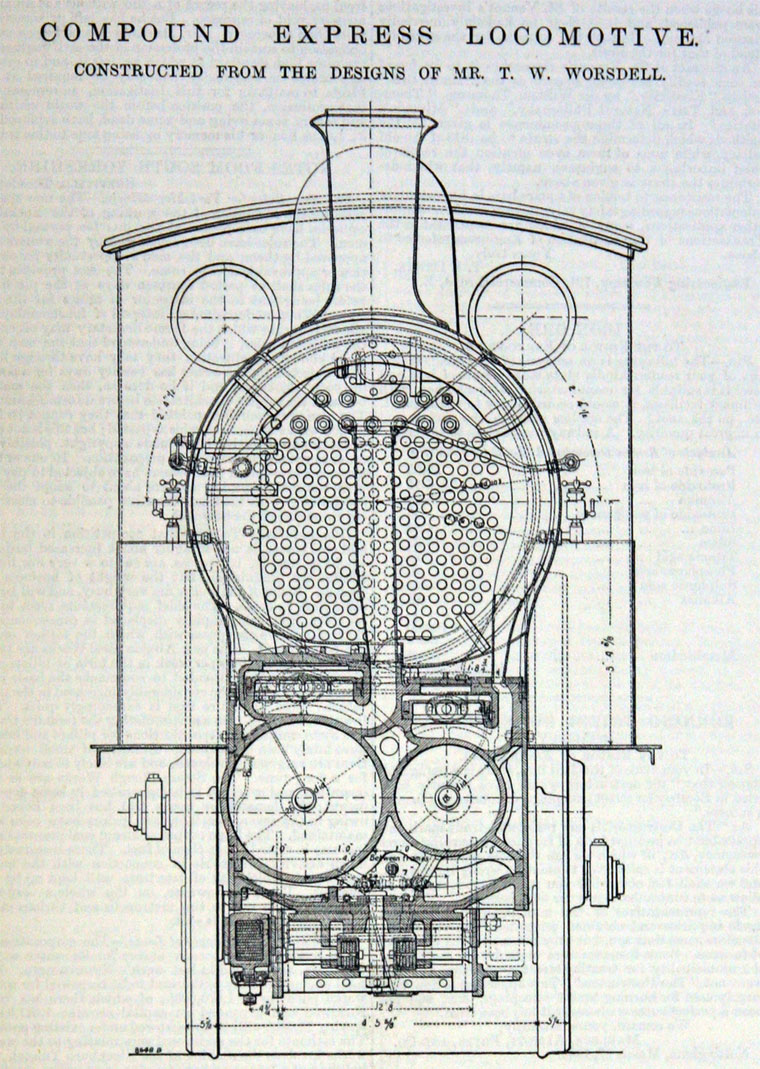 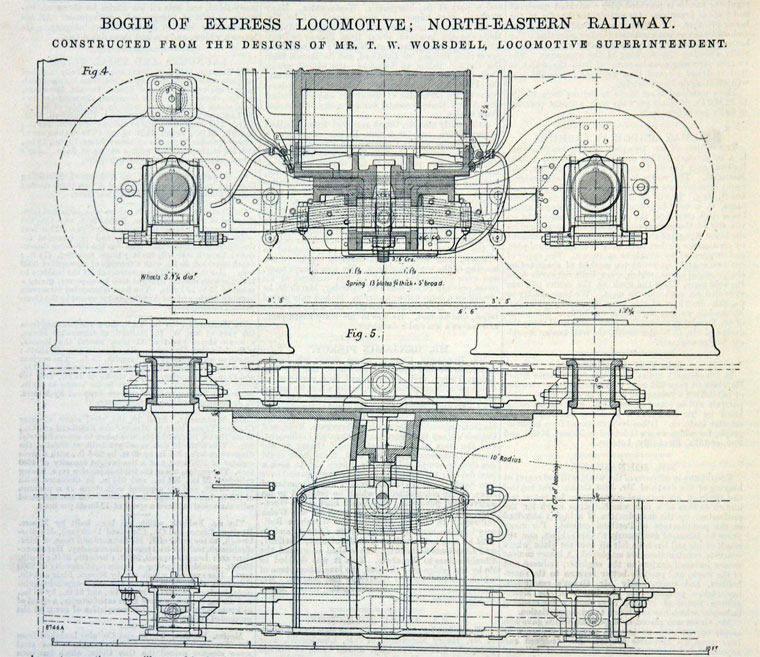 c.1855 apprenticed to the Birmingham engineering works of his uncle Thomas Worsdell (1818–1893), another of Thomas Clarke Worsdell's sons.

1861 Became manager of the works

Worked on the Pennsylvania railroad until 1871 when he returned to England as works manager under Francis William Webb at the London and North Western Railway's Crewe works.

A strong advocate of compound cylinder locomotives, six of the fifteen classes he designed for the NER were of this type.

1890 resigned due to ill health and was succeeded by his brother Wilson. He joined the Institution of Mechanical Engineers in 1864, serving as a member of council in 1886–92.

THOMAS WILLIAM WORSDELL was born in Liverpool on 14th January 1838.

His father was at that time superintendent of the "Coaching" Department of the Liverpool and Manchester Railway, and remained with that Company, and its successive amalgamations into the final London and North Western Railway, for 52 years.

After early schooling in Liverpool and Crewe, Thomas W. Worsdell went to Ackworth School for five years, and subsequently to Queenwood College in Hampshire.

On leaving there he went into the railway carriage works at Crewe, principally in the timber yard department, but soon left to be apprenticed to an uncle in Birmingham, who was in business as an engineer and machine maker. Before completing his apprenticeship he was appointed a foreman in the shops at the age of twenty.

The long hours and extra work caused his health to give way, and, after a serious illness, he was engaged at Crewe in the drawing-office of the Locomotive Department under the late Mr. John Ramsbottom. About two years afterwards he undertook the sole management of an engineering works in Birmingham for five years, but, the firm not keeping to their agreement, he left in 1865 for the Pennsylvania Railroad, where he was soon appointed Master Mechanic, having charge of their principal works at Altoona, Pa., and the construction of engines, cars, machinery, etc., and several iron bridges. He remained with that Company for 61 years.

In 1871 he was appointed the manager of Crewe Works, and held that position for ten years, during which time very large extensions were made to the works. The Railway Company built all their locomotives and machinery, and had large steelworks which produced the castings, forgings, and, for a time, rails.

Mr. Worsdell was Justice of the Peace and a Member of the Crewe Local Board, being Chairman in 1875, when the disposal of the town sewage was re-arranged, and after the incorporation of the town was Chairman of Committees.

In the beginning of 1881 he was appointed Locomotive Superintendent and Mechanical Engineer of the Great Eastern Railway; during his time great extensions of works and lines took place, and here lie designed and built 20 large compound passenger engines.

In 1885 he accepted the post of Locomotive, Carriage, and Wagon Superintendent to the North Eastern Railway, and early in that year took charge of that department, remaining until the end of 1890, when failing health caused him to retire; but lie was requested to continue as their consulting engineer for the mechanical departments.

In the beginning of 1893 he retired, and, apart from some occasional consulting work, gave up further activities.

His death took place at his residence at Arnside, Carnforth, on 28th June 1916, at the age of seventy-eight.